The European version of the Tesla Model Y is being revamped with new adaptive headlights, but thanks to an outdated U.S. law, the cutting-edge technology is not yet allowed in American iterations of the popular electric car. 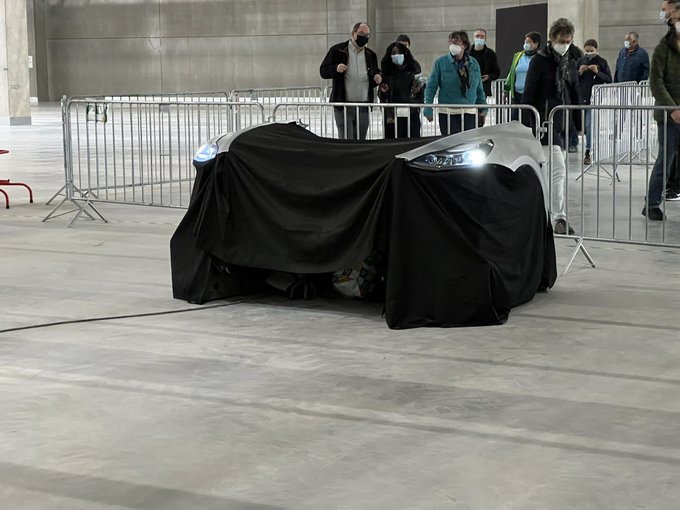 During the recent Giga Fest at Tesla’s Giga Berlin plant, the company provided a demo of the new lights, showing off their precision and power by having them project the word “TESLA” on a wall inside the factory. 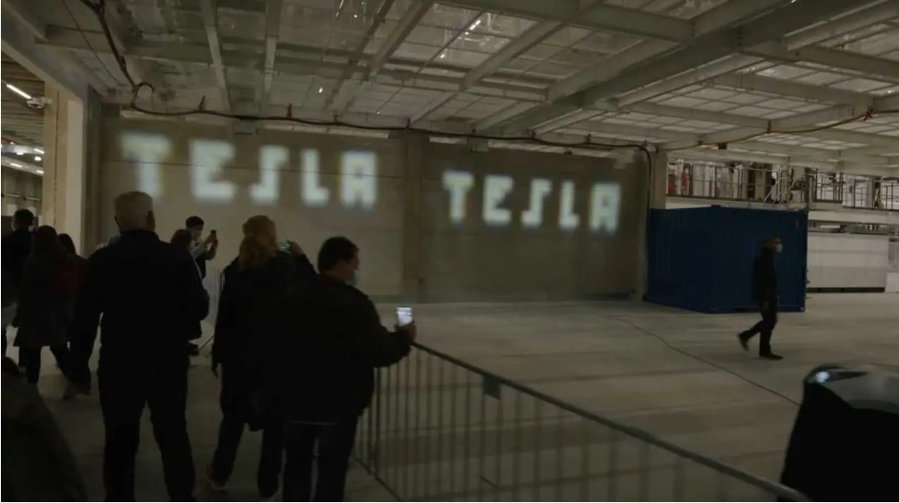 In response to a twitter post from Tesla fan Paul Kelly, the company’s founder and CEO Elon Musk replied, “Yeah, headlights are precision LED, so they can be bright without blinding oncoming traffic, pedestrians, and cyclists.” 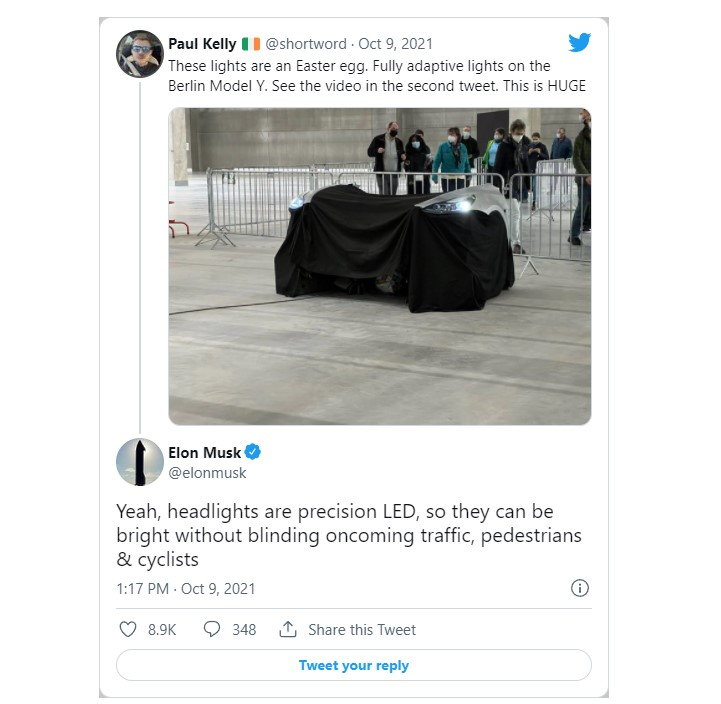 And while there were no details released about the adaptive headlights, it is assumed that they were showcased in the Made-in-Germany (MIG) Model Y during the factory opening tour because they will be a standard feature of the car when it comes out of production, possibly as early as the end of November 2021. 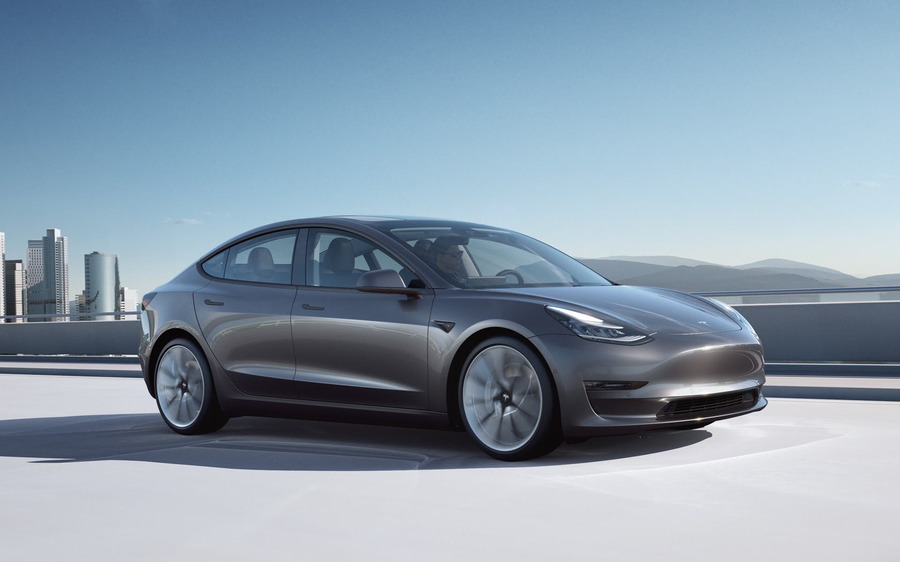 Adaptive driving beam headlights, or ADB lights, are smart technology that far surpasses even systems that automatically switch between high and low beams. They provide a constant light to the driver that’s as bright as a traditional high beam headlight. To make sure they don’t blind other drivers though, they have special light units that can alter the brightness, direction, and even shape of the beam as needed. The system knows how and when to change the light due to a host of sensors that are built into the car. When an oncoming vehicle approaches, the smart lights will cast a shadow in certain directions while still providing the driver with a bright, pinpoint-accurate beam.

There are several European automakers already incorporating this smart tech into their vehicles. ADB lights are available in the Audi e-tron, Cadillac XT6, Polestar 2, and the Lexus RX. 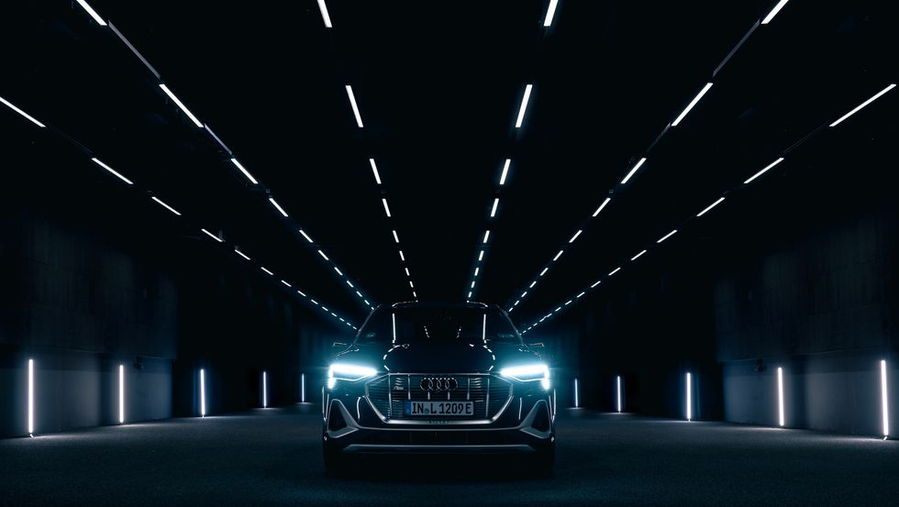 In some versions of ADB lights, the beams can also shift direction as the vehicle goes around curves. This is particularly essential to helping cars become autonomous as they need the light to follow any curve for best performance.

But before Tesla can realize its dreams of going fully automated with its cars in the U.S., it will have to lobby for the repeal of Federal Motor Vehicle Safety Standard No. 108, a government regulation dating back to 1967 that prohibits headlights that can operate both low and high beams at the same time. Back then, it was intended to reduce traffic accidents, but it’s obviously based on antiquated technology, as today’s ADB lights would help with safety and prevent more collisions than today’s standard headlights.

American car manufacturers currently self-certify their compliance with the law, adding a Department of Transportation symbol to all their lights and reflectors. However, over the past few years the U.S. Automotive Alliance has called the half-century-old regulation “overly stringent and not based on modern headlight systems.” 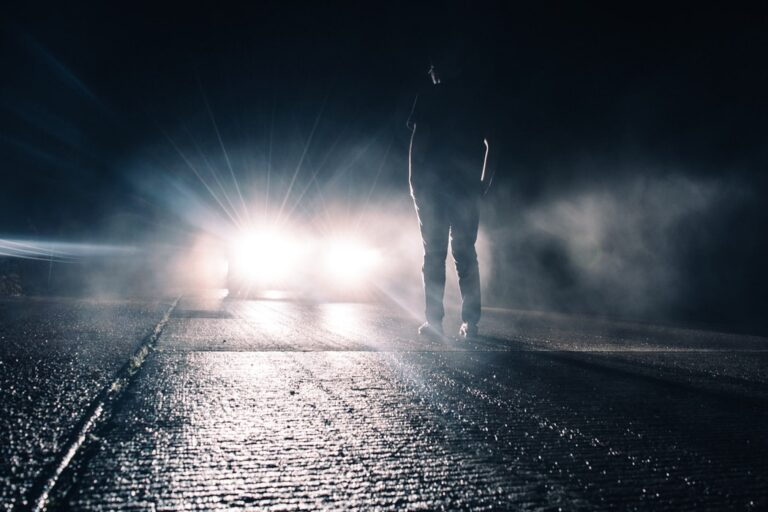 Until enough pressure is applied on the government to overturn the existing rule, U.S. consumers will have to sit on the sidelines and watch as Europe and Asia move into the future with smart headlights in Tesla and other car brands.