The designers of a master-planned region of China have considered every detail, even bringing down the Moon for residents and visitors to admire. 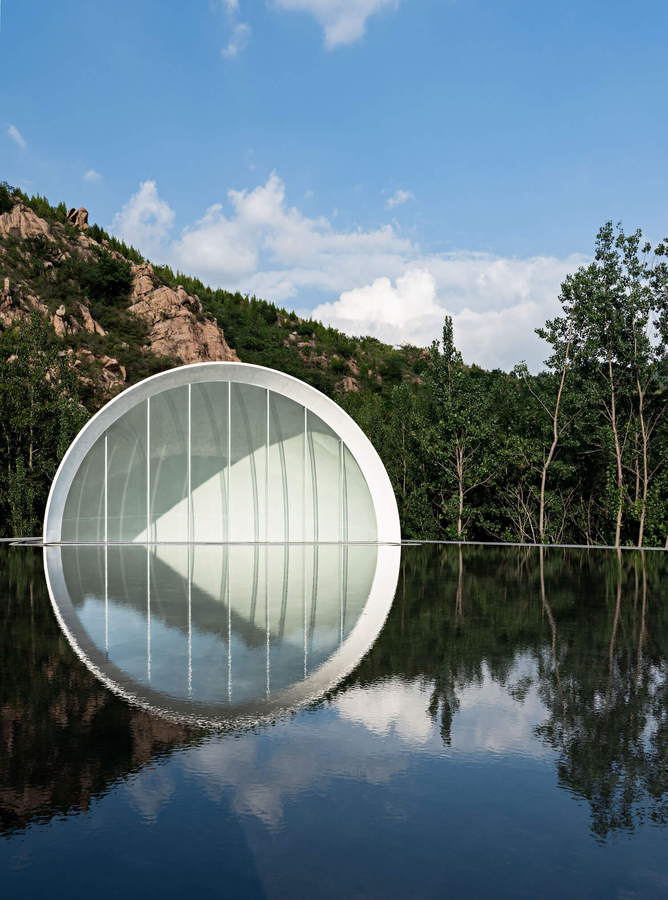 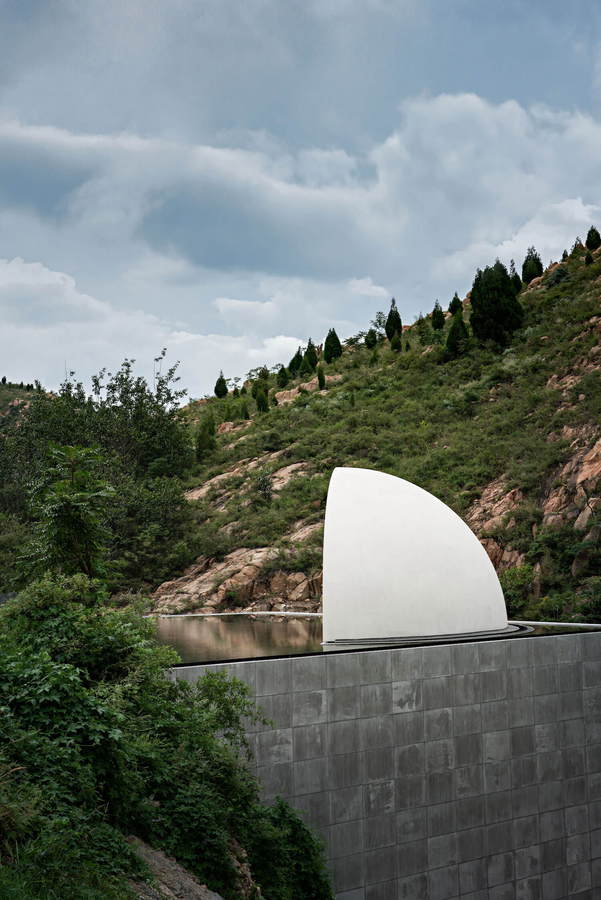 Designed by SYN Architects, the “Hometown Moon” chapel in the Shandong village of Tai’an is a two-story structure with an enormous semi-circle of glass and concrete sitting atop a reflecting pool, causing it to appear as one great shining orb. Inside the ground floor, an identical half-circle descends from a mirrored ceiling, producing a similar effect. 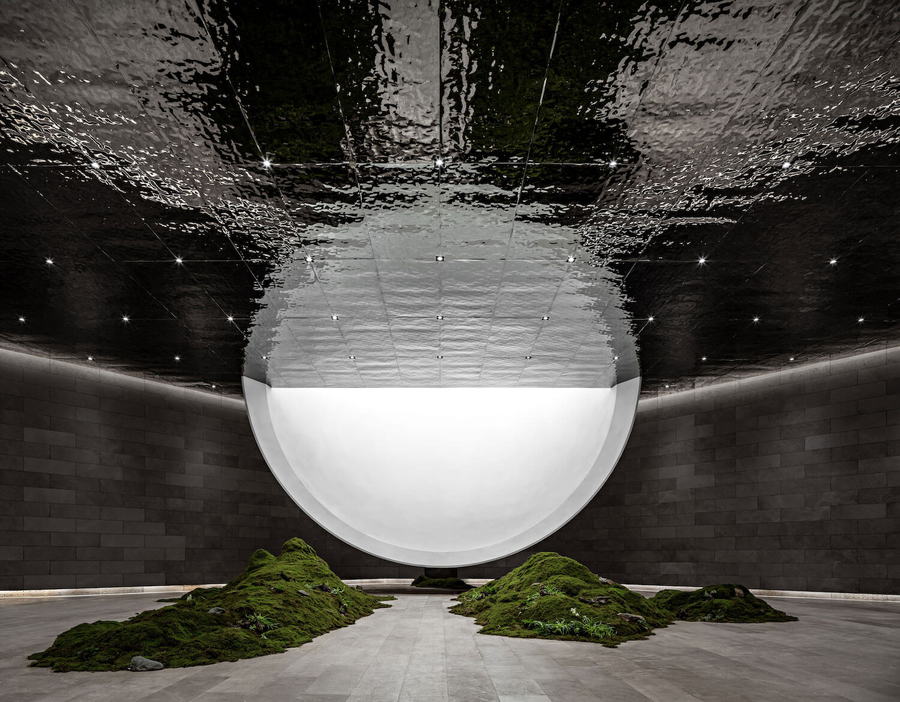 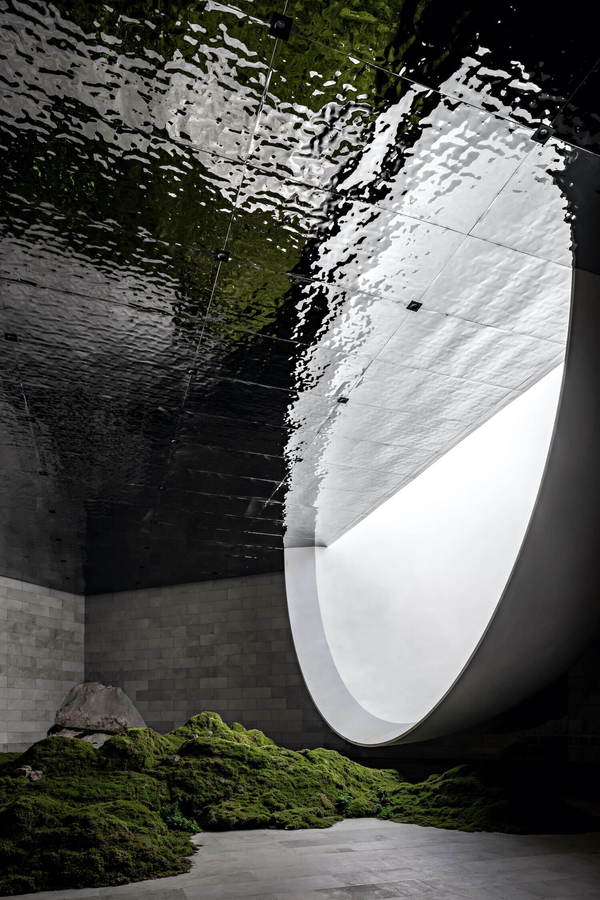 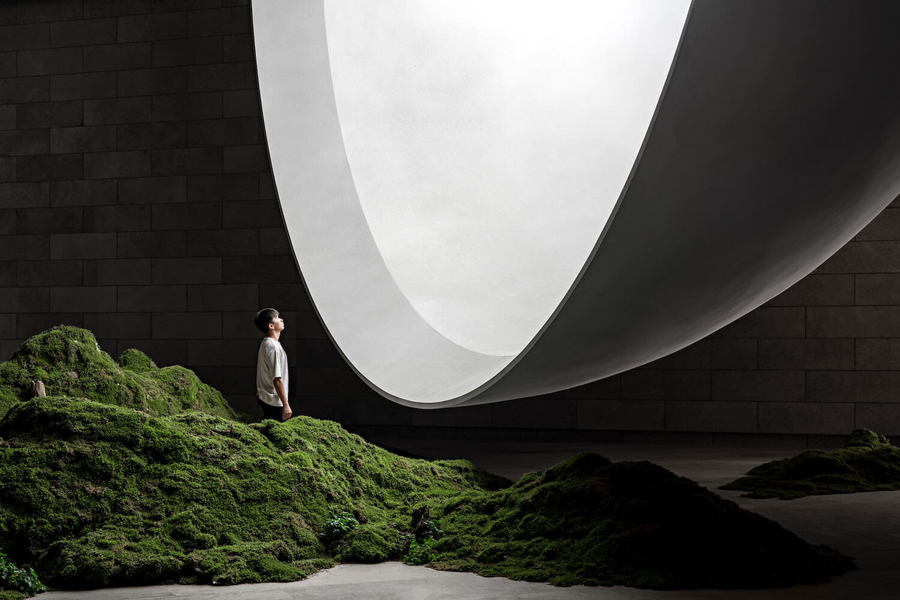 The 11,000 square-foot ceremonial hall was commissioned by the Shandong Lushang Group as part of a larger project to develop a 20-square-mile mountainous region of rural villages, and to bring more tourism and business to the area. The Hometown Moon is the second attraction on that particular hill. In 2019, the billowy “Hometown Cloud” structure emerged from the green hillsides of Tai’an, but the regional planners wanted more. 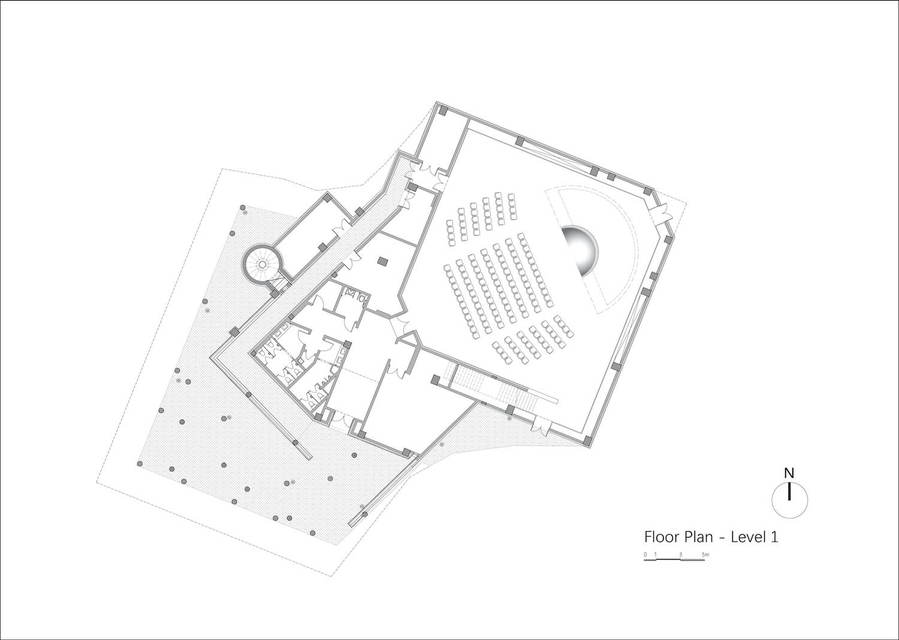 The Moon was strategically placed to face the Cloud without blocking the view of the beautiful mountain behind it. SYN Architects took great care to incorporate the Hometown Cloud into their plans for the chapel, creating an entire experience with nature for visitors. For instance, the parking lot was purposefully set far away from both structures, requiring guests to take a roughly 10-minute walk through the bushes and rocks, further immersing themselves in the natural surroundings and breaking away from their normal lives. 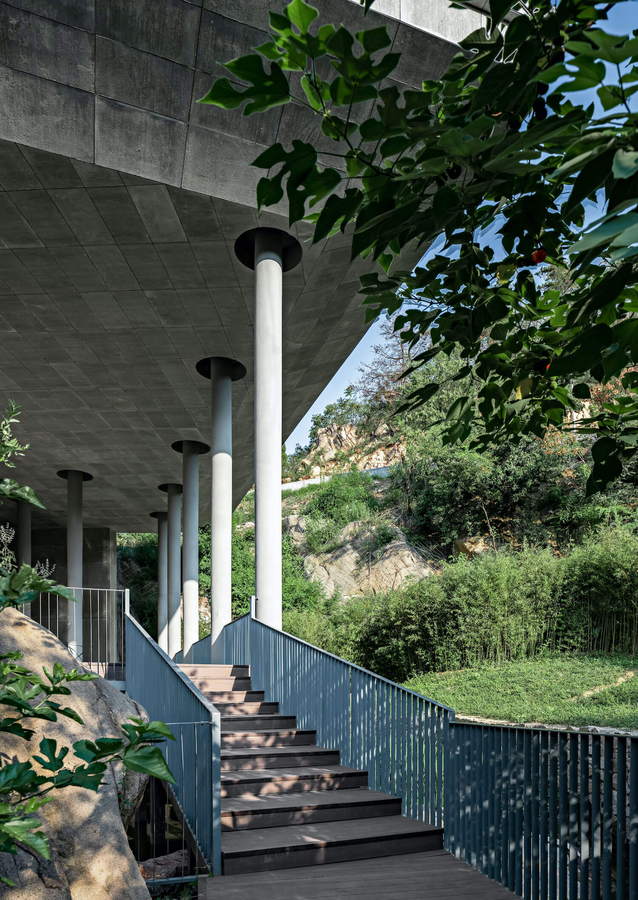 As they journey, tourists will catch glimpses of the semi-circle rising above the pond, and the spectacle will dip playfully in and out of sight until they reach the chapel where the moon then looms large in front of the surrounding landscape.

Once inside, the lunar-like orb continues to glow, suspended from above and flanked by mossy rocks that mimic the outside world. Visitors can reach out and feel the celestial sphere as it almost touches the floor. 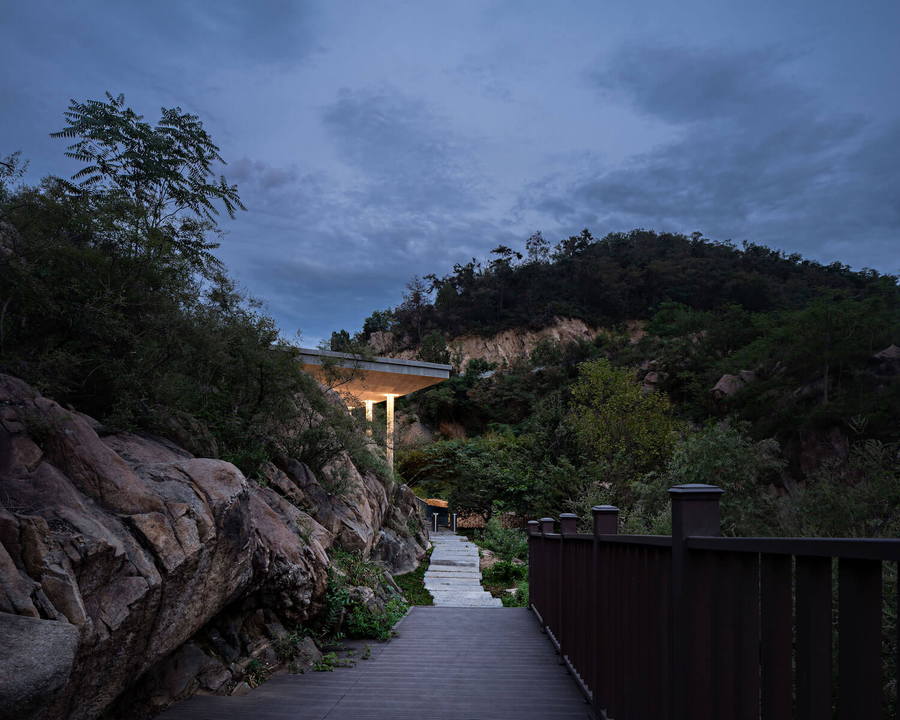 The symbolism of the Moon, especially one that never sets, was chosen for this event center, especially considering the many weddings that may be held in the chapel. Single individuals, entering as less than whole, emerge bonded with their other half, now a fully completed entity. The traditional Buddhist principles of harmony, perpetuity, comprehensiveness, and endlessness are also embedded in the contemplative spaces throughout the facility.

The Beijing-based company hopes that connection with those values and the organic world around the Hometown Moon will provide a long-lasting repose from the rush of every-day living. 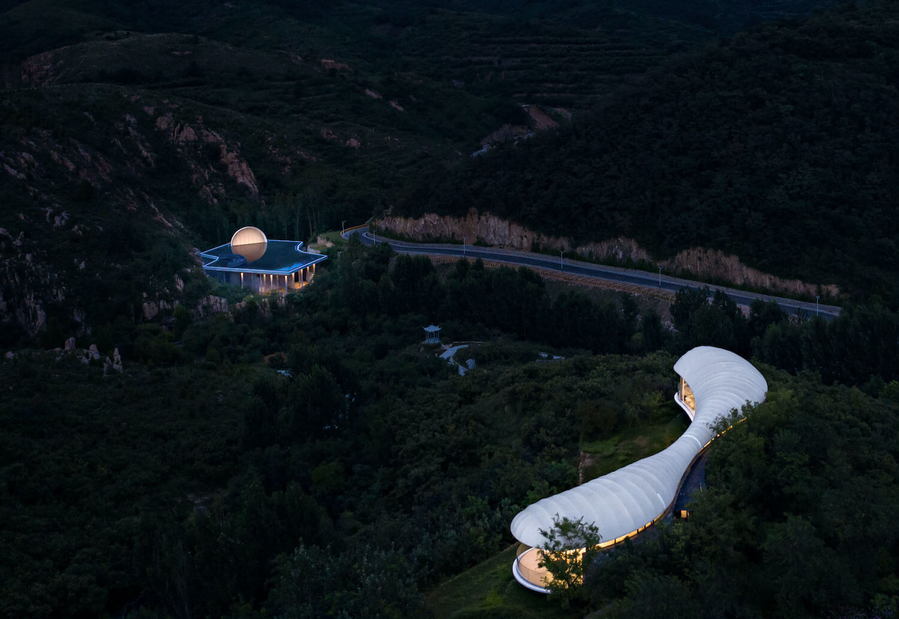 “Since the completion of the building, it has started a dialogue with users and nature. I look forward to seeing it being modified over time, further blending with the environment as the trees grow,” says Zou Yingxi, lead architect of SYN architects. “Each architecture has two destinies: being destroyed or being protected. I look forward to creating an architecture that is reluctant to be destroyed. It will be the highest achievement of my career. For this reason, I will bestow deeper meaning to my architecture and create more emotional bonds for its users. I hope that the Moon can become this kind of architecture. Even if it disappears in time, it will still exist in our spiritual world.”