Before you even enter the new Shanghai Astronomy Museum, you feel like you have entered the realm of space. 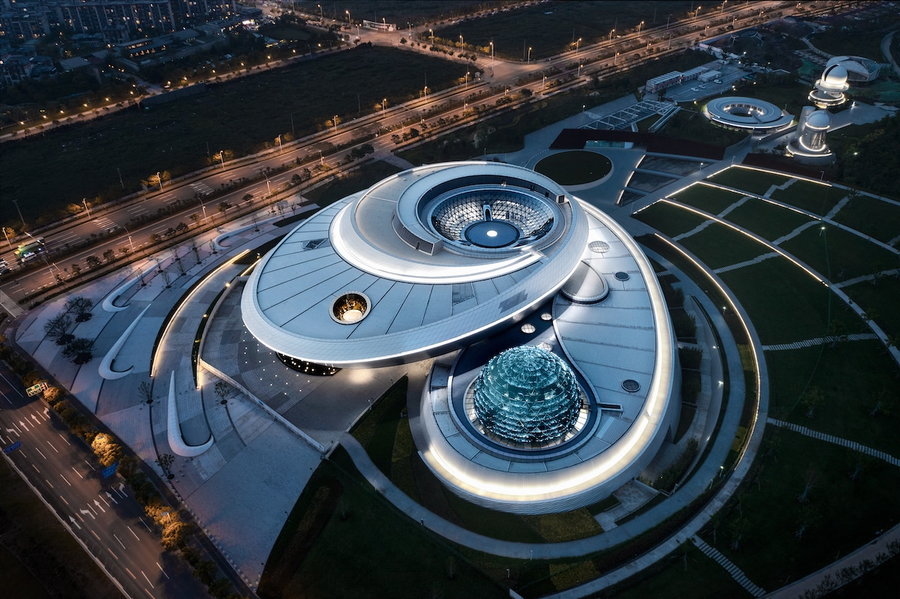 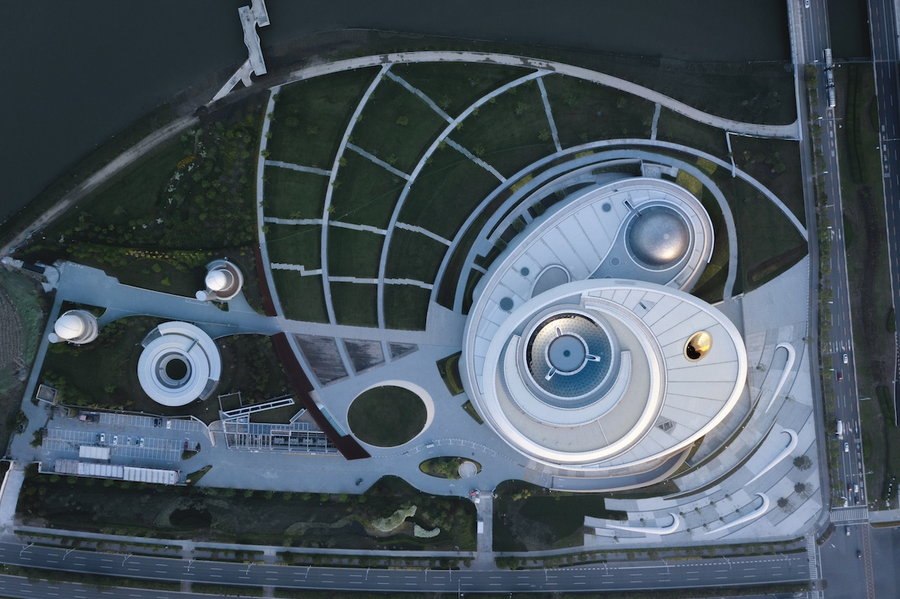 The curved walkways orbit you around circular buildings and a planet-like dome rising from the horizon. As you follow the path, you are pulled into the gravity of the massive 420,000-square-foot building that is the latest addition to the Shanghai Science and Technology Museum association. Designed by Ennead Architects, the astronomy structure is said to be the largest of its kind on Earth. 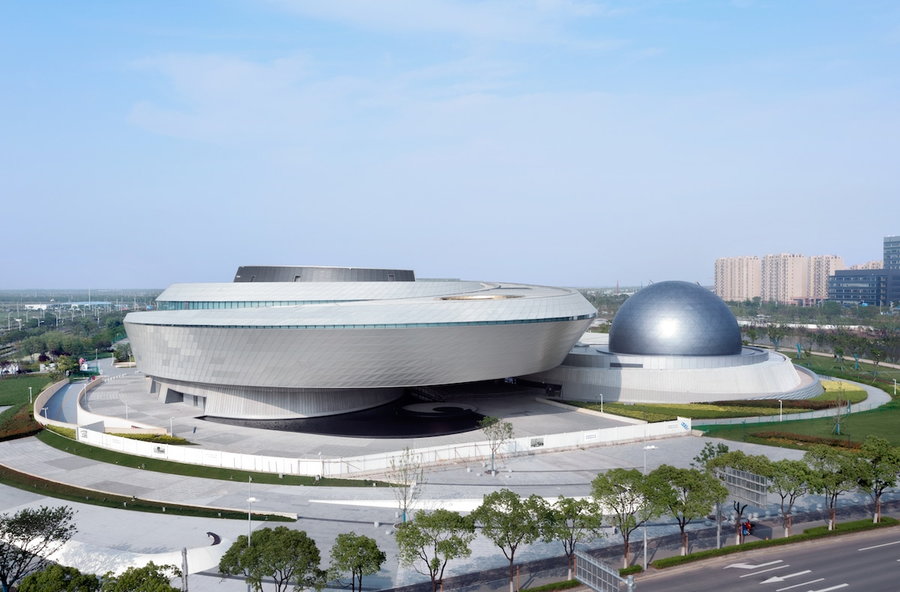 “In making this building, we wanted to create a place where the institutional mission is fully enmeshed with an architecture that itself is teaching and finds form in some of the fundamental principles that shape our universe,” said Ennead partner Thomas J. Wong in an interview with Dezeen. “The big idea of the Shanghai Astronomy Museum was to infuse a visceral experience of the subject matter into the design, and to deliver that before you even enter the building, and at the end of your visit, there is this culminating moment directly with the sky, which is framed and supported by the architecture.”

Wong explained that his company focused on three main elements for this extra-terrestrial project. First, visitors pass through the Oculus, a skylight surrounded by gold plating that allows brilliant sunlight to move in its trajectory throughout the day across the courtyard and over the reflecting pool. 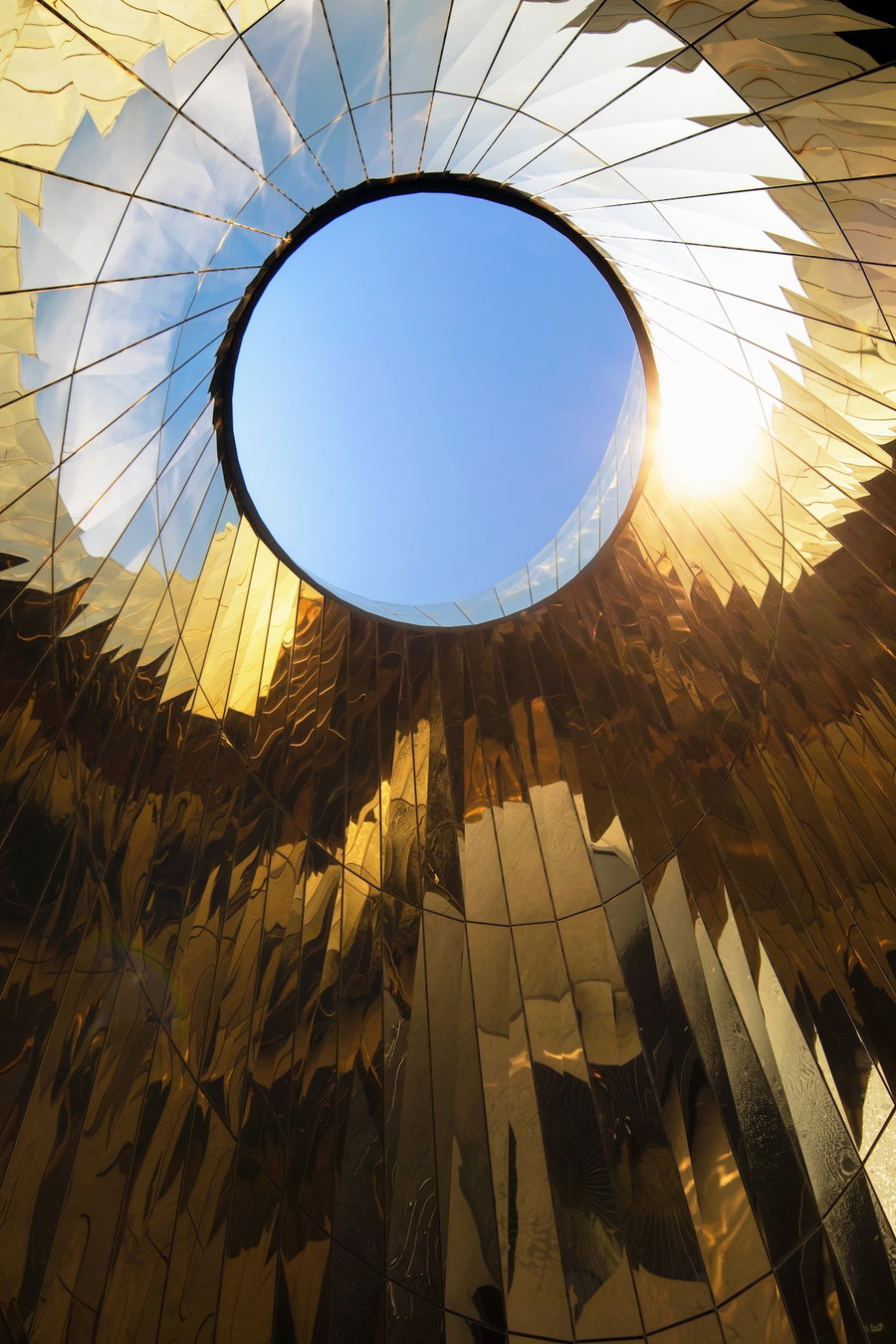 “We are within a universe that is continuously in motion, something as essential as it is easy to overlook,” says Wong. “The notion of orbital motion and its relationship to time became a primary source of architectural inspiration.”

The second crucial design element was the planetarium sphere, which appears to be suspended in air at the far end of the building across from the main exhibition halls. 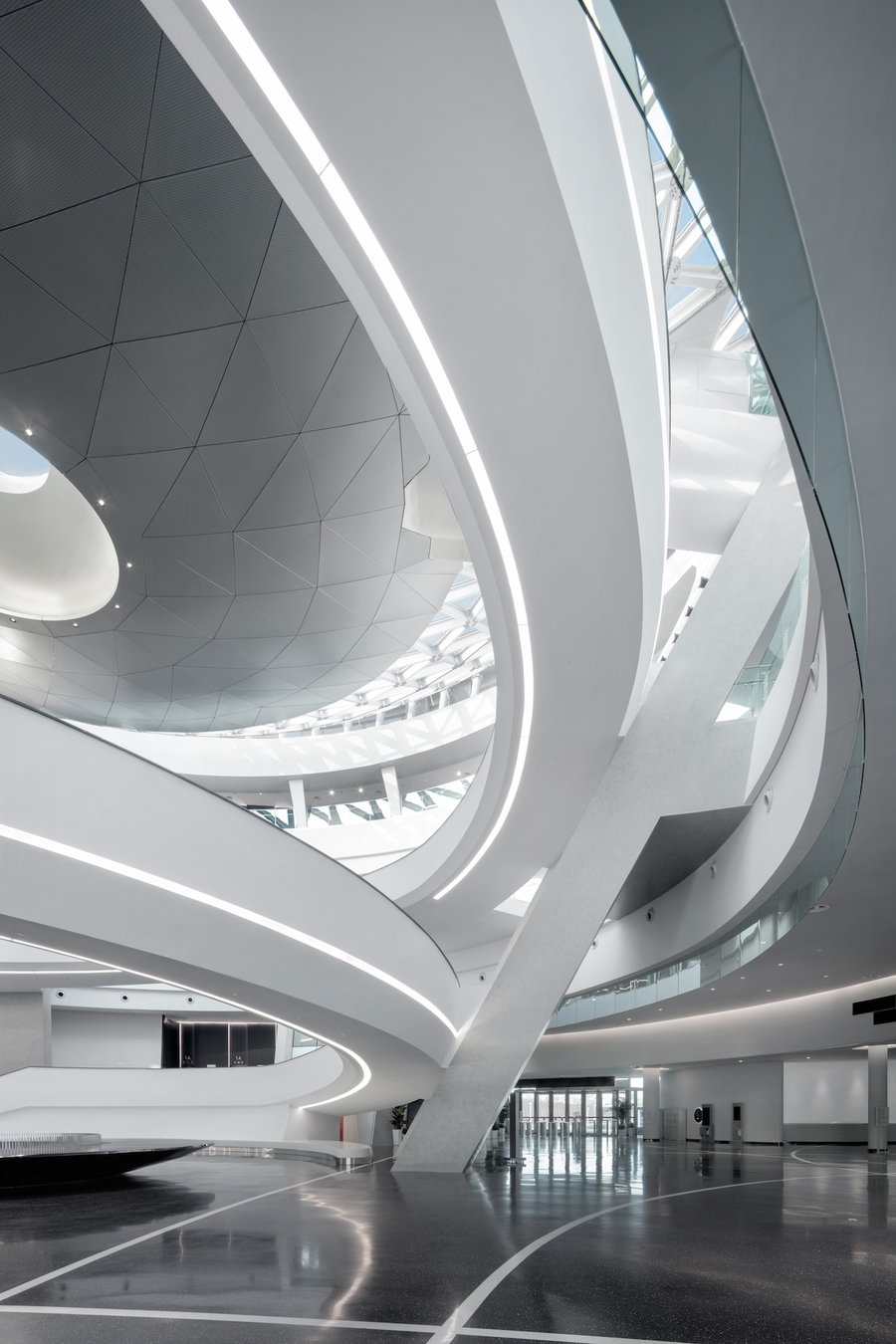 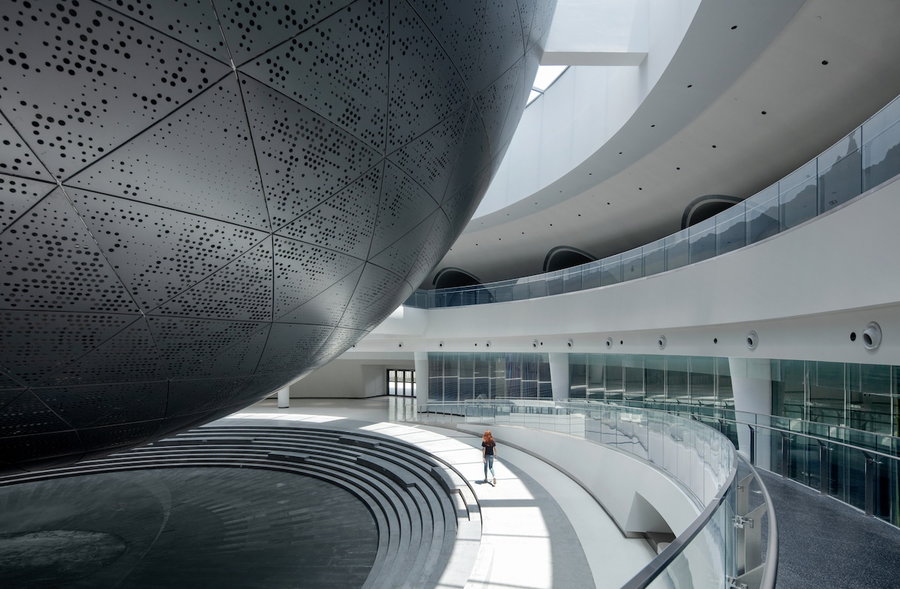 “Embedded in the roof plane of the lower museum wing, as if rising out of the Earth-bound horizon, the sphere gradually emerges into view as one rounds the building from the outside, the drama unfolding as though one were approaching a planet from one of its moons,” Wong explains.

Finally, the inverted dome completes the visitors’ journey through space, giving them an unobstructed view of the heavens. 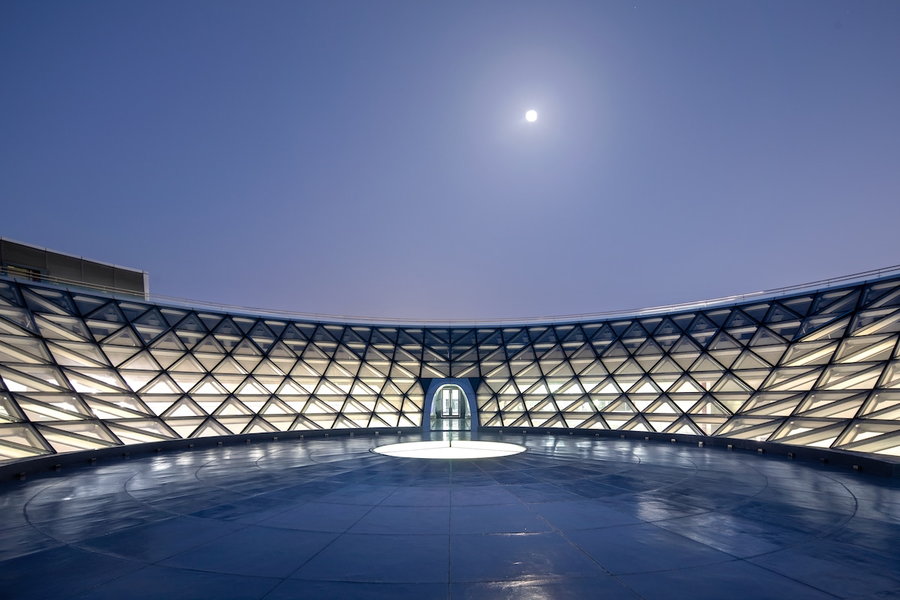 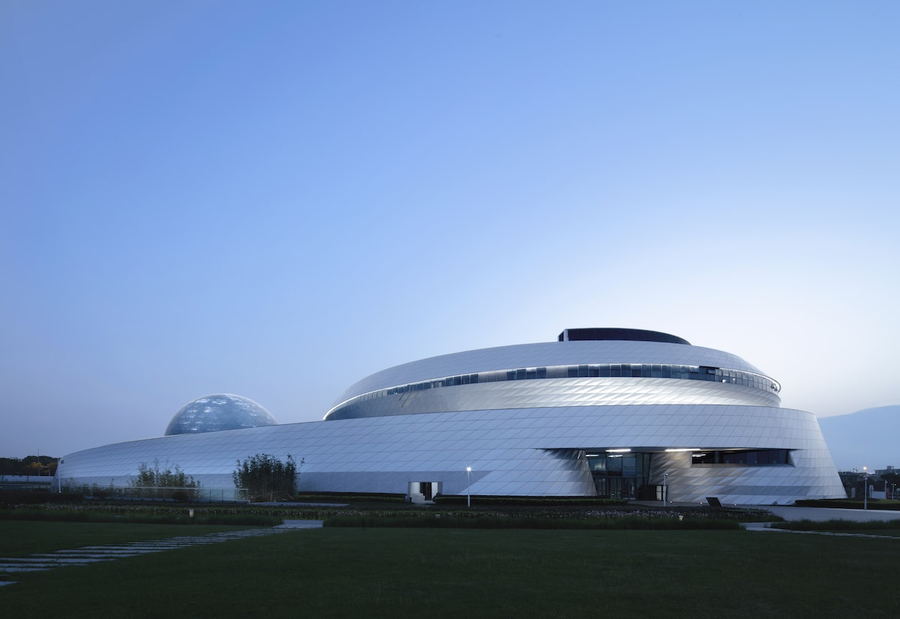 “The approach and entry sequence were carefully crafted choreography, where one senses the force of compression while traveling underneath the entry cantilever, only to emerge in a light-filled swirling space that brings your gaze upward,” Wong explains. 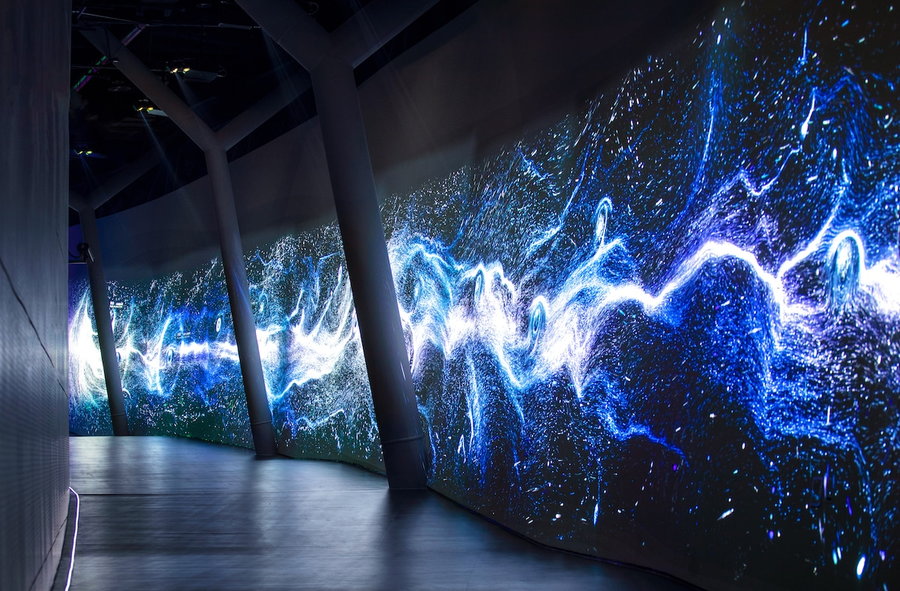 The New York-based Ennead Architects won the bid for this project because of this focused plan to envelope patrons in a cosmic atmosphere.

“To the extent possible, we wanted this building to echo the essence of the universe and there are no straight lines or right angles in space,” Wong continues. “Whatever their age or education level, people can observe and hopefully understand more about some very basic underpinnings of astronomy through a series of direct, physical experiences. Space can seem so abstract — we wanted to provide something that was tangible and exciting.” 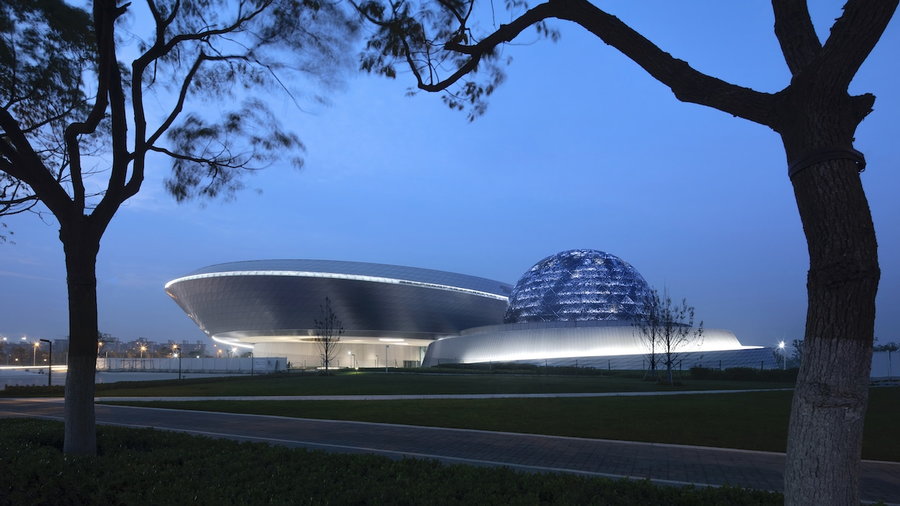 This stunning museum, including views from its 78-foot-tall solar telescope, is now open year-round to the public each Tuesday through Saturday.