Australia’s famed Sydney Opera House has a new competitor for the public’s attention. Cascading down a prominent hillside toward the Sydney Harbor, the Sydney Modern Project isn’t just the most significant cultural project in the city since the Opera House opened in 1973, it’s also a work of art in its own right. 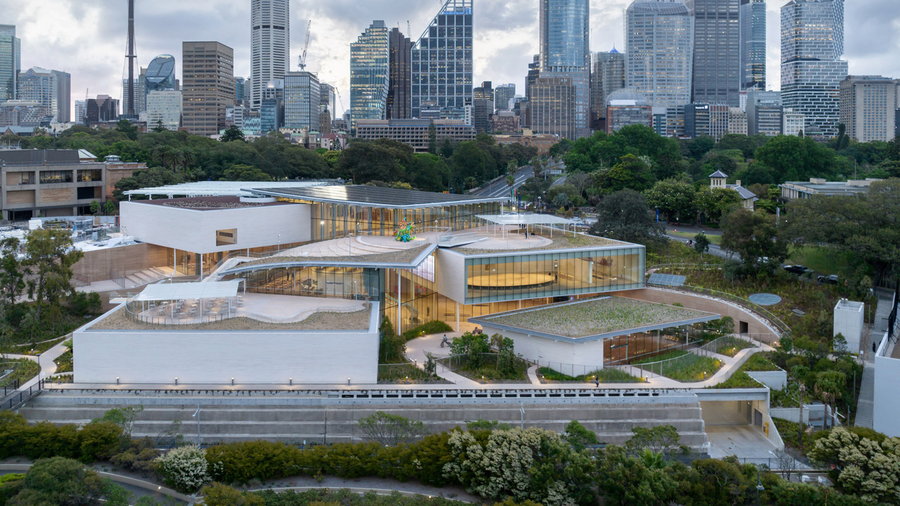 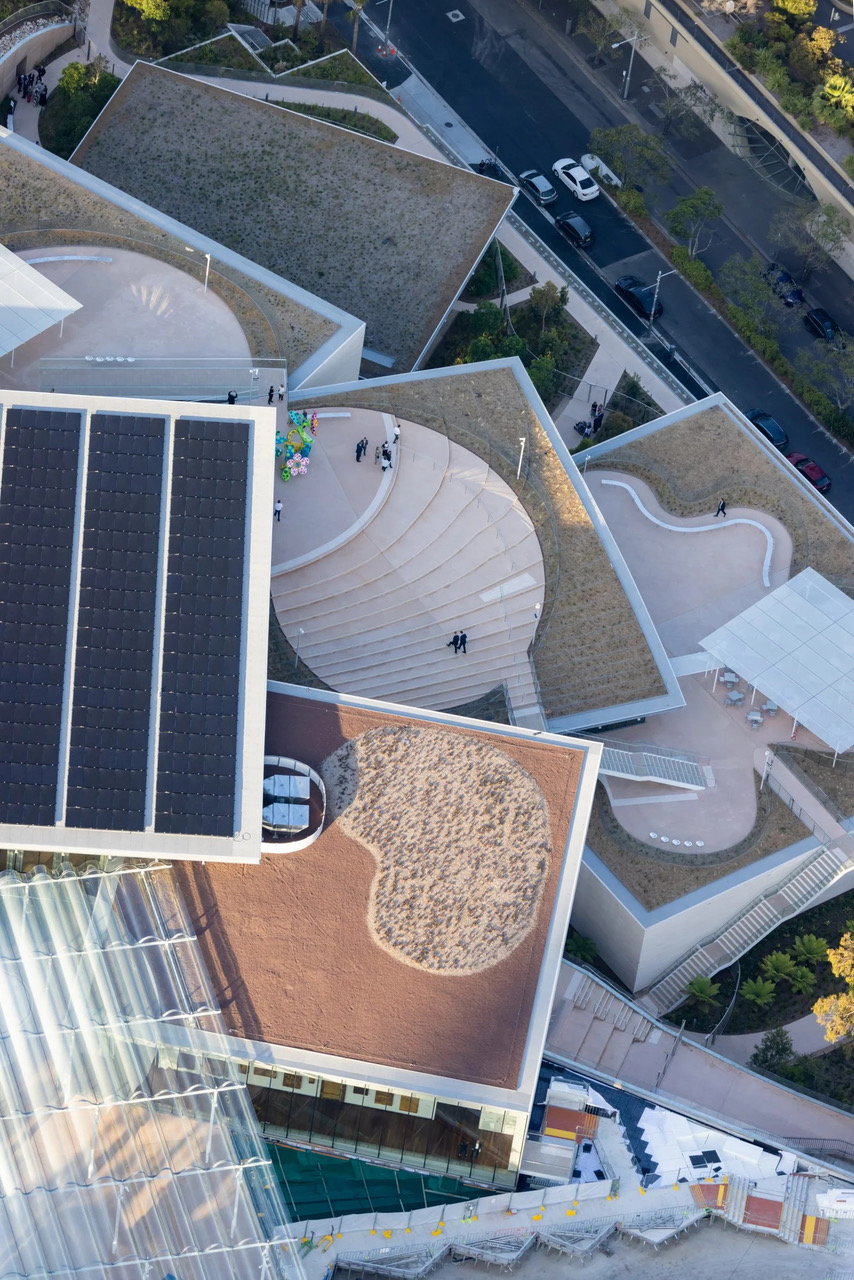 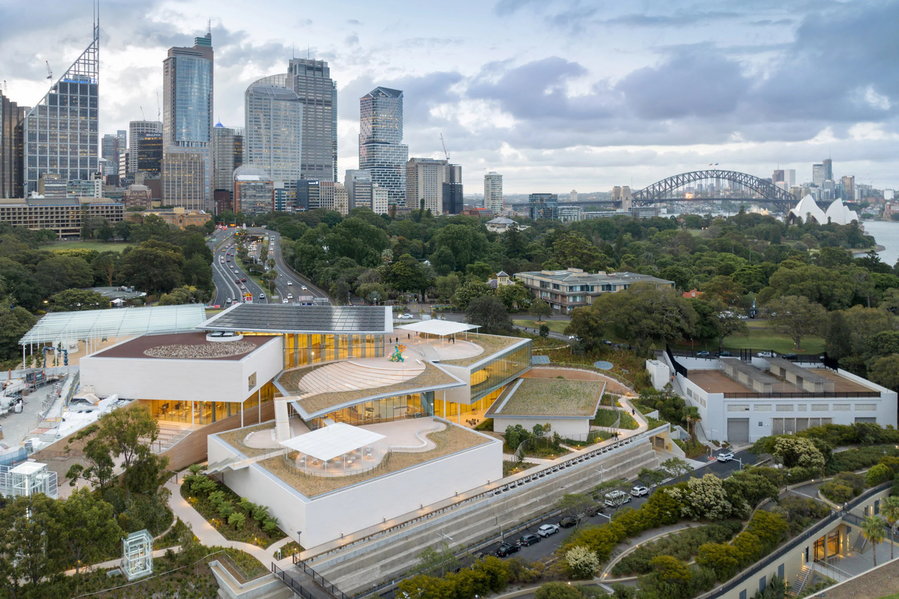 The new addition connects to the original art gallery, a neoclassical-style building designed by British architect Walter Vernon and completed in 1909, via a public garden “land bridge.” It consists of a series of stepped platforms that give it a stacked, low-profile appearance from a distance — certainly a contrast to the bold, graphic Opera House and its unforgettable silhouette. 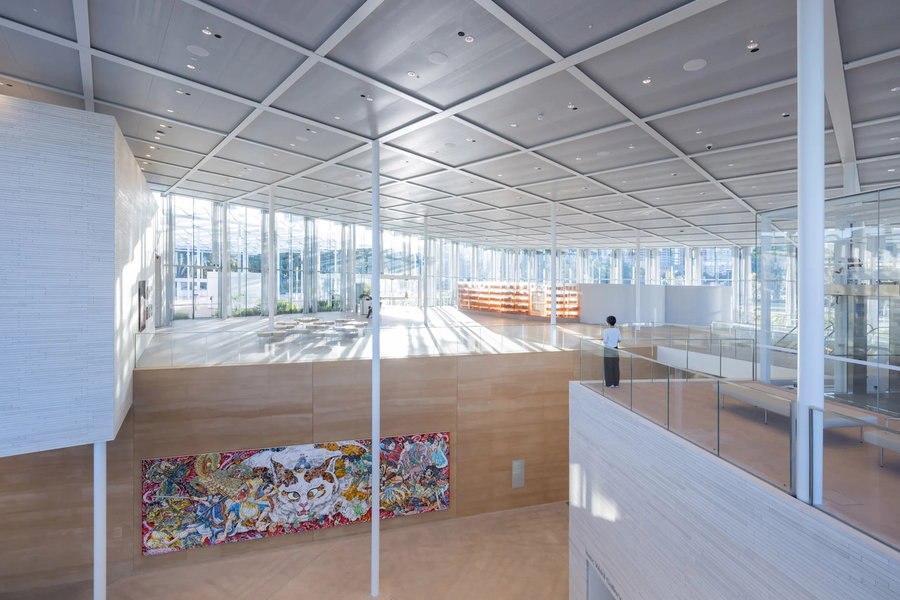 For SANAA, the point wasn’t to rival that monument. It was to create an appropriate building for the site, with its stunning views of Woolloomooloo Bay and a backdrop of the city skyline. SANAA principal architects Kazuyo Sejima and Ryue Nishizawa wanted the building to be harmonious with its surroundings, “one that breathes with the city, the park, and the harbor.” 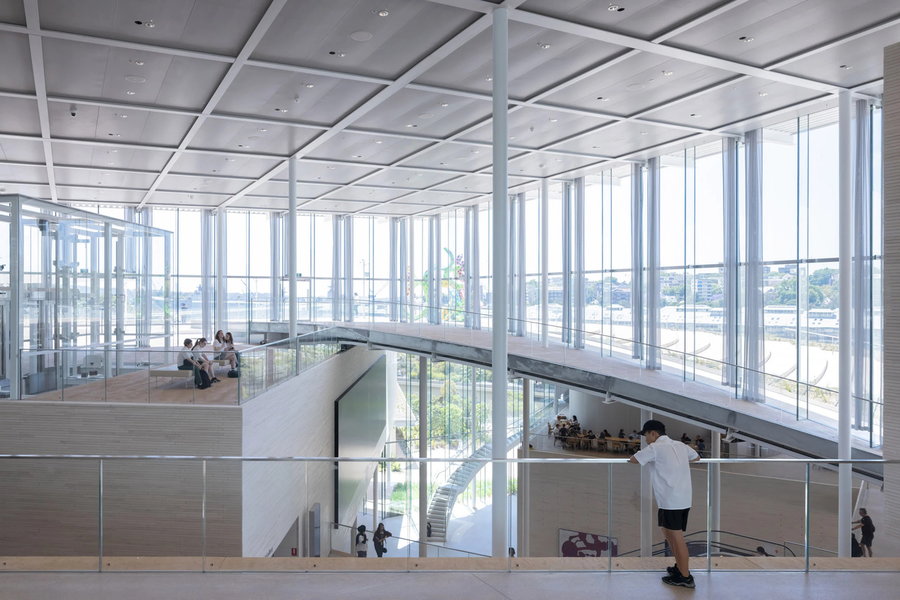 “There are two ways to create a landmark, which depends on the landscape,” says Nishizawa. “If you are in an open site, a landmark can appear with a positive form and clear outline, like a rock. But if you are in a forest with all its trees, this doesn’t work. You have to create a clearing and allow the sunlight in. But the light in the forest doesn’t have a clear outline. This is a very different way to create an icon.” 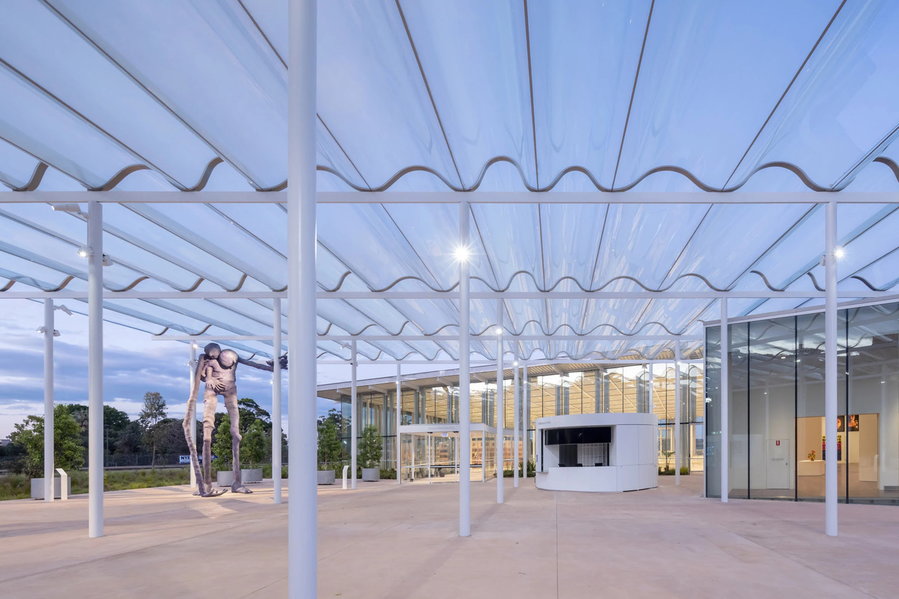 The effect may be subtle architecturally, but its impact on the museum certainly isn’t. The addition’s rectilinear pavilions are arranged around a central glass-walled atrium with views of the water. Courtyards and rooftop terraces grant the upper levels a series of outdoor areas for open-air events, and the lower levels are made with rammed earth, anchoring them to the site. 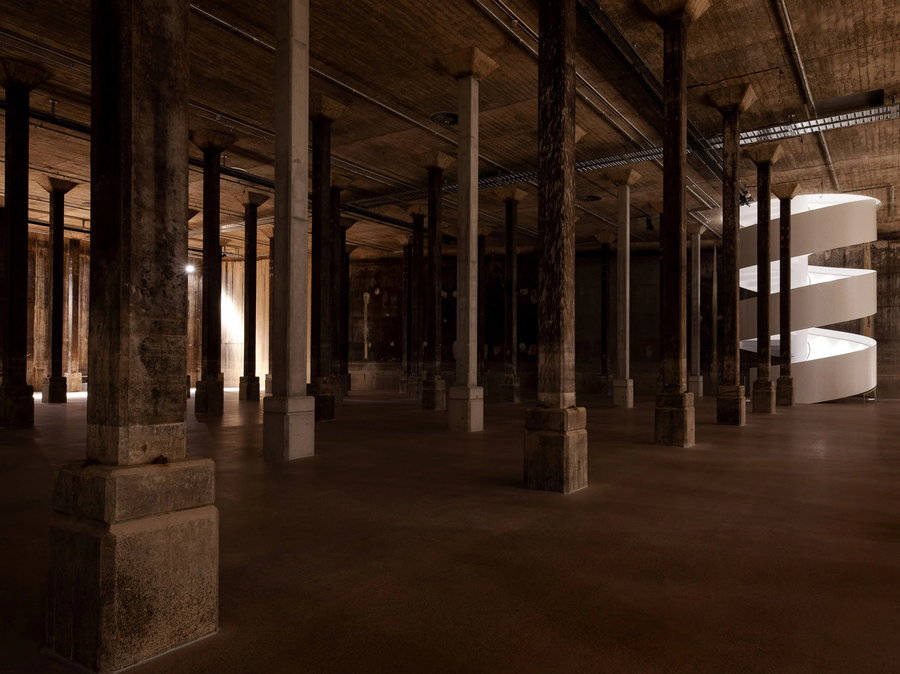 The new land bridge reconnects the art gallery to the city’s Royal Botanic Garden, allowing pedestrian movement from the Woolloomooloo to the city center and creating an entirely public space in the process. The garden atop the land bridge is named “bial gwiyuno” (the fire is not yet lighted) and includes both indigenous plant species and an installation by Australian artist Jonathan Jones. 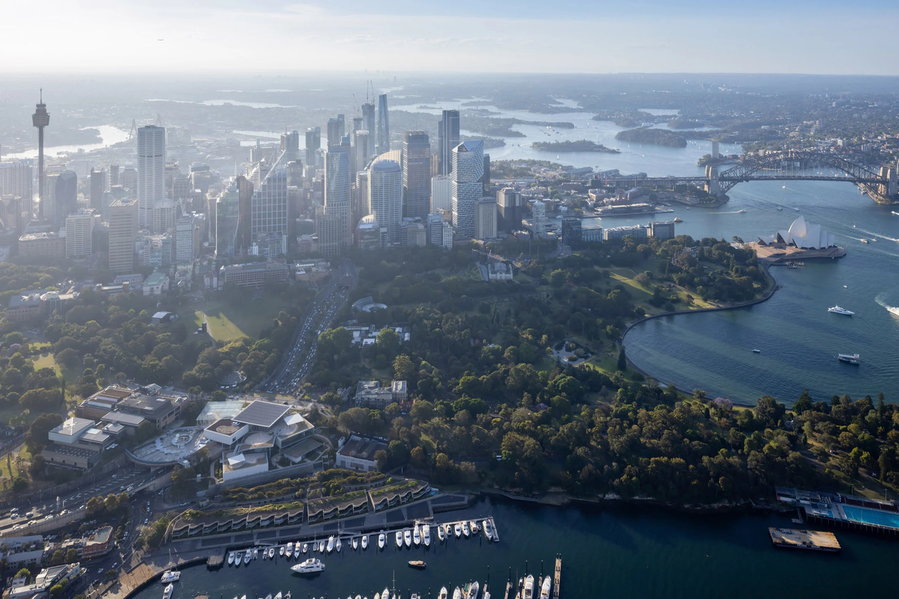 “The Sydney Modern Project allows us to engage our audiences and work with our artists in thrilling new ways,” says Maud Page, Deputy Director and Director of Collections for the Art Gallery of New South Wales.