We’re entering a new age, and it’s time for architecture to evolve accordingly. The same old static structures made with environmentally harmful materials and processes aren’t going to cut it anymore. We need our built environments to be more accessible, more equitable, and exist in greater harmony with nature. That can look like all sorts of different things, of course, tailored to specific environments, cultures, and uses. 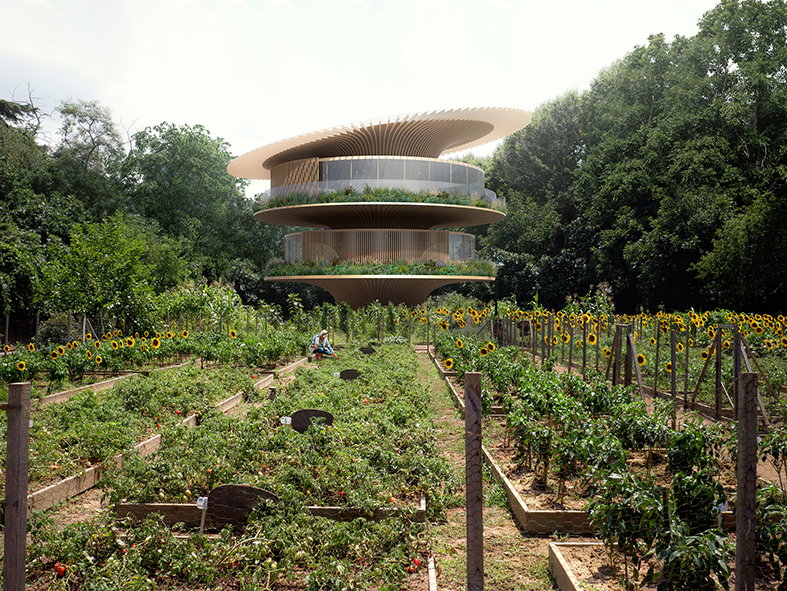 Koichi Takada’s Sunflower House demonstrates a smarter way to build single-family dwellings in Italy’s sunny Mediterranean climate. It also represents an imaginative update to the beloved Bauhaus school of design, 100 years later. Set in Le Marche, an area of Umbria known for its vast fields of sunflowers, Sunflower House strives to harness the power of the sun using a fun rotating design and a solar roof that looks like a jaunty cap. 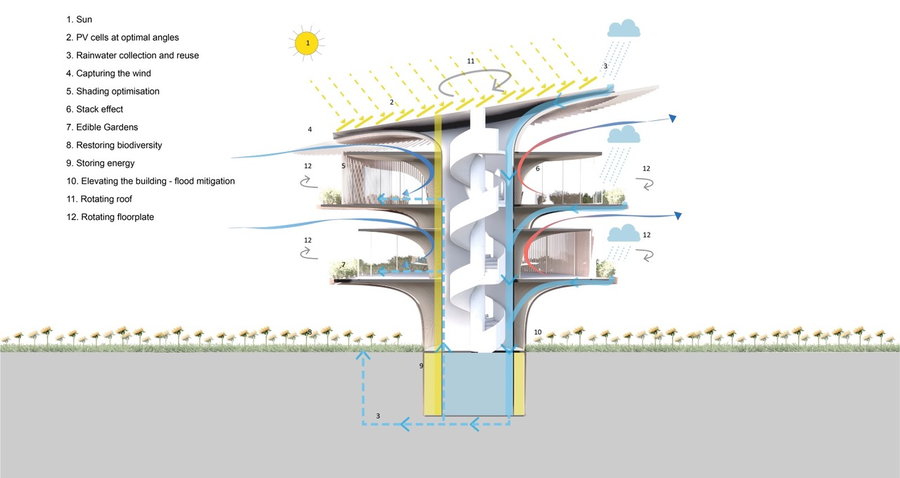 “Its roof and each floor rotate on sensors for maximum sun exposure or for optimal performance, and the user conforms to maximize or minimize the heat gain, especially in the extreme heat conditions recently experienced in the Mediterranean climate,” Takada says. “There is minimum intervention on the ground so the earth has room for other activities, yet the sunflower magically nods its head to bathe in the light. The Italian word girasole literally means ‘turn to the sun’. The circular structure of Sunflower House rotates around a central ‘stem’ to follow the sun, allowing the moving ‘disc florets’ to produce up to 40 percent more energy than static panels.” 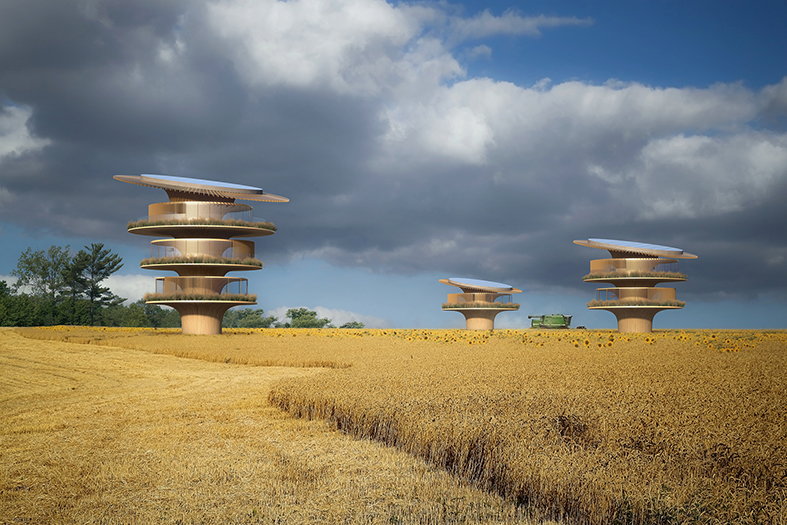 Takada adds that “the house is naturally air-conditioned by use of earth tubes; a technique invented by the Romans. The sun heats up the chimney causing the air inside to rise, thus drawing air through the cool pipe. The pipe cools the air drawn from the outside to the temperature of the Earth at the depth at which it is buried.”

What’s cool about this design isn’t necessarily the novelty. We’ve seen rotating houses before, after all, and most of these techniques draw on well-established wisdom and traditions. But it’s only as smart as it is beautiful, packed with character, and well-tailored to its specific setting. In other words, it’s exactly the sort of design the European Union is calling for in its push for “a new European Bauhaus movement” to help achieve its net-zero target by 2050.

EU President Ursula von Der Leyen announced the initiative in her 2020 State of the Union address, combining design, sustainability, accessibility, affordability, and investment in order to help deliver the European Green Deal. Proposals like Sunflower House will be considered for the first edition of the New European Bauhaus Prize, and the top five will be brought to life in at least five places in EU member states. 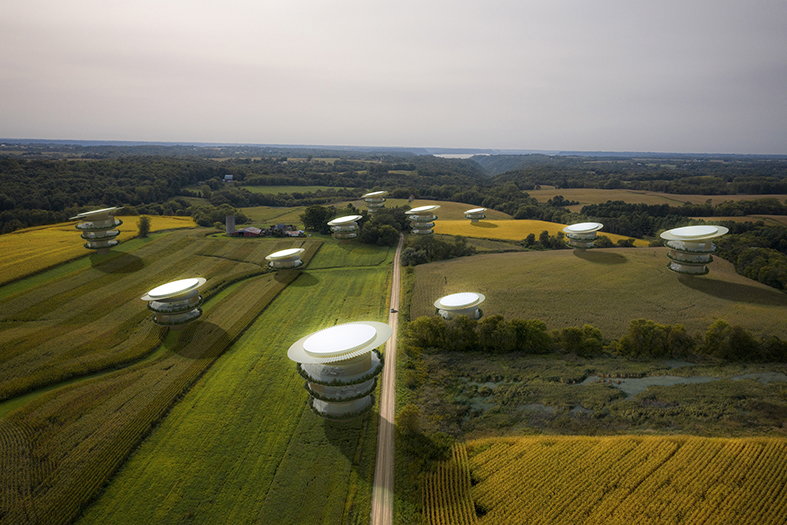 For Sunflower House and other projects, Koichi Takada’s eponymous Sydney-based architecture firm was honored as Best Overall Winner at New York’s inaugural Architizer A+ Awards 2021 in the Medium Firm category. The awards celebrate architects who have “responded in dynamic ways to evolving global challenges.” The jury of 250-plus members of the architecture and design community especially commended the firm for its unique vision and goal to naturalize architecture in the urban environment.