A mini replica of the iconic Bauhaus school building in Dessau, Germany is now on the move, exploring the legacy of one of the world’s most influential architecture movements. 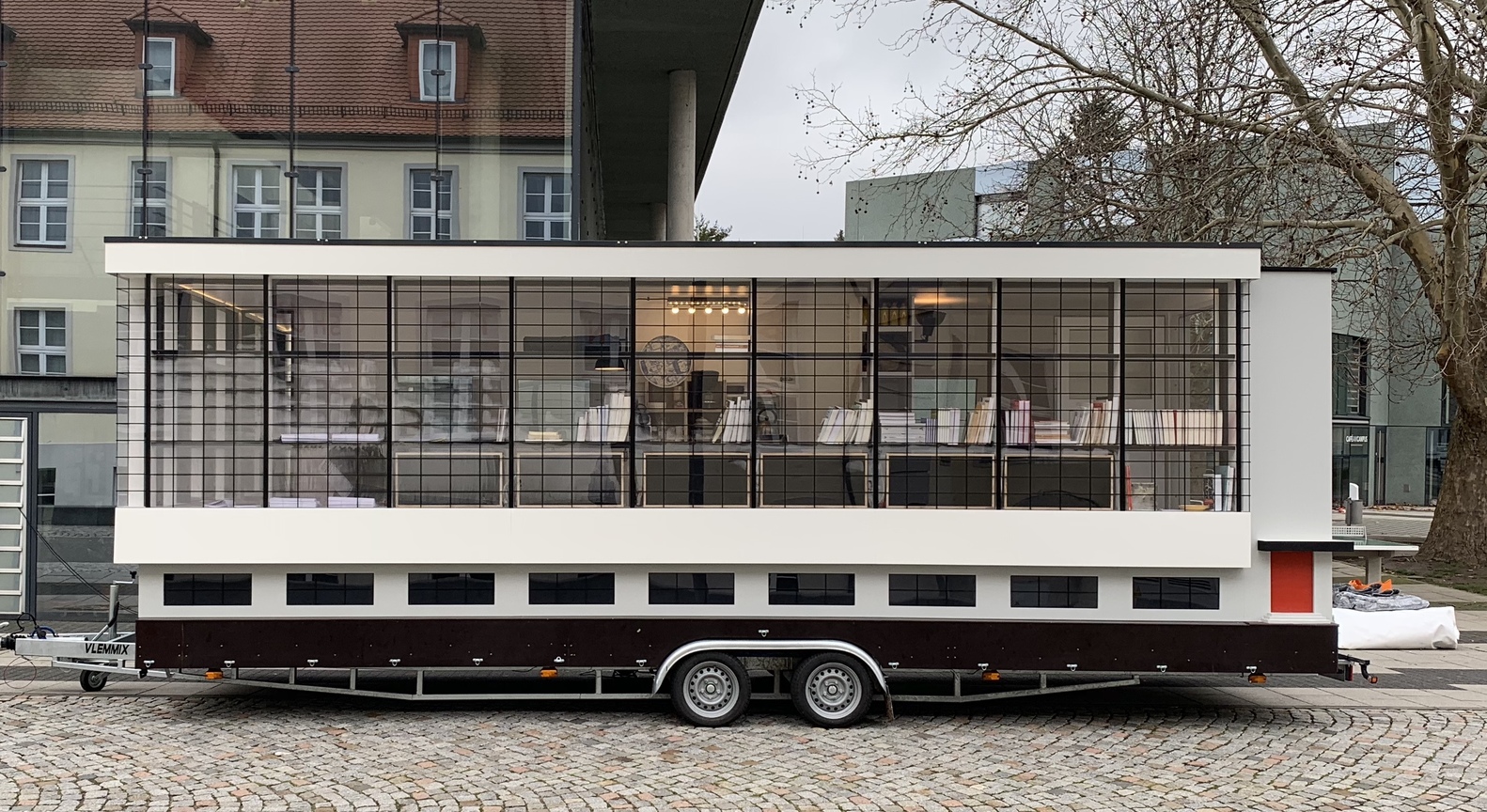 Created in bus form by SAVVY Contemporary for the 100th anniversary of Bauhaus, this small-scale clone of the original Dessau Bauhaus building’s workshop wing contains both a 15-square-meter apartment and an exhibition space. But this project, entitled Spinning Triangles, represents much more than just a centennial celebration. Its intention is to dive into how Bauhaus became not just a solution, but also a problem, spreading and imposing Western concepts of modernity all around the world. 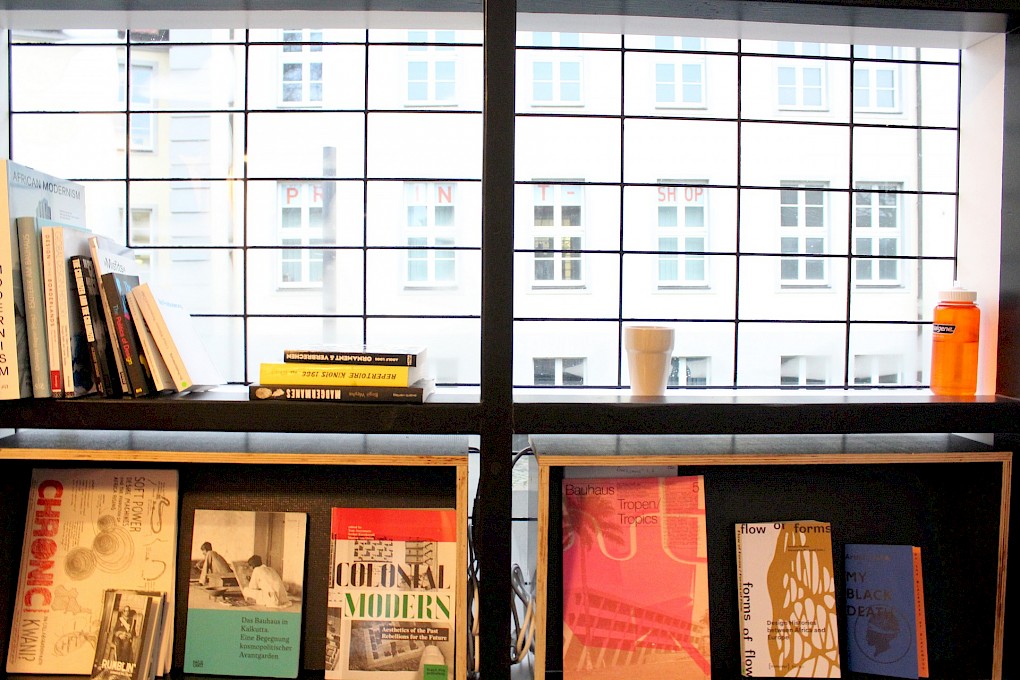 First, a quick background. Founded by Walter Gropius in Weimar, Germany in 1919 as a new type of art that made no distinction between form and function, Bauhaus relocated to Dessau and took on a bold form of its own to reflect its distinct values, housing workshops within a three-story wing with glass curtain wall facades. Establishing its architecture department in 1927, the school operated in Dessau until 1932, when it was forced to close by the Nazi Party, at which point it moved to Berlin under new director Ludwig Mies van der Rohe. The original school facility was bombed during World War II and only fully restored in the 1990s.

The experimental school didn’t just spawn an architectural style and philosophy — it practically defined what modernity looks like globally as its professors and visionaries left Germany, taking their ideas with them wherever they went. As people from Northern and Western cultures sought to “civilize” developing countries, the Bauhaus aesthetic arguably uprooted and replaced those of many native cultures, increasingly forcing indigenous peoples to ignore their own values and ideas along the way. 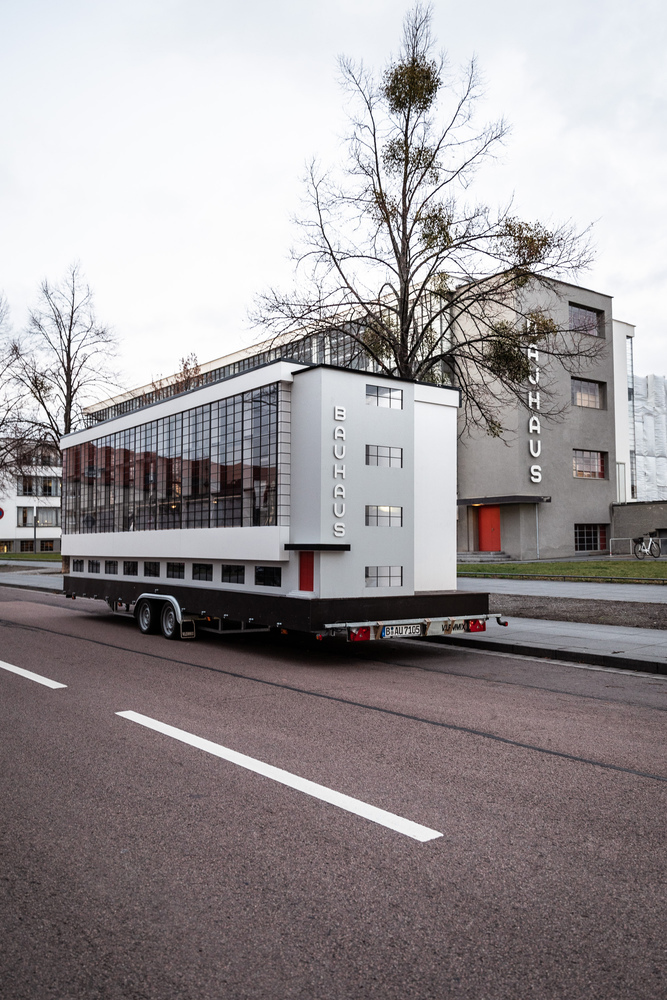 Founded by Berlin-based architect Van Bo Le-Mentzel, the Spinning Triangles group hopes to use the Bauhaus bus to develop a new collective interpretation of the school’s teachings alongside people from those colonized nations. The bus will travel between Dessau, Kinshasa, Berlin, and Hong Kong, inviting guests to “question the complex heritage of modernity.” 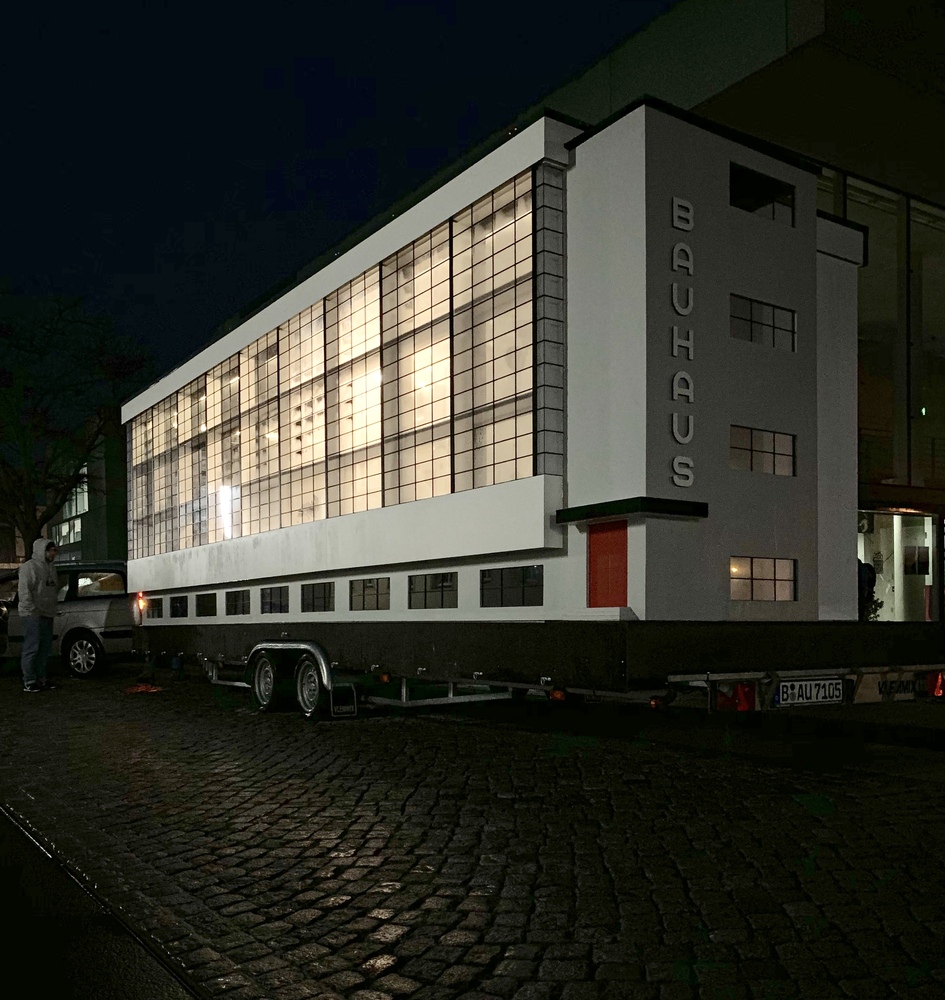 The team adds: “Five ‘masters’ will export this ‘school’ to Berlin, where forty students will learn and unlearn, presuming nonchalantly that it may not be the South that needs development but the North. Regular open school days and a continuous program with invited guest lecturers allow the participation of the public. Thus, words and actions aim to challenge and transform Bauhaus traditions and narratives of modernity and modernism.”

“Design has power. It creates our environments, our interactions, our being in the world. For too long, practices and narratives from the global South have been kept at the periphery of the design discourse, been ignored altogether, or appropriated. This needs to change. And it can only do so if we start with new forms of learning and unlearning, that may perhaps actually be very old, but have certainly been overheard for far too long.” 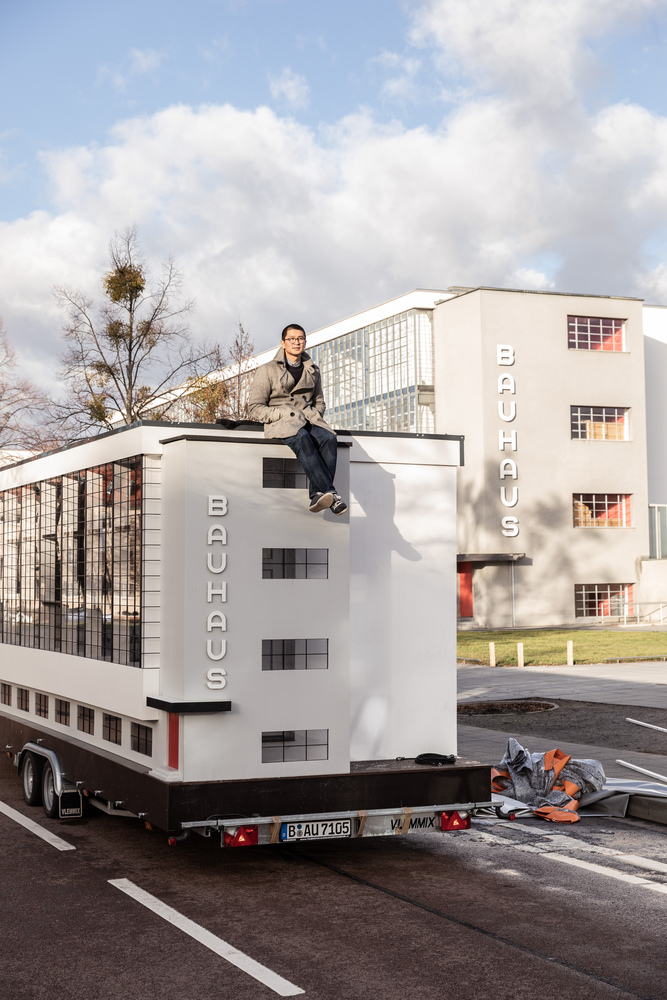 It’s a worthy cause, and the “Wohnsmaschine” Bauhaus bus is certainly a wonder in its own right, particularly in the way it scaled down the entire facade of the original building to the size of a tiny house.