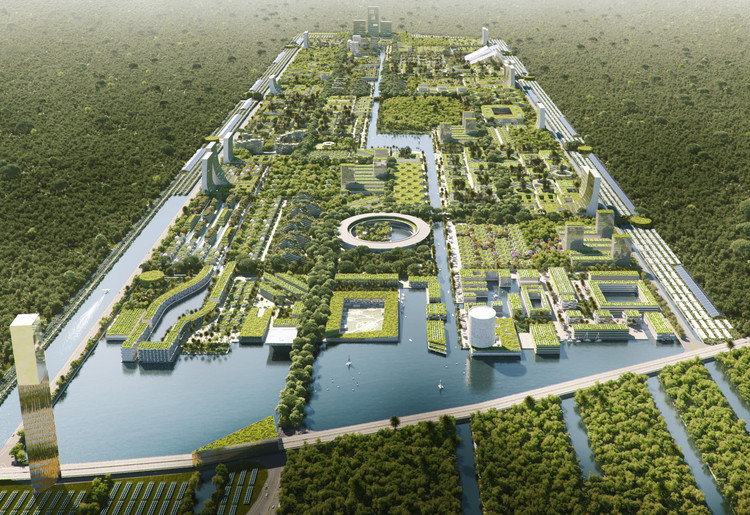 Grandiose plans for smart cities are being unveiled all over the world as more and more people realize the need for a better, cleaner vision for the future if we’re to secure our survival. All the proposals include environmentally advanced infrastructure, a wealth of emerging AI technologies, and thousands of other sophisticated systems to help their inhabitants live and thrive. What makes Stefano Boeri Architects’ vision unique is the concentration on incorporating a a sprawling vertical forest into its “Smart Forest City.” 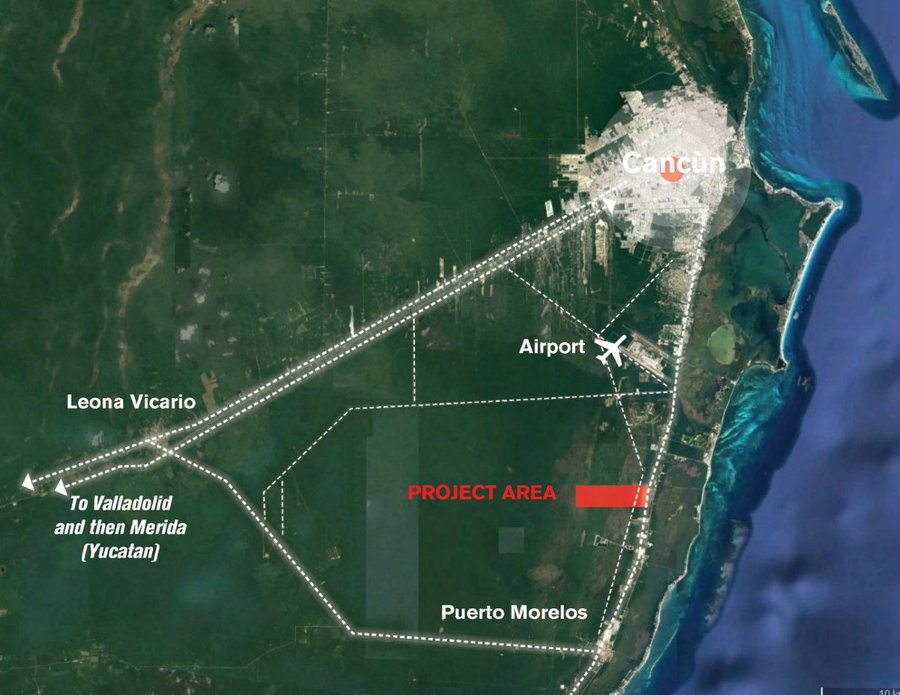 Smart Forest City, still in its conceptual phases, would cover 1,376 acres of land originally earmarked for a conventional shopping mall. But instead of weaving together a mega-cluster of retail endeavors, the Stefano Boeri enterprise has almost 1,000 of those acres devoted to green space, with the rest of the land going to architecture and environmentally advanced support systems to house and serve some 130,000 residents.

The green space of Smart Forest City would be populated with a whopping 7.5 million plants, spanning over 400 unique species and meticulously evaluated and chosen by botanist and landscape architect Laura Gatti. Not only is all that plant life visually appealing to the city’s residents, it’s also physically good for them. The assortment of bushes, shrubs, flowers, and trees (2.3 trees for every inhabitant) will not only occupy personal gardens and public parks, but also be incorporated into energy-boosting structural facades and green roofs. The firm projects that the city will annually absorb 116,000 tons of carbon dioxide and supply 5,800 tons of oxygen. 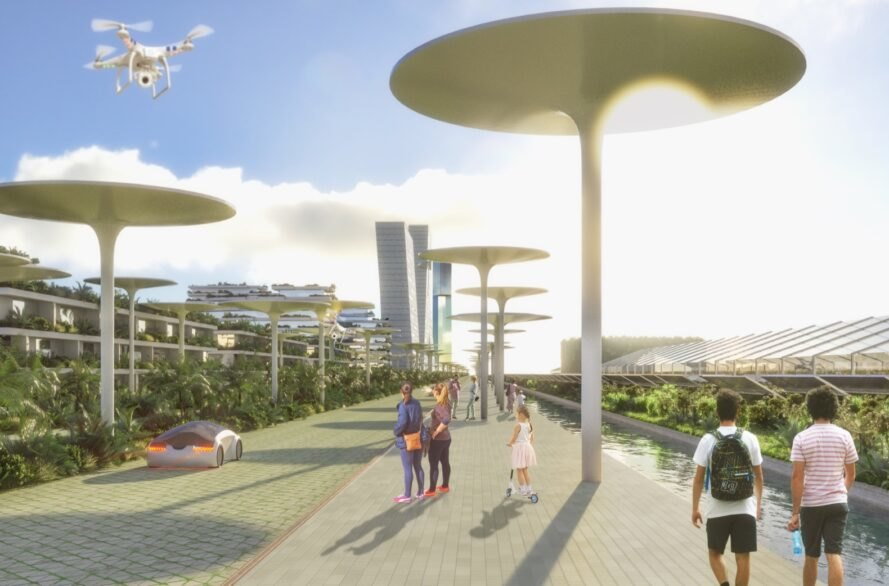 Beyond the aesthetic appeal of endless greenery, Smart Forest City is also planned to be a knowledge hub where researchers develop and implement solutions to ecological crises. The research center planned by Stefano Boeri is already set to include university researchers and visionary international research organizations, all of whom will focus on six fundamental issues: astrophysics and planetary science, bio-healthcare, coral reef restoration, mobility and robotics, precision farming and regenerative technology, and smart city innovations. 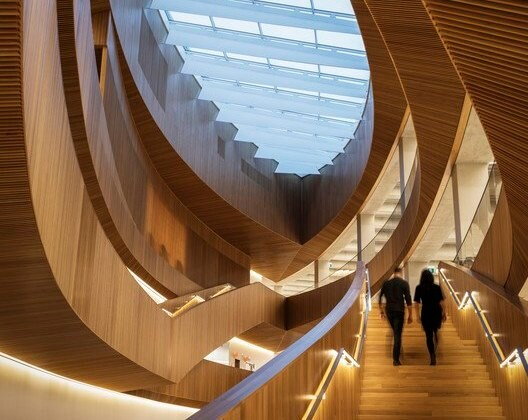 No Shangri-La would be complete without total self-sufficiency. Smart Forest City is designed to be powered by a circle of solar panels around its perimeter and receive its water supply through an intricate conduit of channels connected to a cistern at the city’s entrance that constantly gathers water from the atmosphere. Transsolar, a German company that leads the industry of built environments, collaborated with the Stefano Boeri team on all these designs.

To streamline public transit and keep congestion and pollution at a minimum within the city, residents will park their cars just outside the city limits and make their way around using only semi-automatic and electric modes of transportation. 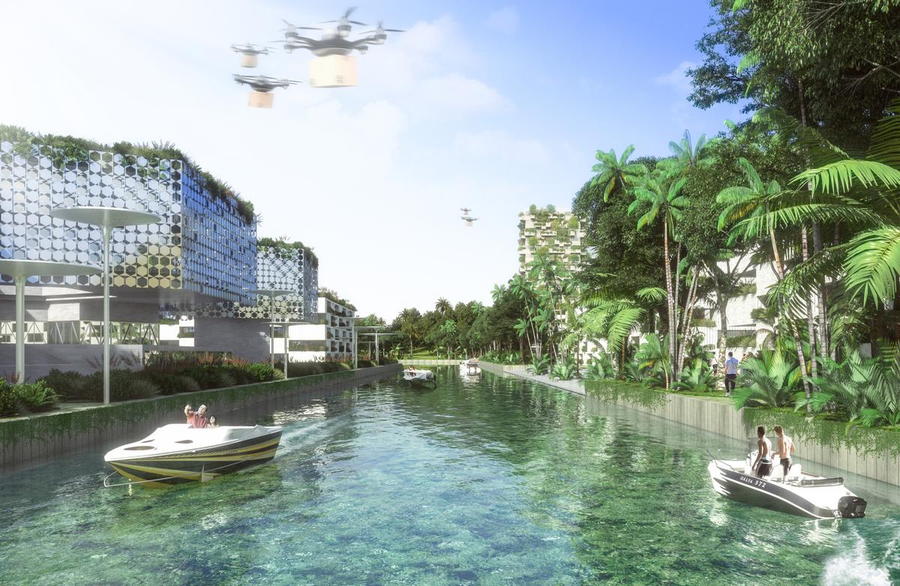 Boeri unveiled his project to Mexican land and planning authorities in March 2019 and still anxiously awaits their feedback. In the meantime, he’s focused on his visualization of an idyllic urban environment becoming a reality.

He adds that “Smart Forest City Cancun is a Botanical Garden within a contemporary city based on Mayan heritage and its relationship with the natural and sacred world. An urban ecosystem where nature and city are intertwined and act as one organism.”