Snapchat just released its second piece of hardware, a $230 selfie drone called Pixy. The photo sharing app describes Pixy as a “free-flying sidekick” that eliminates the need for a selfie stick, granting photo possibilities that were literally out of reach before. Shaped in a rounded square, just like iPhone app icons, Pixy is a small yellow object that takes off from the palm of your hand, zooms out to capture wide-angle shots, follows you around, and films smooth, seamless video as you remain in motion. 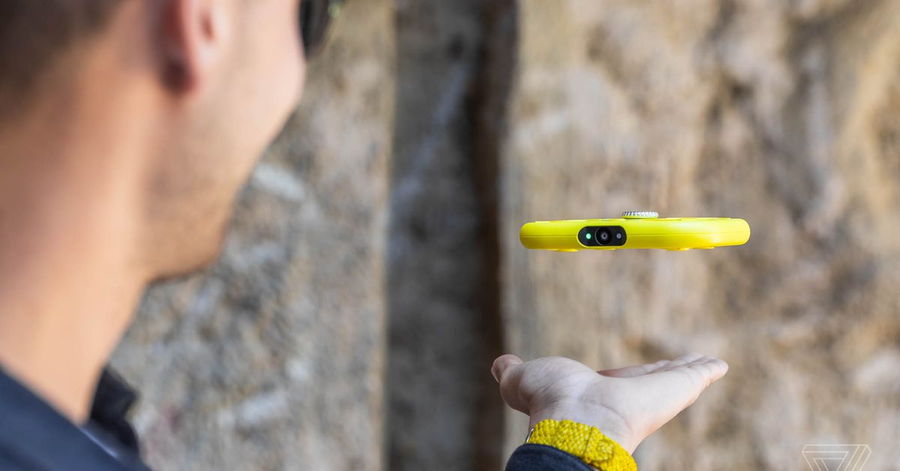 The “friendly flying camera” acts as companion to the Snapchat app. Unlike most drones, there’s very little learning curve to overcome in order to master the device. Instead of a controller, the app has a single button and four pre-programmed flight patterns accessed through a dial on top of the drone. That means nobody has to fuss with their phone or a separate video screen to navigate it (which would defeat the purpose of taking selfies and videos altogether).

In Hover mode, the Pixy floats in front of the user. Reveal mode pans the drone backwards at an upward angle to capture the scene, perfect for when you’re trying to show off a trip to a beautiful locale. In Follow mode, the Pixy will trail you as you walk, run, bike, or drive. Finally, in Orbit mode, the drone flies high up into the air and spins in a 360-degree circle around the user. 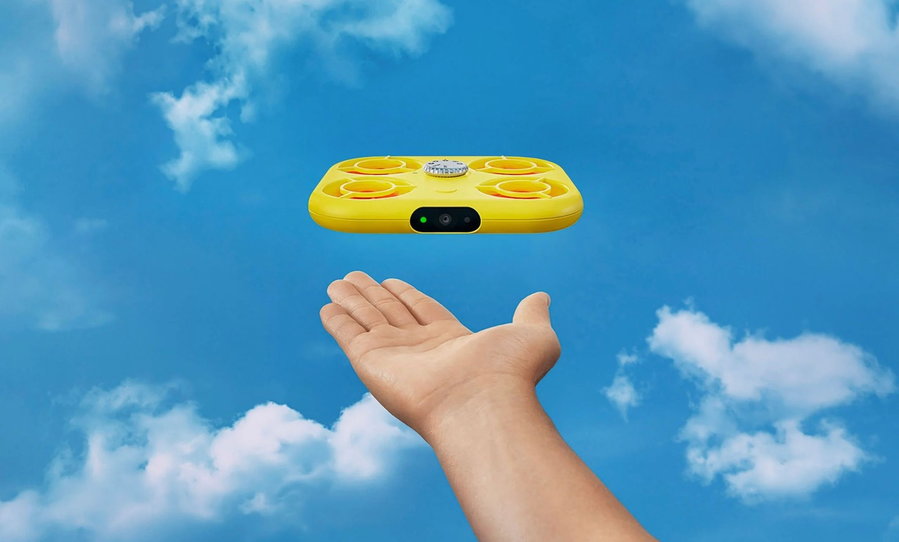 The propellers are firmly ensconced within the body of the device, reducing the potential for getting tangled. When the user wants to call the drone back, all they have to do is hold out their hand, and it’ll automatically land on their outstretched palm. It’s also compact and lightweight enough to tuck into a pocket or purse, and charging is easy with a standard USB cable. Just pair the Pixy to your phone, and you’re ready to go.

Pixy can float, orbit, and follow wherever you lead, with videos wirelessly transferred and saved into Snapchat Memories. “From there, use Snapchat’s editing tools, Lenses, and Sounds to customize what you capture,” the company explains. “With a few taps, you can automatically crop into portrait and apply quick Smart Edits, like Hyperspeed, Bounce, Orbit 3D, and Jump Cut. Then, share to Chat, Stories, Spotlight, or any other platform.” 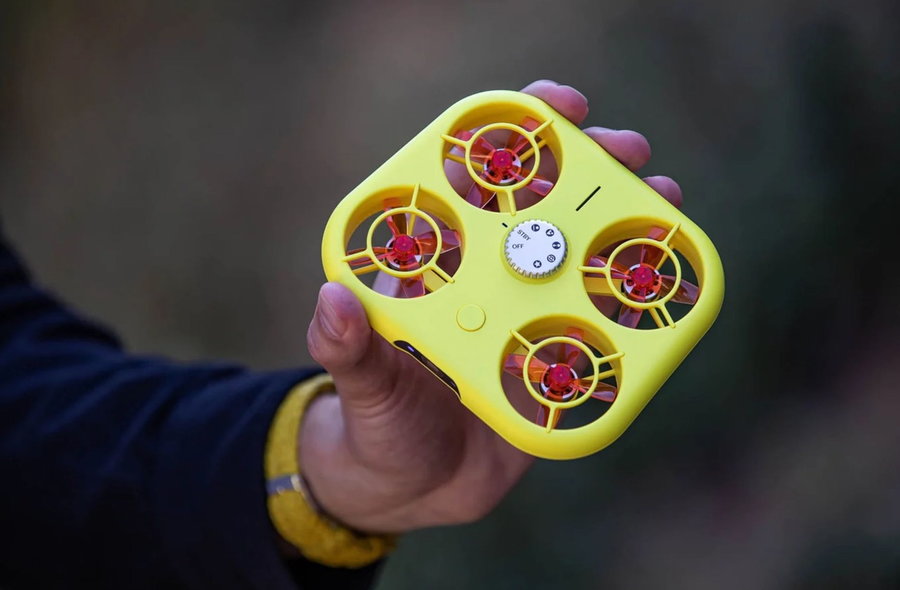 Combining the functionality of a drone with the user-centric focus of a selfie stick is a smart move. The design of the Pixy is accessible and attractive, making it a great entry-level choice for the drone-curious. While many higher-powered drones capable of flying much higher in the air require licenses to operate, the Pixy does not. It’s also much quieter, which could make it more of a pleasure to use. 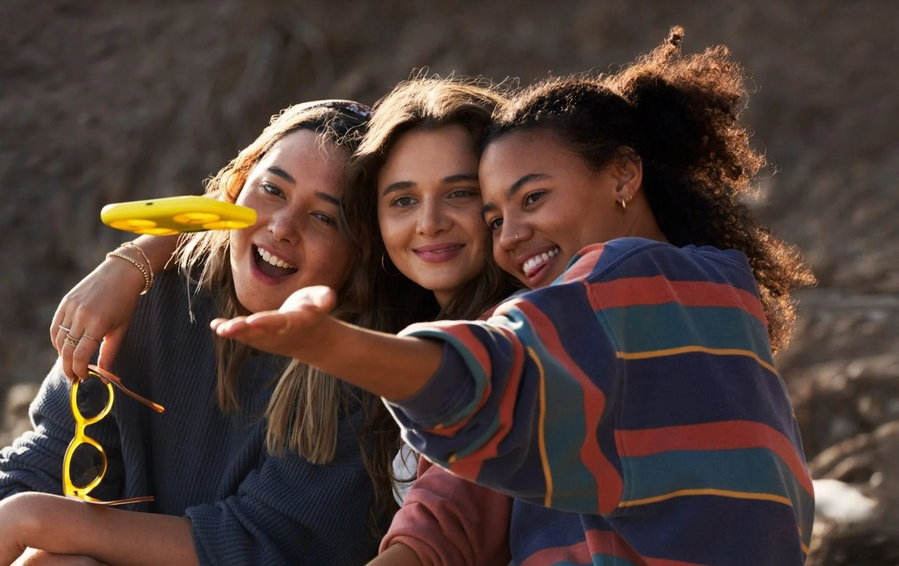 All of these factors could make the Pixy enticing to Snapchat’s 293 million active daily users around the world. The company says it’ll only be available as long as supplies last, and it’s only available in the U.S. and France. If you want one, you’d better order through the Pixy website ASAP.