Hitching a ride on a giant roller coaster is a stomach-dropping, scream-inducing experience for most everyone. But those who live for roller coasters seem to be perpetually on the hunt for bigger, bolder, and even more adrenaline-inducing rides. Always out to meet the’s customer’s desires, amusement park chain Six Flags has teamed up with Samsung to produce a a set of rides that seem to transport riders off the tracks while simultaneously keeping them safely strapped into their seats. 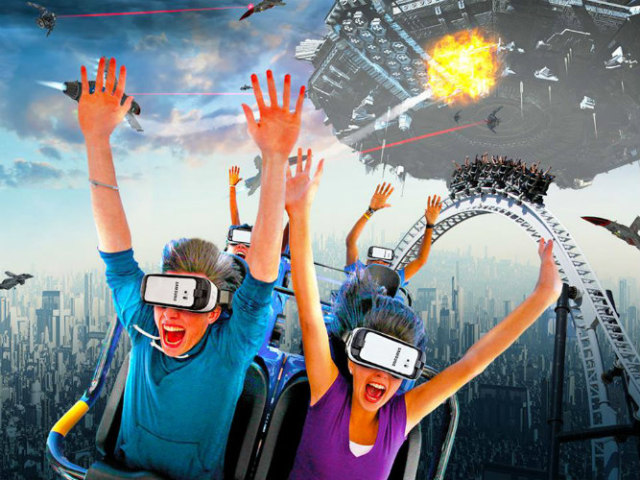 From the ground, these screaming machines look exactly like any other traditional coaster. Take, for example, The New Revolution, an innovative ride made from 3,457 feet of twisted steel track and a giant loop that measures 90 feet high by 45 feet in diameter that reaches speeds of up to 55 miles per hour. But Samsung’s latest VR technology allows riders to feel the thrill of these drops and turns while being fully immersed in virtual experiences on their headsets. 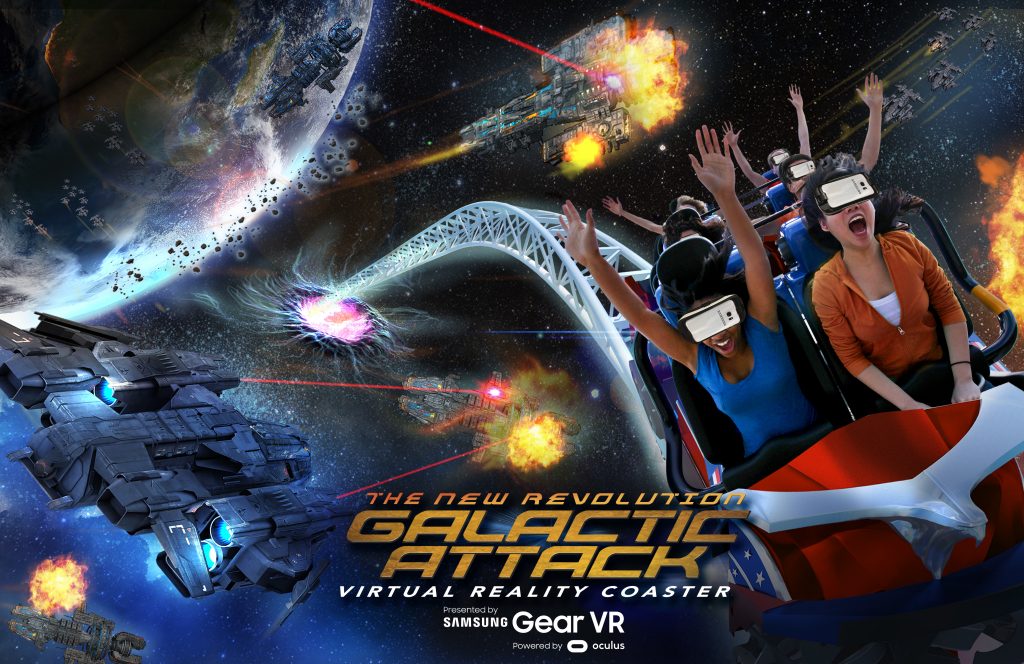 Try your hand at air-to-air combat as the pilot of a fighter jet trying to fend off an alien invasion, or live out your dreams of becoming a superhero as you fly around the city with Superman, taking out villains and saving the day as you go. The best thing about the headsets is that they offer passthrough vision, allowing riders to always be aware of their actual surroundings, including the riders on either side of them, during their virtual adventures. 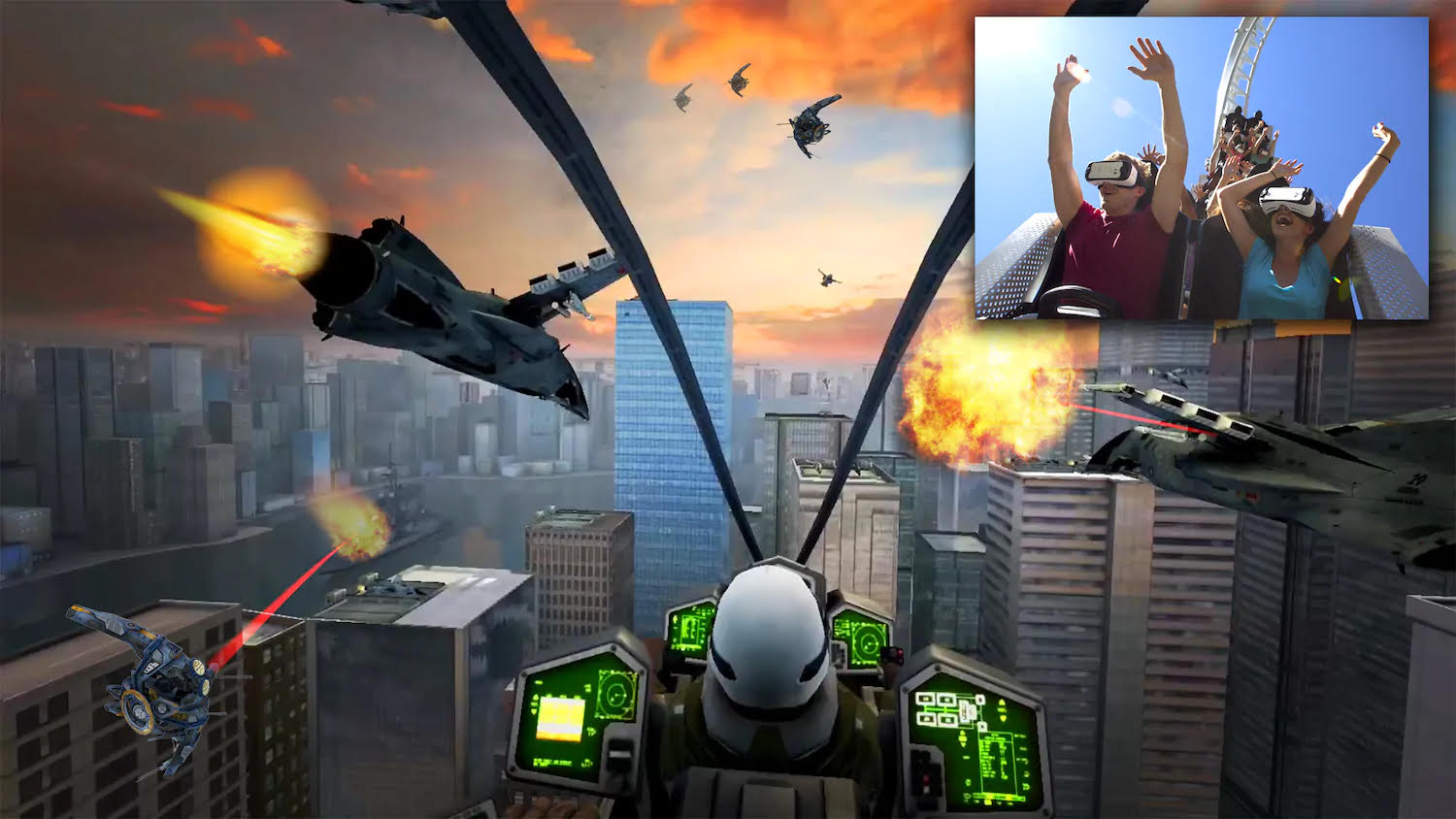 The visuals work in conjunction with the ride from the very beginning, so even while your body waits to take off, your eyes see nearby aircraft docked in an underground bunker. What looks like your ship rising through the roof is accentuated by the ascent of the ride. The VR even provides the first-ever interactive gameplay to feature on roller coasters, through which you can fire weapons as you “fly” through the air. Wormholes, flying meteors, and exploding debris are just a few obstacles you can expect to face while potentially suppressing a raucous stomach. Quick and accurate decision-making will be evaluated and scored at the end of your ride. 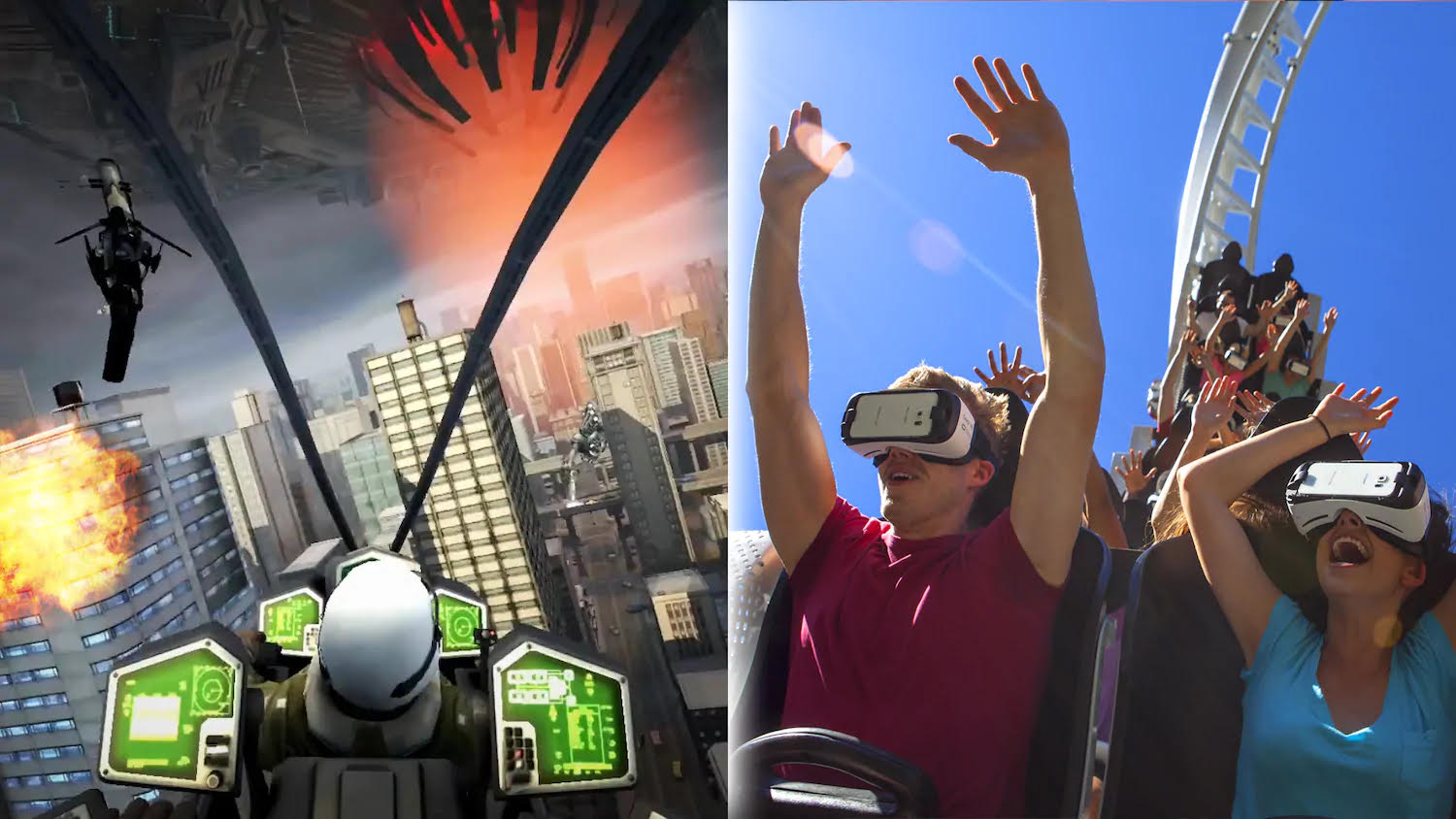 “This remarkable technology is a definite game-changer for theme park rides and represents everything our brand stands for — delivering the most thrilling and innovative rides and attractions in the world,” says John Duffey, Six Flags President and CEO. “Innovation is part of our DNA, and news in every park every year is driving higher guest satisfaction and building strong momentum for our company.” 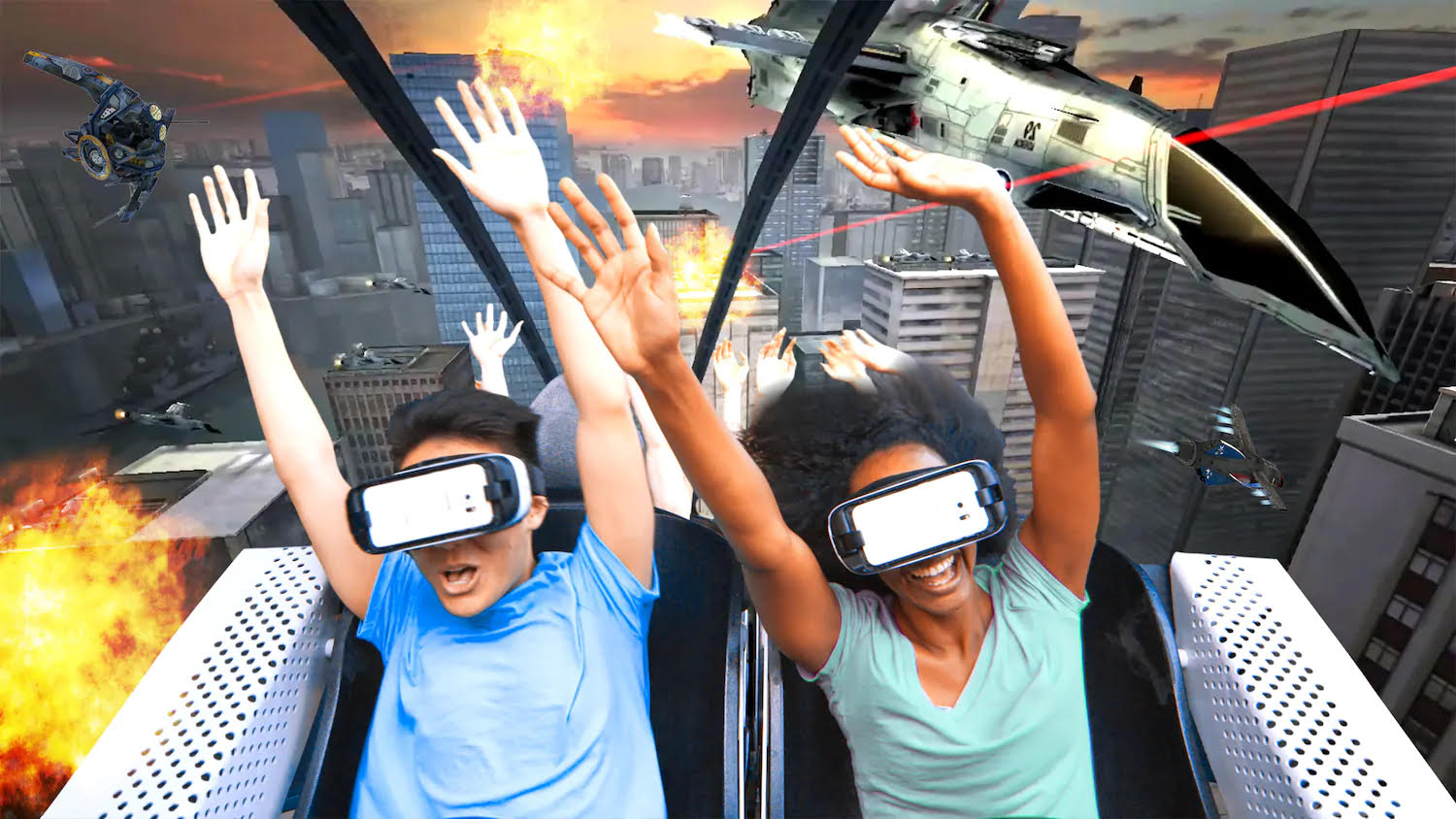