Once limited by the fact that the technology needed a powerful computer to run on, the VR industry has seen rapid growth since the invention of standalone headsets. These new devices make VR systems easier to use than ever before, and since they require less materials to assemble, they also help companies more efficiently meet the high level of demand that’s currently flooding the market. Now, a new standalone headset called the Allosky is taking to the skies for in-flight use. French VR company Skylights recently announced a partnership with Alaska Airlines in order to launch the headset and give first class passengers the chance to “escape, relax, and enjoy premium immersive entertainment on demand, anywhere and anytime.” 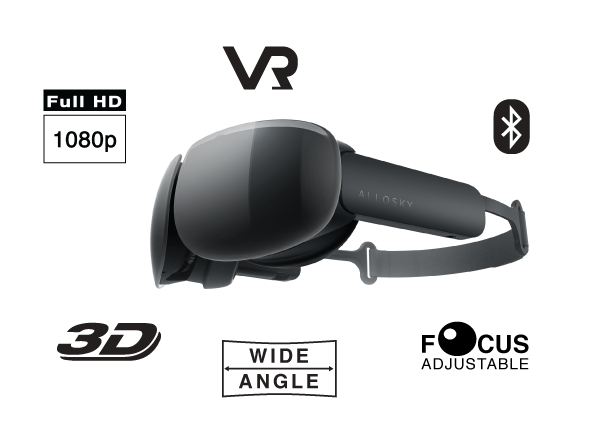 Described as having a “cinematic field of view,” the Allosky VR headset is equipped with 1080p per-eye resolution to ensure a high-quality, high-fidelity experience whilst in-flight. VR allows for a far more immersive experience than any other form of standard in-flight entertainment, fully immersing the passenger in whatever whimsical world they choose to enter.

VR headsets can transport you to anywhere you want to be, from a comfortable virtual living room to a first class movie-theater. Pair that with with a killer set of noise-cancelling earphones, and it seems like the user could almost forget that they were even on a plane in the first place! This would be especially beneficial to those who normally get sick or anxious from flying. The headset boasts 2D, 3D, and 180-degree viewing capabilities, is Wi-Fi and Bluetooth ready, and can freely adjust its focus to accommodate all levels of eyesight. 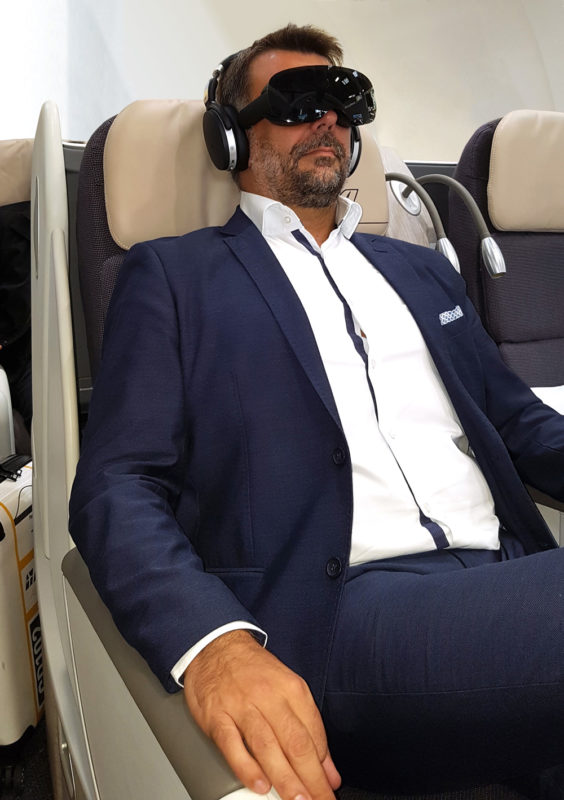 Everything you need to enjoy the Allosky is already integrated into the headset, which means no external batteries or hard drives are necessary. The Qualcomm Snapdragon 820 processor is responsible for the headset’s high-resolution displays, and while the battery may last only a few hours at a time on it’s own, it can be run indefinitely off the plane’s power in this case. Still, the device is generally portable and ultra light, weighing less than the tablets most airlines currently use for in-flight entertainment. Multiply that weight difference by a couple hundred, and you start to see how the headsets could even be helping the airline save money and burn less fuel.

Currently, the headset has access to content from DreamWorks, Lionsgate, National Geographic, BBC, 20th Century Fox, Baobab, Warner Brothers, and many other companies, offering everything from world-class TV series and Hollywood blockbusters to documentaries and ambient visual displays for the passengers’ enjoyment. The Allosky is set to launch on some of the longest transcontinental flights in the United States (including those from Boston to San Diego and Boston to Seattle), giving it a chance to prove that it can really keep people immersed for the long haul. 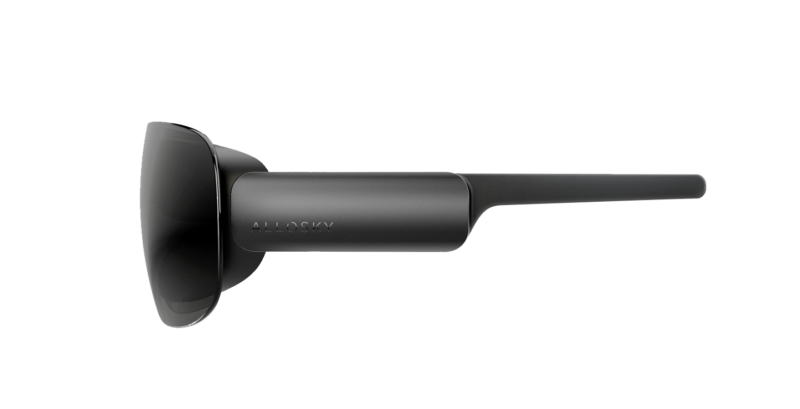 The Allosky is going to be a great way for Alaska Airlines to differentiate itself from its competitors, and as the first airline to trial a virtual reality experience, it’s sure sure to expose a ton of unsuspecting passengers to a piece of technology they’d only ever heard whispers of before. The future really is exciting!