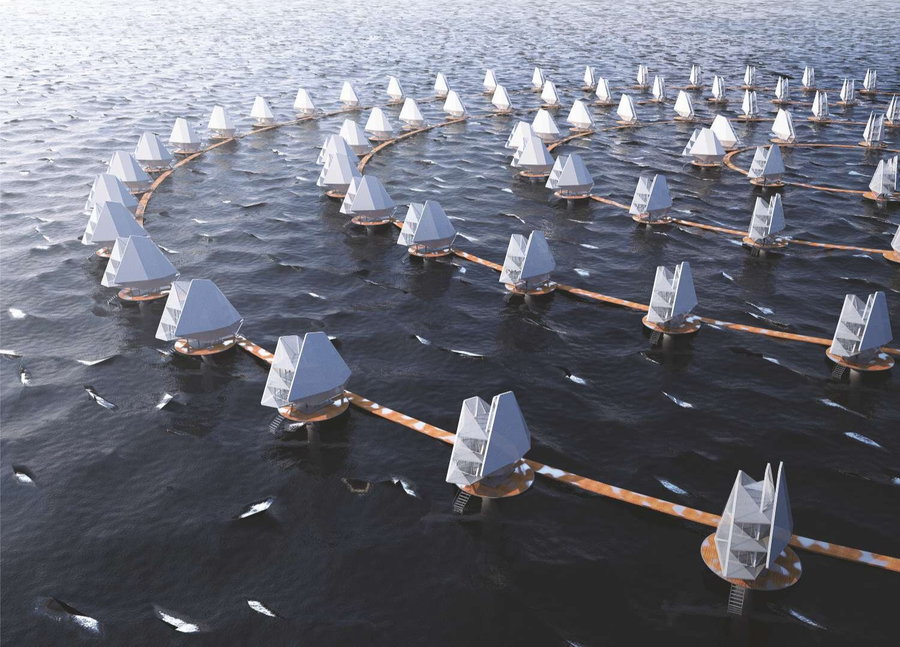 On the surface, floating cities seem like a far-out, somewhat unrealistic approach to dealing with climate change. Can we really be self-sustaining without immediate access to land? In the Netherlands, a thriving community of floating homes has proven that it really is doable. Each individual home is equipped with rainwater collection, solar panels, geothermal heat, green roofs for food gardens, and a small wastewater bio-refinery that produces additional power.

This model could potentially be scaled up, too, introducing all sorts of new possibilities to the contemporary design world. And when you look at its success, it’s a lot easier to imagine a futuristic concept like “Current for Currents” by DADA Studio becoming a reality. Based in Manila, DADA’s team of architects has dreamed up an unusual solution to the ever-present threats of natural disasters, storms, and rising sea levels facing the Philippines. 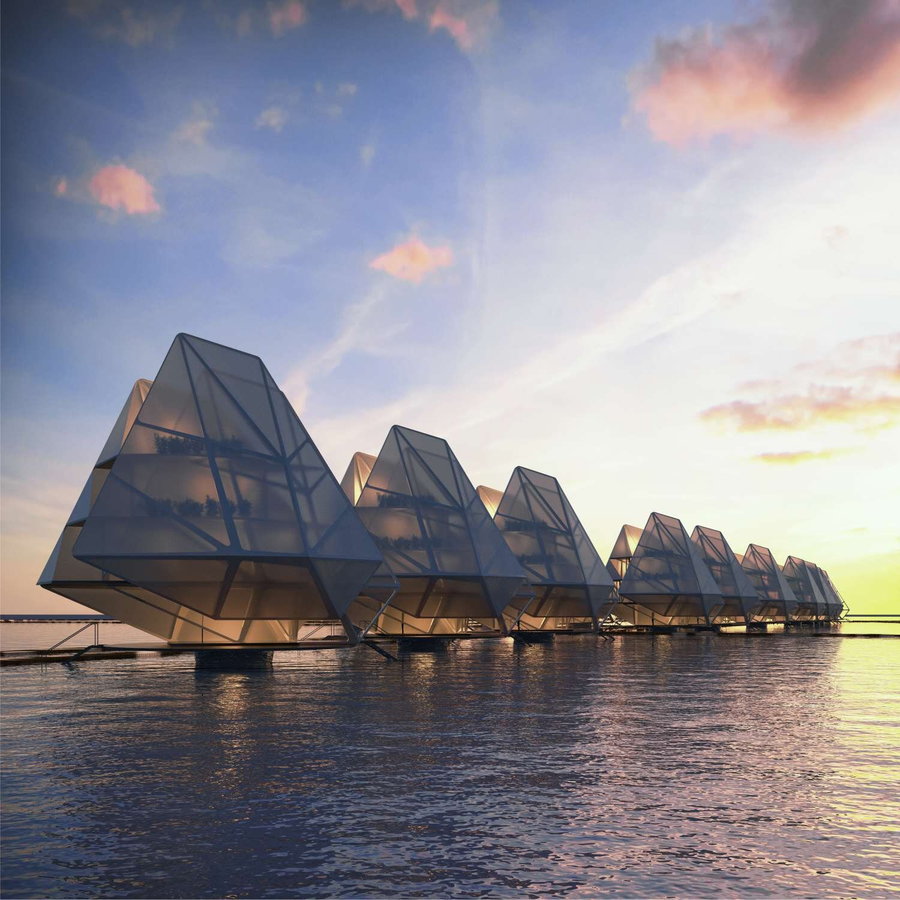 “Current for Currents” is a circular arrangement of modular housing units floating on the surface of the water. Each dwelling is made of molded plastic in a shape reminiscent of ships, anchored to the sea bed and powered by both tidal and solar energy. With the motto of “blue is the new green,” this floating coastal community connects residents to essential resources and services in a way that’s difficult to do using conventional boats.

Equipped with multiple sources of renewable energy, the structures have clearly been designed with flexibility in mind, still capable of powering up whether the seas are unusually calm or the sun isn’t shining. Computer renderings also show hydropower turbines just under the surface of each unit. Some scientists say that harnessing the power of ocean currents could provide “a clean and limitless form of renewable energy,” though the systems must be designed to minimize threats to marine life. 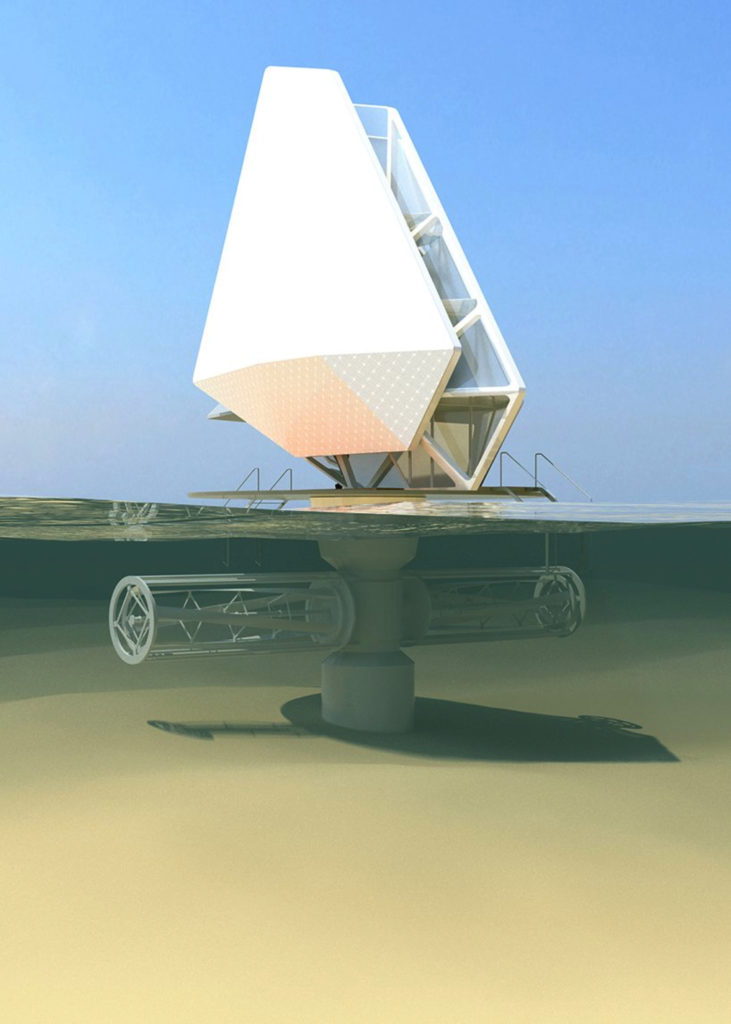 In this case, DADA envisions each turbine providing more than enough power for the individual homes, and even becoming a potential source of revenue for the community at large. Inhabitants who own and maintain these structures could then sell the excess energy to communities on the mainland, reducing the need to go ashore for work. 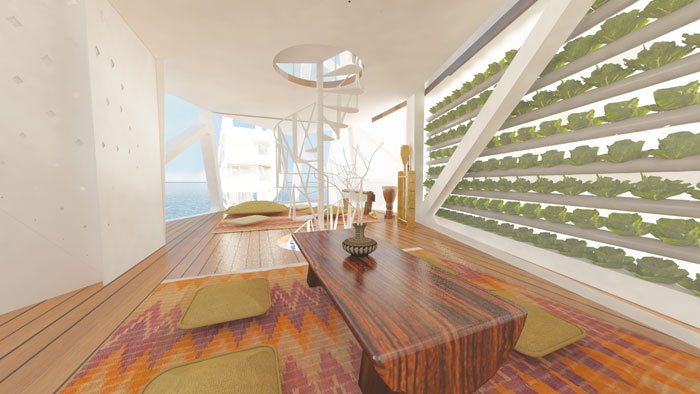 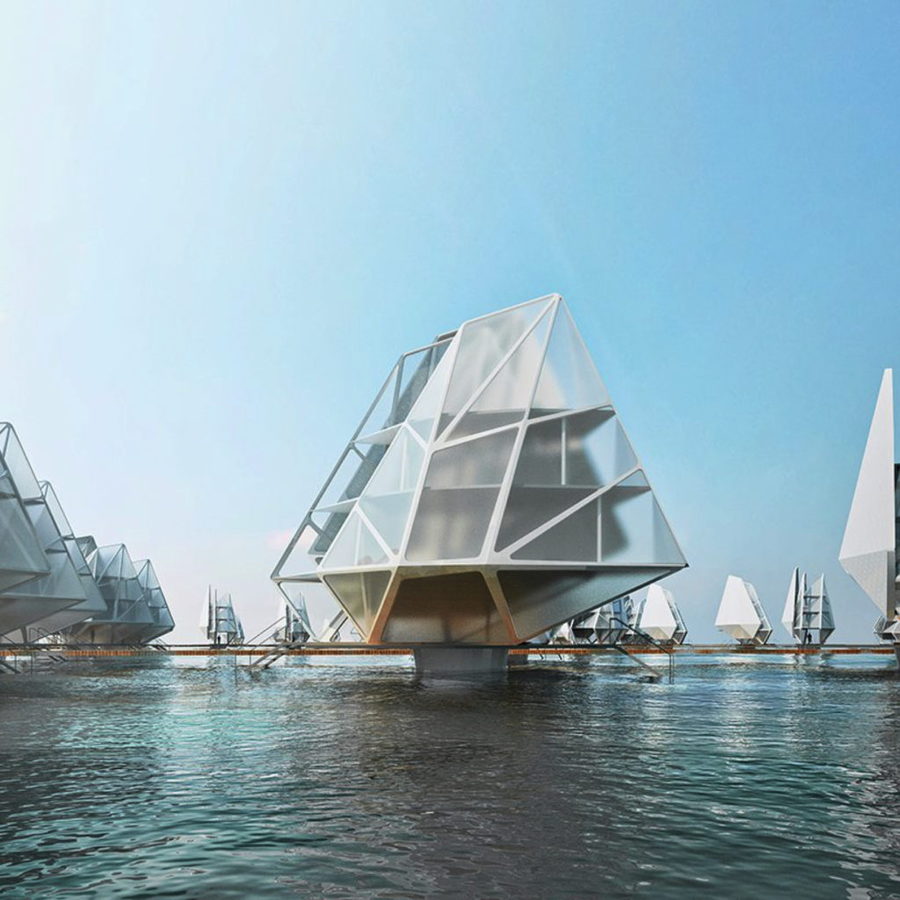 The city’s molded plastic construction makes it exceptionally durable and easy to reproduce, and the uniformity and simplicity of its modules avoids creating an eyesore in beautiful natural areas valued by the public for universal recreational access. While DADA may have designed these particular units specifically for the Philippines, it’s easy to see how they could be adapted to other locations around the world, perhaps even with slight changes to their shapes to reflect the local vernacular. 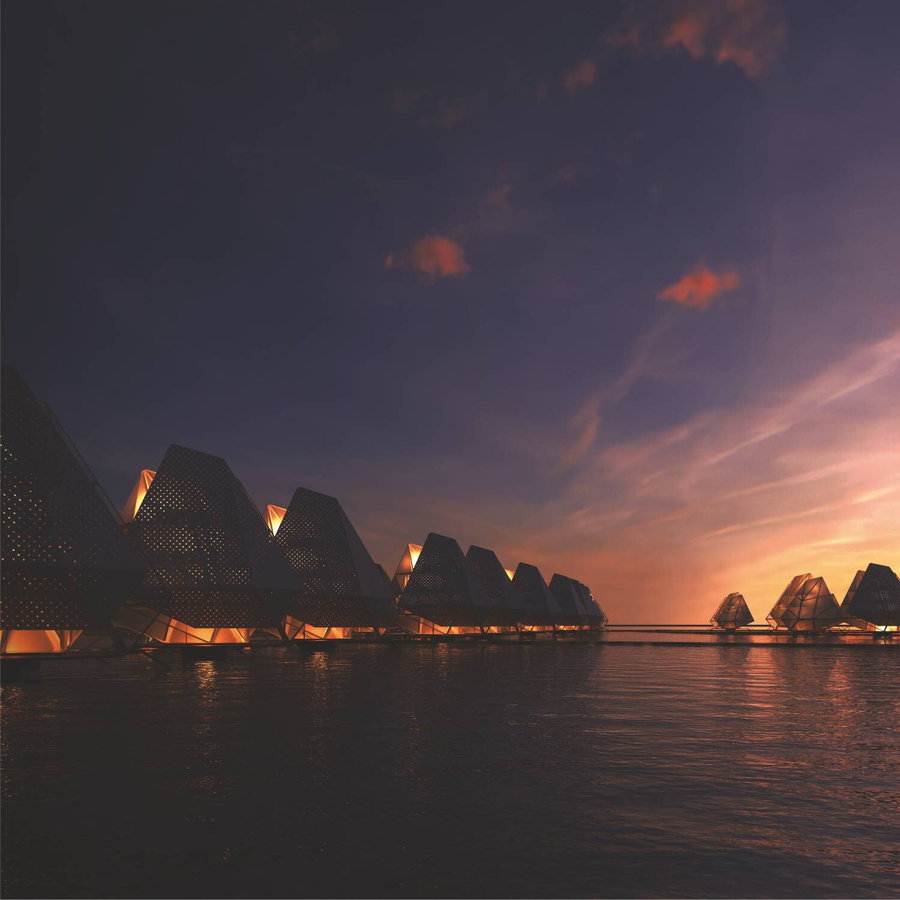 We’ve seen lots of similar concepts over the years. A decade or so ago, architects like Vincent Callebaut kicked off a trend of floating city concepts that seemed just as untethered to reality as they were to land, but maybe that’s just because it had never been accomplished before. It’s highly likely that coastal cities grappling with unstoppable rising sea levels will eventually have to abandon their attempts to “shore up” against the problem and learn to similarly live with the influx of water. DADA’s concept is just one way to pull it off.