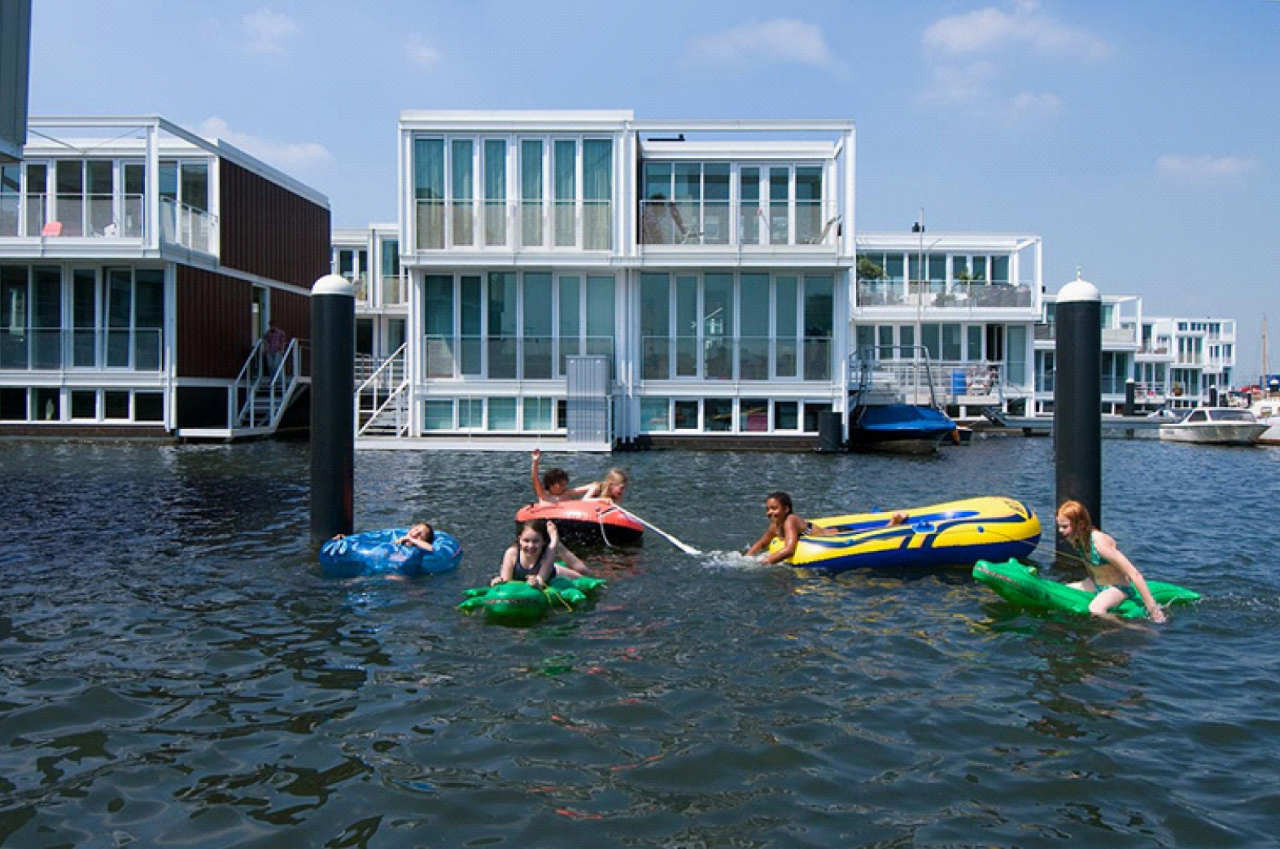 “There goes the neighborhood!” has never had such a positive connotation, nor such a literal one. This mini-city-on-the-water development is drifting into place house by house to form a new kind of contemporary community on the water. 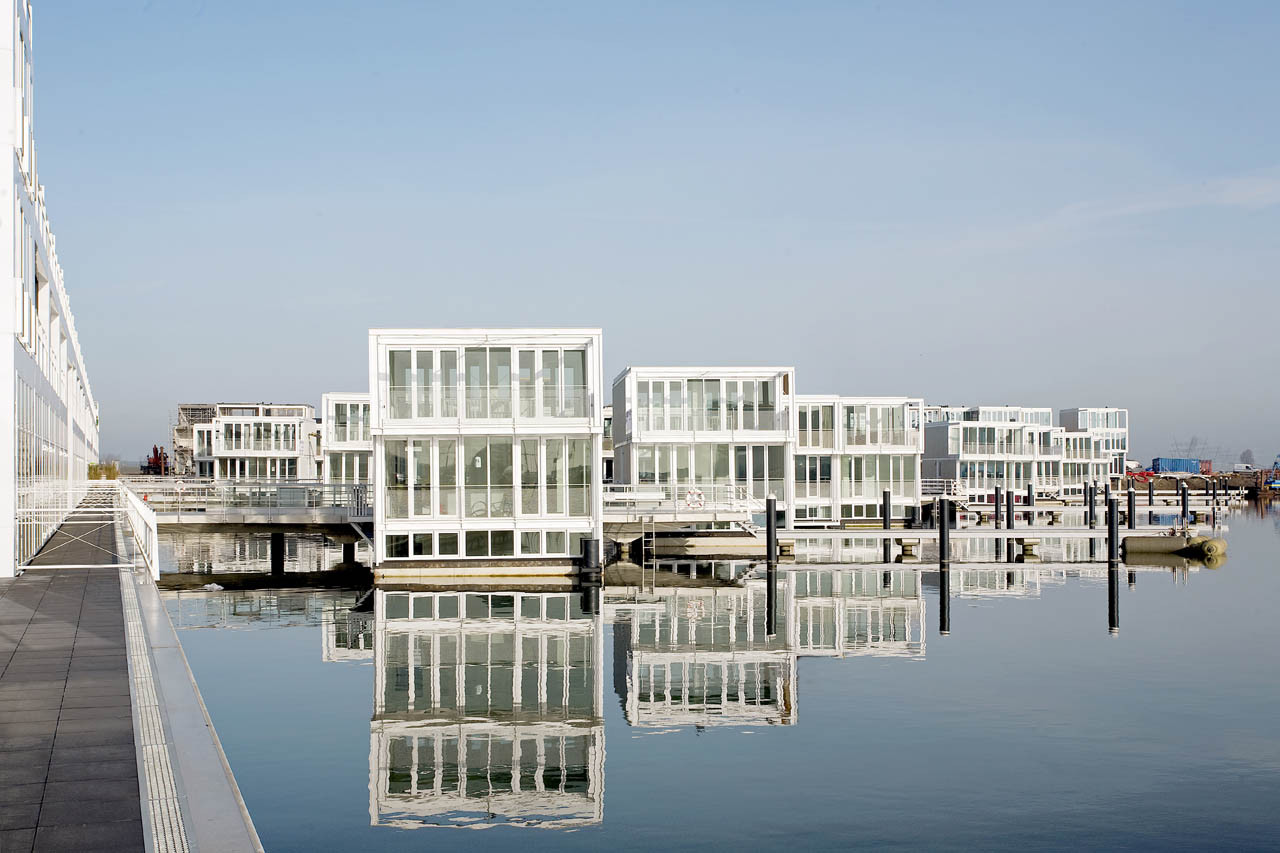 Rome wasn’t built in a day, as they say, but this new Venice by Dutch firm Rohmer virtually was, its constituent buildings pushed and pulled by barge and boat through locks and dams to their destinations. 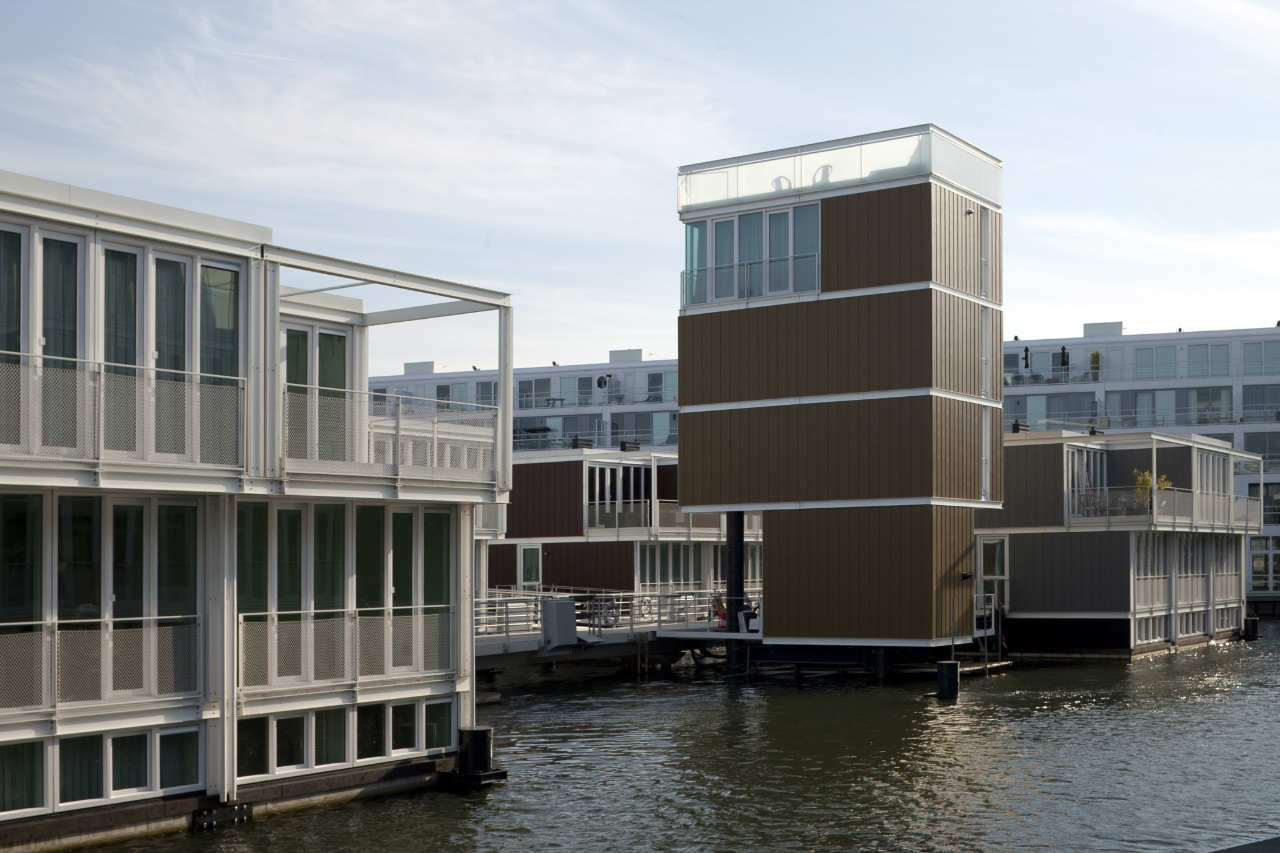 Built on a series of basic modules, doors, windows and walls were flexibly inserted based on the needs of each individual home, while docks and ramps serve as impromptu streets and de facto sidewalks between buildings. 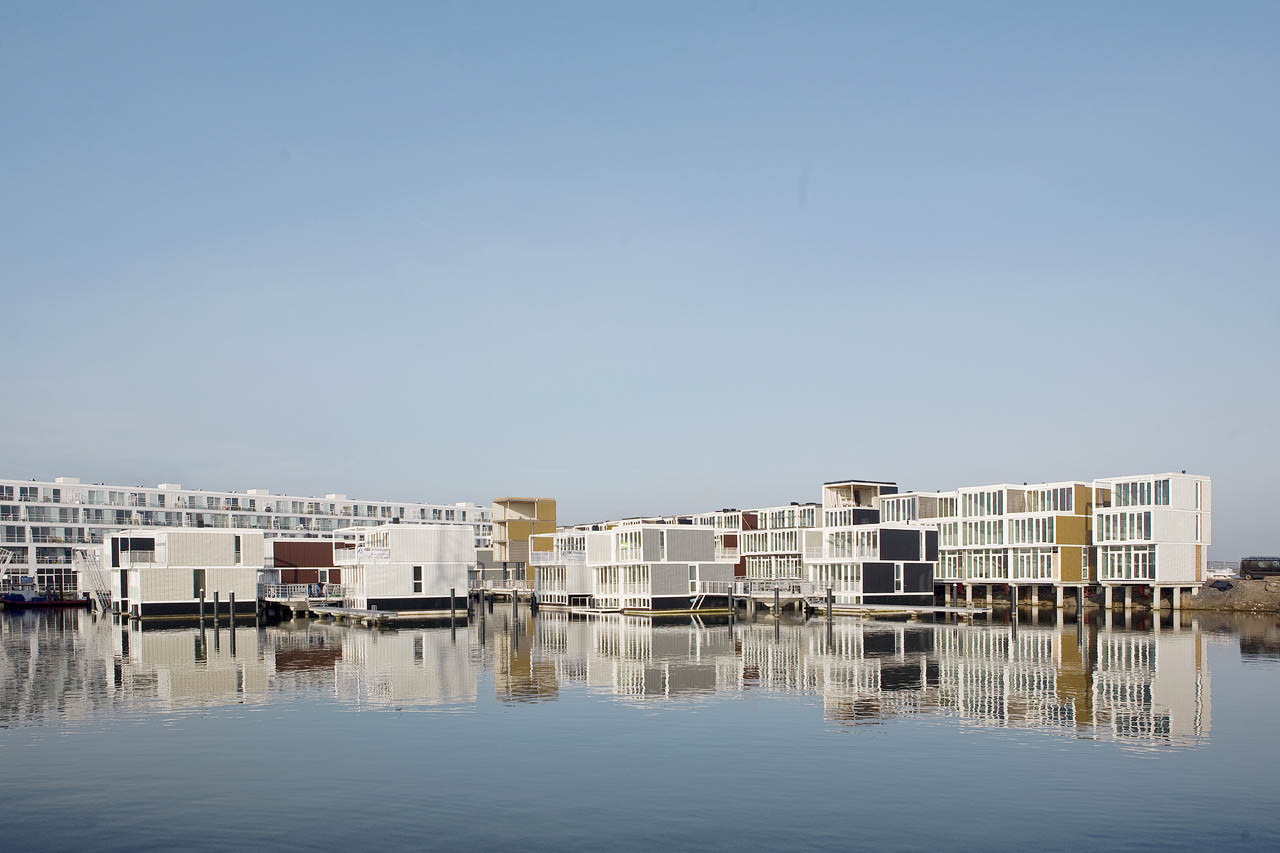 Upper decks afford views out over the water, while common buildings provide additional services and community spaces. All in all, a prefab neighborhood from start to finish, yet nothing like the manufactured American suburb. For Mieville fans: we are now one step closer to the forever-floating city of The Scar (via Inhabitat with photographs by Roos Aldershoff, Marcel van der Burg, Luuk Kramer.)

“Given the strictly geometrical structure of the triangular allotment – created through the diagonal slicing of the basin by suspended power lines – we tried to give the plotting along the jetties the perception of a seemingly detached informal layout of water dwellings. By varying the distances between the dwellings as well as their orientation, we attempted to create a simple play of continuously varying views.”

“This effect is enhanced by reserving considerable space between the floating homes for boats, thereby achieving a number of objectives without resorting to artifices. These objectives include a pleasant, rumbling character, water ambiance, movement, a sense of individuality, and a boat docked at home. We strive to achieve a sense of laxity and individuality in spite of the project-based approach.”

“The floating homes are supported by concrete “tubs” submerged in the water to a depth of half a storey. A lightweight supporting steel construction is built on top, which can be filled with glazing and brightly colored plastic panelling.”