For the first time, astronomers have been able to see the center of the Milky Way galaxy, capturing an image of its supermassive black hole. An international team of researchers working with the Event Horizon Telescope (EHT) have revealed Sagittarius A*, which they describe as “the still point around which our galaxy revolves,” located about 27,000 light-years away from Earth. Taken in the light of submillimeter radio waves, the image is official proof that a black hole at the heart of our galaxy exists, and it appears as a bright ring surrounding the darkness.

“We were stunned by how well the size of the ring agreed with predictions from Einstein’s Theory of General Relativity,” says EHT Project Scientist Geoffrey Bower from the Institute of Astronomy and Astrophysics, Academia Sinica, Taipei. “These unprecedented observations have greatly improved our understanding of what happens at the very center of our galaxy, and offer new insights on how these giant black holes interact with their surroundings.” 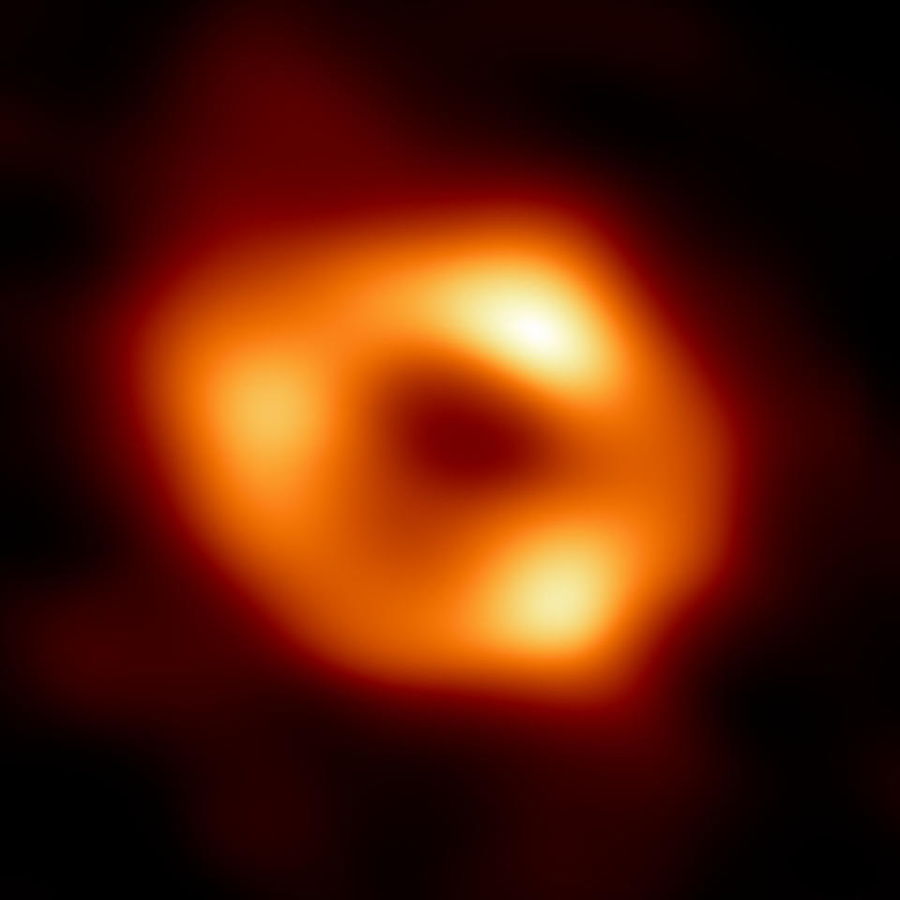 The Event Horizon Telescope previously made headlines in 2019 when it produced the first ever image of the event horizon of a black hole, this one at the center of the active elliptical galaxy Messier 87 (referred to as M87*). They were also seeking proof of the mysterious Sagittarius A* at the time, but were repeatedly frustrated. The Earth’s atmosphere tends to absorb the submillimeter radio waves the telescope uses to capture its images, and all the gas and dust in between our planet and Sagittarius A* can blur any results.

Even more challenging is the fact that as black holes go, Sagittarius A* is weak. Black holes feed from material around them, like gas clouds, asteroids, and stars, but just a trickle of material is seen making it all the way into Sagittarius A*. 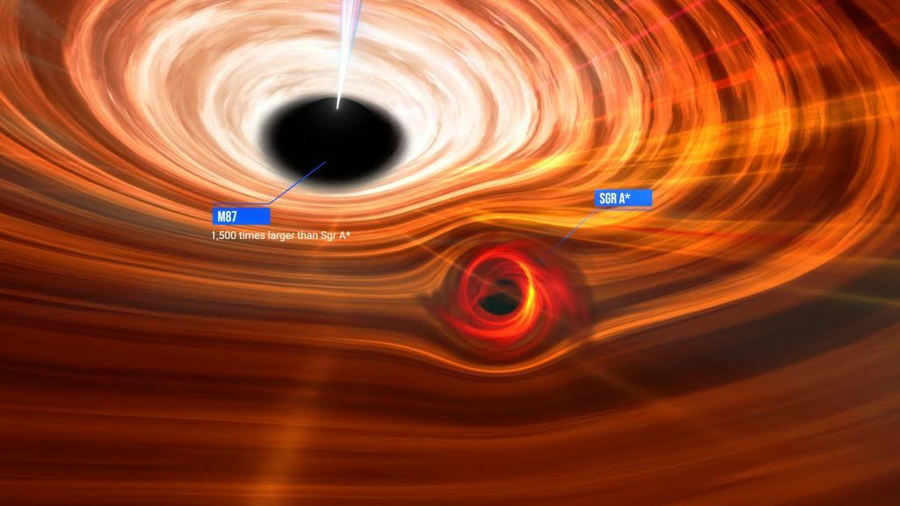 “The gas in the vicinity of the black holes moves at the same speed—nearly as fast as light—around both Sgr A* and M87*,” says EHT scientist Chi-kwan Chan, from Steward Observatory and Department of Astronomy and the Data Science Institute of the University of Arizona, USA. “But where gas takes days to weeks to orbit the larger M87*, in the much smaller Sgr A* it completes an orbit in mere minutes. This means the brightness and pattern of the gas around Sgr A* was changing rapidly as the EHT Collaboration was observing it—a bit like trying to take a clear picture of a puppy quickly chasing its tail.”

Exactly why Sagittarius A* is taking in gas so slowly is still a mystery, but take its “weakness” relative to other black holes with a grain of salt. It still has a mass approximately 4.3 million times the mass of our sun, according to Nobel Prize-winning research led by Andrea Ghez, an astrophysicist at the University of California, Los Angeles.

The Event Horizon Telescope team is made up of more than 300 researchers across 80 institutions. Their images are made possible by a technique called Very Long Baseline Interferometry, which allows astronomers to combine data from radio telescopes across the world as if they were one big telescope. When the images of Messier 87* and Sagittarius A* were captured, the network consisted of eight telescopes, but three more have since been added.