Design inspired by space travel tends to fall into two categories: glossy, mostly-white minimalism driven by a sense of wonder and possibility, and the slightly darker, edgier aesthetic of intergalactic sci-fi horror. The former is a little bit Jetsons and a little bit Star Trek, fascinated by innovative technologies and the excitement of new frontiers. The latter is tinged with the existential dread most of us feel about the prospect of actually encountering alien life. 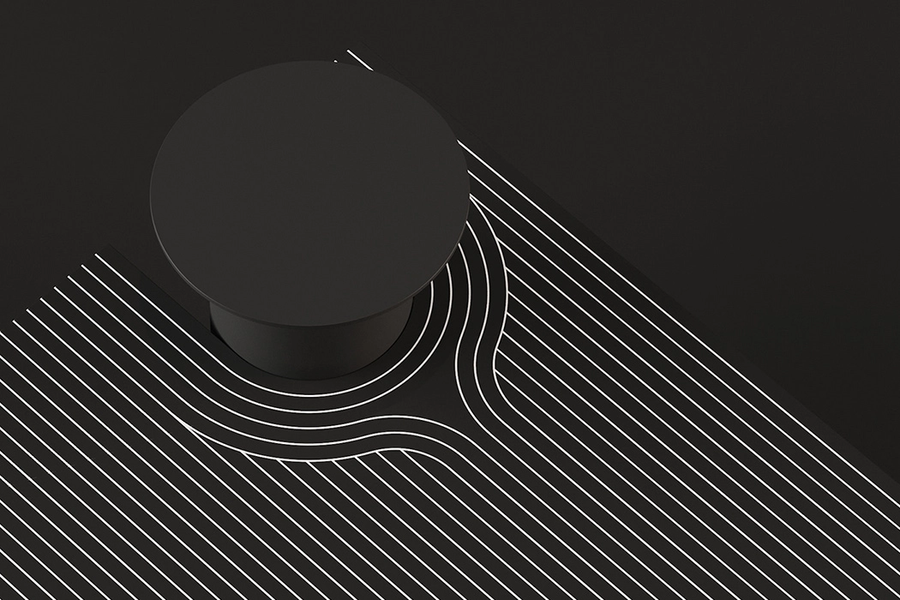 Some of the best sci-fi-inspired design captures both, conjuring a feeling of awe tinged with the heaviness of all that might be lurking just outside our perception. A new furniture collection by designer Dmitry Kozinenko walks that line. It’s simple but dynamic. Monochromatic but engaging. Best of all, it features a slightly unusual arrangement of forms without feeling fussy or pretentious. 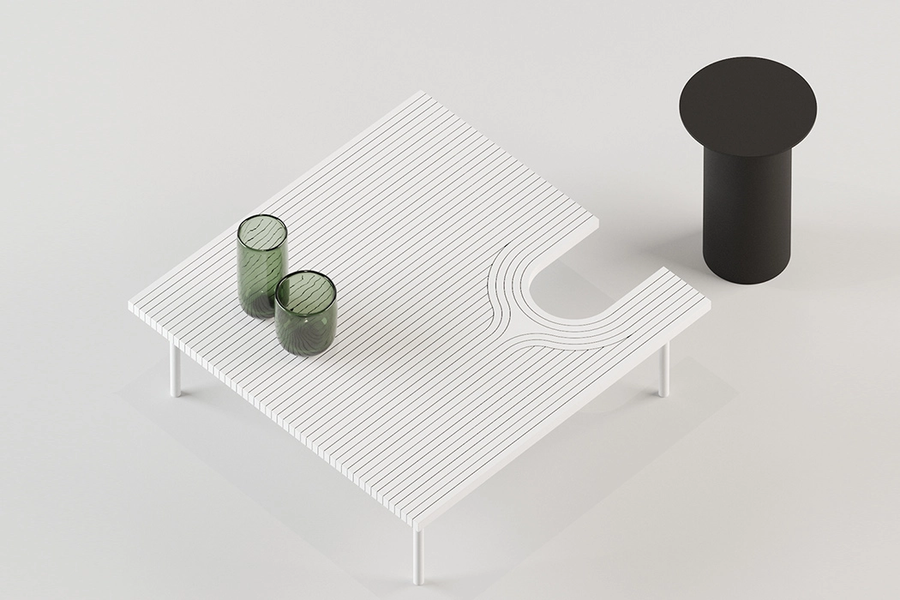 Named “Spacetime,” the collection has been likened to the feel of Christopher Nolan’s 2014 sci-fi film Interstellar, in which a team of astronauts uses a newly discovered wormhole to travel deeper into our solar system than ever before. Rectangular tables are adorned with lines that warp around voids cut into one side. Slightly taller matte black stools tuck into the open space, or pull out when in use. The tables come in a variety of rectilinear shapes with one or more stools, and when put together, they can be used to create all sorts of configurations.

“Spacetime” also calls to mind imagery from the 2009 science fiction film Moon, starring Sam Rockwell as a man who experiences a breakdown near the end of a solitary mission mining helium on the far side of the moon. That film’s memorable movie poster featured Sam in the center of a series of white concentric circles on a black background (and would actually look pretty awesome in a room with this particular furniture collection). 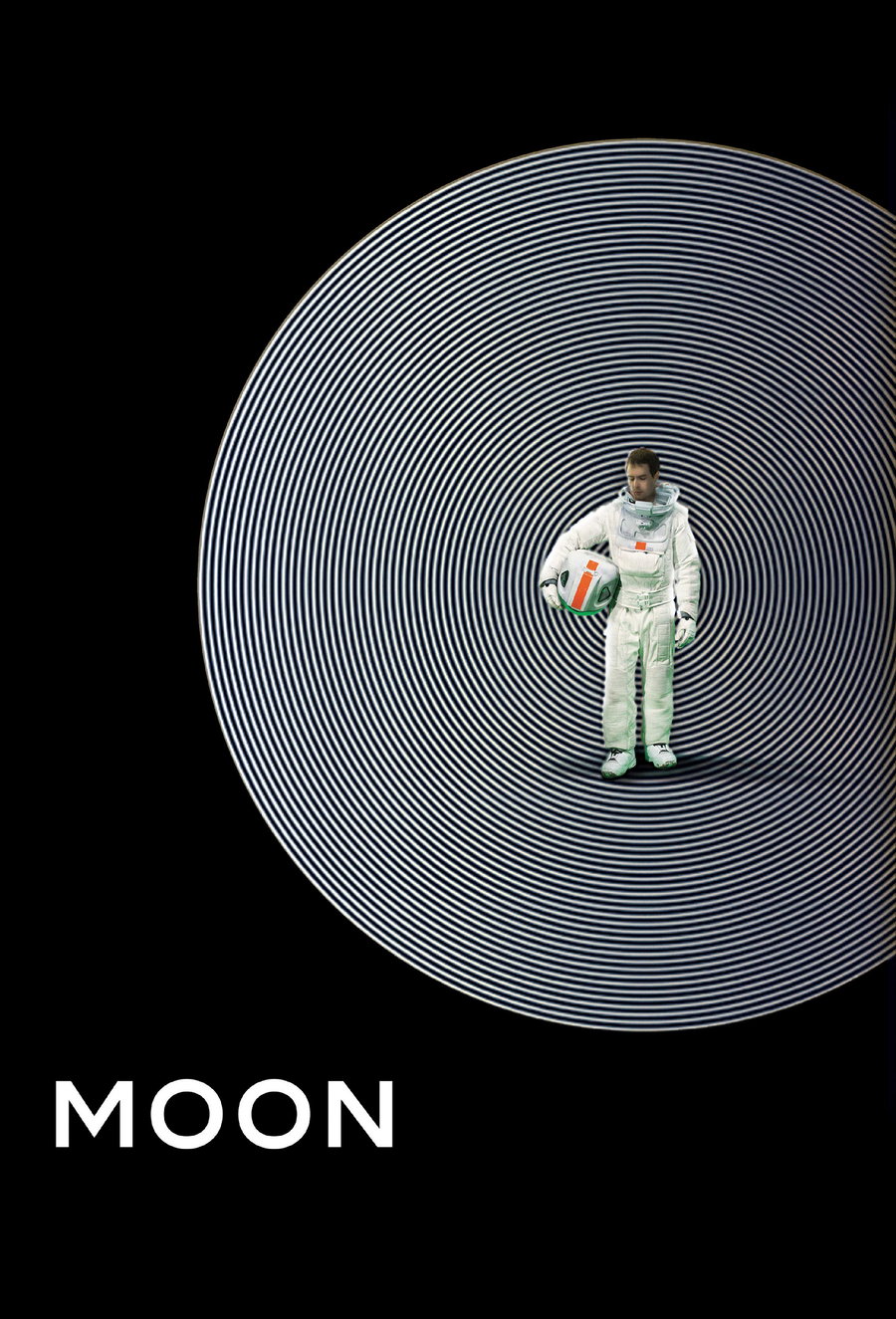 Kozinenko says he took inspiration for the series from the way an accretion disk in space warps around a black hole, thereby bending the light. An accretion disk is a structure formed by diffuse material in orbital motion around a massive central body, and “friction causes the orbiting material in the disk to spiral inward towards the central body.”

“I spend a lot of time in thinking about the visual side of our life and how it affects our personalities,” says the designer. “Always drawing a lot in searching of new ideas. For this moment I live and work in Kiev, Ukraine. I’m trying to create not just new objects, but rather new principles and design patterns that may sometimes go beyond [the] product design area. In my projects, I always try to establish some deep idea and some kind of philosophy, [because] to me just functionality is not enough usually.” 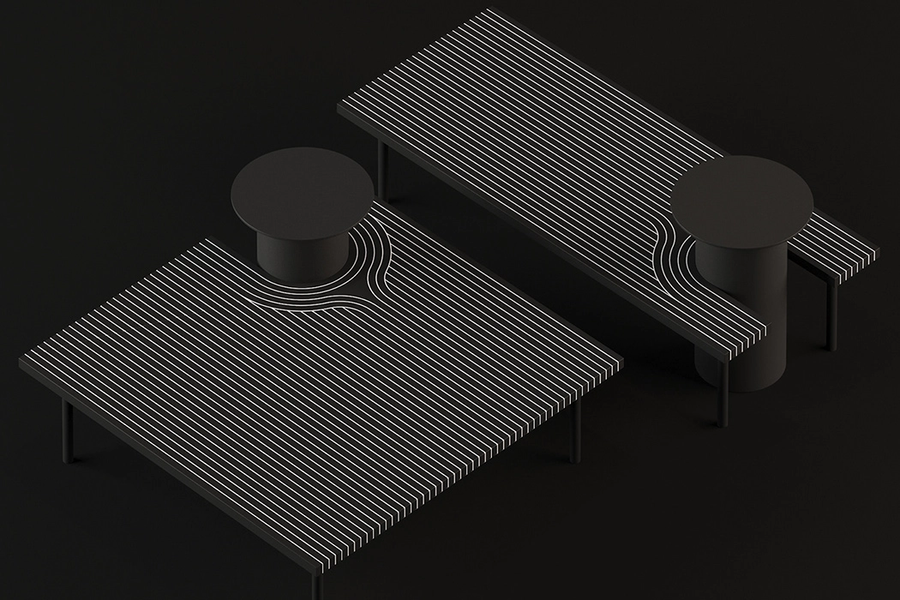 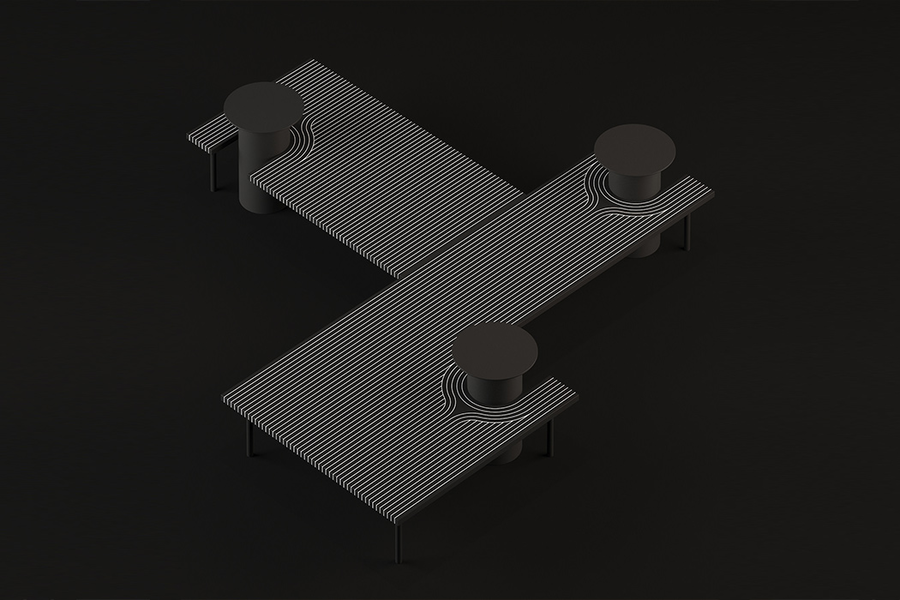 “Sometimes I clearly feel that the object which I keep in my mind just should exist and its form is obtained by itself. I love to work with simple and clear shapes, [and] try to look at them by another way. I have a special vision of things and think its very important for me not only as a designer but as a human also.