The era of flexible electronics is officially here. 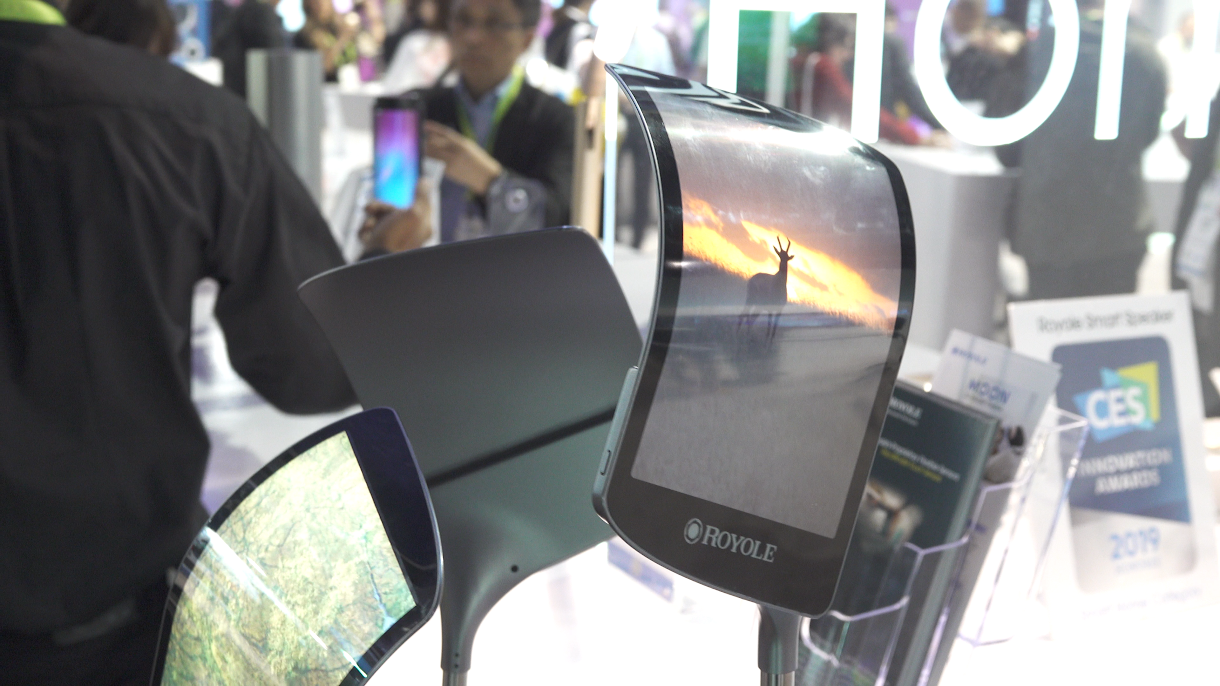 Try as we might to work with the shortcomings of expensive smartphones, laptop computers, and other gadgets made of stiff, fragile materials, they just aren’t very practical for day-to-day life. While Apple’s iPhones just keep getting larger (and still primarily consist of glass), smaller companies are sailing headlong into the future with bendable, foldable gadgets that won’t crack into a million pieces when dropped. 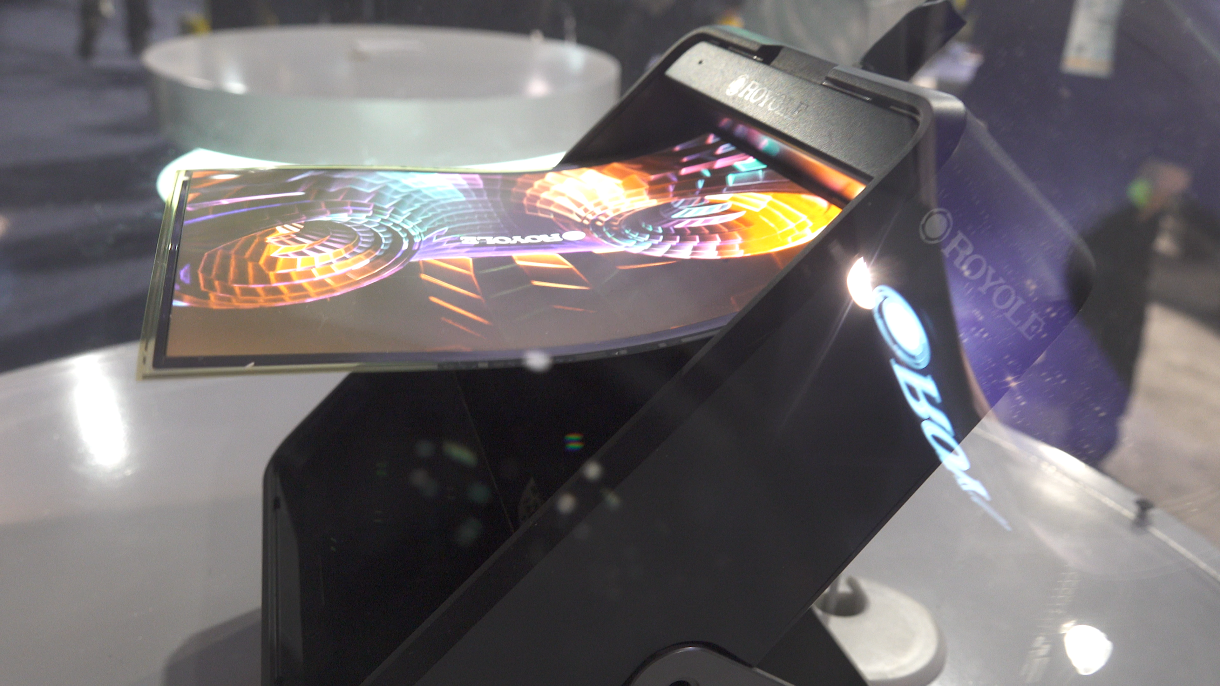 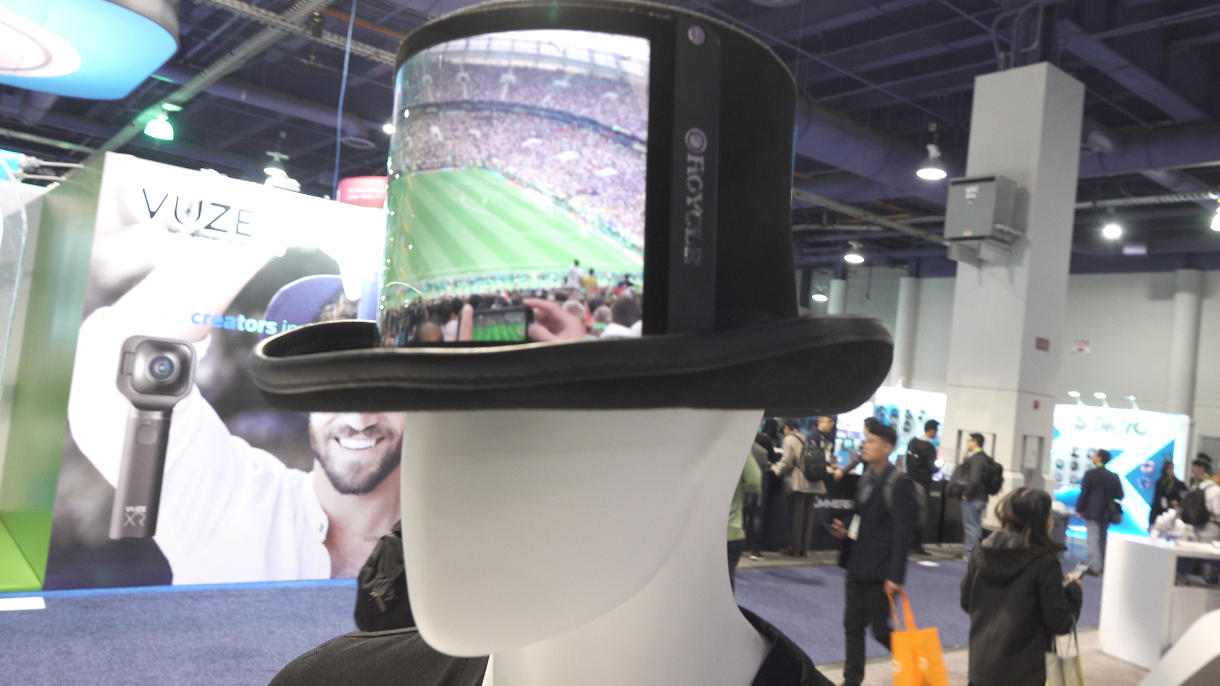 Dornob got a chance to see Royole’s game-changing new technology in person at this year’s Consumer Electronics Show (CES), where the company founded by Stanford engineering graduates officially debuted its proprietary flexible sensors. Derived from their development of next-generation AMOLED flexible displays, this new sensor technology can be used for all sorts of things, from transportation and robotics to smart home items and consumer electronics. And yes — the implications of this tech in the latter category are just as exciting as they sound.

The mass-producible flexible sensor technology is extraordinarily sensitive and precise, supporting multi-touch gestures, bezel-less design, and low production costs while operating on “unbreakable” displays that are said to be as thin as butterfly wings. 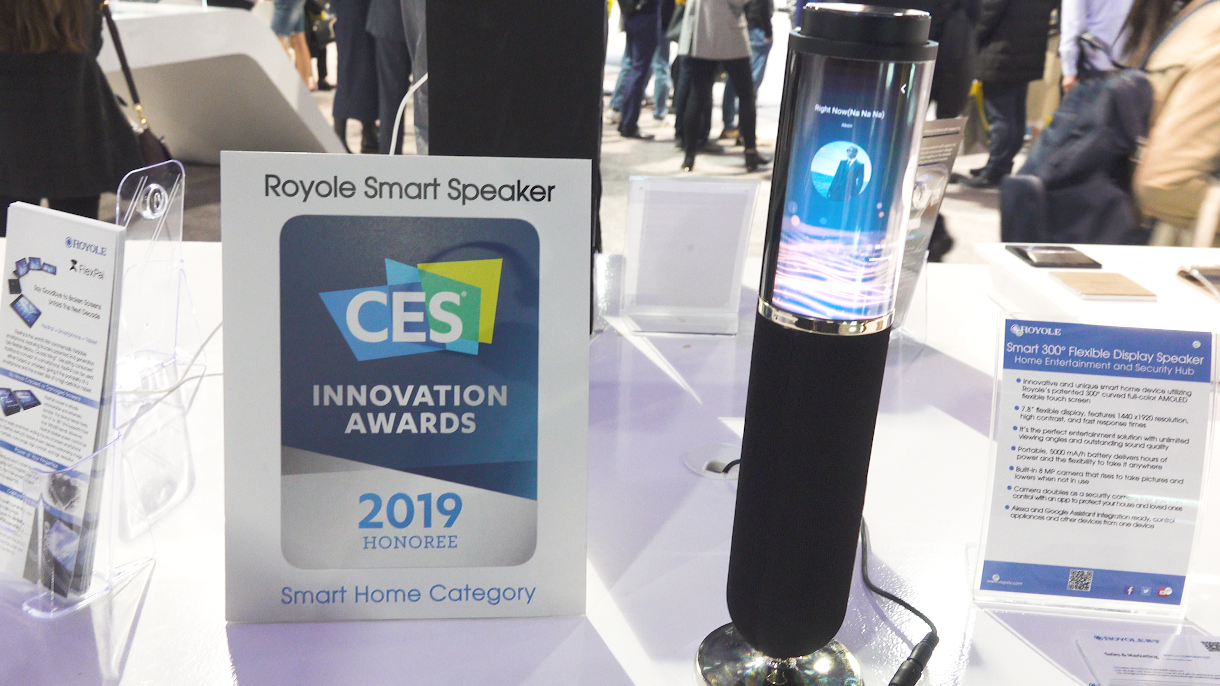 Royole’s CES showcase included a booth full of flexible touchscreen sensors that bent to mimic the contours of tiny robots, flexible display speakers for home entertainment and security, tablets, phones, and even clothing and accessories, making screens more or less seamlessly wearable for the first time ever. Sometimes renderings over-promise, but we can confirm that these gadgets are really just as pliable as they appear in photos.

Company founder Bill Liu was on hand to highlight the talk of the convention: the world’s first commercial foldable smartphone that’s actually a phone and a tablet in one. This “Flexpai” makes use of Royole’s Flexible+ platform technologies and boats a 7.8-inch AMOLED screen made of plastic with a 1440p resolution. A hinge along the back of the device lets you fold the entire thing in half. When it’s closed, you can use the Flexpai like a standard smartphone. Open it just a little bit, and it stands up on its own. When fully open, it blows the display size of other smartphones out of the water, yet it’s far more portable than standard tablets. 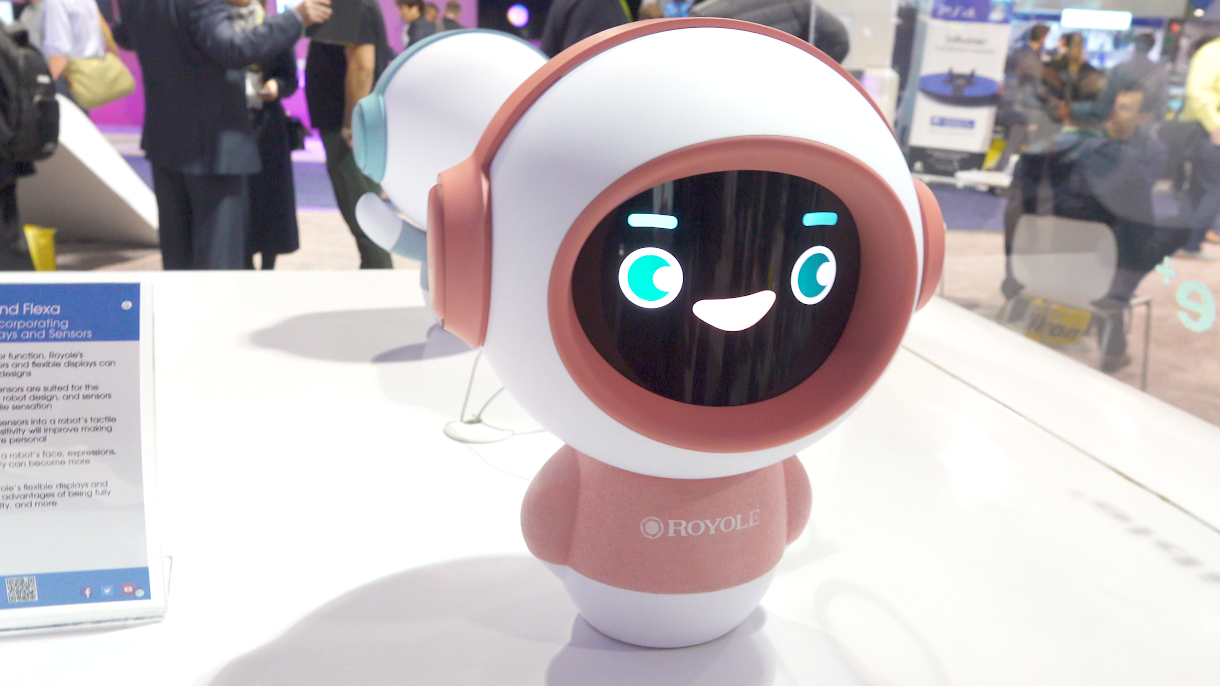 The FlexPai runs on a custom OS called Water (an extension of Google Android 9.0), and it boasts a fingerprint scanner, 16-megapixel wide angle camera, and a 20-megapixel telephoto lens. It’s also got a 2.8GHz octacore Snapdragon chipset and a 3,800mAh battery that can be juiced up rapidly thanks to Royole’s proprietary Ro Charge technology. 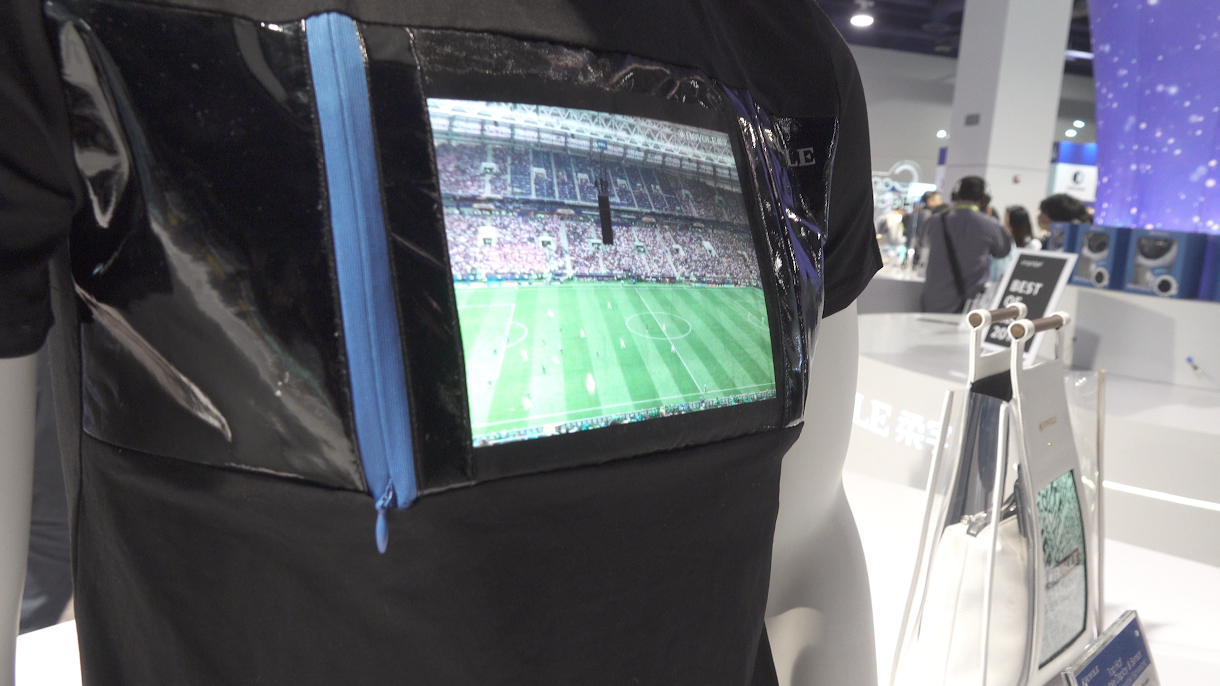 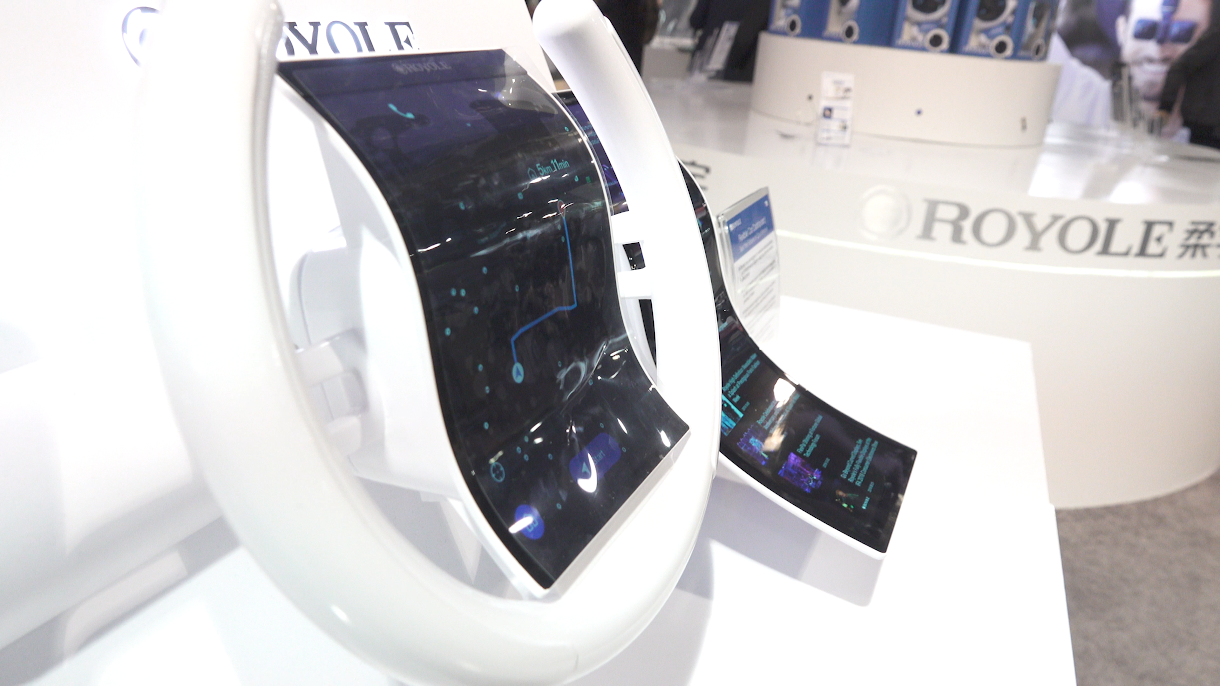 “We are currently working with over 220 business partners worldwide to implement flexible displays and sensors in a variety of products that will reshape the world of consumer technologies.”

While Samsung unveiled its own foldable tablet back in November 2018, the lesser known Flexpai beat it to both CES and the global market. The smartphone is already available in China, with shipments expected to the United States and United Kingdom in the coming months. It costs $1,318 for 6 GB of RAM/128 GB of memory and $1,469 for the 8 GB of RAM/256 GB version.