Samsung’s new foldable smartphone hopes to simply life for consumers by giving them all one less device to worry about. The company is branding the Infinity Flex Display, or Flex, as a cross between a standard phone and a full-sized tablet. 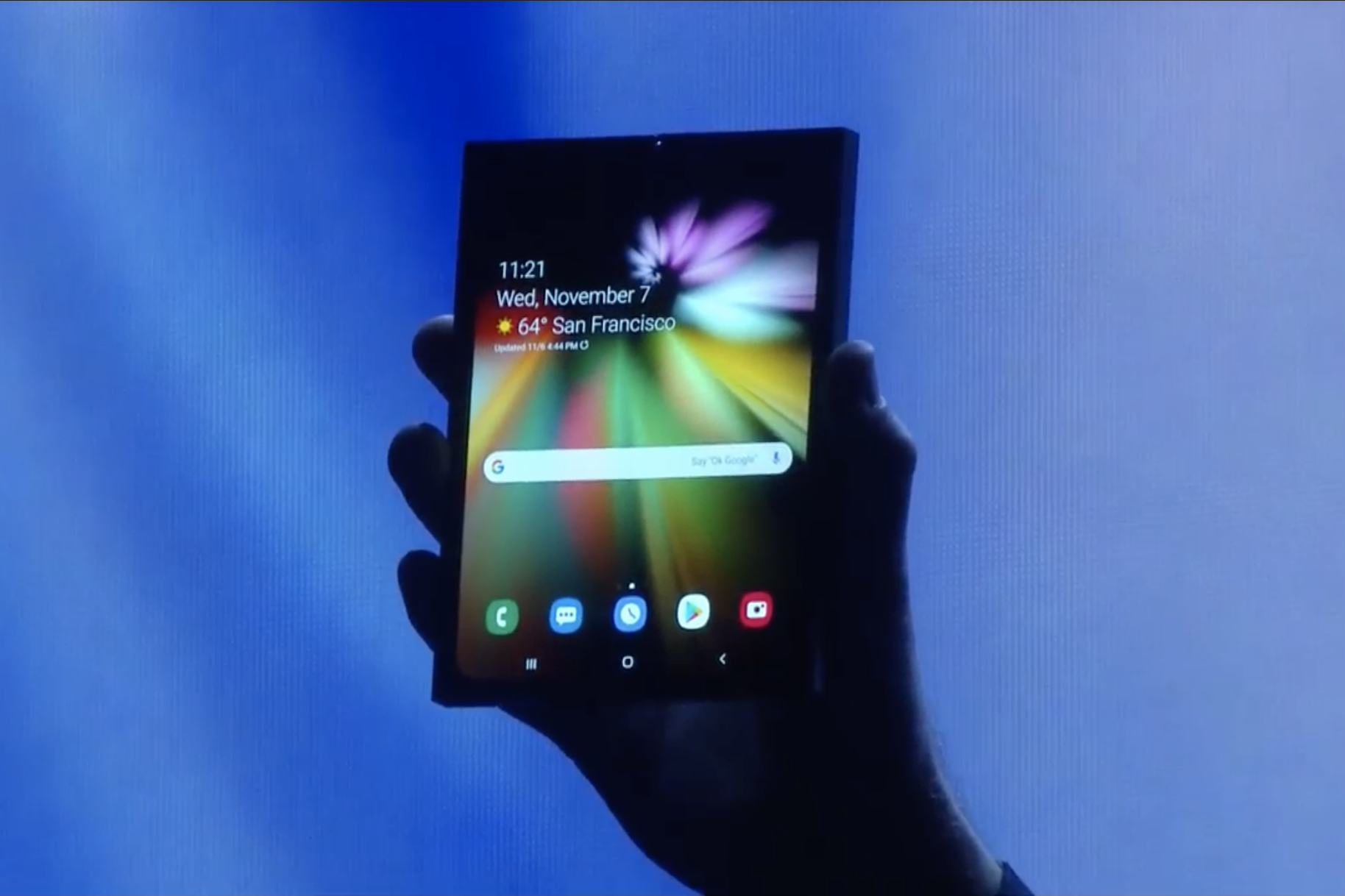 When the Flex was unveiled in November 2018 at the Samsung Developer Conference, the presentation lights were dimmed to conceal the details of the phone’s design. Going to such lengths to protect its secrecy may have seemed melodramatic to those in the room, but Samsung has good reason to be cagey: they’re trying to be the first to go to market with a foldable device, working tirelessly to do outdo competitors like Huawei, Xiaomi, and Lenovo.

Working in conjunction with Google, the company hopes to start mass producing the Infinity Flex Display sometime in early 2019. It’ll run exclusively on an Android operating system, retaining the convenient size of a smartphone while equipped with all the multifunctional qualities of a tablet. Android will be building APIs that will allow users to operate several apps simultaneously and manage the difference in resolution between the device’s two configurations.

“We’re giving people the ability to run up to three apps simultaneously,” explained Justin Denison, Samsung’s Senior Vice President of Mobile Product Marketing, at the conference. “No swapping between apps, no closing one app to get to another. Just multitasking as it was meant to be. We call it Multi-active Window.”

The screen itself consists of a flexible backplane, protective coating, ultra-thin polarizer, shock-absorbent film, and cover display. The company explains that “the cover display is a fully functioning touchscreen that allows you to use your apps without opening the device. If you want a bigger screen, you simply unfold it to reveal the full 7.3-inch display.” 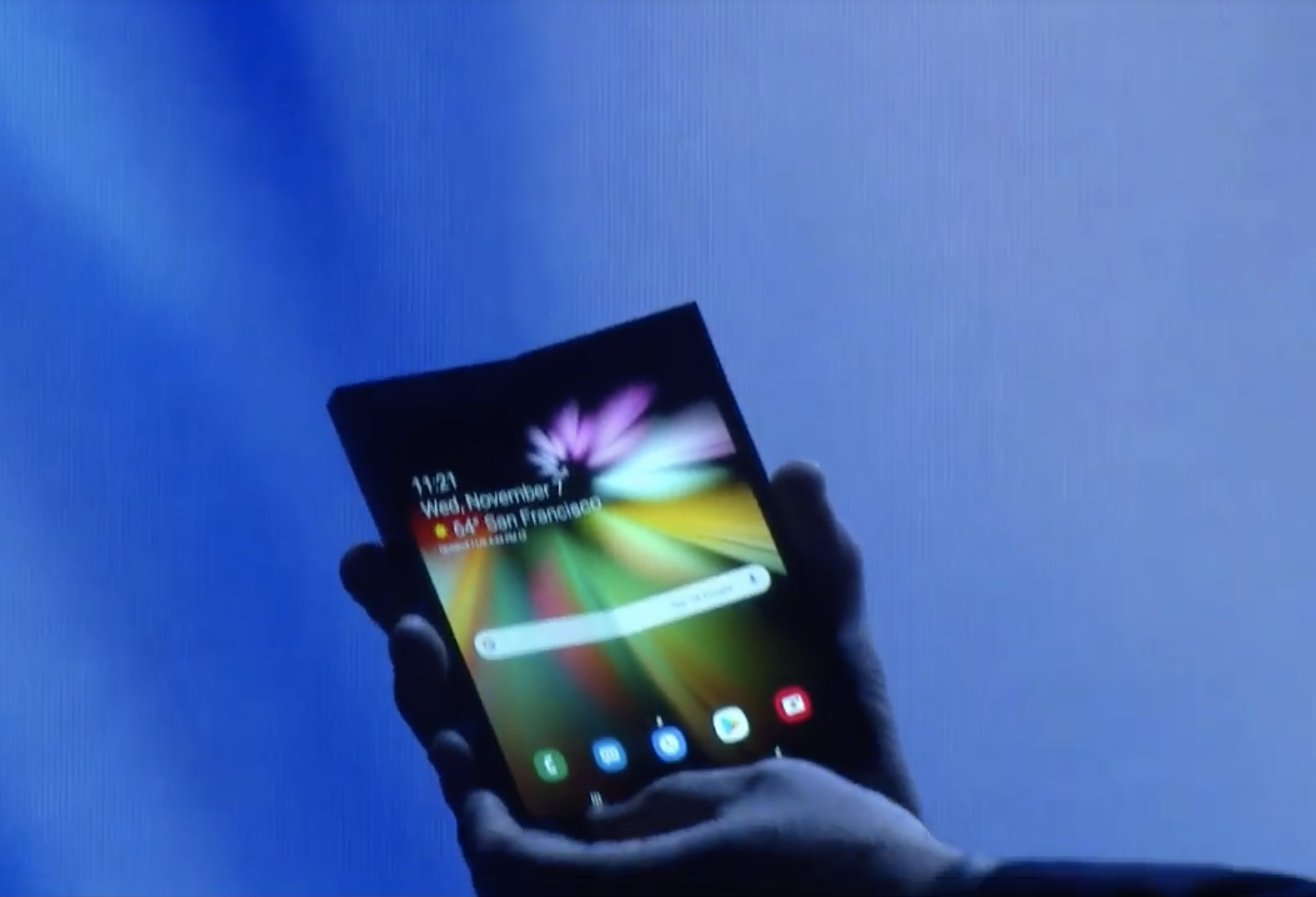 “We had to invent a new protective layer, in this case an advanced composite polymer that’s both flexible and tough,” added Denison at the conference. “We had to find a new type of malleable adhesive that [would] allow us to laminate the display layers together securely while enabling them to flex.”

Not only is Samsung working on a foldable smartphone, but they’re also looking at other ways to make their other devices more flexible for consumers, with an innovation pipeline that’s purported to include “rollable and even stretchable displays.” 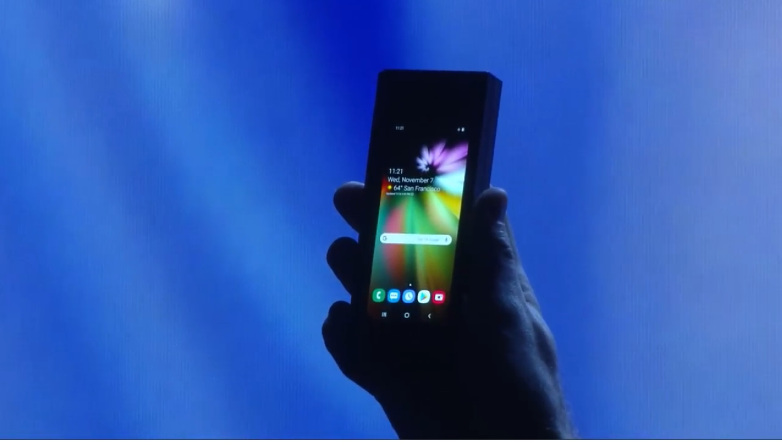 In the coming weeks, the company plans to release an emulator APK to help developers test their apps for the Flex platform.

It’s interesting to see this device being labeled a “foldable smartphone” when in reality it’s more of a tablet that folds up into a phone. Either way, consumers are sure to be happy about having one less device to charge and maintain. Having the option to use the full tablet when needed but a smaller screen for quick and easy functions is something that everyone can get behind.