Ever wanted to dine under the sea? Well, the Norwegian architecture studio Snøhetta is about to make your dreams come true. A new restaurant called “Under” is due to open on Norway’s southern coast, and it’ll allow diners a window into the amazing world below the surface of the water. The famed design studio has just released renderings of and information about this unique dining experience, which will be Europe’s first-ever underwater restaurant.

The studio says that “Under’s namesake holds a double meaning: in Norwegian, ‘under’ can just as well be translated into ‘wonder.’ Like a sunken periscope, the restaurant’s massive acrylic windows offer a view of the seabed as it changes throughout the seasons and varying weather conditions.” 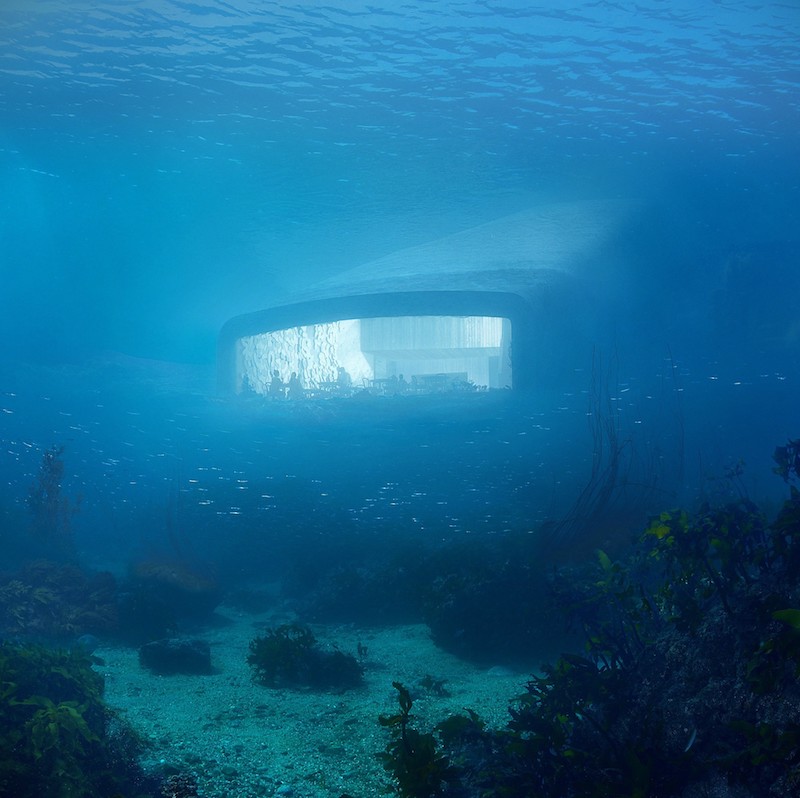 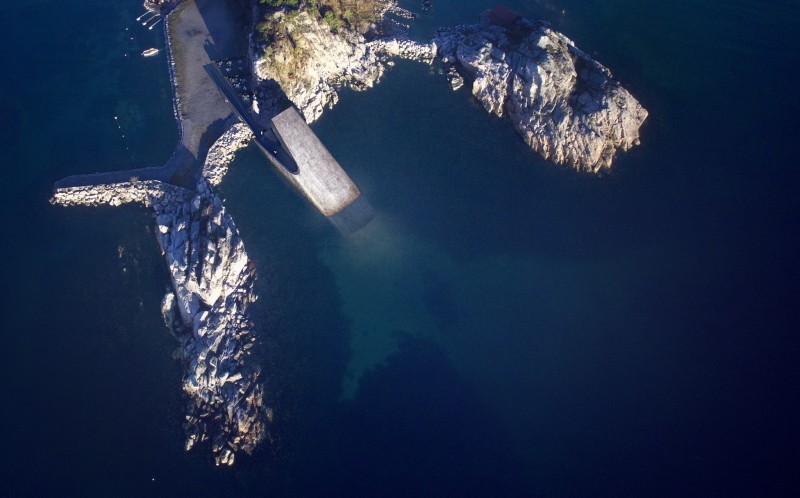 Based on the renderings, it appears that Under will take the form of submerged monolith, a structure which echoes the rocky bluffs of the rugged Norwegian coastline that it will soon be a part of. Its thick concrete shell blends in with the landscape and is also designed to act as a habitat for marine life, such as mussels, to cling to. As mollusks and sea vegetation occupy the hull of the building over time, it will itself become a part of the landscape.

This sensitivity to the site in which it will be located is further encouraged by the presence of a research center for marine wildlife, which will also be contained within the building. The research center, coupled with some aquarium-like views, will help connect Under both conceptually and visually with the underwater world around it. 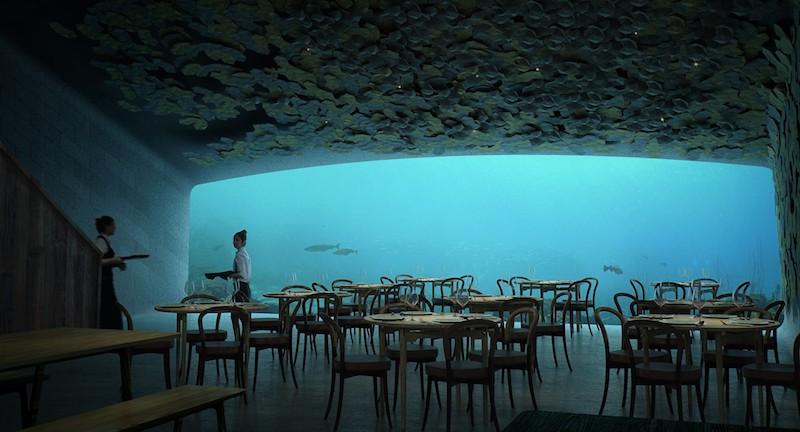 Tilted into the water at an angle, Under’s bottom edge will lie five meters below the surface and rest on the ocean floor. It will be designed to resist the tides and waves that crash against it, and it’ll serve to inform its visitors about the particular creatures and conditions that can be found near that part of the coast. Through both the design and food offered at the restaurant, visitors will receive an immersive experience that takes them right into the heart the place where the food on their plates will be coming from.

Snøhetta says, “The restaurant will also welcome interdisciplinary research teams studying marine biology and fish behavior. The researchers will help create optimal conditions on the seabed so that fish and shellfish can thrive in proximity to the restaurant.”

Under has a capacity of 80 diners, and one of its walls will be entirely composed of a giant glass window, turning the ocean outside into a giant aquarium. 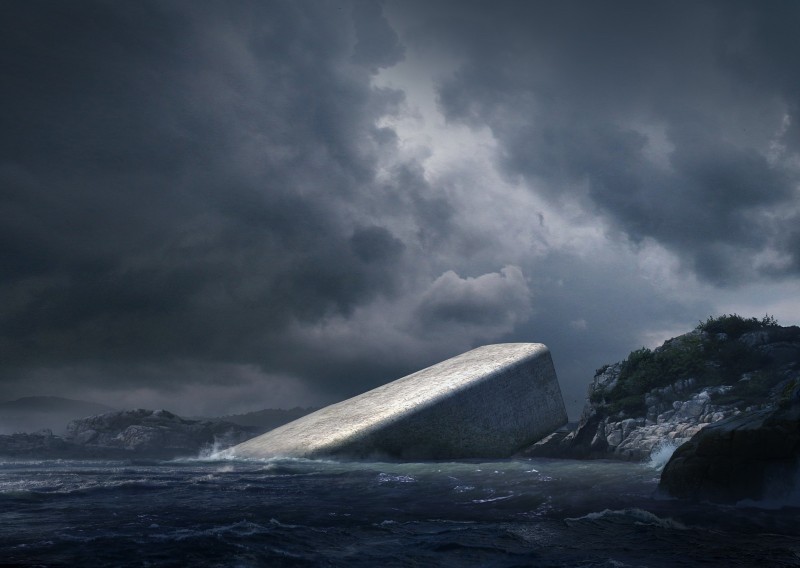 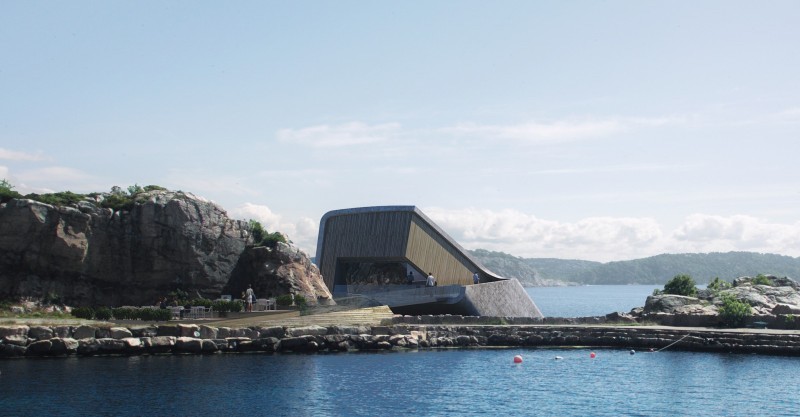 The trail leading to the restaurant will be lined with information about the area and its wildlife. At the end of this trail, visitors will enter through a threshold clad in locally-sourced timber, which (like the restaurant itself) will weather with age and become a part of the natural landscape. A tidepool will greet guests at the front of the building, and they will descend three levels through the bar and eventually into the dining area. Views of the structure will be afforded through this intermediary space by a vertical window that cuts through every level, further connecting them all to one another.