Could you ever imagine transforming the ruins of a derelict house into something as functional as a full-fledged library? Well that’s exactly what architecture studio Atelier Xi has done in rural China’s Xiuwu County. Commissioned by the municipal government, the Shenzhen-based studio decided to get creative with the government buildings in the Henan province, building them in and around organic forms like the surrounding trees and constructing them using concrete cast into unusually curved shapes. 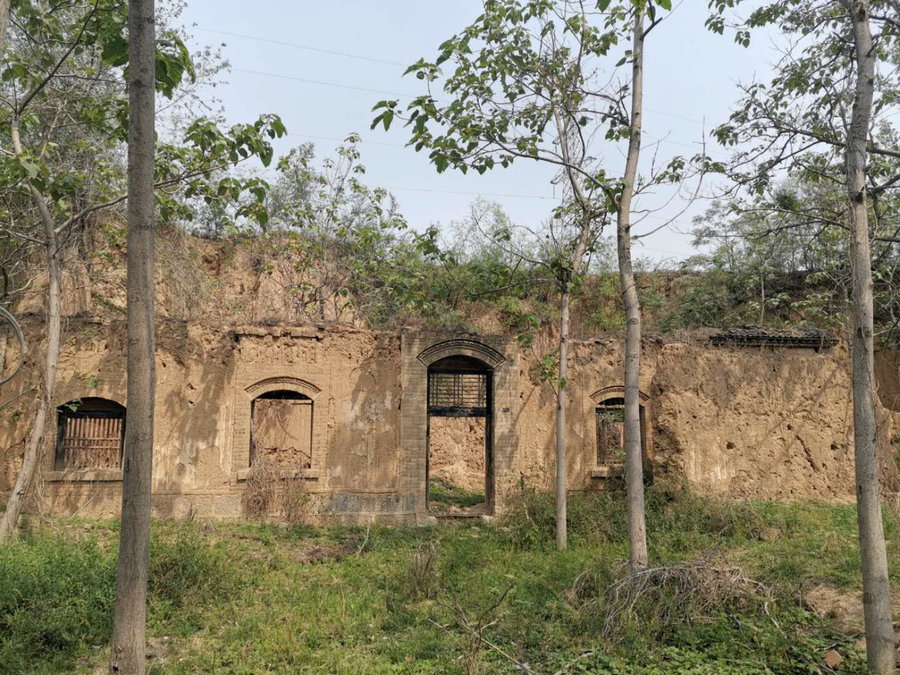 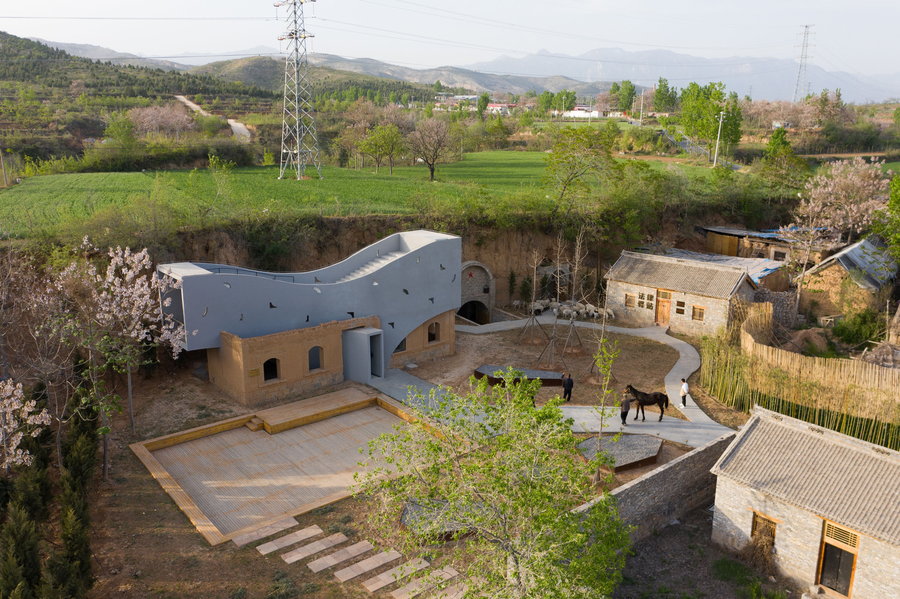 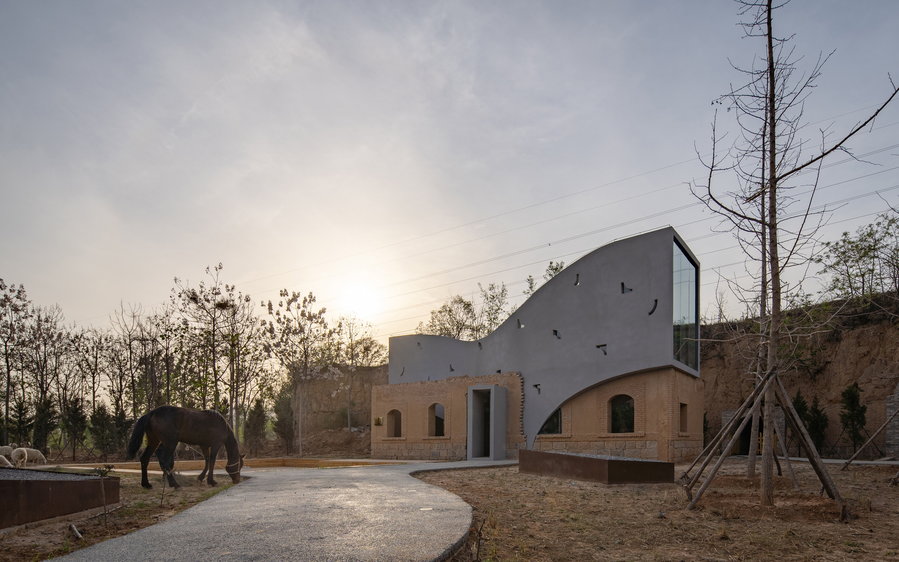 The library is perhaps the best example of this creative design strategy. Now known as “Library in Ruins,” the space, located in Sunyao Old Village, features a new concrete form that was shaped inside the pre-existing walls, effectively reproducing the construction of the other, older buildings in the area. It also perfectly echoes many of the most distinctive features of the other buildings in the designers’ “Miniature” series. 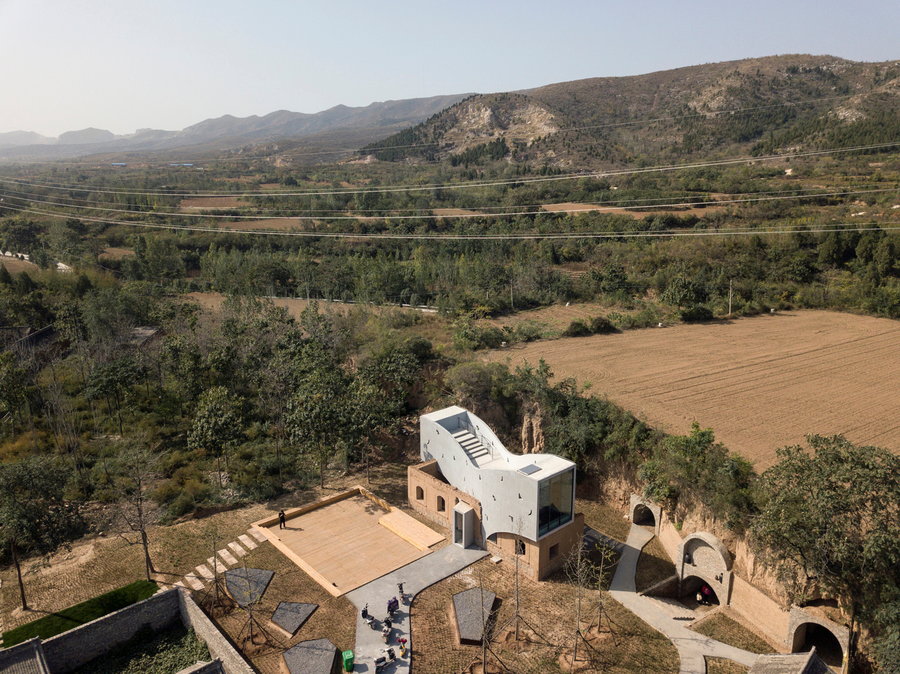 Originally, the firm was commissioned to design one large building to house all of the municipality’s cultural amenities (like a library, cultural center, etc). However, because Xiuwu County is spread out between various far-flung villages, it’s difficult for residents to travel to a single, isolated location. The solution? Create multiple buildings with separate functions and distribute them throughout various, easily accessible locations – so people in all villages can utilize and enjoy them. 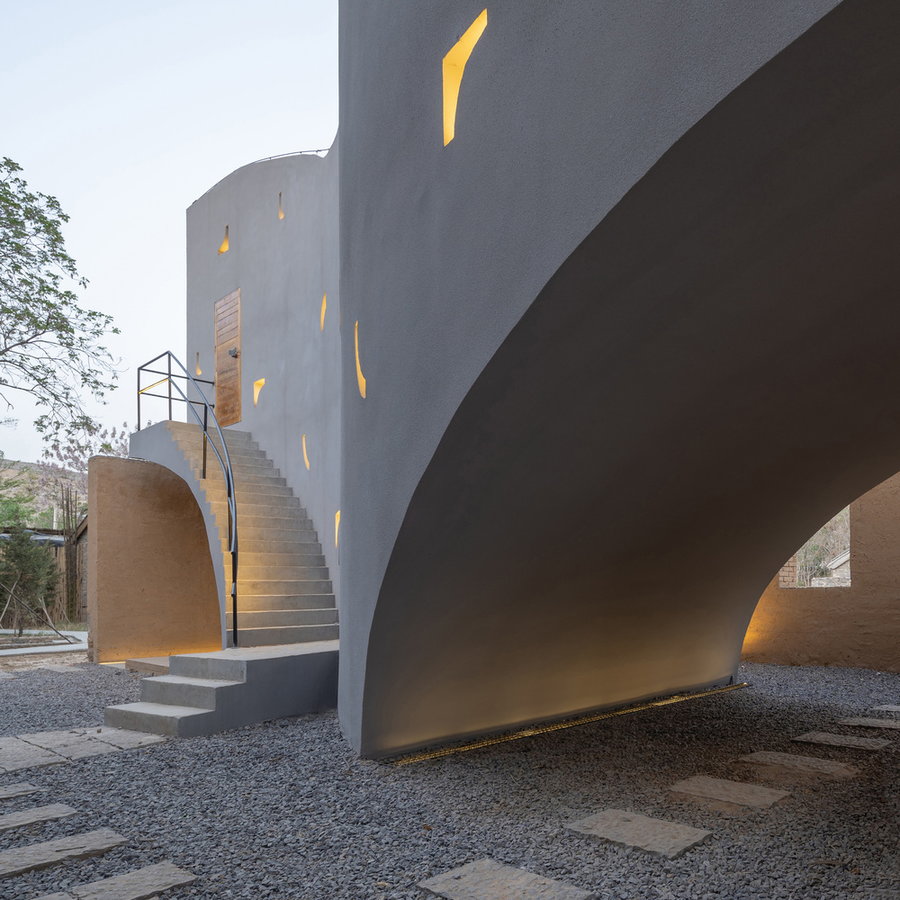 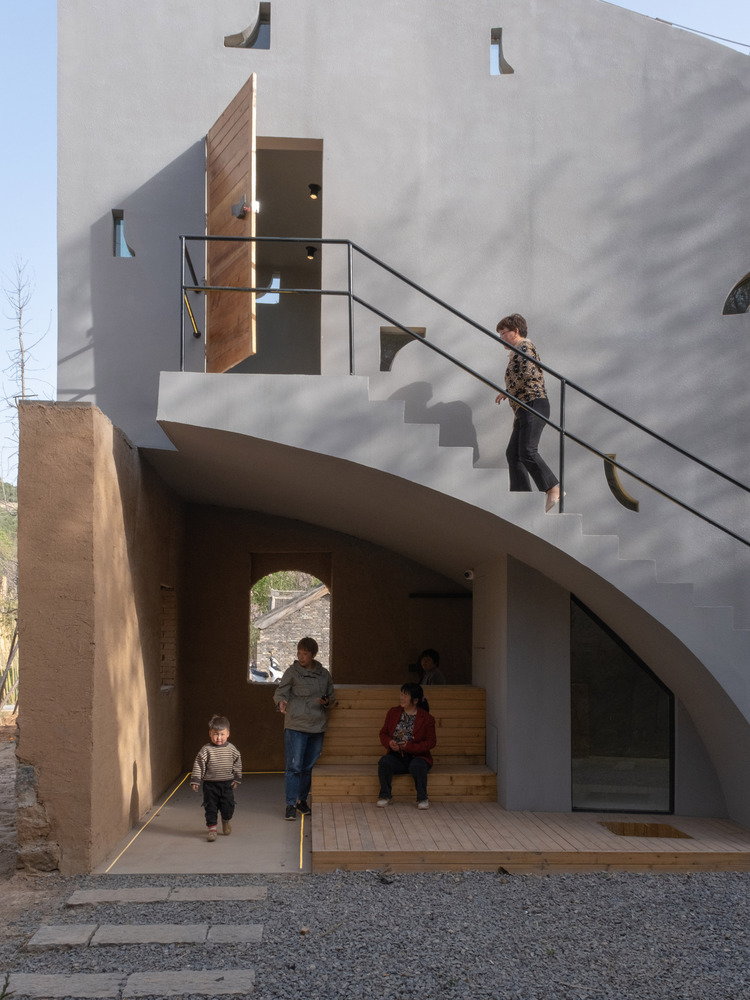 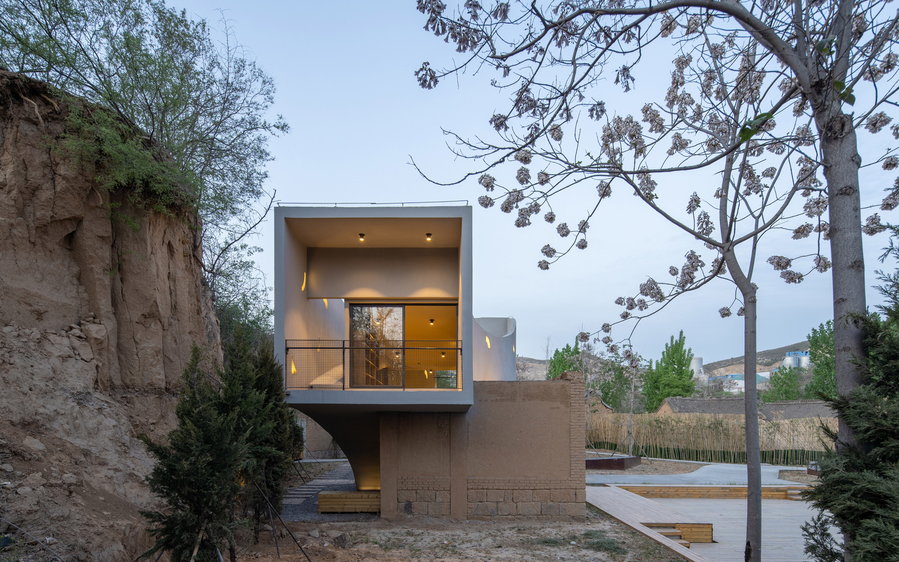 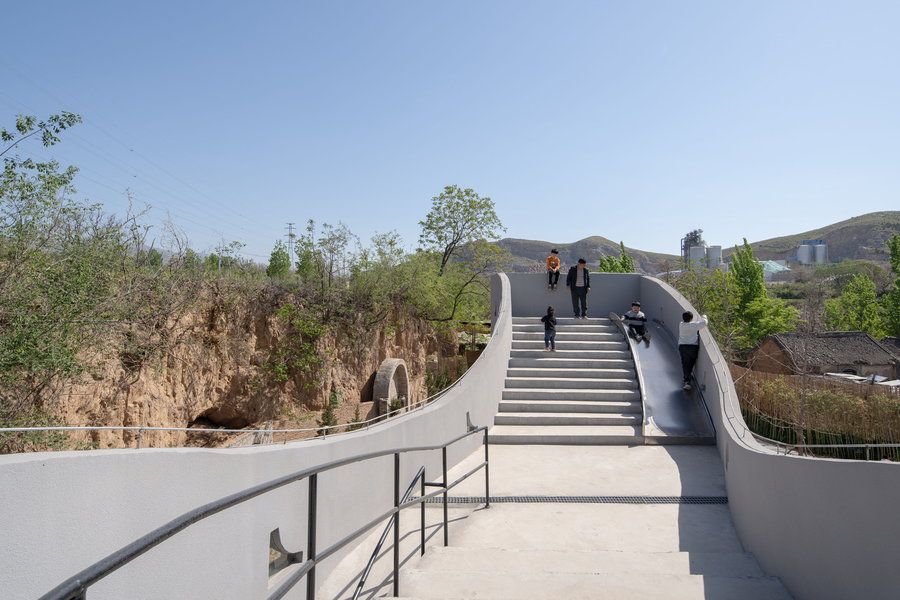 Thus the Miniature series was born. The library is just the newest of the bunch, but it’s certainly no less impressive than its forebears. Located in a previously abandoned village, it was constructed using the literal bare bones of a decaying house, cleverly incorporating the firm’s signature concrete forms into the existing structure to create something new and so much more than the sum of its parts. 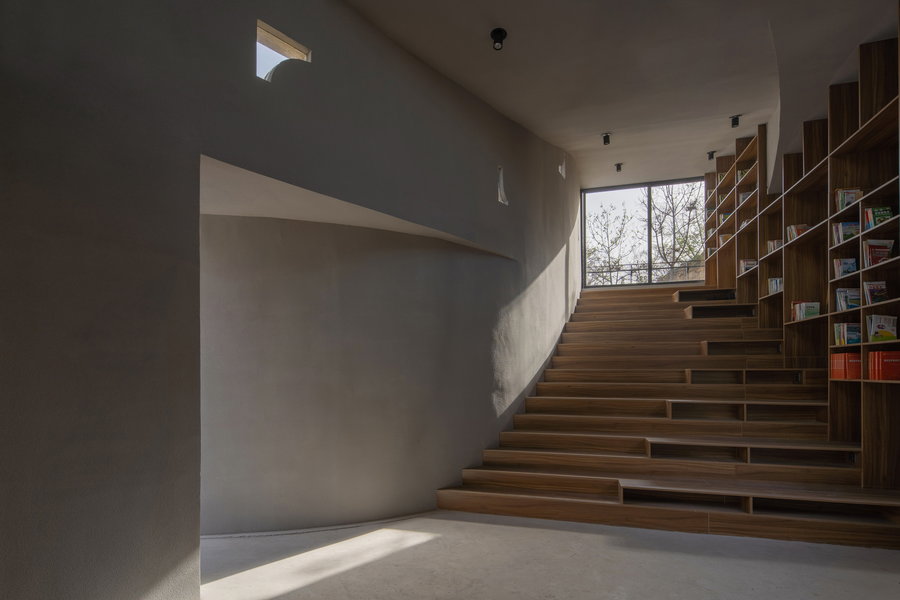 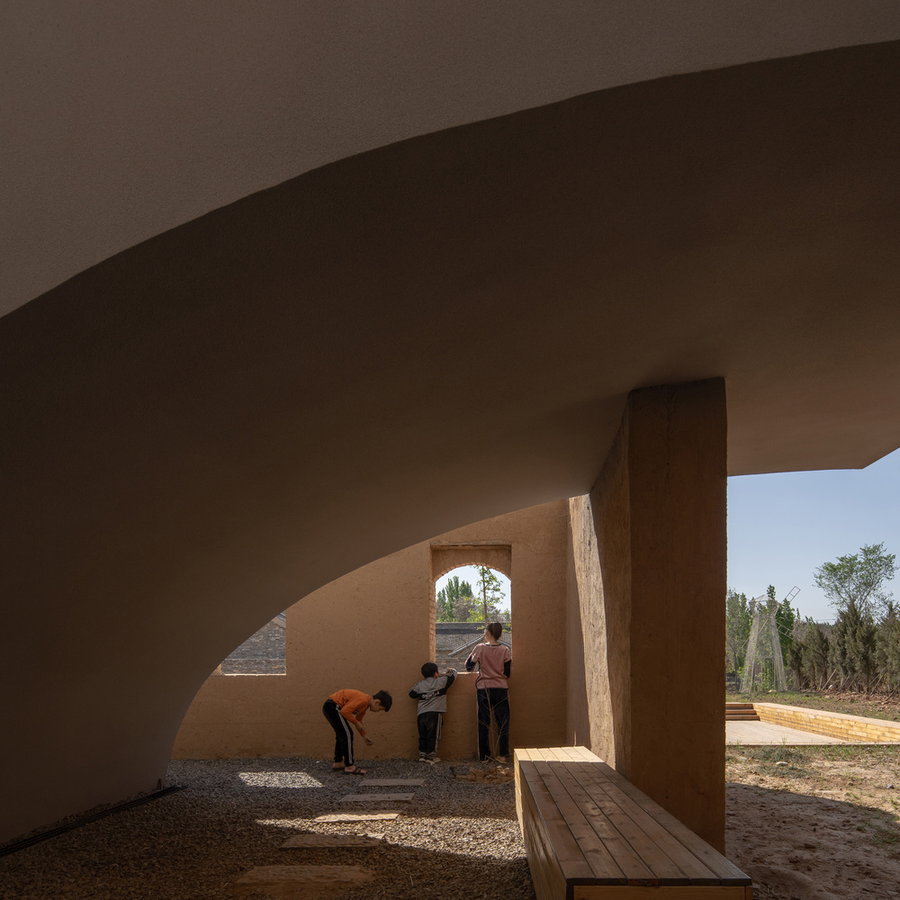 As Atelier Xi explains, they created the library with “a new method to allow a new structure to grow from the old ruins.” This design strategy resulted in a space that offers the perfect blend of classic and contemporary: a new space allowed to breathe its own life while echoing many of the old building’s original distinctive features.

The firm wanted to “[allow] the new building to become a spatial device where people enter the ruins, jump over the old houses, and gaze into the village, the fields, and the mountains in the distance.” And with this amazing new library, they’ve certainly succeeded. The outside of the library perfectly complements the surrounding landscape, fluidly echoing the surrounding trees and rocky, curved terrain that are visible from its interior. This is yet another distinctive feature of buildings in the firm’s Miniature series and can be seen in the Peach Hut community pavilion, a nearby building whose structure perfectly mimics the shapes of the surrounding peach trees. 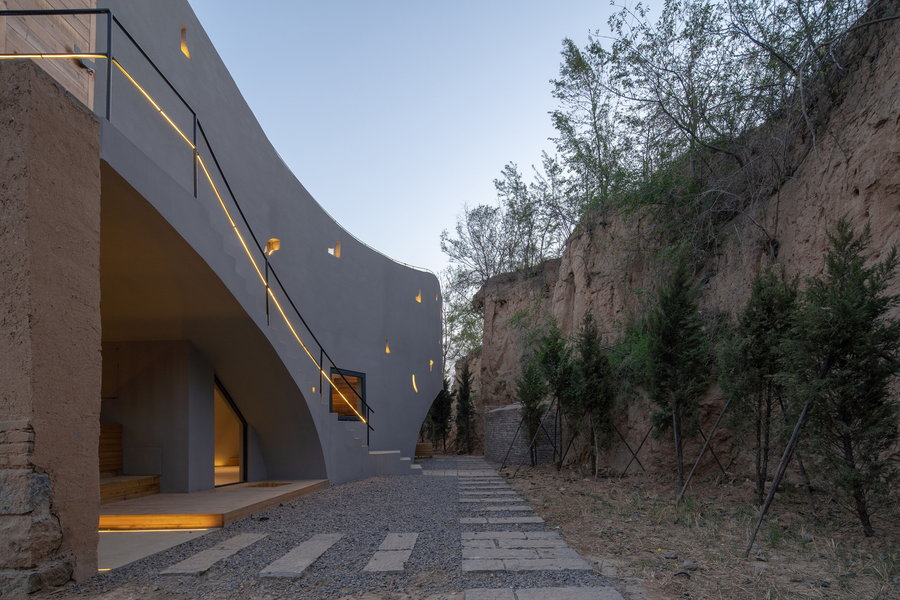 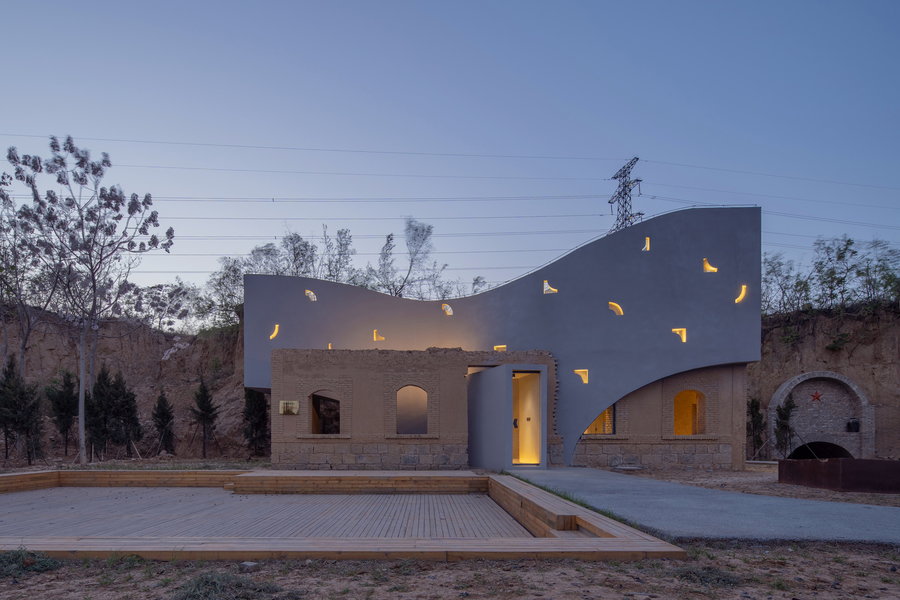 The interior also follows the same mirroring of the local landscape’s distinctive features. As Atelier Xi says, “The facade and internal spaces unfold in a topographic approach.” A new entrance created by transforming the old; an original wall that guides visitors to a new gravel garden with views of nearby cave dwellings; curving concrete surfaces within that create both drama and functional, usable space; and small cut-outs that reveal the surrounding landscape all combine to create the perfect new addition to the firm’s ongoing work.