It sounds like a dream: a Disney castle for virtually anyone who wants one, just as long as you can pony up the cash. The Burj al Babas development in Turkey’s northern Bolu province promised to be a picturesque village of chateau-style villas: each with its very own turret, and all of them offering luxurious digs and community amenities like swimming pools, Turkish baths, shopping centers, and spas. 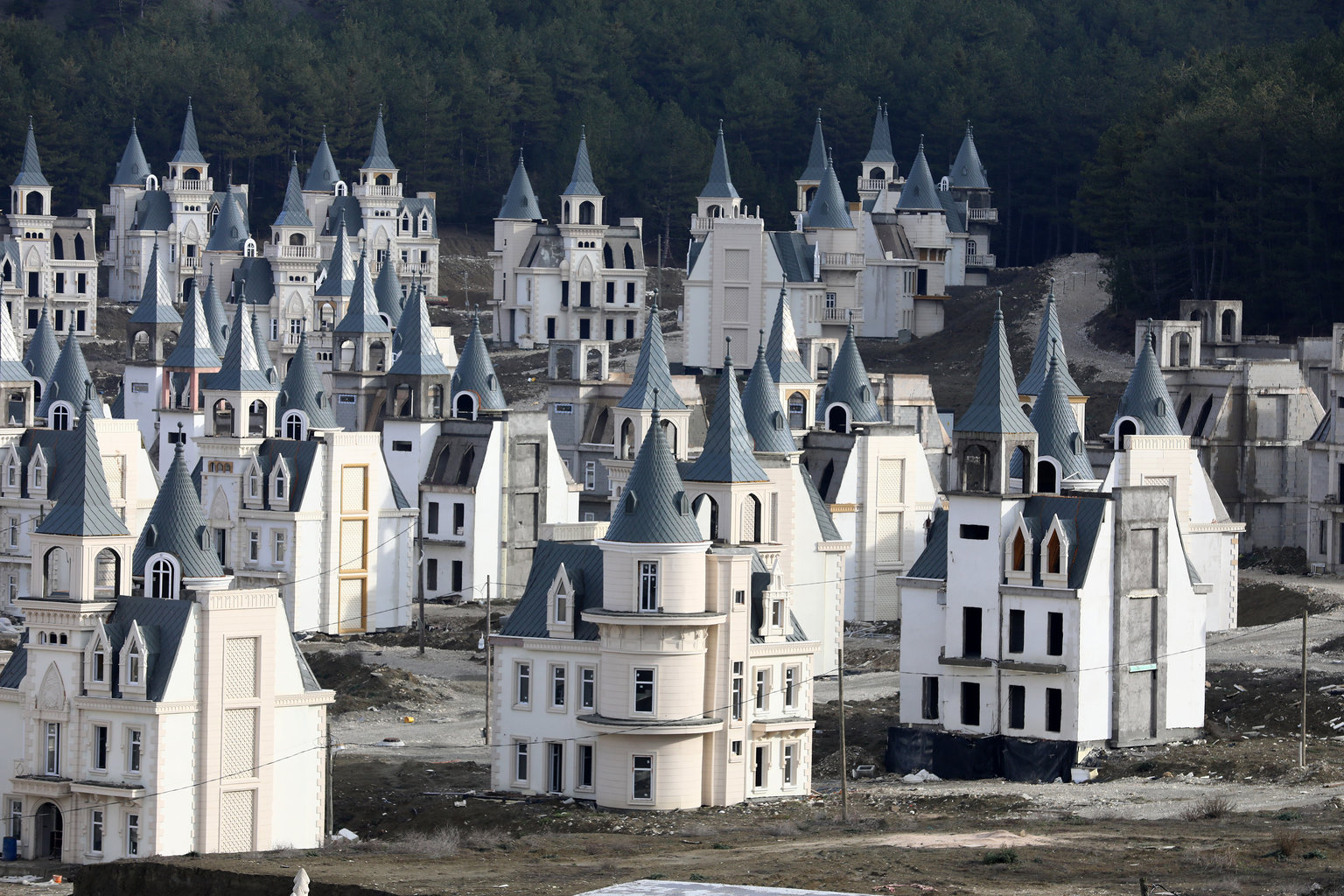 Eager buyers from places like Kuwait, the United Arab Emirates, Qatar, Bahrain, and Saudi Arabia snatched up 350 of the 587 villas while they were in early stages of construction. But not only are these hundreds of identical faux chateaus packed onto a relatively compact plot of land like spiky sardines, but they’re also all sitting empty and abandoned in the midst of Turkey’s economic downturn.

The effect is almost that of a mirage, especially from a distance. A ribbon of the villas twists through the valley nearly as far as the eye can see. Set alone within a grassy yard, each individual villa might look like the mansion it is, albeit one with a Disney-like feel modeled after historic European architecture. Instead, they’re crammed so close together that some of them have views of nothing but each other. Architectural aesthetics aside, they’re already starting to feel a little bleak on their muddy building site, which itself is surrounded by debris. 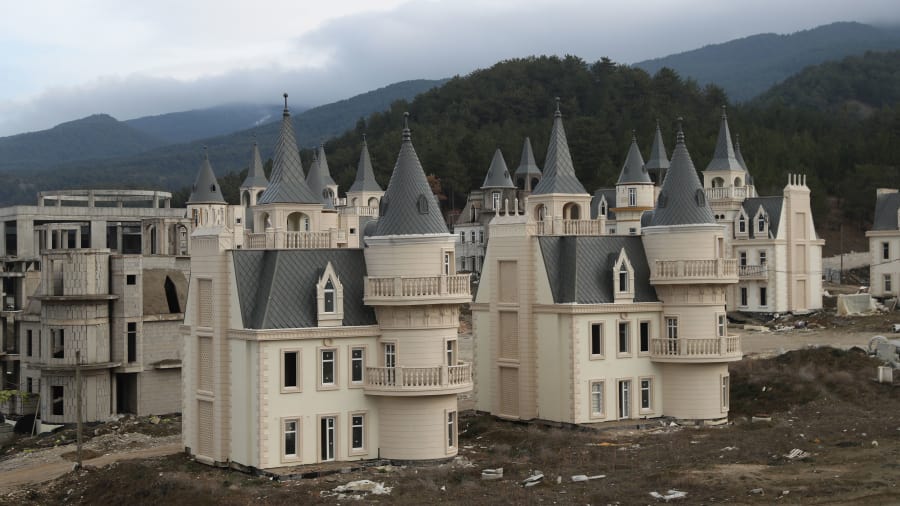 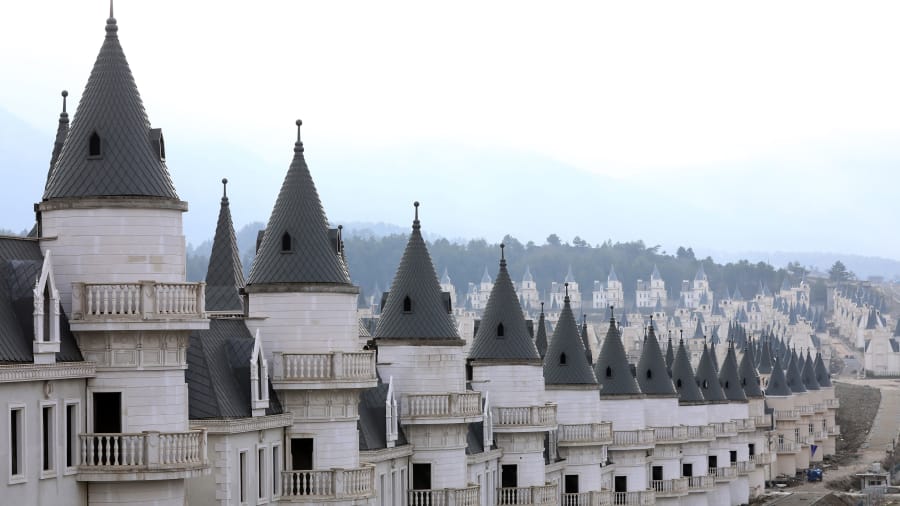 The $200 million development broke ground in 2014, but in the midst of construction, Turkey’s economy contracted. The developer, Sarot Group, ran out of money to complete the project when buyers failed to follow through on their $400,000 – $500,000 purchases. Sales were canceled and investors pulled out. Sarot sought bankruptcy protection for its $27 million debt, but the court ordered the group to stop all construction immediately. Nonetheless, Sarot Group Chairman Mehmet Emin Yerdelen says just 100 of the villas need to be sold to pay off the company’s debt, remaining optimistic that the crisis could be over within five months for a full inauguration of the project by the end of 2019. 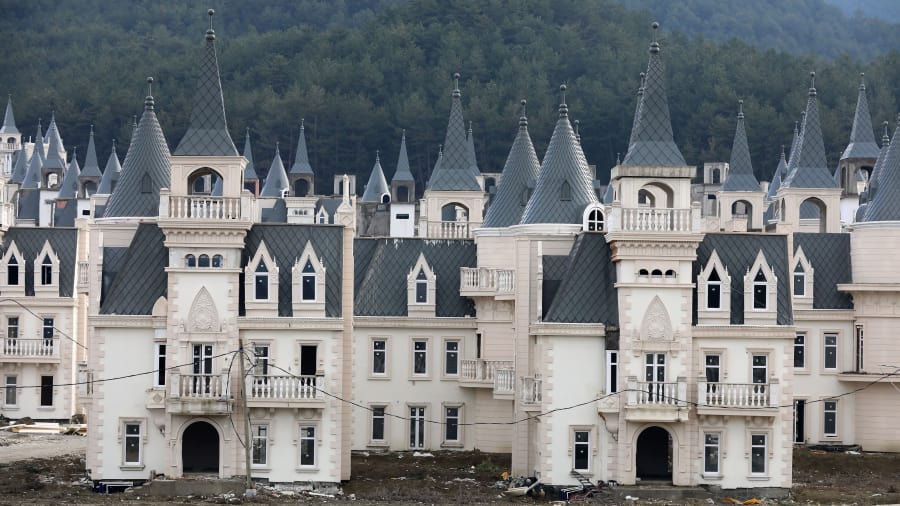 In the meantime, the stalled project remains an eerie spectacle, particularly with the roads unfinished and many of the houses missing their doors and windows. For all of their elaborate decorative flourishes, the villas lose most of their potential for an interesting final result thanks to the builder’s strange stipulation that they all remain identical — which means zero modifications are allowed to the exteriors once the owners move in.

“The fees of the parcels paid by those who do not comply with the architectural drawings and specified periods shall be refunded to them and received back by the investor firm,” notes the Burj al Babas website, though buyers putting their own creative spin on the houses seem like the least of the developers’ problems right now. 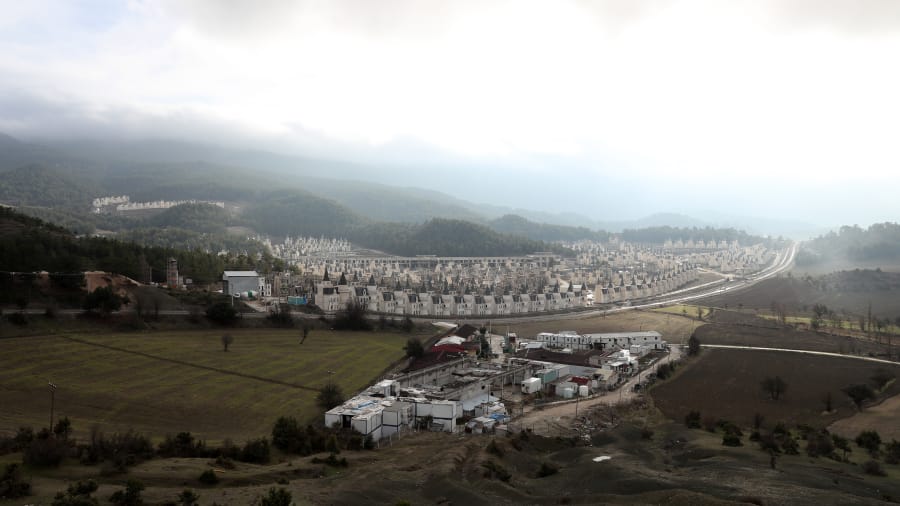 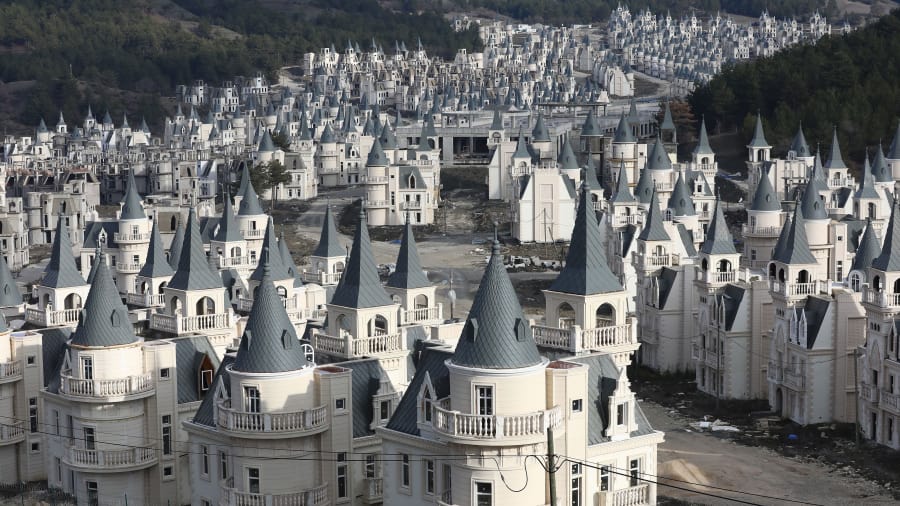 Even if the Burj al Babas development does recover by the end of the year, there’s still the question of just how much luxury can really be enjoyed when you’re right on top of your mirror-image neighbor. Do you want to feel like royalty badly enough to live in this abandoned village of shrunken Disney castles?