Vivid, complex, and full of pleasing geometries, Iturbide Studio by Taller de Arquitectura Maurico Rocha and Gabriela Carrillo is a beautiful example of Mexican architecture that’s simultaneously rooted in tradition and the modern era. At first glance, its towering form and perforated brick facades look almost futuristic, especially when taken in alongside its much humbler neighbors. Still, this structure — a custom workspace for a renowned Mexican photographer — is anything but pretentious. 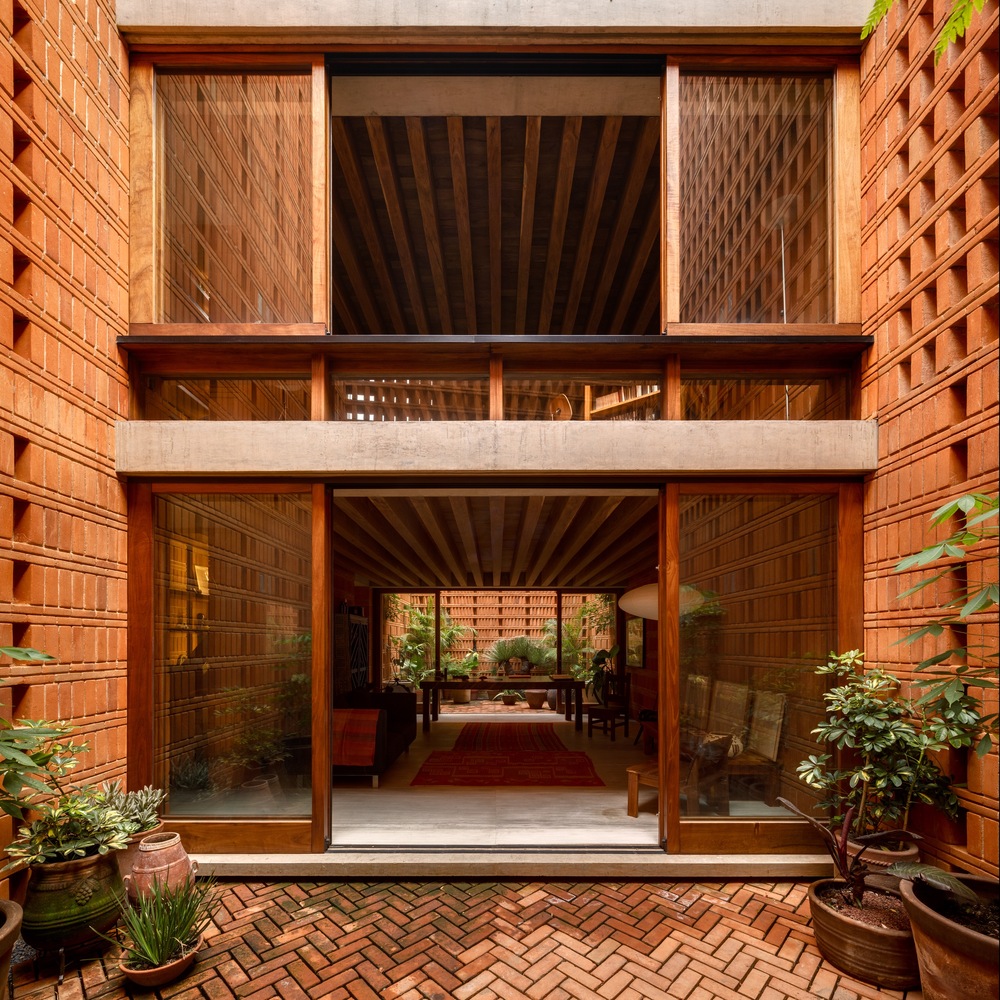 If this warm three-story building rendered in tones of mud and clay presents an aura of awe and reverence, there’s good reason for it. Architect Mauricio Rocha is the son of client Graciela Iturbide and architect Manuel Rocha Díaz, and he created this stunning studio in tribute to his mother. Its rich tones and surfaces act as a loving backdrop for Iturbide’s photography, contrasting beautifully with all of the lush greenery planted and potted within its walls.

While the studio is certainly a wonder, the bricks themselves are undeniably the stars of the show. Though the building reaches higher than others on the block, it remains grounded thanks to its connection to the earth through these materials. The way they’re arranged, they become artistic tools facilitating a private sanctuary infused with character, daylight, and cooling breezes. 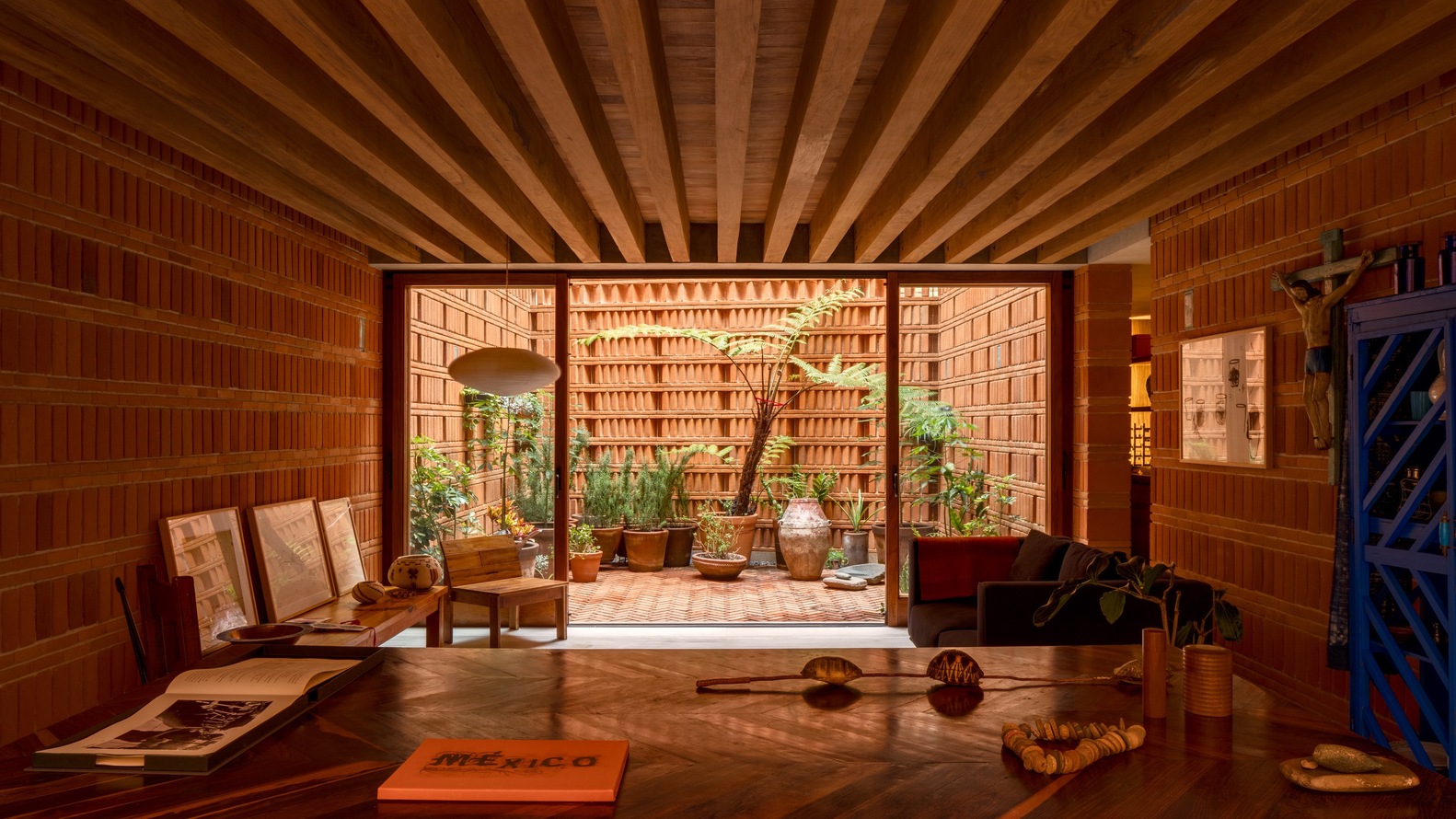 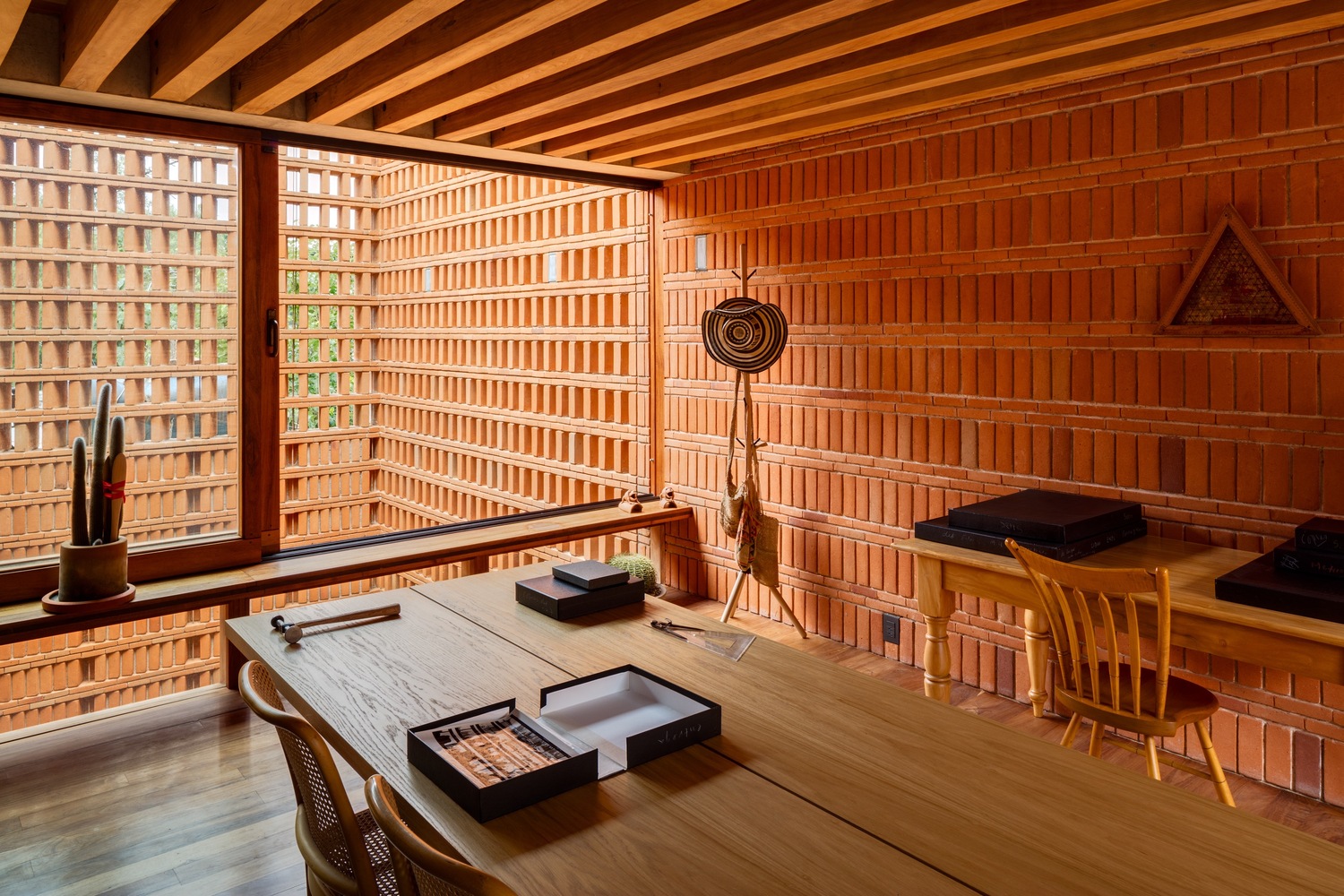 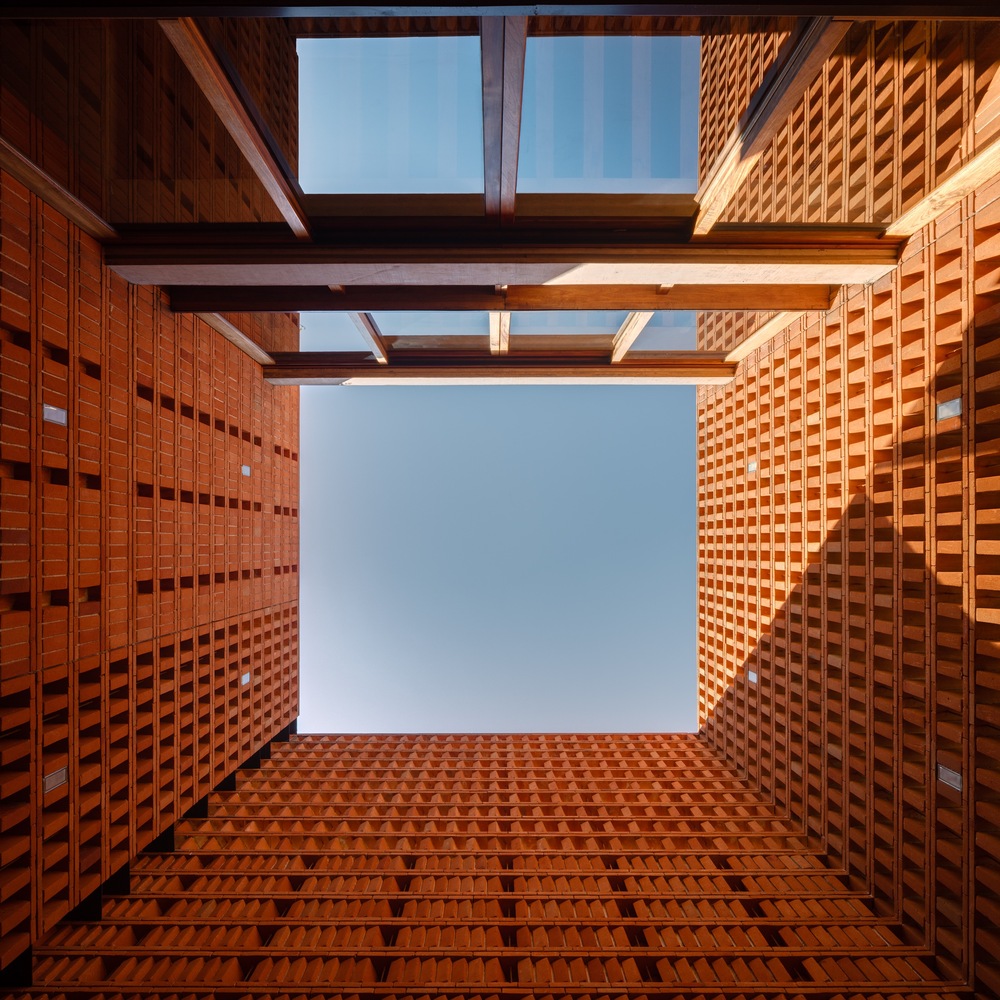 A contemporary expression of vernacular Mexican architecture, this kind of open brickwork has become a creative way to add both personality and breathability to building projects. The bricks might be latticed, as seen here, or arranged in sculptural, almost mural-like patterns, with segments twisting and turning to create shapes within what would otherwise be blank facades.

Architects Rocha and Carrillo explain that their primary objective, other than fulfilling Iturbide’s desires for a light-filled indoor-outdoor space protected from the sun, was the pursuit of emptiness. As they put it, their projects set out to “translate the traditions and materials of the places in which [they] operate in a contemporary way, not through fashionable forms or fireworks, but with silence, space, and the experience of emptiness.” 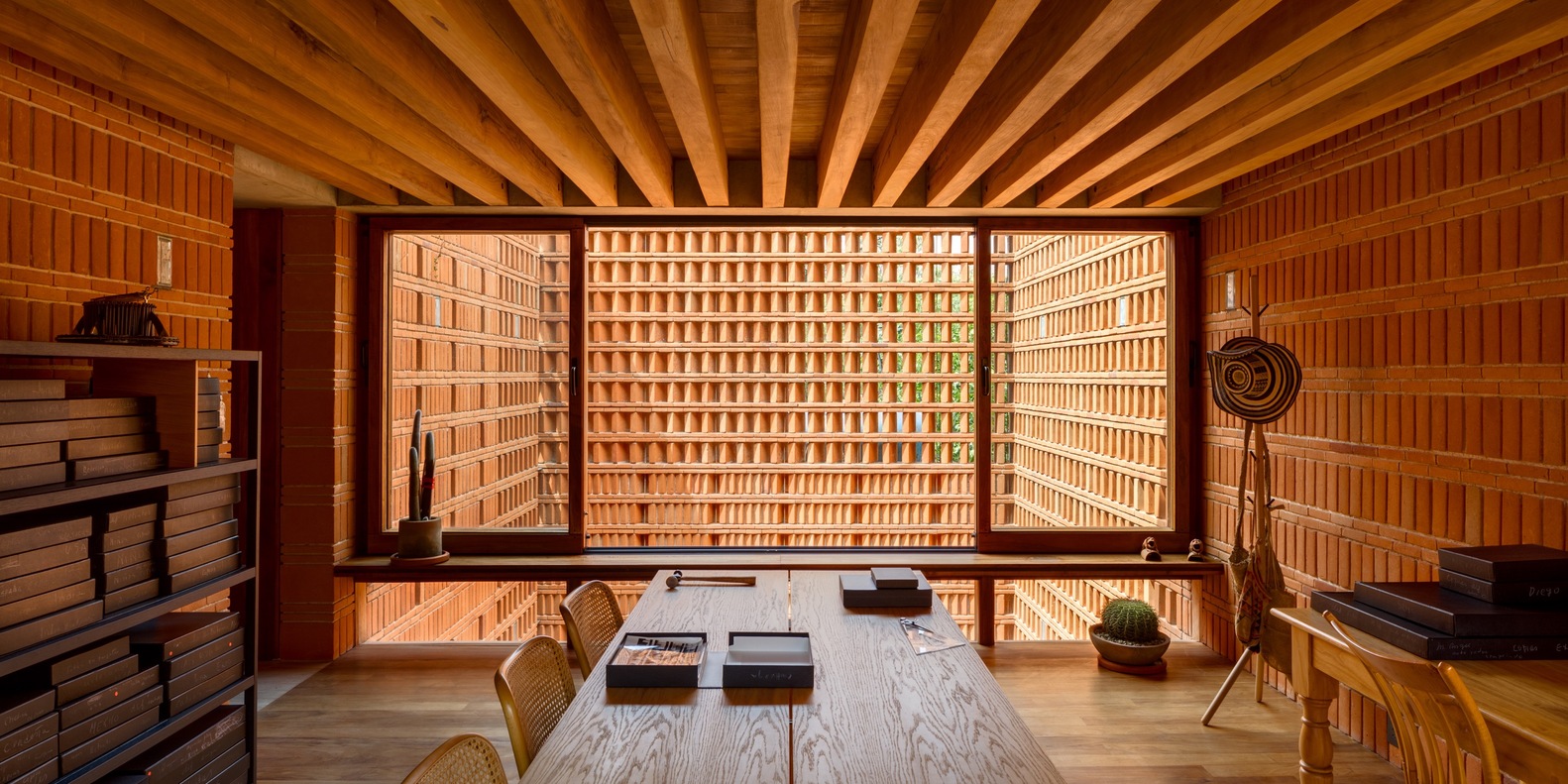 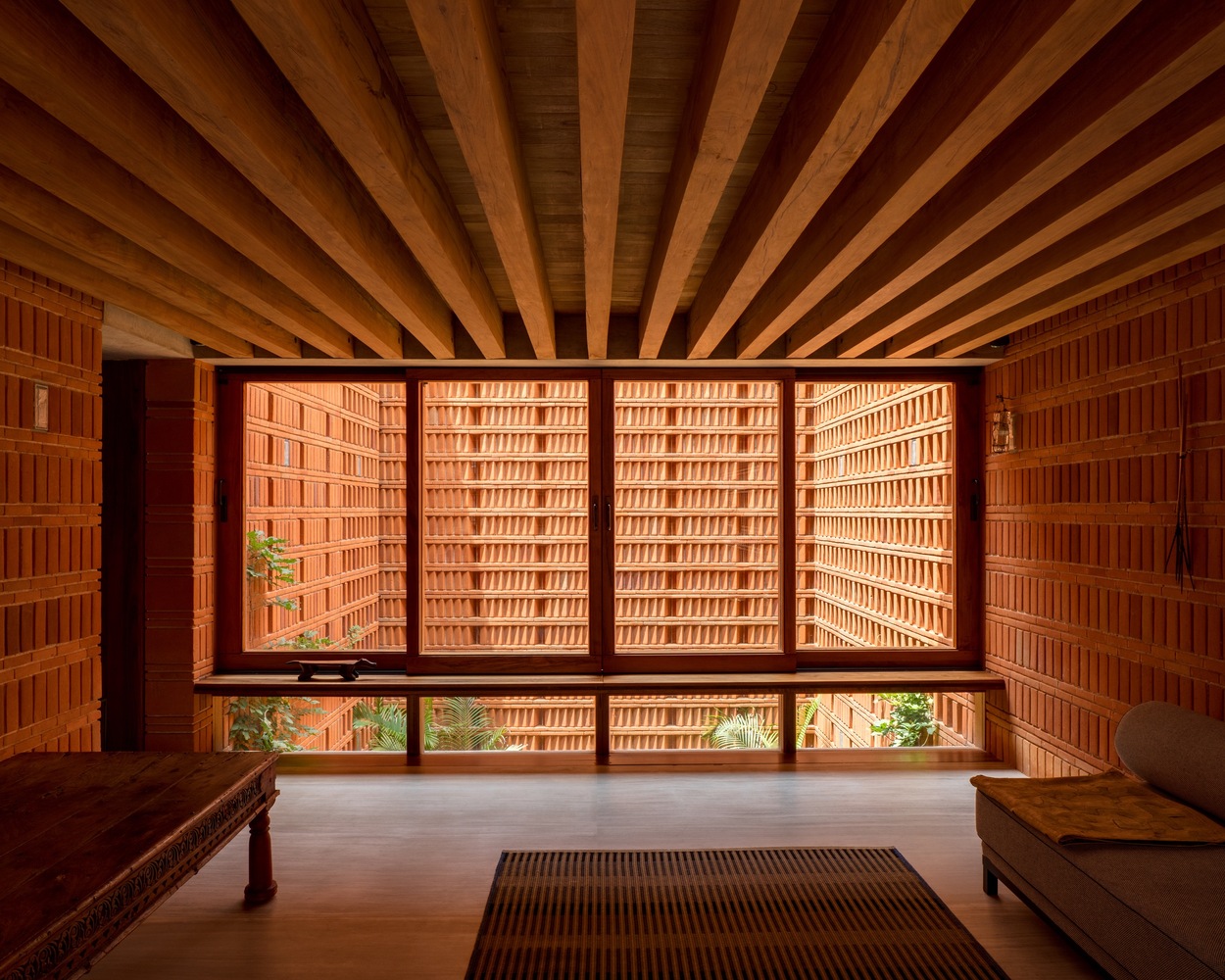 “In our case, the void is a perfect space for various things. It is a space offered to users in a free way, but also the ideal place to test the potential of natural light in relation to architecture. Across the hours of the day, the shadows and nuances change; in emptiness, all of this becomes more vivid.”

The studio is located just a few steps from the artist’s house and contains three interior planes of wood, concrete, and marble, all possessing a similar gravitas as that of the brick. The architects see it simultaneously as a “sieve” thanks to its porosity and a “solid piece of clay that deconstructs before its own materiality.” 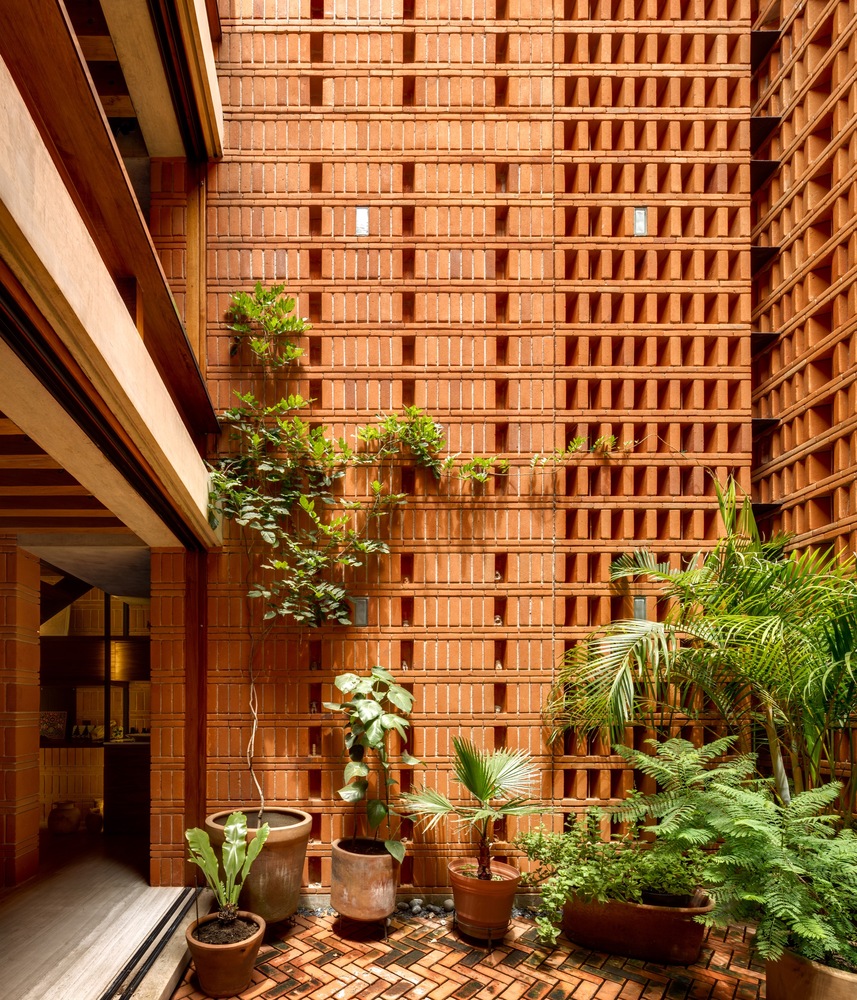 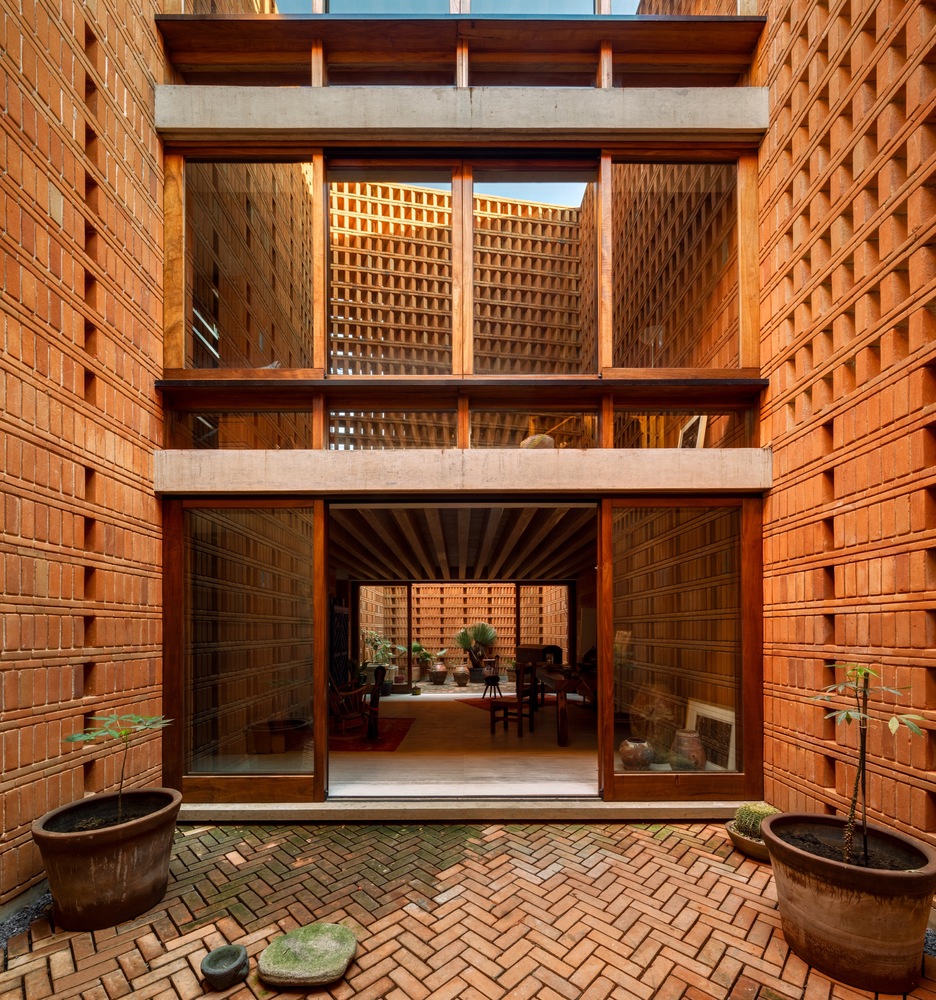 “A work that above all sought silence, synthesis, continuous, repetitive, and almost obsessive use of a single material. A strategic use of the ‘form’ and proportions to make the concrete disappear from the structure and become almost self-supporting. A work that seeks to be mass and emptiness, an ethereal volume that disappears with light and shadow; that it ceases to be, so that the powerful atmosphere that transpires this woman that we so admire inhabits it and makes it hers.”