Architects Mauricio Pezo and Sofia von Ellrichshausen have recently completed a tall rectangular home made of raw concrete in Chile’s Coliumo Peninsula. The rigid structure was strategically embedded into a rocky cliff and faces a sea lion reserve on the Pacific Ocean. 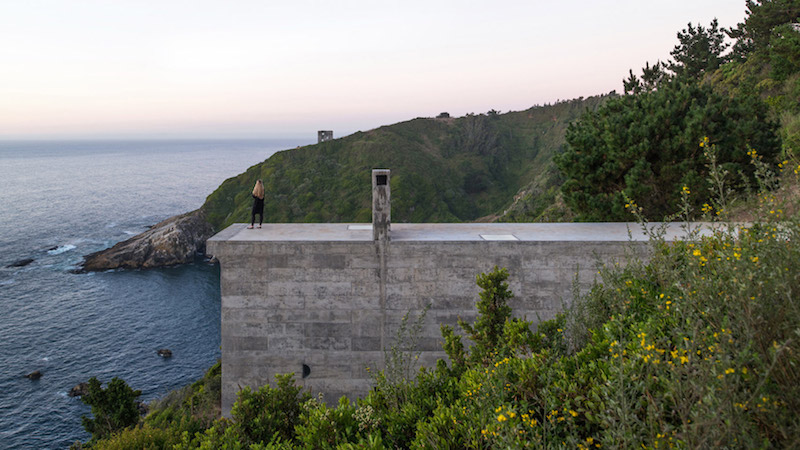 When developing “Loba House,” the design team worked with perceptions of proportion before ultimately wedging the structure into the terrain. The industrial exterior is adorned with opaque finishes to complete the home’s equivocal, almost surreal aesthetic. 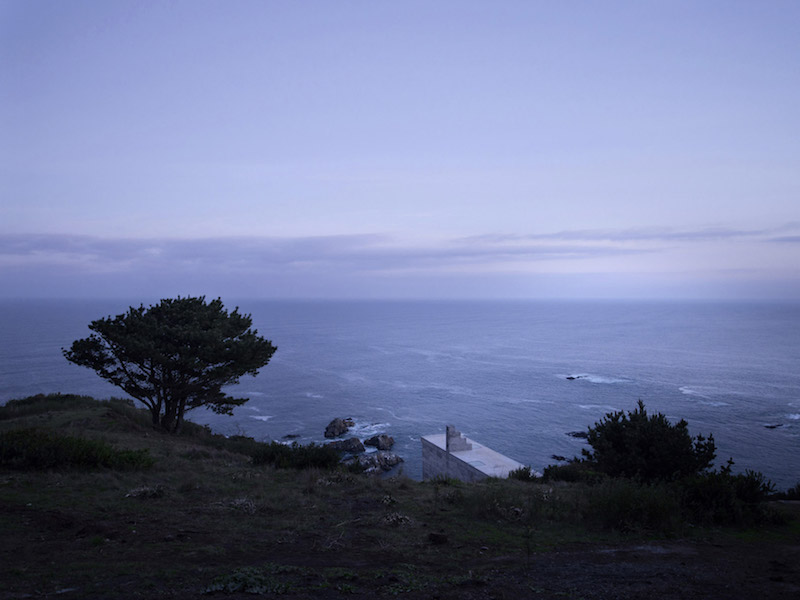 Loba House appears as a wall emerging from the majestic coastal landscape. “In its under-dimensioned thickness, in its narrow and tall proportion, the building could be read as an inhabited wall that runs perpendicular to the natural topography. The height of this inhabited wall is determined by two lines: a continuous horizon, and a stepped sequence of six platforms that descend towards the sea,” explains Pezo.

The architects consider their work to be “more than a hut but less than a house,” since it’s footprint isn’t exactly large or comfortable enough for full-time living. Because it only offers 70 square meters of living space, the building acts more like a cottage to its inhabitants. 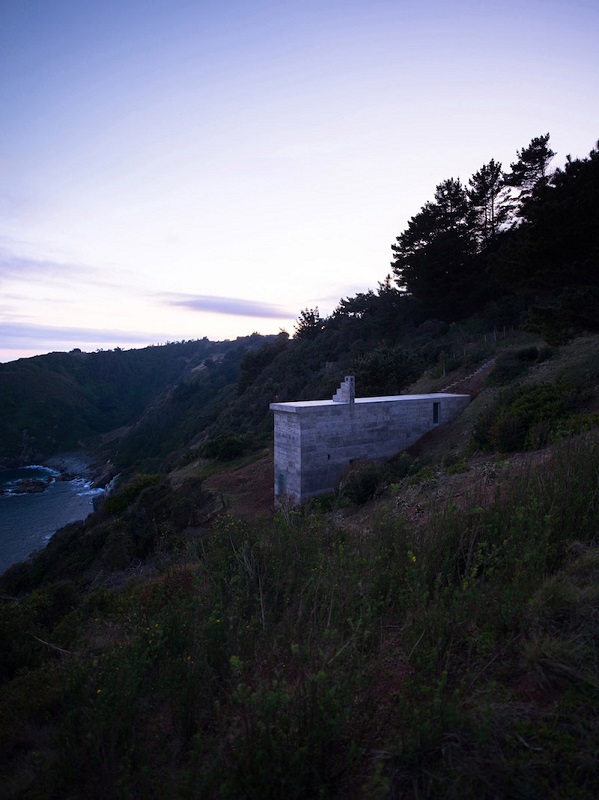 Those who favor breathtaking views won’t be disappointed by what Loba House has to offer. The horizontal rooftop terrace invites you to look out over Chile’s western coast as it stretches out towards the sea. A minimalist concrete chimney with a stepped profile is also present here, adding a sense of character to the home. Loba House also has a good view of the Poli House Cultural Center, which the same architects built back in 2005. 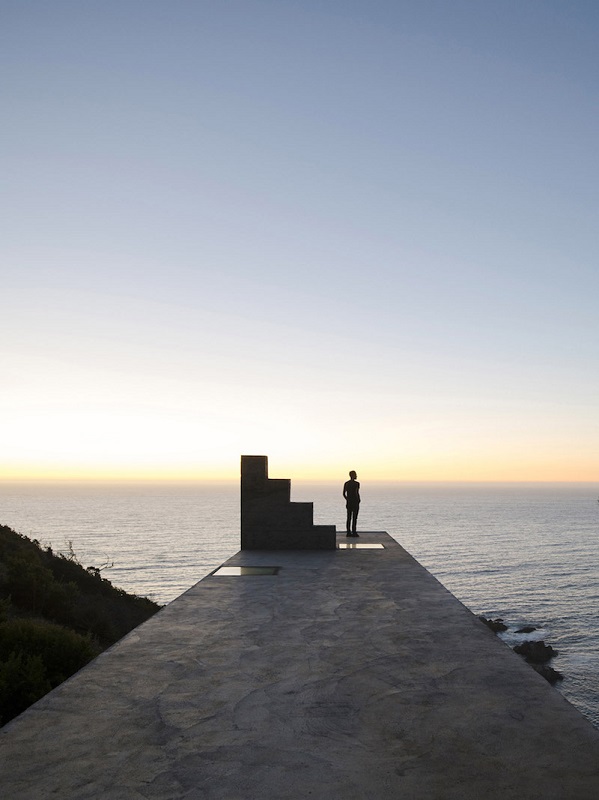 Upon stepping inside the home, guests are greeted by a bare space separated by three large concrete columns and two bridges. Sleeping is meant to take place on the upper levels, which can be found beneath the lowest section of the roof, while the spaces on the lower levels house the main living areas.

Amenities have been worked into the large concrete columns, which themselves accommodate the kitchen, bathroom, and a spot for the fireplace. Any additional storage is meant to be placed under the home’s interior platforms to achieve an uncluttered aesthetic. 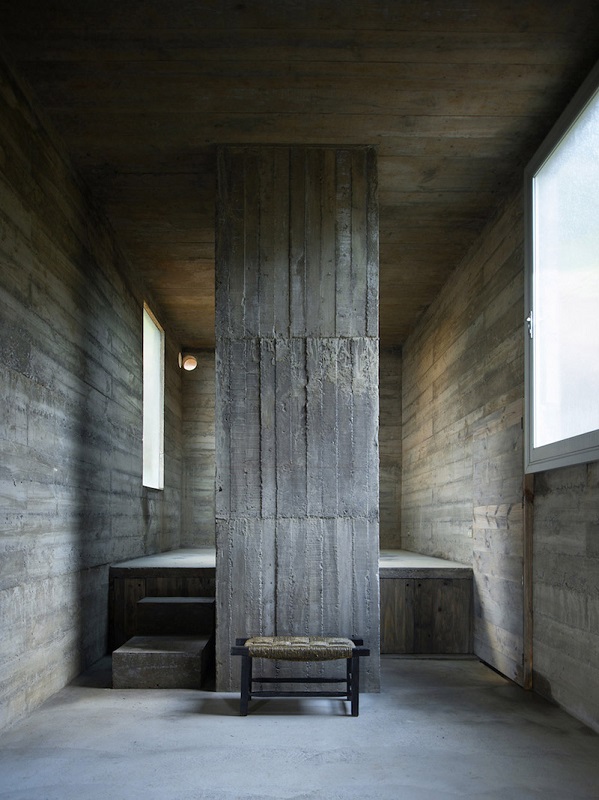 In such a cold space, lighting becomes extremely important. Strategically-placed skylights allow natural light to warm up the house’s harsh material palette. Elsewhere, a few holes in the walls guide the sunlight onto the furnishings. 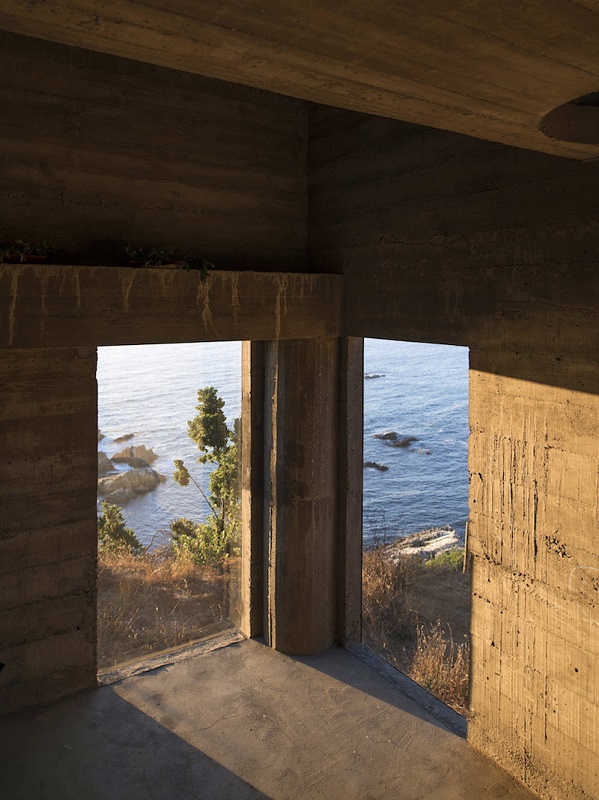 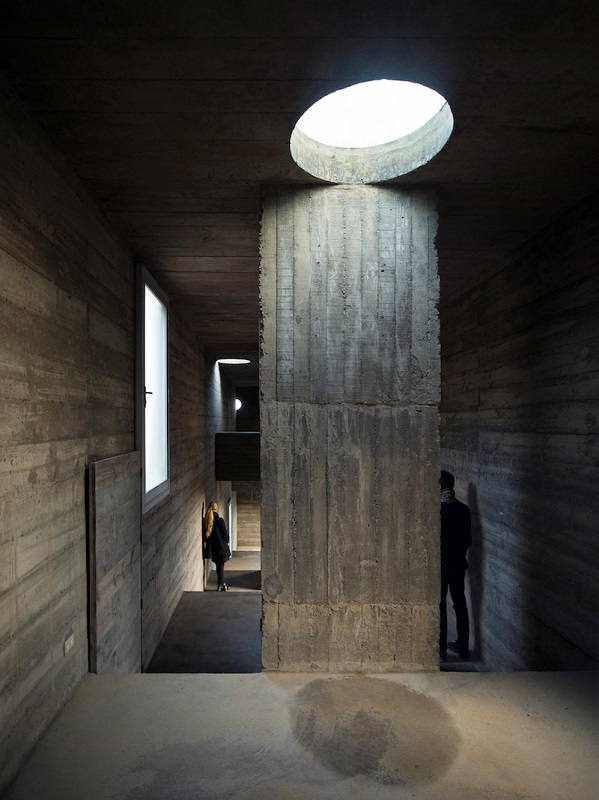 Another sunlight entryway comes in the form of a corner window articulated around a round pillar, which also offers panoramic views to anyone resting in the living area.

Pezo Von Ellrichshausen specializes in working with geometric forms. Their work been published in three different magazines and won them a total of four different grand prizes. Museums in Venice, London, and New York all exhibit their work. Make sure to check out their website to browse through their 50 unique projects.