The coronavirus pandemic is a world event anyone old enough to remember will share for generations. Although it’s affecting every corner of the planet, governments, societies, and communities are each dealing with it in their own way. And whether that means complete lockdown or just recommended physical distancing, one thing we all have in common is the understanding that life during COVID is different than it ever has been. 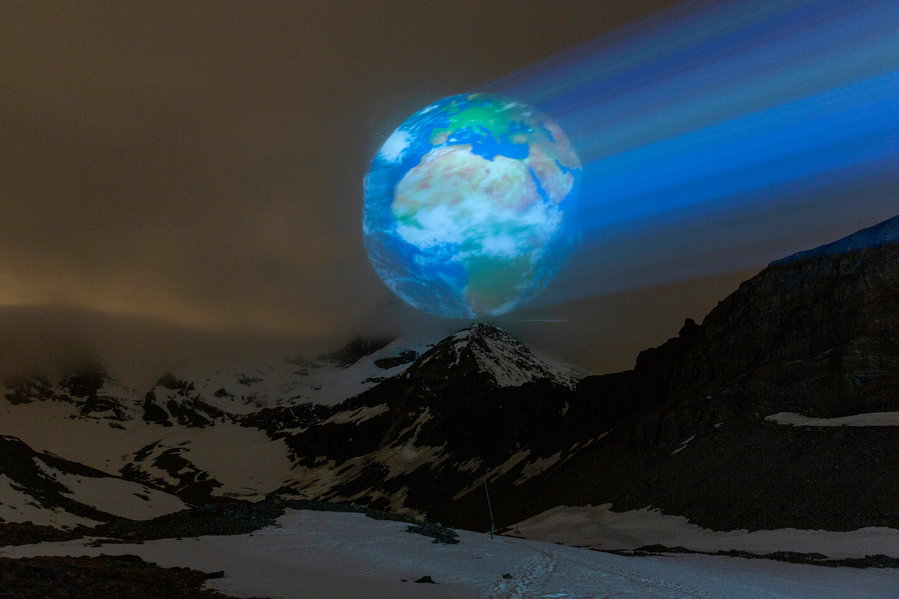 Zermatt Matterhorn, a travel information website centered around tourism within Switzerland’s most iconic mountain village, has spent their time in quarantine finding ways to inspire hope.

Beginning March 24th and continuing through April 26th, 2020, the organization blasted messages to the top of the highest peak, the famous 14,692-Matterhorn Mountain in the Swiss Alps. These projections occurred every evening over the five-week period, with over 80 symbols and words lighting up the alpine peak. The campaign’s goal was to unite the people of the planet in an understanding that we’re all in this together, and to provide hope that with unity we will stand strong in the end. 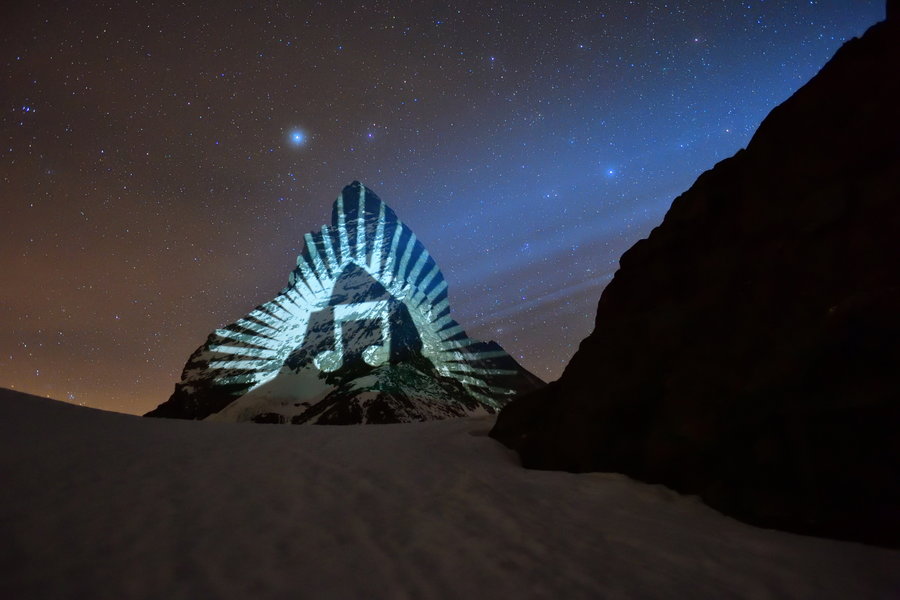 Symbols included a heart, praying hands, musical symbols, a candle, and the Earth itself. Word art also appeared, such as “#Hope,” “#AllofUs,” “Dream now, travel later,” and the final thank you message “#Grazie.” The flags of many countries were also illuminated in a sign of solidarity. From nearby locations in Europe like Germany, Sweden, and the Netherlands to far-off lands in South Africa, across the Middle East, and Asia, the flags appeared on the top of the mountain as a message that Switzerland supports the global community in their battles against the virus. 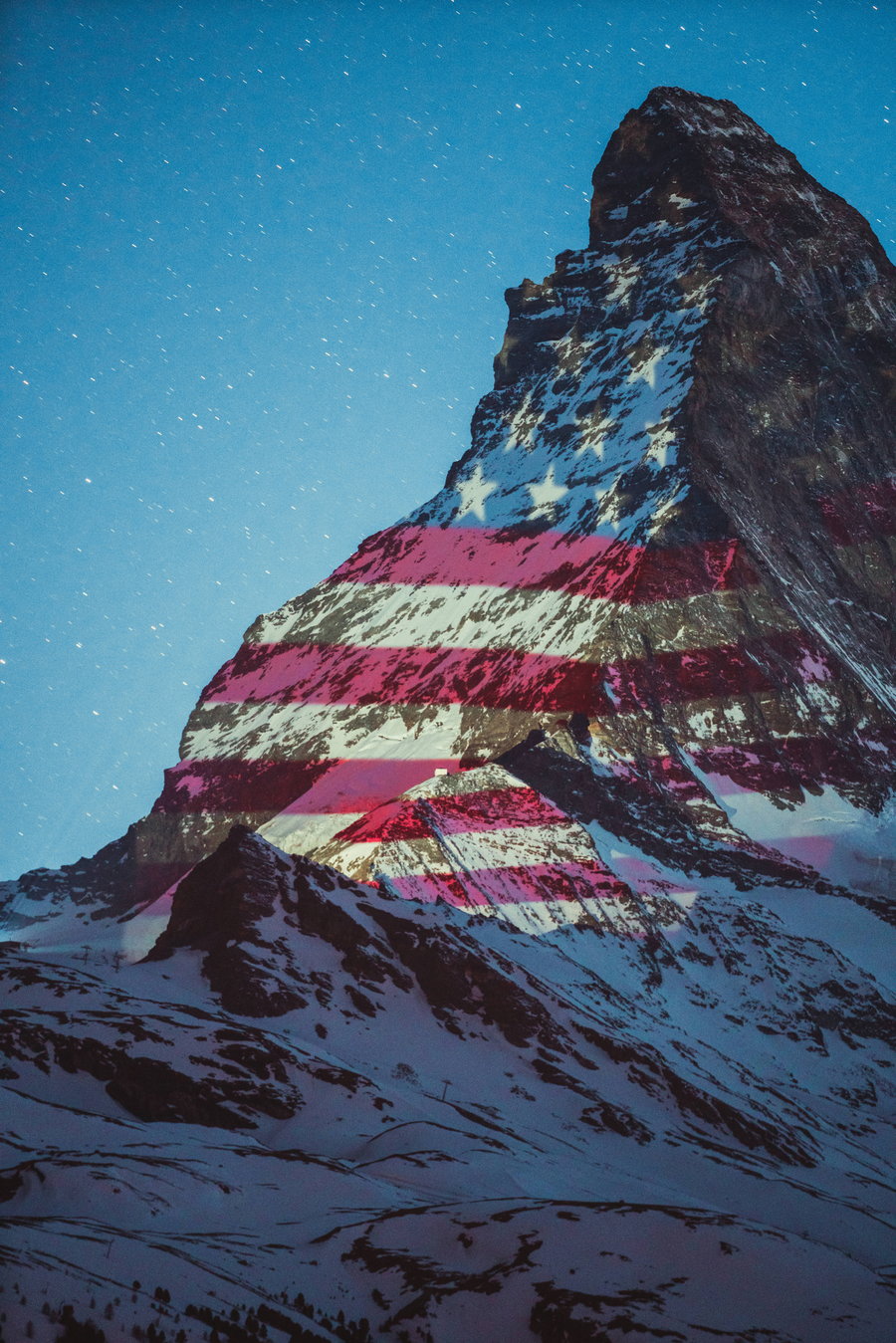 On April 16th, when the United States flag appeared on the peak, Zermatt Matterhorn posted the following message on its Facebook page:

“Our thoughts are with all American people at this unprecedented time. We look forward to meeting again at the foot of the Matterhorn, we are all in this together.”

The next day, Jacque Pitteloud, the Swiss ambassador to the U.S., posted a picture of the projection on Twitter and wrote: “Magnificent! Last night, #Switzerland sent a message of #hope and solidarity to the U.S. by projecting the American flag onto the peak of the iconic #Swiss mountain, the Matterhorn.” 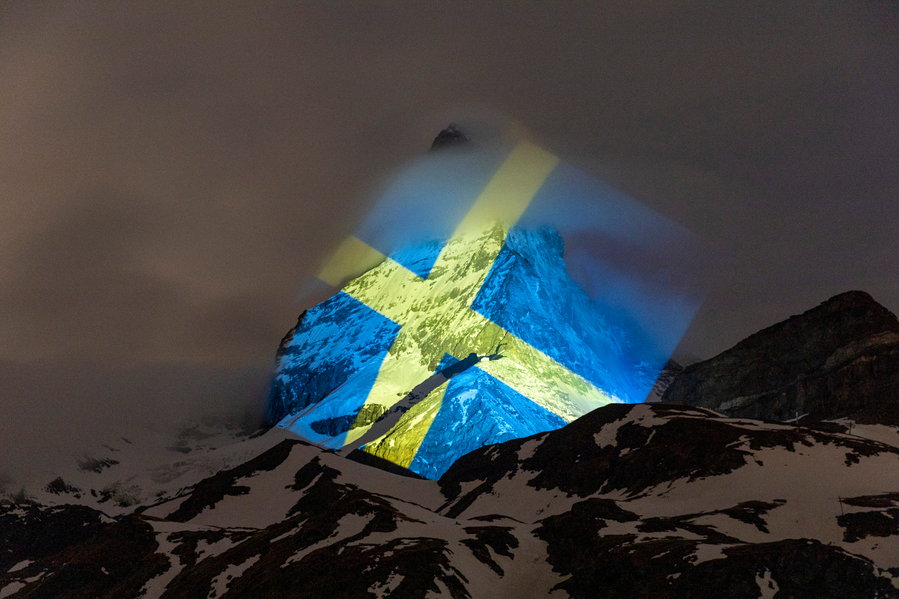 To implement the lighting, Zermatt Matterhorn reached out to acclaimed light artist Gerry Hofstetter, whose work has transformed buildings, monuments, landscapes, and mountains into temporary art objects since 1999. 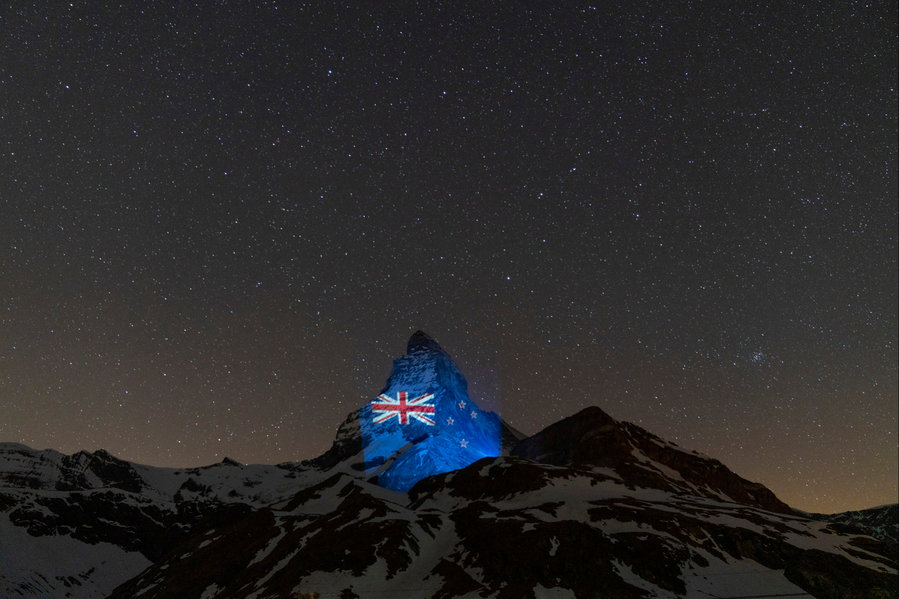 According to the Zermatt Matterhorn website, the messages were overwhelmingly well-received, with social media postings from leaders around the world reaching up to 700 million people and netting millions of likes. 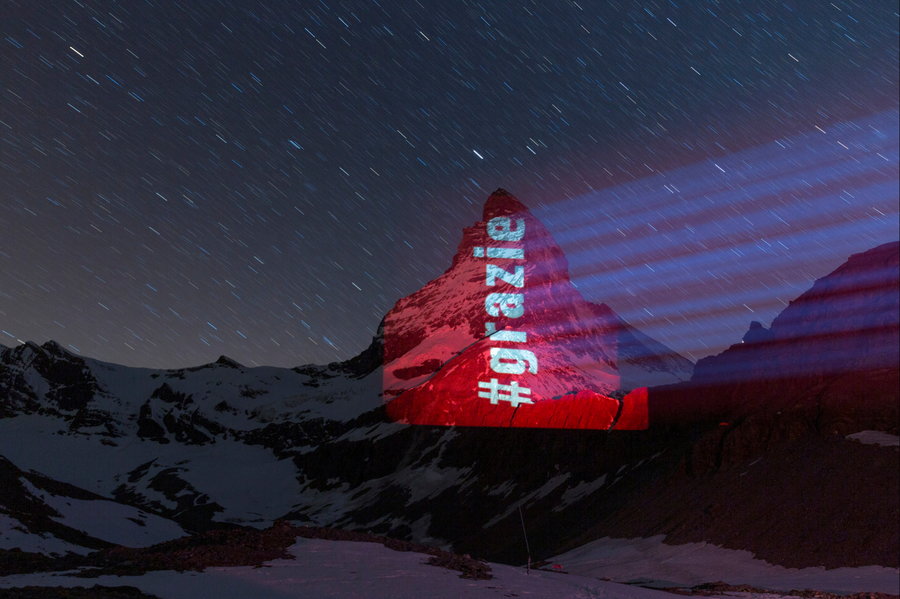 There are always a few naysayers, of course, but in this case it appears the low-level grumblings came from local citizens who complained about light pollution and appeals to avoid mass-marketing the fragile landscape of the mountain. In response, the Zermatt team and local authorities offered assurance that the light show was a limited time event meant to promote hope and solidarity during an extraordinary time, and that while it would undoubtedly promote tourism to the area, they were well aware of the “beauty and fragility” and would continue to prioritize the protection of nature above all else in the future.

All images courtesy of Frank Schwarzbach