Preoccupied by the minutiae of our daily lives, it’s easy to forget that our very existence is miraculous, tethered as we are to this small blue planet floating in the vastness of space. Now, artist and designer Sebastian Errazuriz, best known for his surreal transforming sculptural furniture, has set out to remind us all just how special Earth really is with a new large-scale installation in Manhattan. 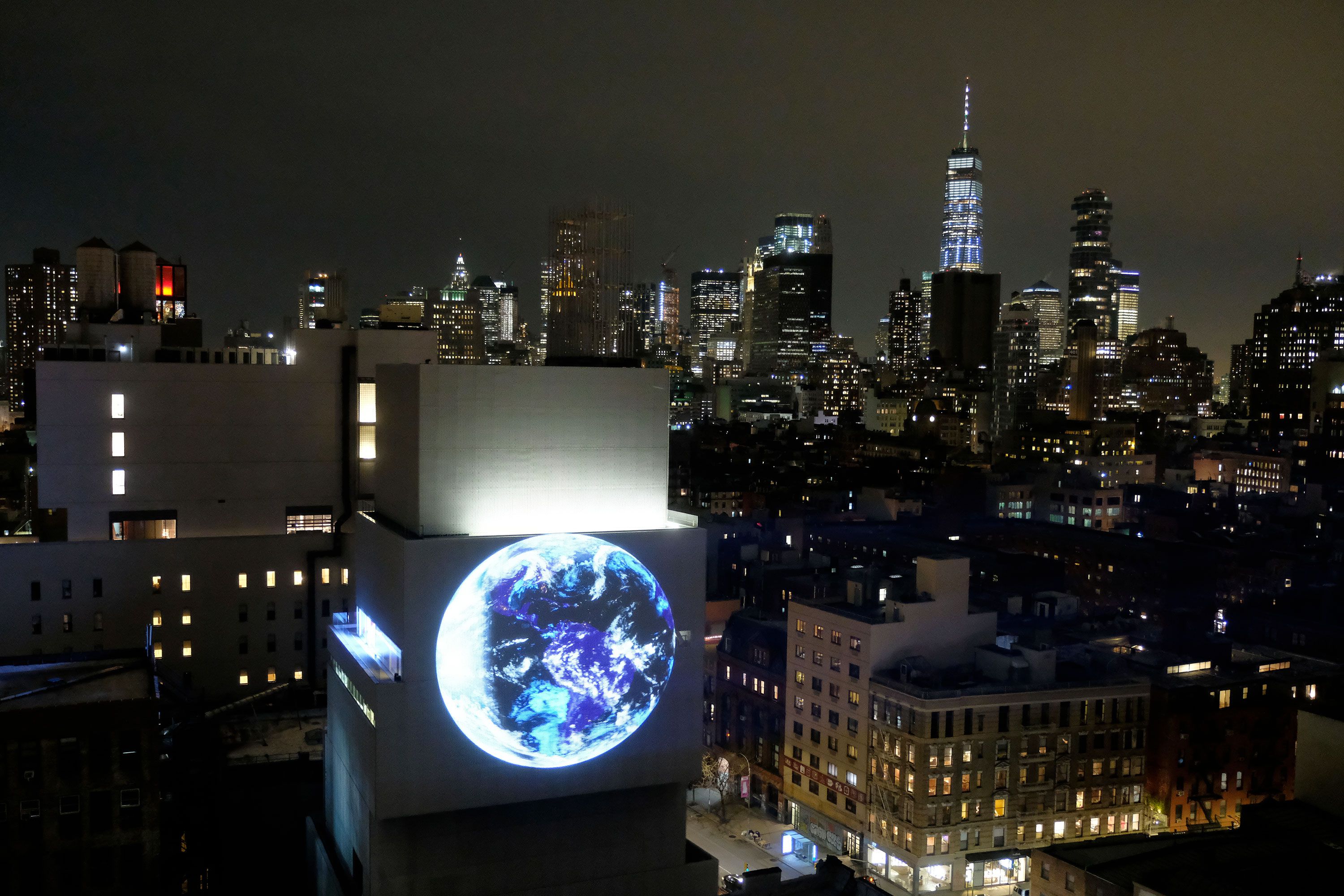 Continue reading below
Our Featured Videos
Produced in collaboration with New Museum, blu Marble is a 20-foot-wide LED structure displaying a live transmission of planet Earth from outer space using composite photographs captured by a NASA satellite. Errazuriz says the intent of the installation is to give us all a little nudge toward greater awareness and mindfulness about our fragile, limited time on this vulnerable and extraordinarily beautiful planet, a “tiny speck in space.”

“2019 celebrates the 50th anniversary of the first person walking on the moon. This historical moment shifted the human perspective on limitation and possibility. Three years later, as Apollo 17 was on its last lunar mission, the crew took the renowned picture Blue Marble showing the first image of the Earth from space.” 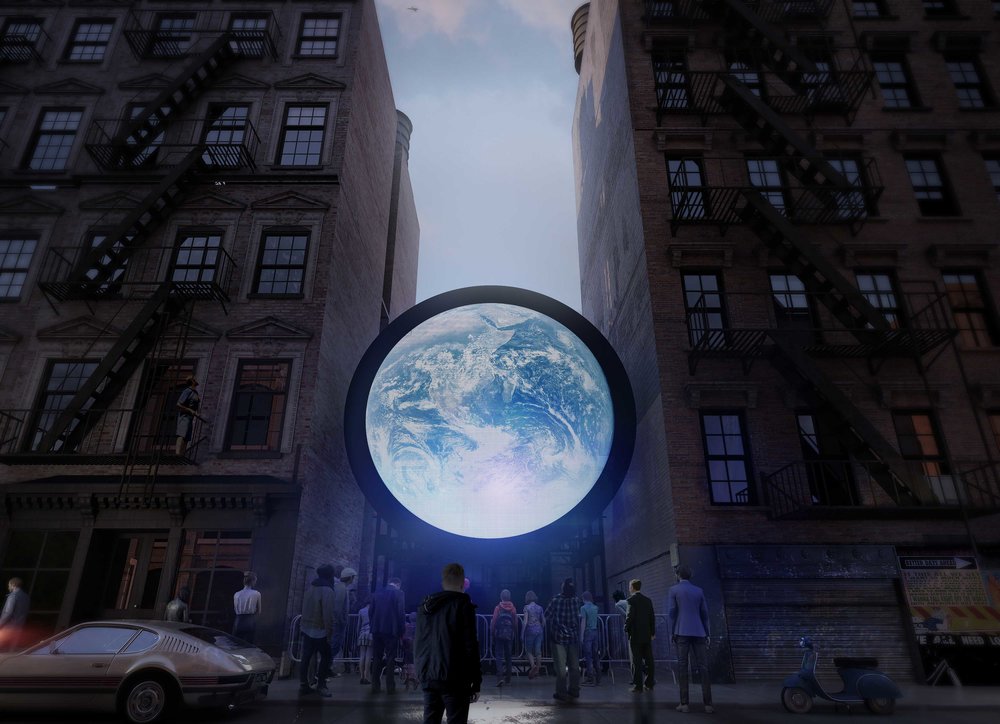 “The original Blue Marble picture is the most widely reproduced image of the Earth, leaving us with a remarkable image frozen in time. blu Marble pays homage to the iconic picture by bringing it to life and substantially increasing its size to raise awareness to our need for perspective and introspection.”

NASA satellite images are typically used to monitor and study the daily variations of vegetation, ozone, clouds, and other signifiers of the Earth’s health. For the installation, the artist’s team has created a bot that copies these live photographs and combines them in a single video to generate a slow animated progression. Passersby can stop and marvel at swirling weather patterns from a perspective typically only enjoyed by astronauts. 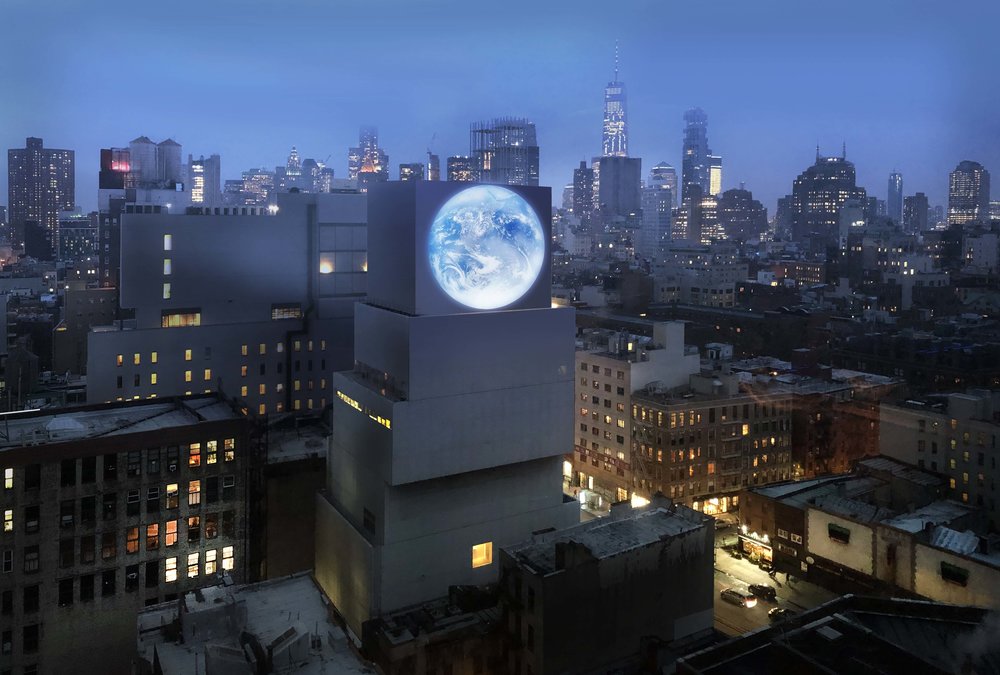 The project launched at Richard Taittinger Gallery on March 13th, featuring a speech from esteemed guest Mike Massimo: the former astronaut, New York Times bestselling author, actor, and professor who sent out the first-ever tweet from space and also holds the record for hours spent spacewalking in a single mission. During the speech, Massimo offered his unique perspective on what it’s like to view the Earth from outer space. 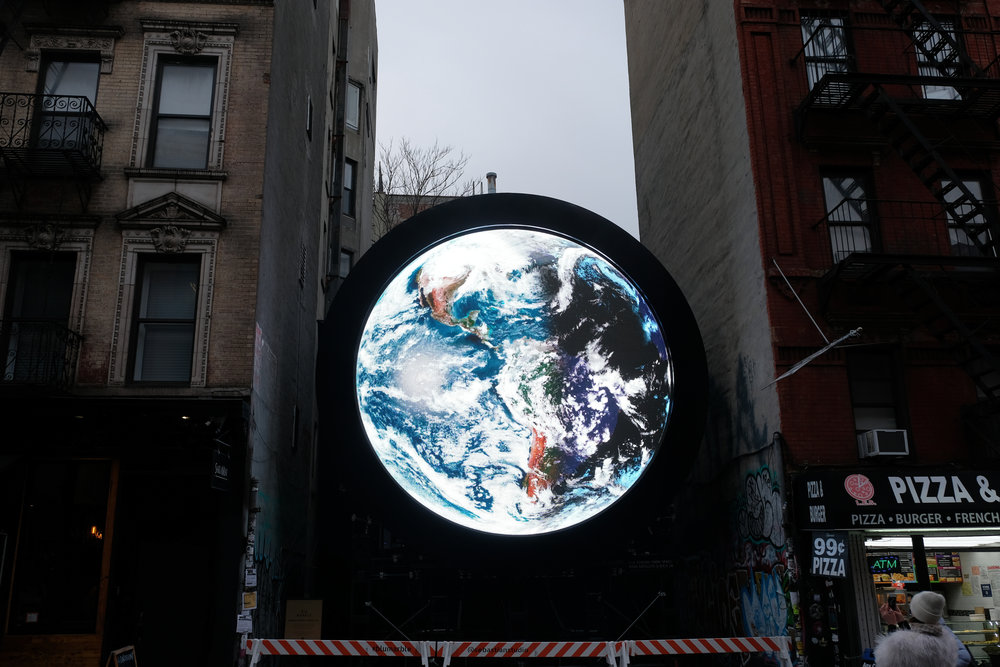 For one night only, blu Marble transformed the Manhattan skyline with a neighborhood display projected onto the top level of The New Museum of Contemporary Art at 235 Bowery, though the main LED-based display will continue to run between brick buildings at 159 Ludlow Street until April 14. If you can’t make it in person, you’ll be happy to hear that there’s a livestream available on the internet via the project’s sponsor, e-vapor company blu. 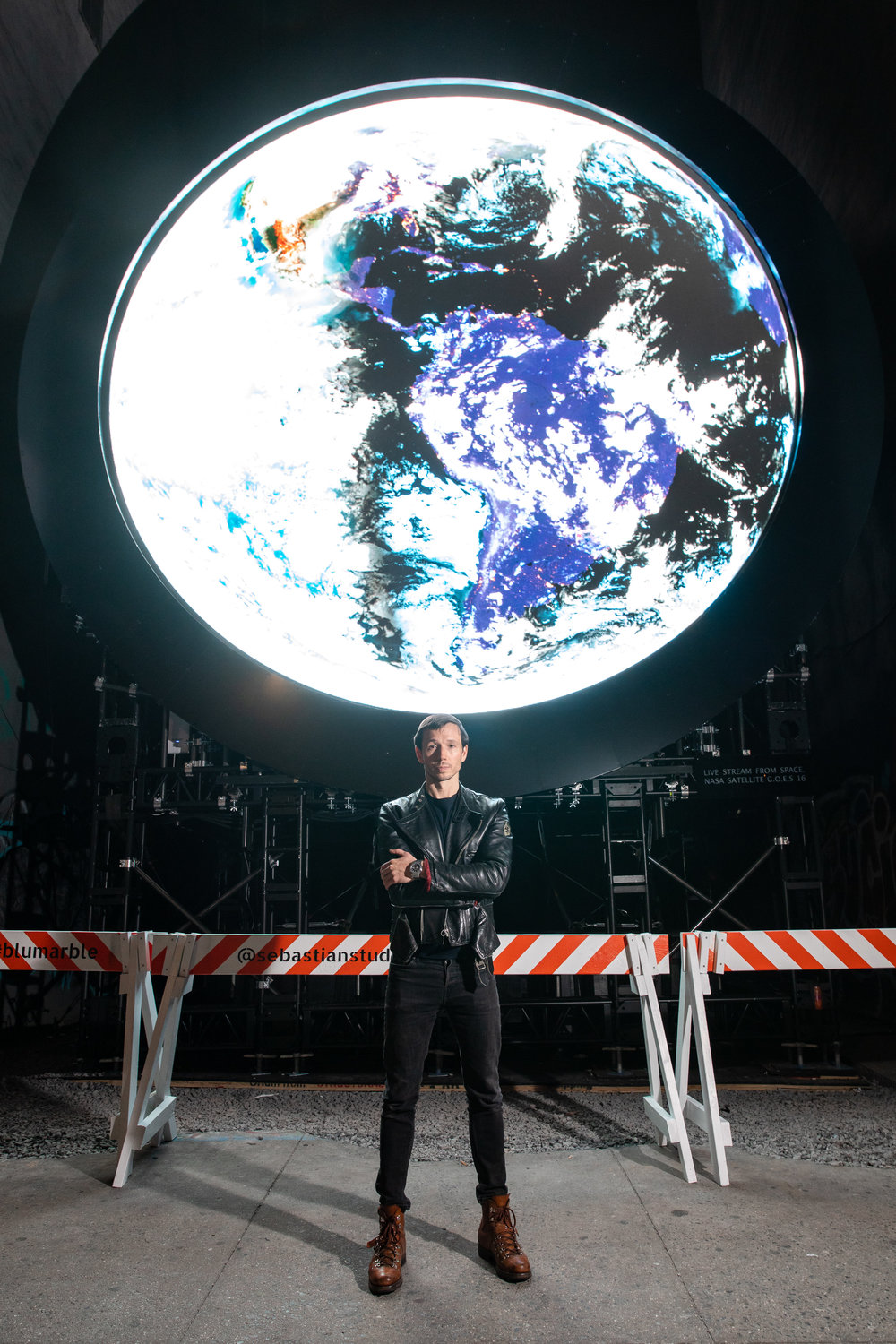 Born in Chile and based in New York, Sebastian Errazuriz is known for his experimental approach to design, blurring the boundaries between disciplines with thought-provoking objects that are both conceptual and functional. He’s also no stranger to controversy, producing such works as a fur-critiquing stuffed animal jacket, sculptural shoes inspired by his former romantic partners, and wildly transforming cabinets and credenzas that unfurl in ways that seem almost impossible based on their proportions. When it comes to work by Errazuriz, it’s wise to always expect the unexpected.