Burning Man is the highlight of many people’s year. An oasis of freedom and hedonism in the Nevada desert, this week-long art festival brings together a unique assortment of partiers who make it their mission to live life at 110 percent in “Black Rock City,” the name of the festival site once its 70,000 residents set up camp on the “playa” (the ancient lake bed where the event is held). Tragically, an attendee named Aaron Mitchell lost his life this year after running into the flames of the eponymously-titled “Burning Man” structure on the final night of the festival. 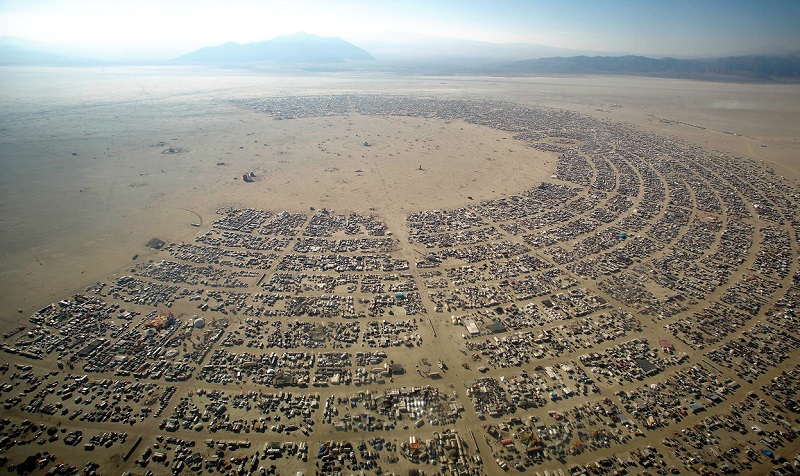 Continue reading below
Our Featured Videos
Renowned for its installations, art cars, and wild parties, Burning Man has taken on a different guise in recent years by becoming the haunt of many Silicon Valley tech-heads, many of who are often seen as diminishing the countercultural ethos of the festival. Still, they can’t take away from the plethora of incredible artworks and structures that are up over the course of the seven-day gathering. We took a look at some of this year’s best pieces of temporary architecture erected on the playa, many of which are inspired by this year’s theme, “Radical Ritual.” 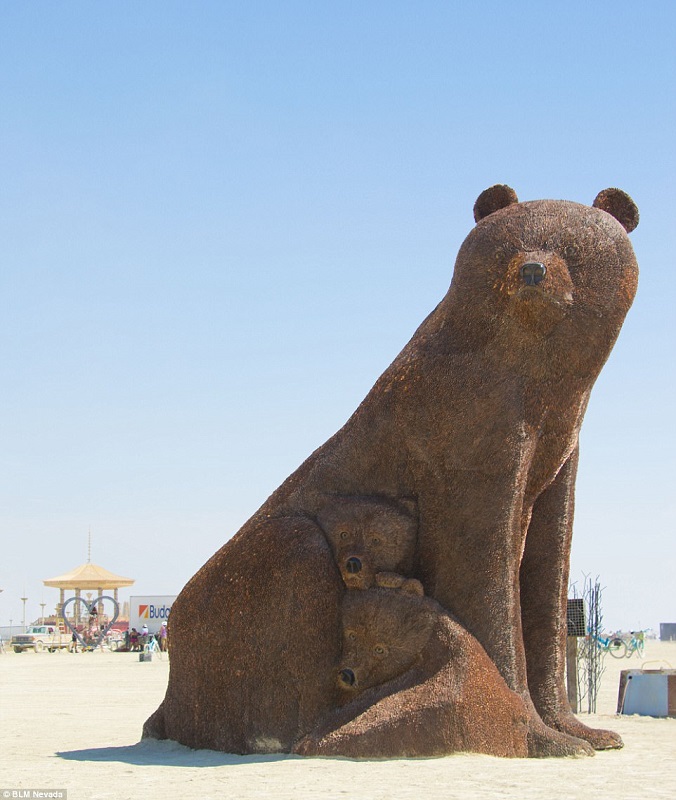 This 12-foot tall sculpture depicts a mother bear and her cubs and succeeds the standing grizzly bear installation, “Ursa Major,” from the 2016 festival. Designed and constructed by the Fergusons from California, the bears are made up of over 200,000 new pennies from the US and Canada.

“The Temple of Gravity” 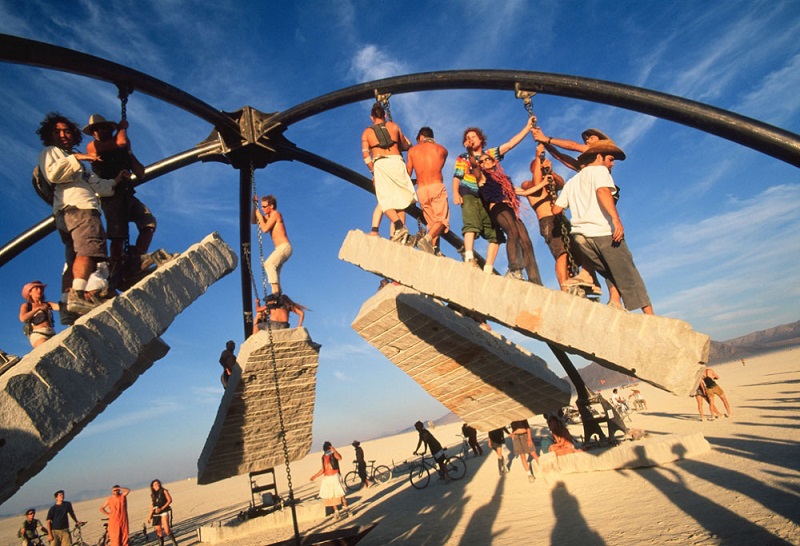 This kinetic sculpture consists of a 60-foot-diameter steel-framed dome, which supports five huge slabs of granite, each weighing 15,000 pounds. The installation plays with the ideas of force and gravity and erodes the viewer’s sense of faith in the ability of the structure to support the weight. 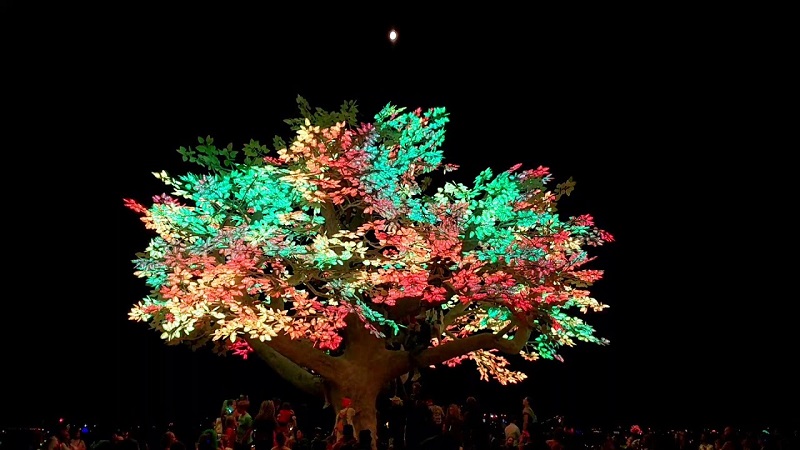 This interactive structure looks like a hyper-realistic tree during the day, but it really comes alive at night thanks to its leaves, which have been collectively filled with 15,000 LED lights. The tree invites festival-goers to explore and climb it, offering a place of refuge and contemplation away from the madness of the playa. At night, the illuminated leaves pulse to the beat of ambient music.

This impressive and ornate gramophone is an elegant homage to a bygone era. The installation plays carefully selected music from the 1900s from its bell-shaped speaker, and its sculptural details conjure up a nostalgic allure. This installation also features a stage, upon which live performances are held. 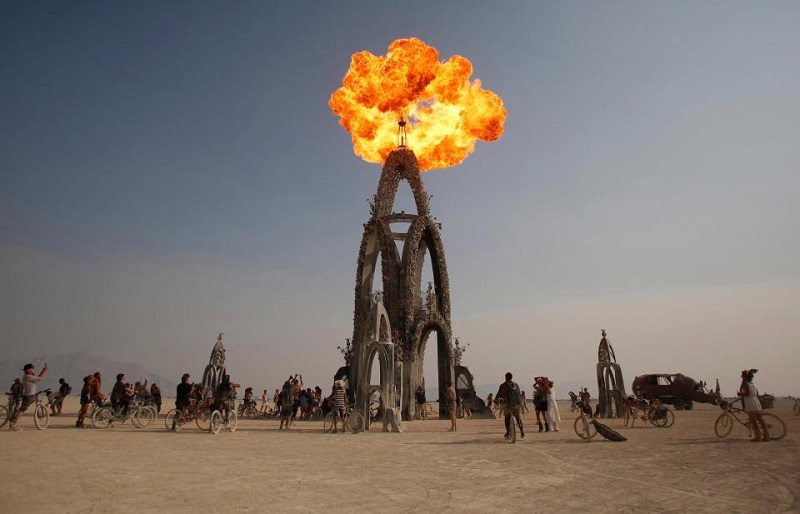 This 70-foot metal structure takes the form of a delicate, fire-breathing flower. Adorned with thousands of carefully painted flowers, this angelic demon lights up pink at night and is composed of a series of arches that sit atop one another.
Burning Man is held every year at the end of August/beginning of September. Unfortunately, there is a cap on tickets and they are allocated through a lottery, so if you wish to attend, make sure you are online very early to give yourself a good chance of securing your entry.