In 2019, it’s easy to feel like appreciation for the great outdoors is at an all-time low. After all, it only makes sense that the younger generations would be skipping out on camping trips in favor of more Instagrammable vacations, and that they’d know substantially less about things like building shelters and starting campfires. 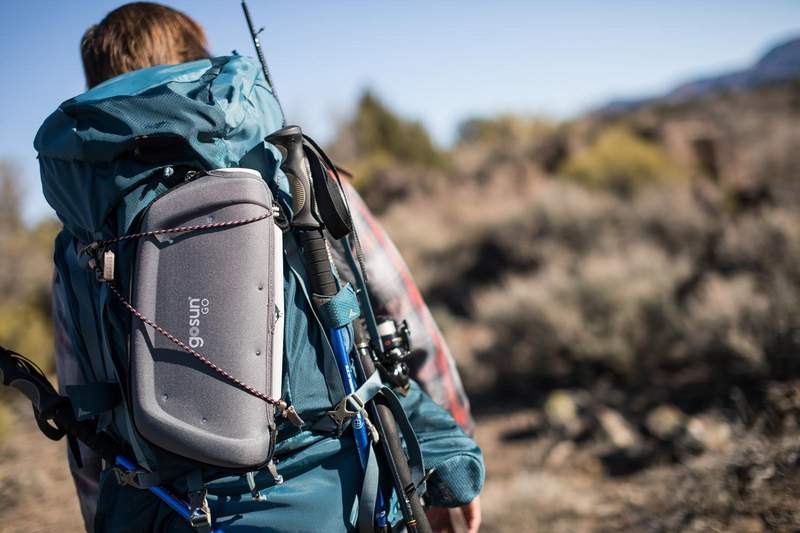 As it turns out, camping’s popularity has actually been on the rise for the past few years, driving companies to create all kinds of new products in hopes of simplifying the experience for everyone. One of the more noteworthy inventions to come from that surge is the GoSun Go Portable Solar Cooker: a small tubular oven that cooks your meals using nothing but the power of the sun. We recently got the chance to put a few of these ovens to the test at our El Segundo headquarters. 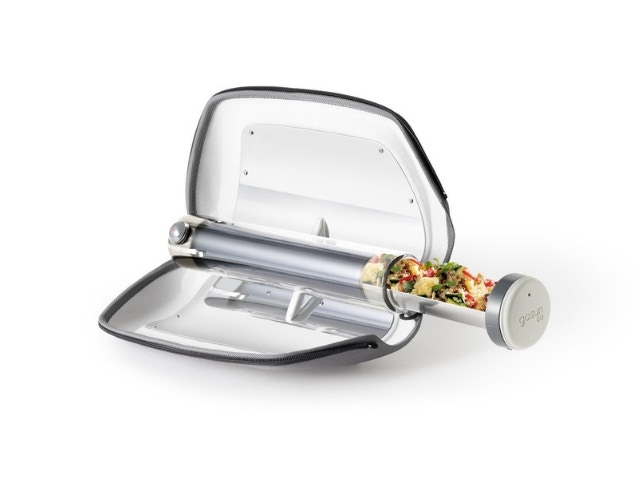 Setting up three ovens in a nearby park on a clear, sunny day, we tried our best to cook all of the foods listed in the accompanying instructional booklet, including  broccoli, canned corn, diced sweet potatoes, ground beef, hot dogs, and a chopped-up veggie patty. We found prepping the food and evenly distributing it between each unit’s two silicone cooking pads to be a total breeze, though we did have to give a little thought to the way we arranged everything in the stainless steel cooking trays. We knew they would be propped up at roughly 45-degree angles while cooking and found it best to place the meat-containing pads towards the bottom to keep their juices from running down onto the other dishes.

Since the muffins were basically all liquid before being cooked, we decided against propping up their oven, instead leaving it flat on the tabletop alongside the other two GoSun Gos. 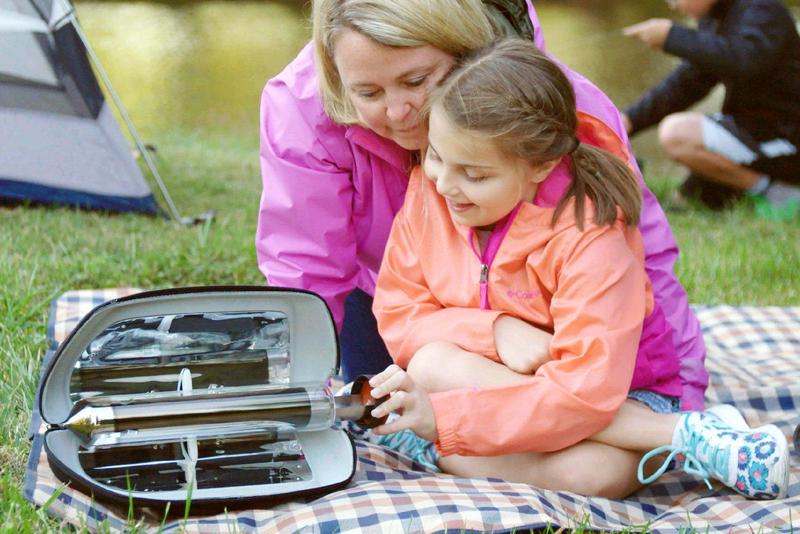 After that, all that was left do was to sit back and wait for the food to be ready. The company stresses making sure that the small black circle on the front of each tube is in perfect alignment with the sun, but from what we can gather, this doesn’t seem to be to exact of a science. You should be good to go as long as you can see the sun’s reflection somewhere on the dial.

We ultimately needed to give each dish around an hour to properly cook (a little more than the 40 minutes advertised in the instructional booklet), but when everything was ready to eat, we found it all to be exactly as tender and charred as we wanted it to be. The muffins smelled absolutely delicious, and they were just as fluffy as they would’ve been coming out of a conventional indoor oven. Just remember to be careful when removing your own finished meals from the GoSun Go, since the cooking tray is extremely hot to the touch and capable of reaching temperatures of up to 550° Fahrenheit. 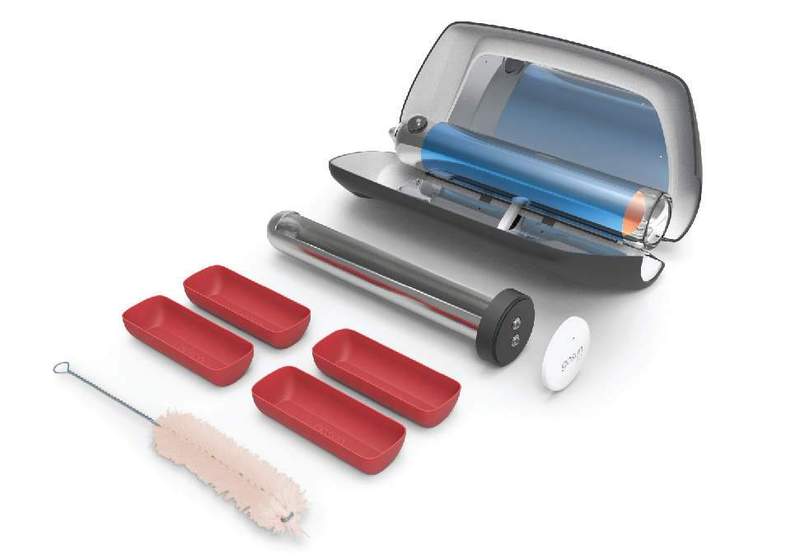 Cleanup was nearly as easy as setup, with the brush included in the packaging making quick work of the buildup inside the tubes. It seems that some juice did manage to escape the oven containing the ground beef, however, resulting in a stained outer carrying case — but aren’t stains really just portals to treasured memories?

All in all, the GoSun Go Portable Solar Cooker is a nifty little appliance that’s perfect for anyone who plans on going camping with their friends in the near future. It might not always give you the same quality food as a conventional oven, and it does take quite awhile to work its magic in cloudy conditions, but when it works, it really works. Plus, it beats the traditional campfire by a long shot in the way of environmental consciousness.

Be sure to visit the company’s official website to learn more about the GoSun Go, the slightly larger GoSun Sport, and the full-sized GoSun Grill.