Portable stoves have been a major part of camping, road trips, and sporting events for generations. From charcoal grills to propane cookstoves, the options for cooking away from home have practically brought the modern kitchen to the outdoors. While stoves come in many forms, one element they have all have in common is the need for some form of energy. This need for fuel creates waste and a dependence on harmful resources in order to work — until now. 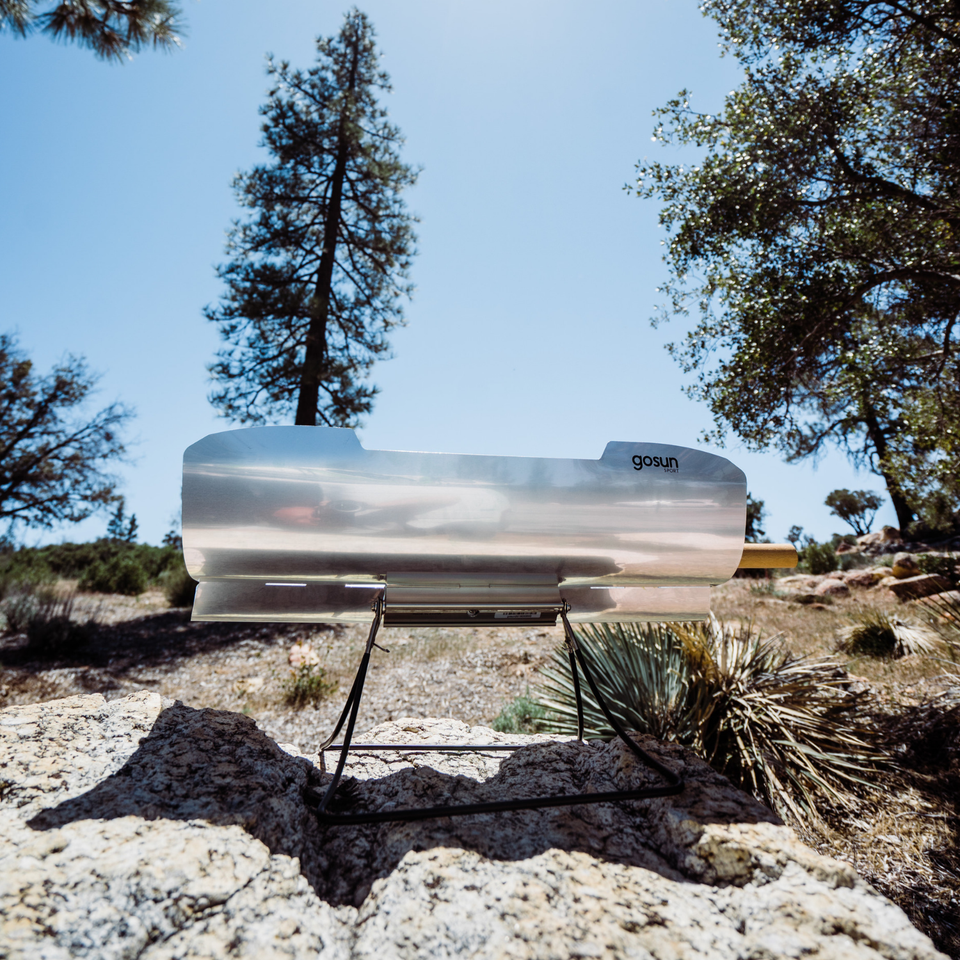 Introducing the GoSun solar cooker. Beginning as a Kickstarter campaign, this solar oven has now been bought by tens of thousands of nature and outdoor enthusiasts — not to mention the fact that it’s providing energy-deprived areas around the world with new options for meal preparation. The company has created a three-piece range of stoves with versatility in mind. The GoSun Go is the smallest version, weighing in at just two pounds. Slightly larger (and capable of cooking up a meal for two) is the popular GoSun Sport model. Last but not least, the family-style addition to the lineup is the GoSun Grill, which can bake, fry, or boil a meal for up to eight people. 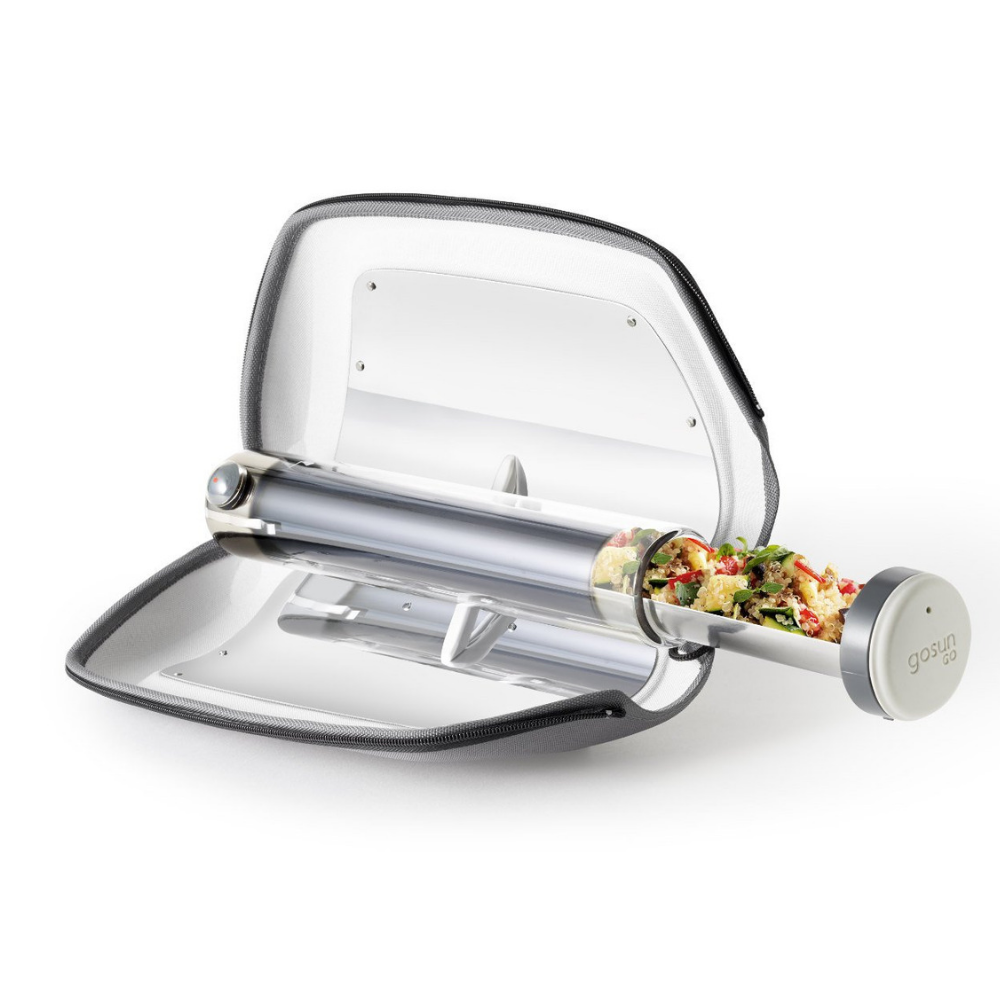 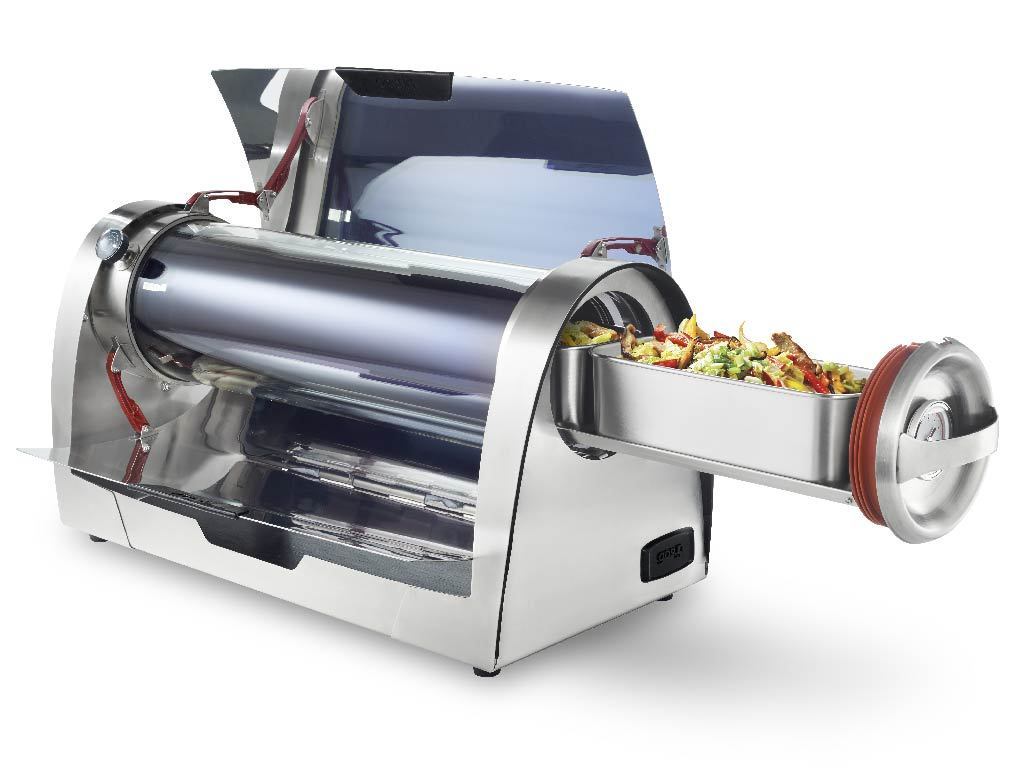 The newest model, the GoSun Fusion, is currently available for pre-order and is expected to start shipping in late spring 2019. The Fusion offers a combination of technologies for reliable fuel-free cooking options day or night, but it’s still equipped with the same solar technology as the rest of the GoSun family. It also comes with a battery pack so you can charge it during overcast days or after dark. An additional solar panel recharges the battery pack to maintain a consistent energy source. As a backup, the Fusion can also be plugged into a 150-volt source such as a car or boat port.

Every product in the GoSun line is built around a vacuum tube that provides outstanding thermal performance. It’s so effective that it cooks up to five times faster than a traditional oven. Even better, its ultra-efficient design allows it to use less energy than a standard light bulb. The tube can be used to bake, boil, and even fry foods. Even at temperatures exceeding 550 degrees, the casing never gets hot to the touch. To use the oven, simply cut up a selection of meats, pastries, or vegetables, add the appropriate oils and seasonings, and slide the tube in to start cooking. 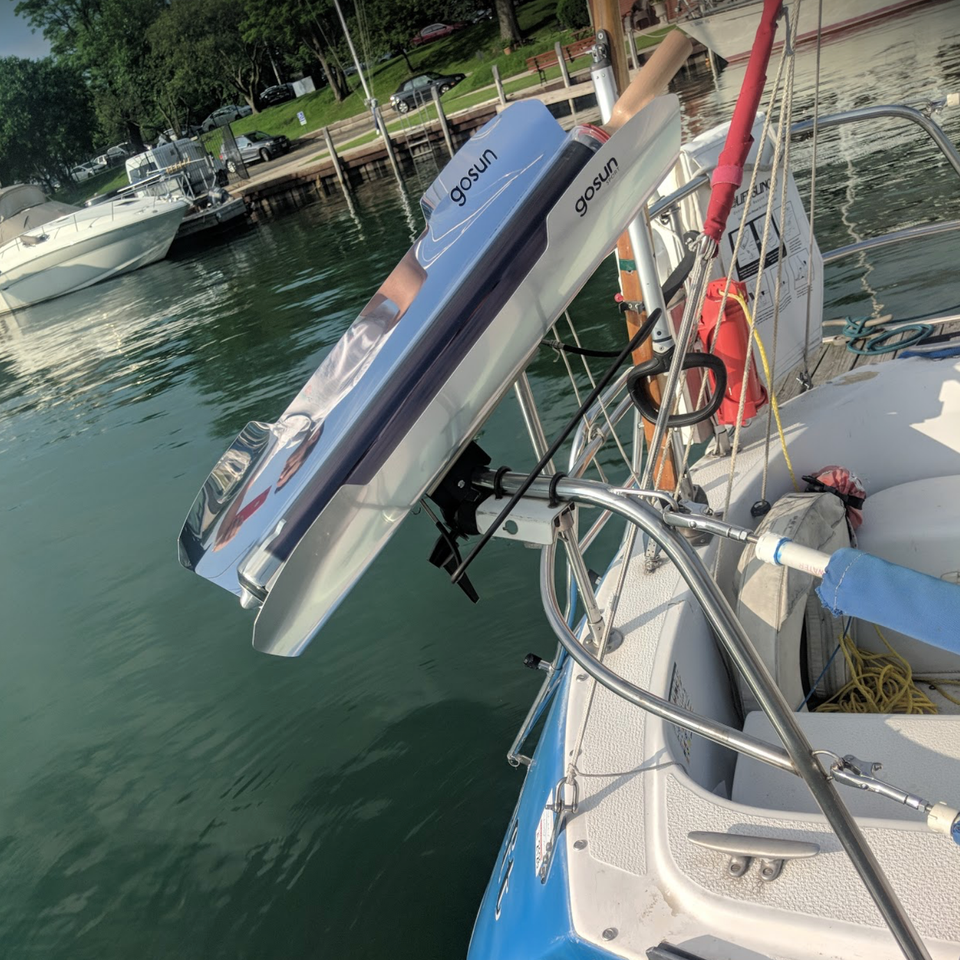 The goal of the GoSun line is to offer a solar-charged cooking option that is portable, durable, reliable, and clean for the environment. Its products are perfect for off-grid living, whether you’re just getting away for the weekend or planning on doing so full-time.

The idea for GoSun came from founder Patrick Sherwin. A seasoned traveler and solar energy expert himself, Sherwin had spent significant time living off-grid and working on solar projects around the world. When he figured out that the vacuum tube he’d removed from a solar water heater could cook his lunch for him, a company was born. 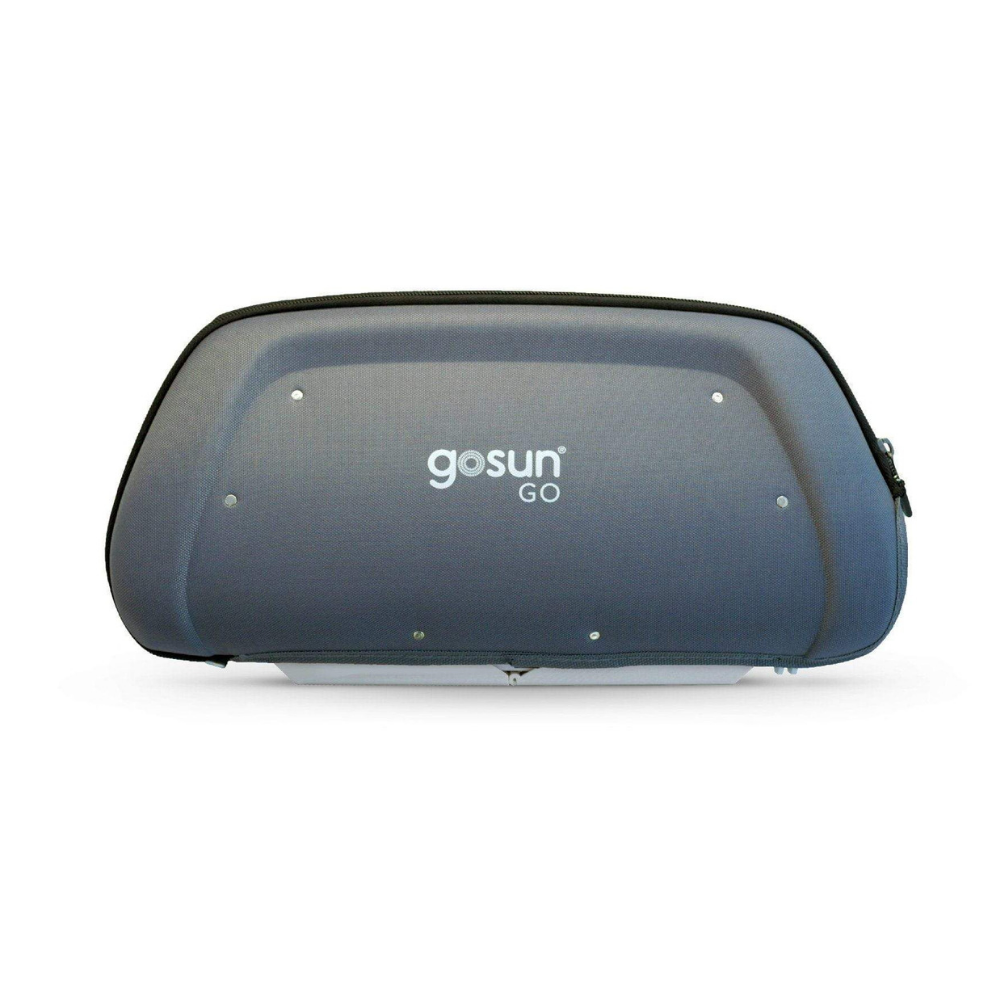 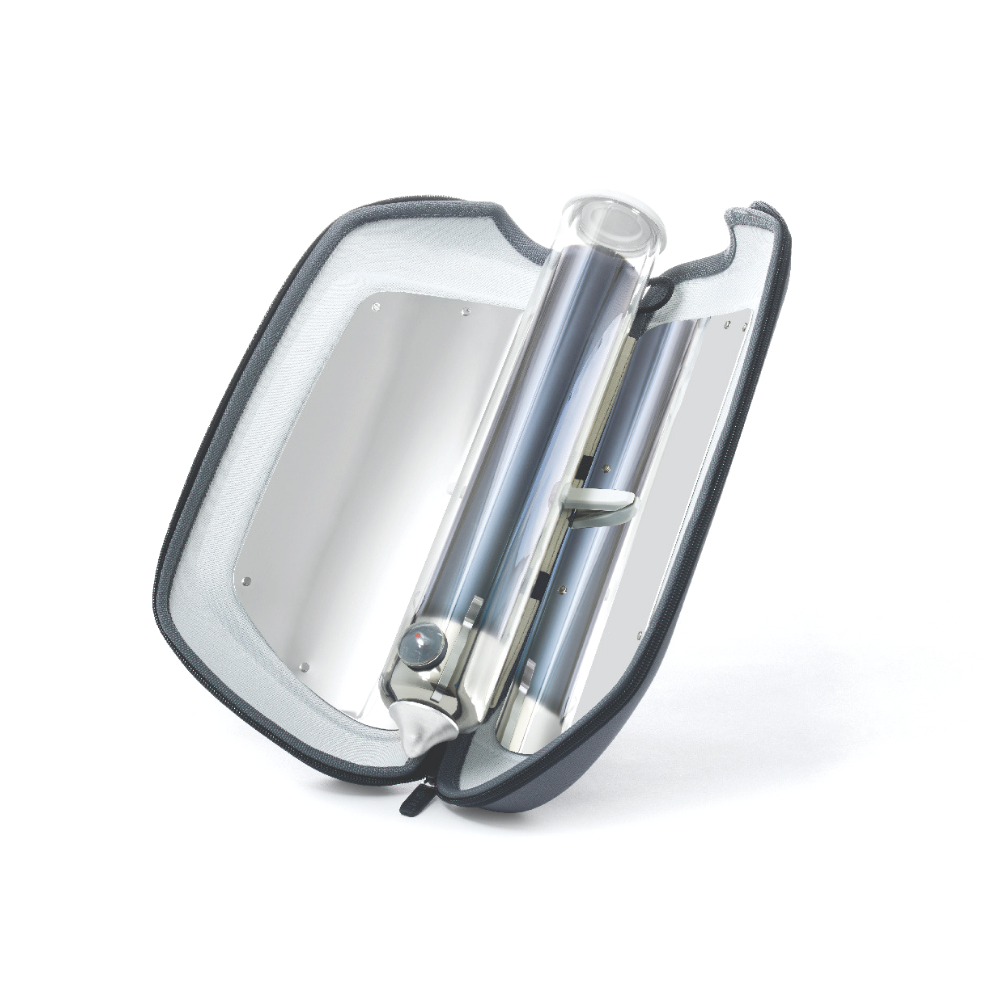 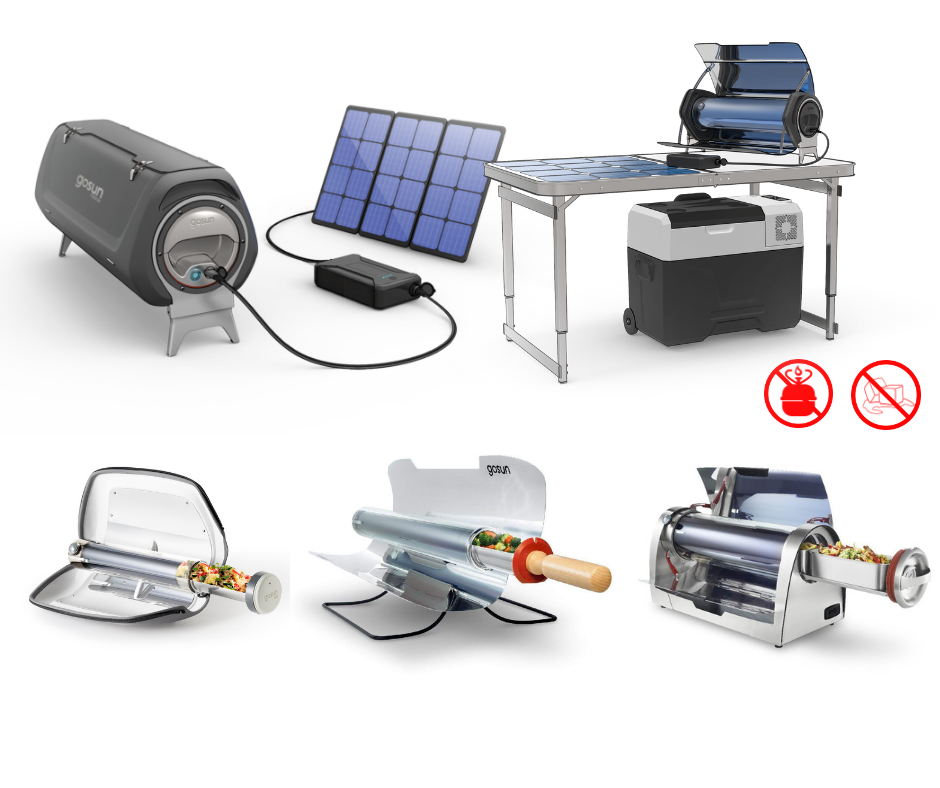 With estimates stating that three billion people in the world still cook using fire each day, Sherwin wanted to find an alternative that wouldn’t strip the forests or rely on any other fuels. On top of that, GoSun products don’t cause any harmful emissions that cause illness or contribute to pollution. In fact, fuel-free cooking saves tons (literally) of carbon dioxide per household from entering the atmosphere. In yet another eco-friendly effort, GoSun has facilitated the planting of tens of thousands of trees. 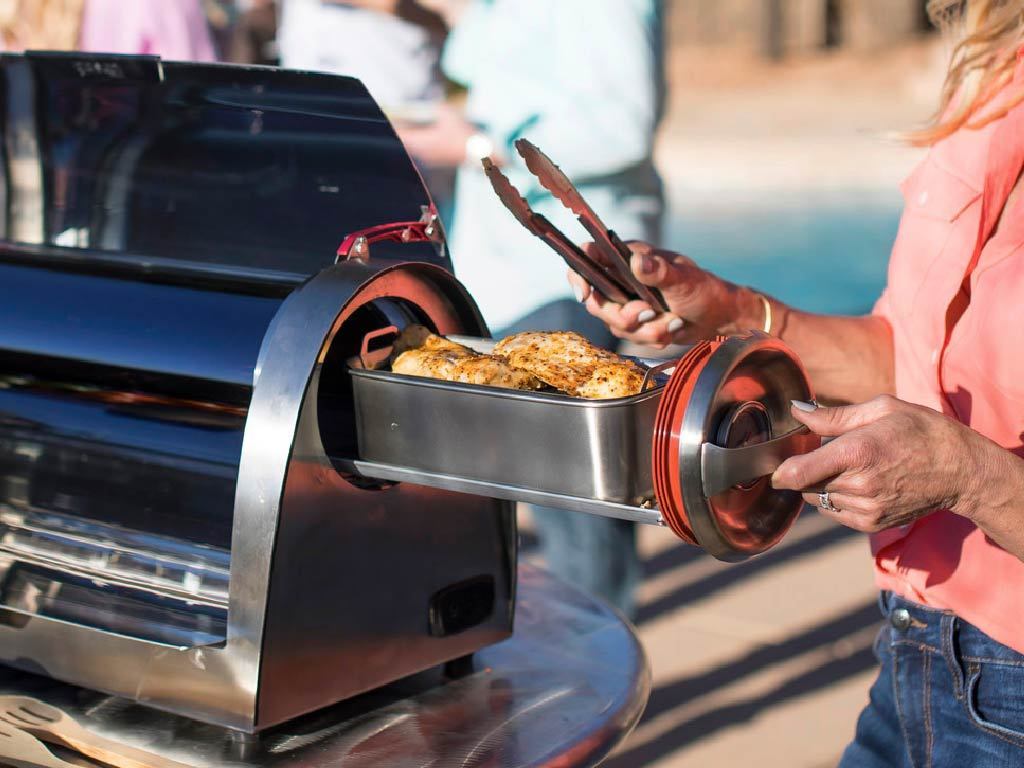 In addition to solar ovens, GoSun has also designed several other eco-friendly products, any one of which is sure to add variety to your solar cooking experience.