When you hear the name Prada, boats probably aren’t the first things that come to mind. The legendary luxury fashion house founded in Milan is certainly best known for its high-end leather handbags and chic runway looks, not to mention its connection to the hit Meryl Streep movie The Devil Wears Prada. But that doesn’t mean the brand has to limit itself to wearables. 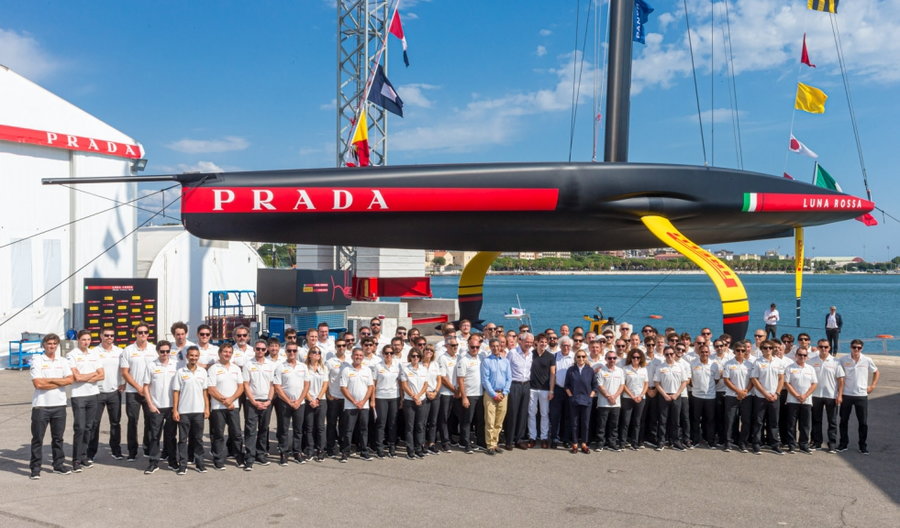 Prada teamed up with another boundary-breaking Italian company, Pirelli, to design the Luna Rossa AC75, a black monohull sailboat that looks like it could take to the skies at any moment. The AC75 is actually the ninth Luna Rossa boat designed by the team to represent Italy at the America’s Cup World Series sailing competition. The 36th annual event will be held in Sardinia next April, and the Luna Rossa will be the first challenger of the Emirates Team New Zealand, who won the last race.

It took two years for a team of 90 people (including 37 designers) to build the boat, which is made of carbon fiber and aluminum honeycomb with two innovative “foil arms” designed to support a maximum load of 27 metric tons (about 59,000 pounds). 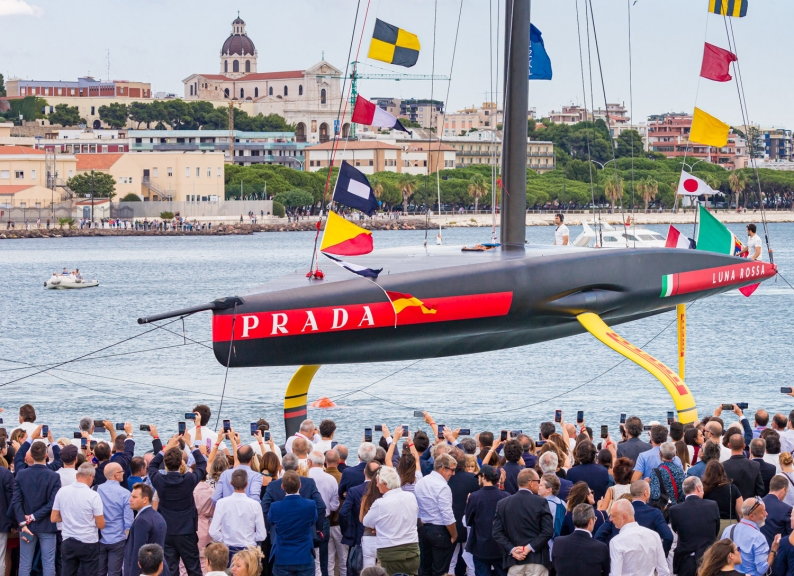 Sailboats with arms are called “hydrofoil sailboats.” The wing-like foils mounted under the hull lift it up and out of the water while racing, allowing the entire boat to go twice as fast as the speed of the wind. They’re not unusual, but rarely do they look quite so high fashion as this.

“Another innovative feature of the AC75 is the ‘soft wing’ rig, with two sails hoisted in parallel and inbuilt systems to control the sail shape,” Prada states on its website. “This provides the efficiency of a hard wing combined with ease of use and handling akin to a traditional sail. 20,000 kilometers of carbon fiber thread was used to create the mainsail, in addition to 5,000 kilometers for each jib and 12,000 kilometers for each ‘code zero,” used to sail downwind in light breeze.” 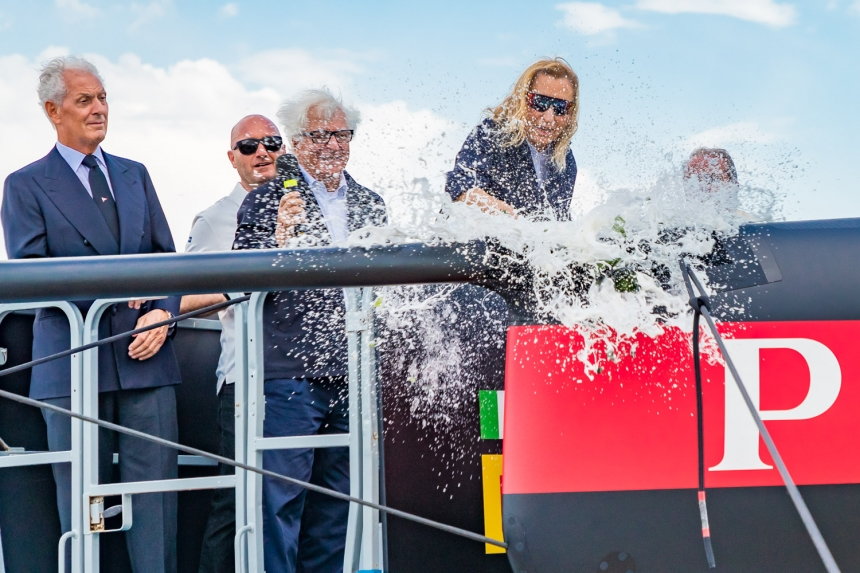 Prada, which is also sponsoring the event, sent its design lead Miuccia Prada to christen the boat at its unveiling in Sardinia on October 2nd.

“This is our sixth America’s Cup challenge, but launch day is as exciting as ever — it is the magical moment that brings together many months of work and dedication and the anticipation of finally seeing on the water what was until now only a design,” says Patrizio Bertelli, President of the Luna Rossa Prada Pirelli Team and husband of Miuccia. “This time, the revolutionary and innovative way the entire monohull concept has been reinterpreted heightens expectations still further.”

You might think designing a futuristic-looking hydrofoil sailboat in a sophisticated black dress would be the natural starting point for a crossover between the Luna Rossa project and Prada’s fashion. Can’t you already imagine the sailing-inspired outfits such a project could produce? Alas, it’s not to be: when asked whether the sailboat might inspire a themed collection, Bertelli said there’s no such plan in the works.