As Yoda so succinctly proclaimed in The Empire Strikes Back, “always in motion is the future.” Filipino designer Kenneth Cobonpue invoked that same philosophy when he partnered with Disney Philippines to create a five-piece collection of furniture inspired by the iconic Star Wars movies — a collaboration he initially declined, no less. 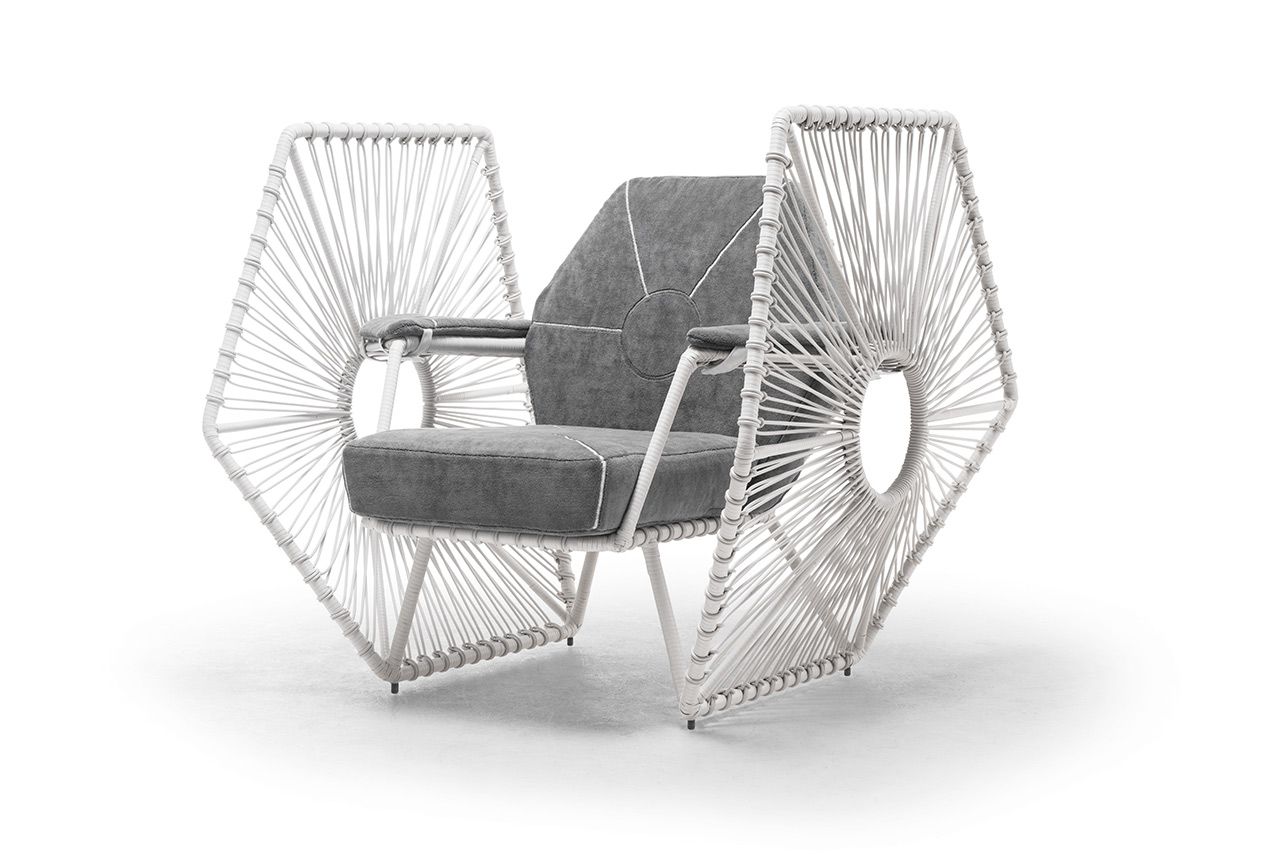 Cobonpue told the Philippine Star, “At first, I said, you don’t need me for this because I don’t make replicas of machines and Star Wars fans will only buy something if there’s the face of Darth Vader on it — I don’t do that. They said, ‘No, no, no. We want you to interpret through the lens of a Filipino designer.'”

That was enough leeway to convince him to design a line based on his childhood recollections of the 1970s, when he was a big fan of the movies. The resulting take embodies his talent for designing unique high-end pieces, the likes of which have previously been purchased by movie stars like Jackie Chan, Harrison Ford, and Brad Pitt. 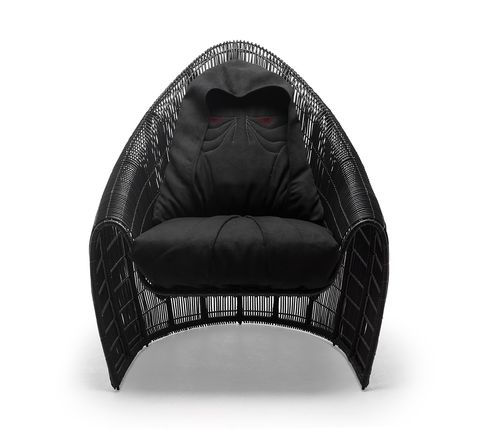 Modeled after one of the most famous Star Wars characters ever, this chair can be placed in both compact offices and cozy nooks. Its canopy is an airy open weave, and the attached table folds away at your leisure. The seat cushion features a scrupulously stitched image of Darth Vader’s daunting mask.

You’ll feel power surge through your veins as you sink into the Sidious armchair. The backrest is heightened and slightly curved to look like a hood, and the chair’s legs are slightly arched forward as if they’re ready to pounce. Sit there long enough, and you may start channeling the Sith Lord’s commanding and terrifying persona. 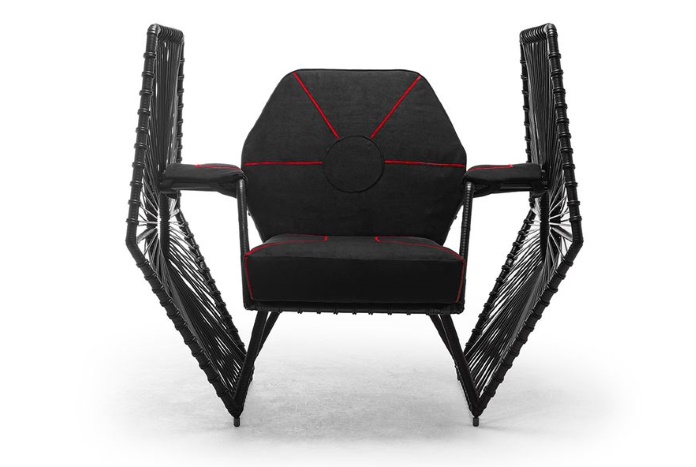 The remarkable Imperial fleet TIE fighter emblem was the inspiration for the Imperial Wings armchair. The handwoven polyethylene construction so vividly instills feelings of dexterity and power that you’ll feel like an ace fighter pilot in no time. 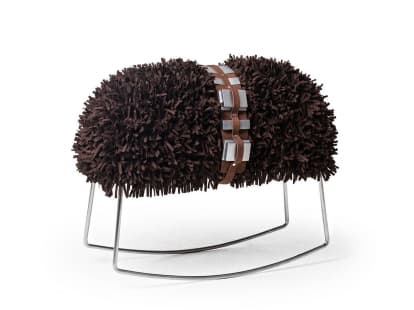 In this design, Chewbacca and his famous bandolier are embodied in brown microfiber strips and encircled with a fabric sash. Cobonpue chose a rocking stool to emphasize the whimsy of the Wookiee warrior and steadfast friend, Han Solo.

This distinctive lamp is pretty much a story made furniture. Made from salago fiber painstakingly applied by hand to the body, the lamp is adorned with tiny Jedi knights raising light sabers, which themselves provide the actual light. A Sith Lord in combat with the Jedi represents the lofty goals that can be attained when warring forces unite and battle for a greater good. 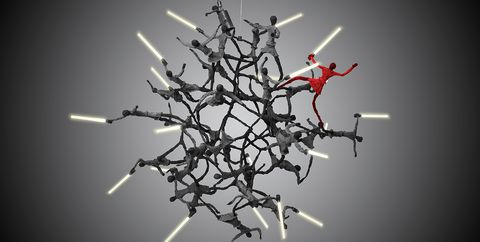 Pieces from Cobonpue’s Star Wars collection were recently made public at AsiaPOP Comicon 2018 in Pasay City. Cobonpue has showrooms in Manila, Cebu, New York, and Munich, but his Star Wars furniture is currently only available in the Philippines.