The so-called “trash” all around us holds enormous potential. How many materials could we be salvaging from landfills to reuse, repair, or upcycle into something useful once again? All sorts of items are capable of transcending their original purpose, and sometimes you don’t even need to change their form to pull off such a metamorphosis. The Kotakrat modular shelter concept from Indonesian firm Parisauli Arsitek Studio shows off one such transformation. 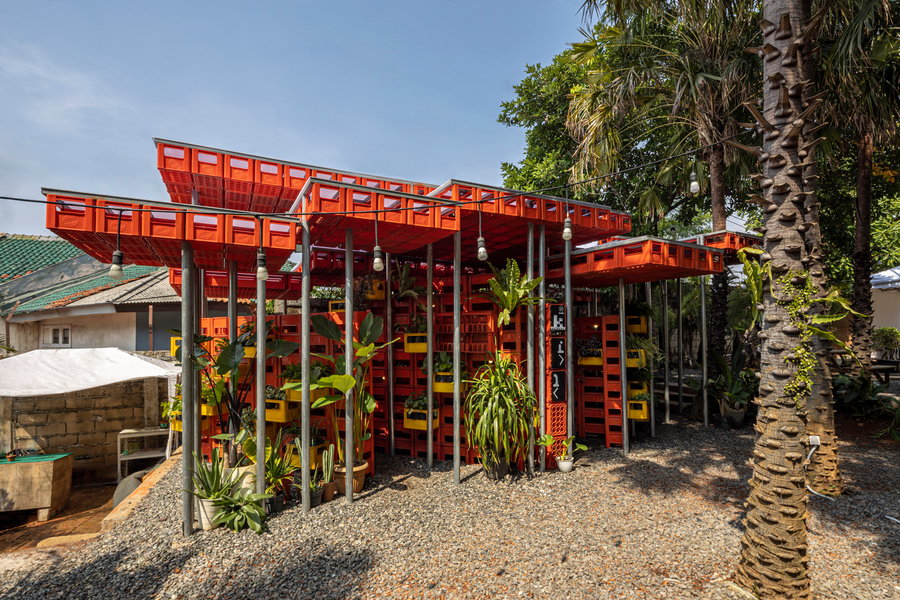 The architects took a bunch of plastic crates commonly found all over Indonesia and reimagined them as building blocks, which seems pretty intuitive since they’re so stackable. Formed into walls, towers, partitions, and roofs after being screwed together and supported with steel columns and frames, these crates became structural elements with several possible functions. That is, they aren’t limited to just being walls — they can also be planters, shelves, or storage space.

The first Kotakrat prototype was built to serve as a small mosque in the busy urban center of Tangerang, Indonesia. You can see how the crates are arranged to create small, semi-private rooms with access to ample fresh air and daylight. Rugs are also tucked into the crates so worshippers can sit or kneel comfortably. Smaller stacks can even be used as stools. 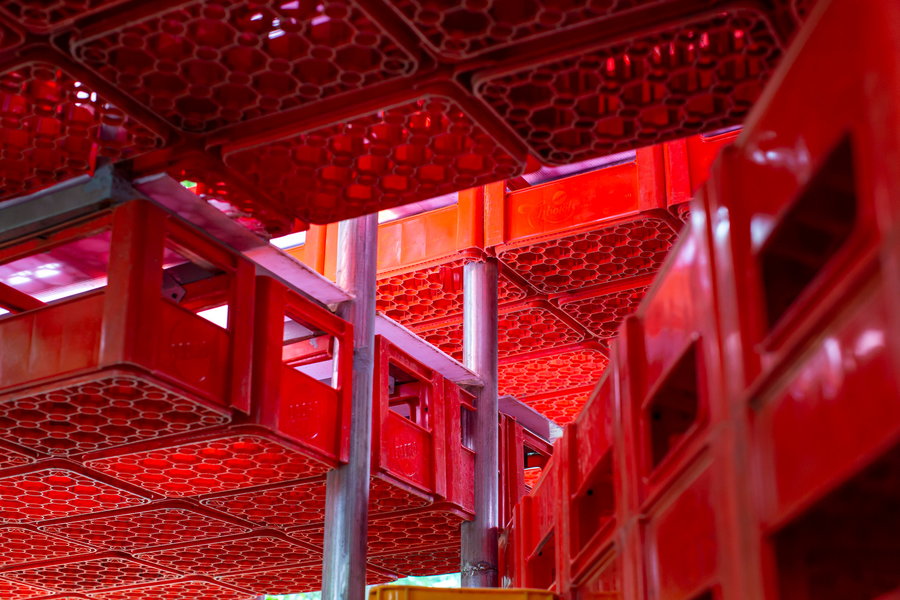 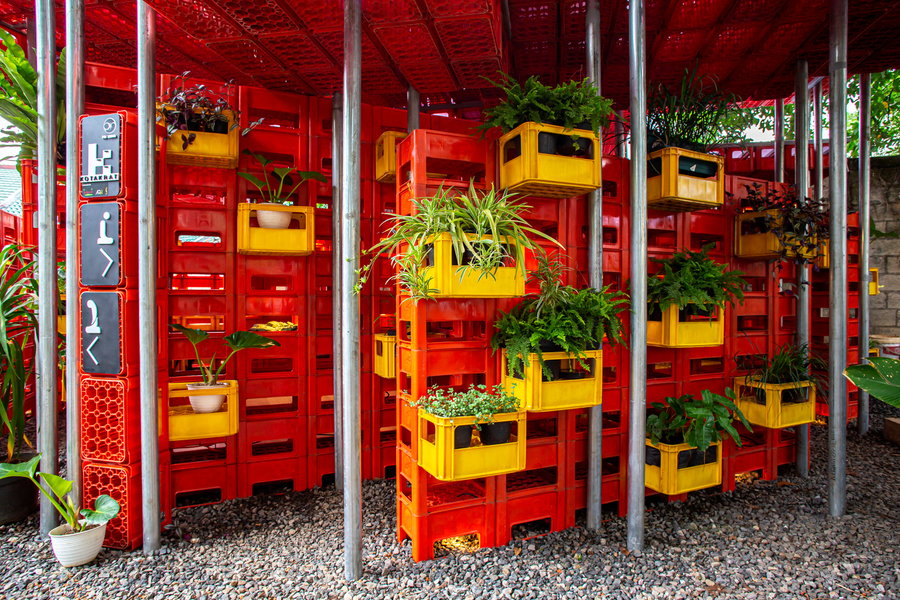 Parisauli Arsitek Studio says their design was partially inspired by the perception that plastic crates aren’t environmentally friendly simply because they’re made of fossil fuels, manufactured in excess, and tossed aside when they aren’t wanted. But look how easy it is to transform them into something truly useful. The architects point out that the plastic is durable enough to stand up to the elements.

Something else to consider is the fact that the modularity of this project makes it easy to disassemble, which is another important factor in sustainable architecture and design. If this prayer space is no longer needed, it would be simple to take it apart, transport it somewhere else, and build it into a new shape for an entirely new purpose. 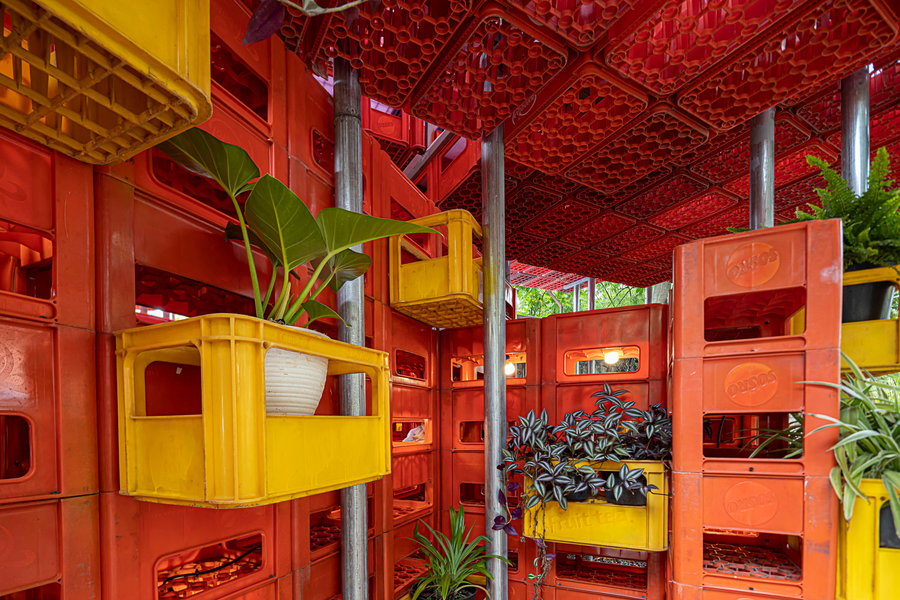 The firm adds that: “Kotakrat is a ‘ruang kebaikan’ (space of kindness) that starts with the diversity of people’s needs, behavior, and habits. The existence of this space of kindness adapts to the context, location, and needs of its user community. [The] space of kindness may appear as a stall, prayer room, emergency post, shelter, bus stop, and others. This space was created to represent those ideas. Created by crates that are easily found in everyday life but not everyday needs. This crate is easily arranged into space.” 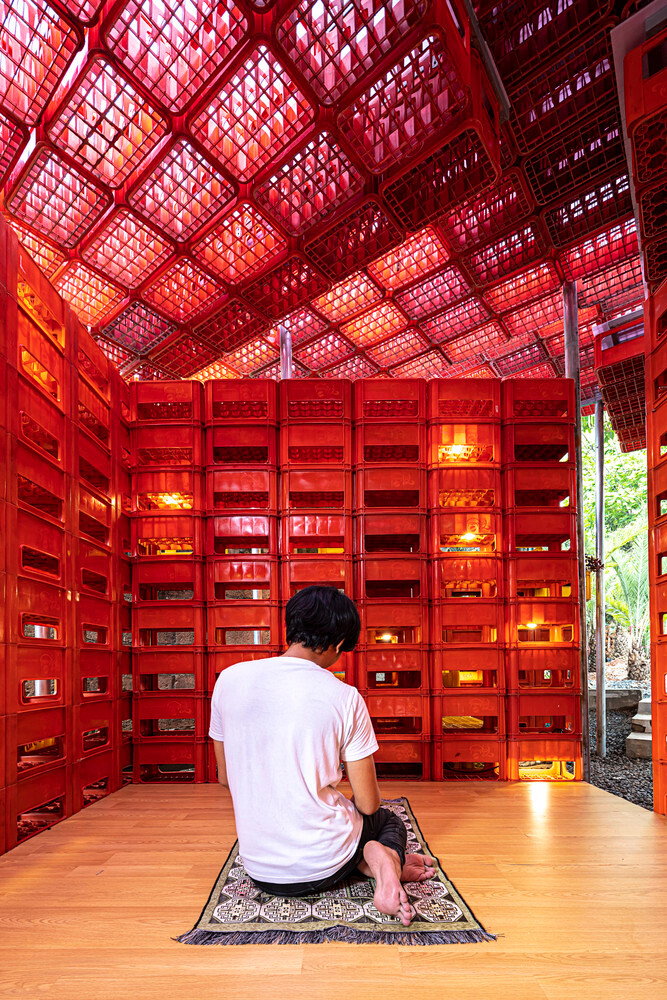 “This idea of Kotakrat representing the space of kindness was started in Indonesia, which has a high diversity. [Starting] by choosing the right user was one fundamental step to make a space of kindness sustain[able] and formed in the middle of society. The first form of the Kotakrat is a small mosque according to the needs on-site. The first goal is to make this system [sustainable] in some society by taking advantage of their needs. Because of its function as a prayer room, we made an additional roof by adding some columns and frames.” 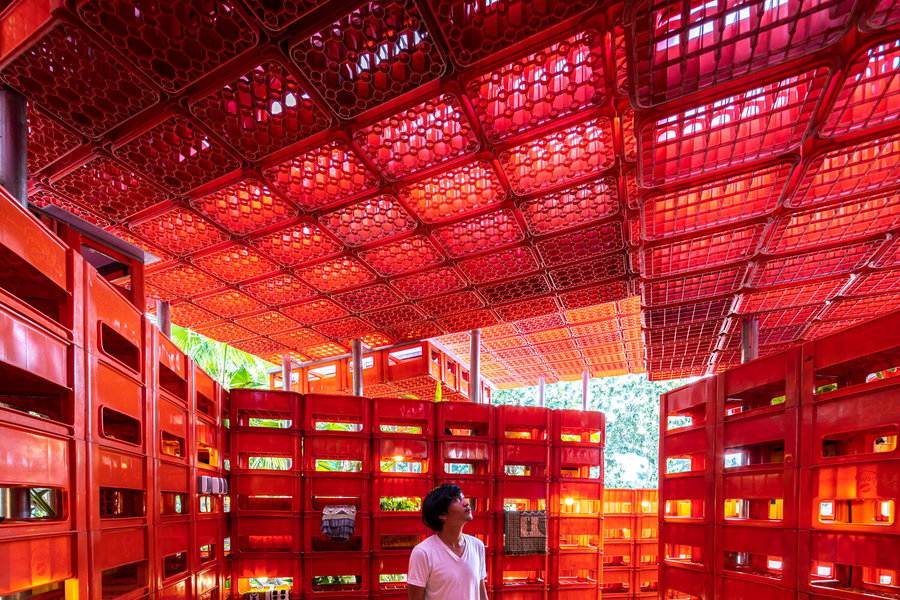 “A small mosque that appears in public space could [meet] a lot of Muslims’ needs, such as praying five times a day on wherever they are…This was one effort to make the space of kindness [sustainable] in society. Hopefully, by the time, this Kotakrat system could be accepted [and become a part of] society itself.”