“MPavilion,” the new pavilion in Melbourne by renowned architectural studio OMA, celebrates community and is intended to act as a cultural laboratory. Located in Melbourne’s Queen Victoria Gardens in the Southbank Arts Precinct, MPavilion takes the form of a floating roof with amphitheater seating underneath, designed to encourage discourse, conversation, interaction, and performance. The pavilion can be used as an event space or simply serve as a place to spend some time immersed in the park’s lush environment. Its design is a collaborative effort between Rem Koolhaas and David Gianotten, both of whom work for OMA.

The deep aluminum roof is a 19 x 19-meter rectangle with a series of waffle-like perforations along its edges and a central infill, the underside of which is made up of a grid structure that’s been fitted with rows of colored lighting tubes to illuminate the space below. Beneath the roof are two banks of tiered seating: one fixed into a planted bank along two sides of the pavilion, and another that can be moved as needed, allowing the ground plane to serve several different purposes. The seating itself is formed from a metal frame and timber planes on which visitors can sit, providing a nice visual contrast with the grayness of the aluminum roof overhead. 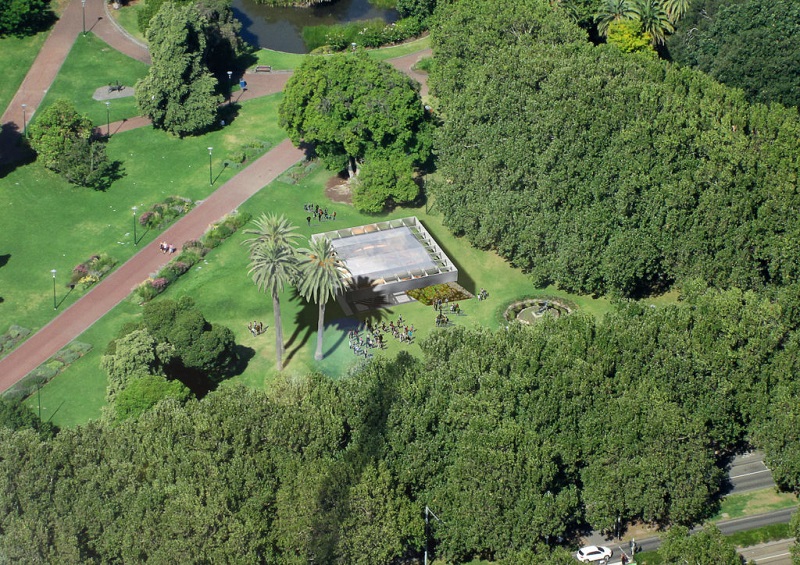 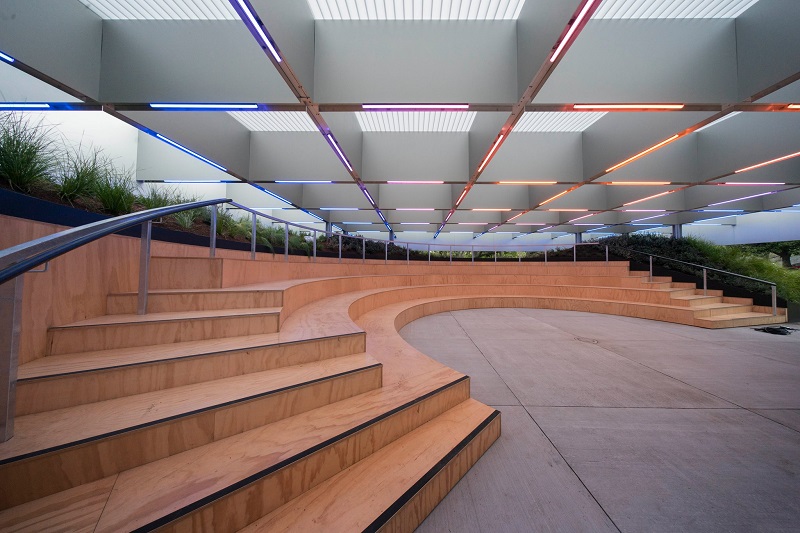 The planted mound surrounding the pavilion has been embedded with 12 different species of Australian flora to incorporate the area’s natural vegetation into the project. This green bank also provides a buttress for the roof, giving it solidity on one side while reading as being separate from the mound on the other, creating a visual juxtaposition of heaviness and lightness. 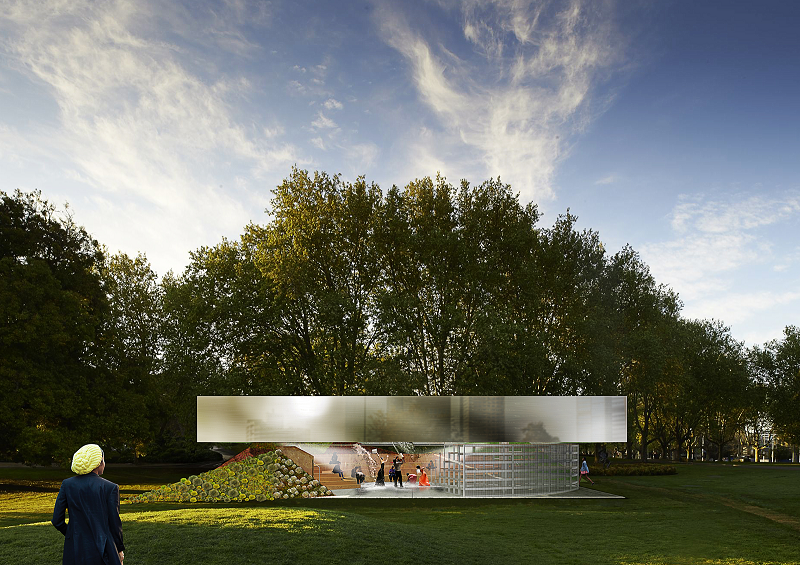 Speaking about the concept behind the pavilion, Koolhaas, a highly regarded architectural theorist and writer, says that Australia is the perfect place to create a space for the exchange of ideas, especially in the current climate of globalization, urban expansion, and city densification. He says that because ofmpa the huge concentration of people in urban areas, society as a whole risks losing touch with the countryside, which he sees as an integral and fundamental part of a fully-functional global entity. 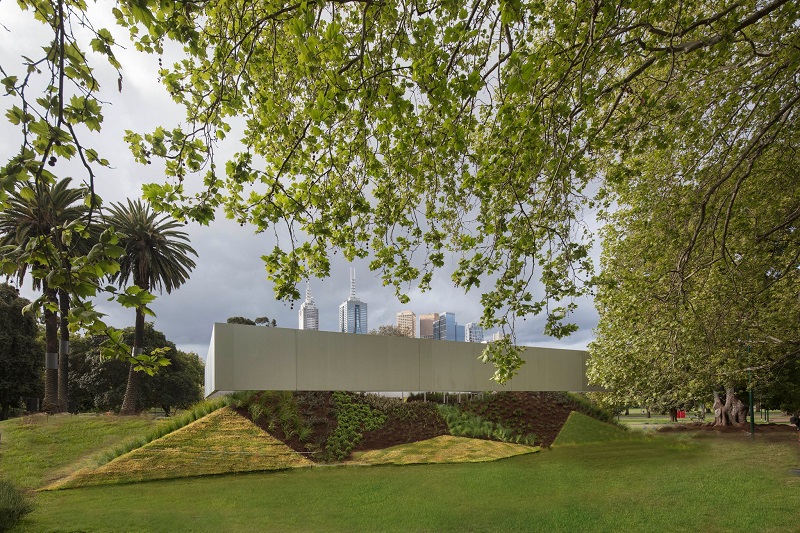 The increasing divide between city and country folk is having immeasurable effects on economics, politics, and culture all over the world, as seen in events like Brexit and the election of President Donald Trump, both of which occurred in large part because of a disenfranchised rural class who felt like they had been left behind. Koolhaas sees architecture as playing an important role in bridging the gap between these disparate sects of society, and he also notes that Australia is an ideal place to test this theory out, being that it’s a huge landmass and that large portions its population are spread out across rural areas. MPavilion is a place that offers people a place to come together and discuss these important matters. Koolhaas has long advocated for a “rebalancing of our attention spans,” or getting more city dwellers to focus on the countryside’s needs in order to regain balance in global society.