One of the single greatest advantages of computer-aided design in the world of architecture is being able to imagine the unimaginable. With a single click, entirely new landscapes can be created, and innovative designs that were previously considered impossible can be rendered and formulated. The scope for imagination and conceptualization in architecture is endless and constantly evolving, so it’s always exciting when something new and unique comes along that showcases that incredible depth and breadth that computer imaging can add to it. Such is the case with a theoretical new project by the avant-garde Austrian studio Morphtopia, which reimagines the facade of an iconic building in Vienna by Otto Wagner, a renowned 19th and 20th-century Austrian architect and urban planner. 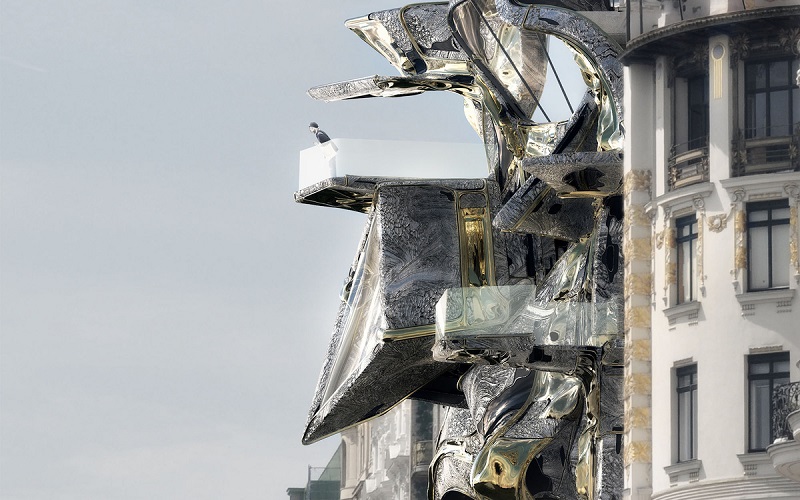 The project, entitled “LWZ 38,” sees Morphtopia taking a typical five-story building that exemplifies the Viennese model of “Jugendstilarchitektur,” a particular type of art nouveau architecture associated with the city, and transforming it into a disjointed and fragmented fluid form that deconstructs the traditional conception of a facade.

The studio has taken its cues for the overhaul of the front of the building from its internal ornamentation, something characteristic of the architecture from the this period and of Otto Wagner in particular. The use of gold, mirrors, and glass marks a departure for the Morphtopia team, who has extrapolated these elements to create a “tattoo” in 2D over the front of the building, which in turn has been extruded to produce 3D elements that deform the classical facade and wrap over the top of the structure to create a canopy for its rooftop terrace. 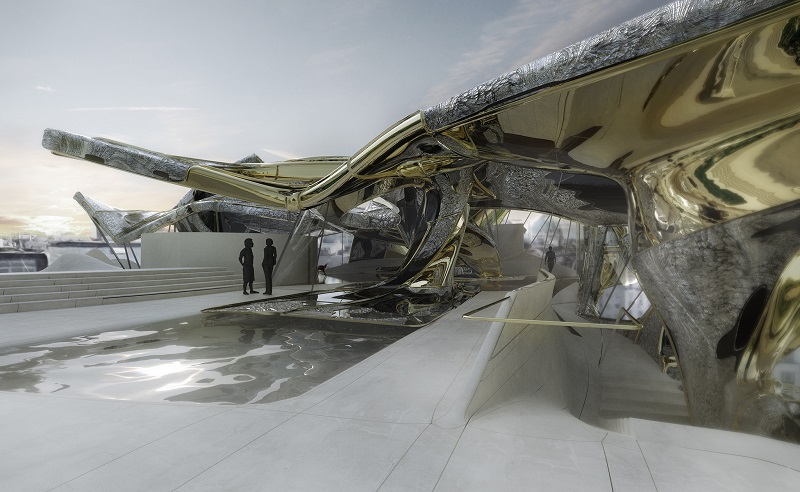 As we mentioned earlier, the 3D skin that envelops the building is a reinterpretation of its interior — one that provides a new way of perceiving the relationship between inside and out. Morphtopia says, “The new addition grows this way from the original decoration, becoming a spatial configuration itself. Endless golden lines run along distorted warped surfaces.

Grey-black metal panels separate high relief masses. The ornament is the generator of the new architecture.” The overall effect is somewhat chaotic but echoes the glamor and gilt of a golden era of architecture in a new and unique way. Although it may seem a little uncomfortable, there is an undeniable relationship between old and new in Morphtopia’s reinterpretation of this facade, which is empowered by the use of familiar materials to give it new meaning and life. 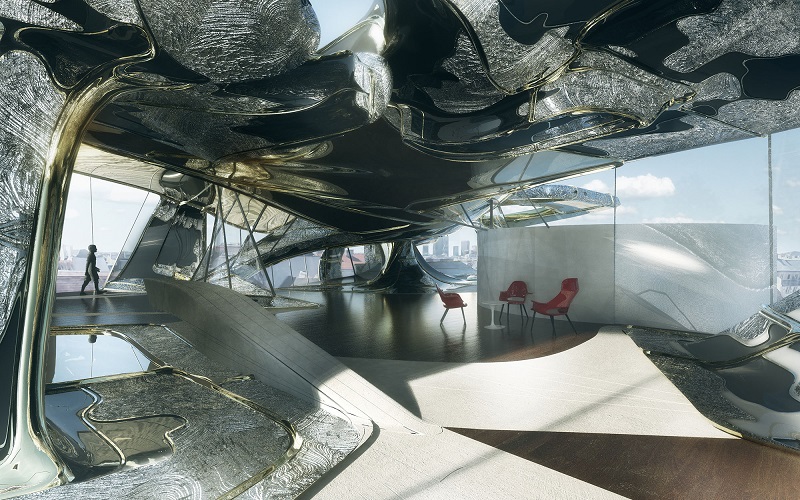 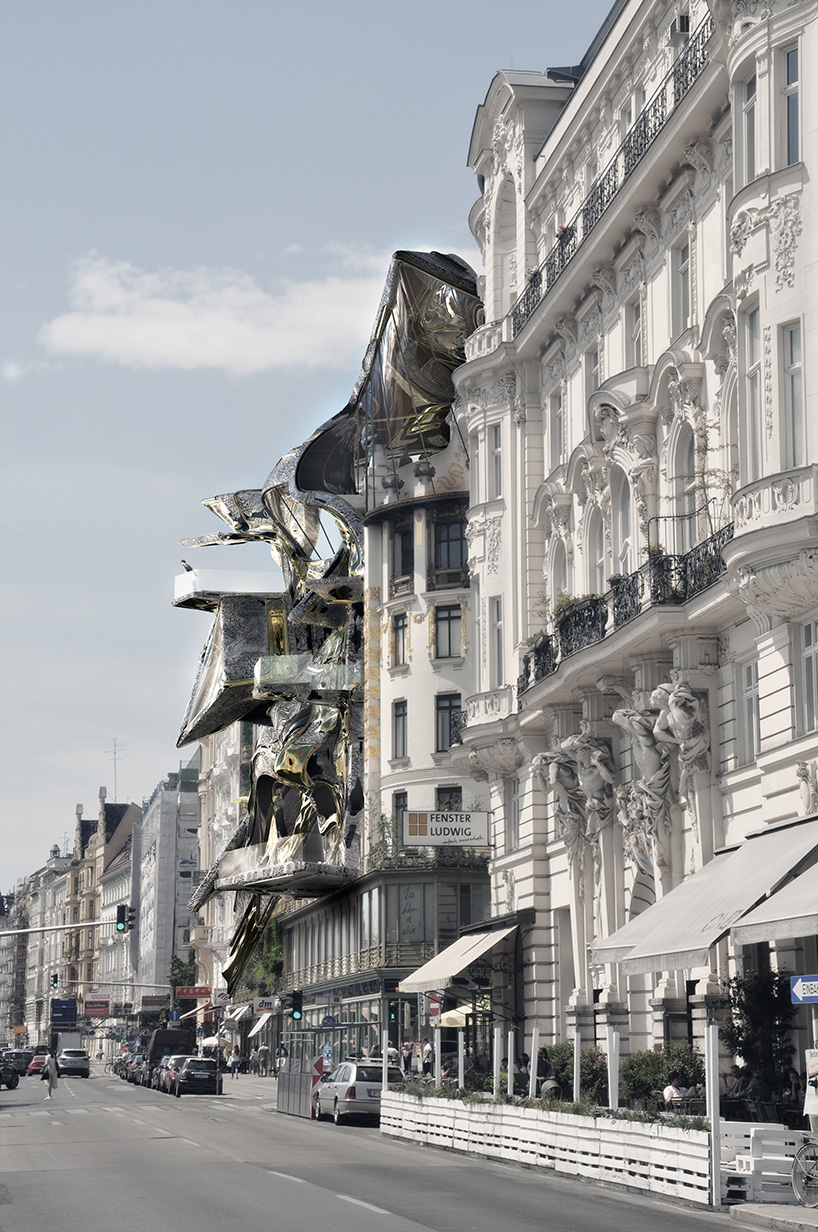 In terms of more practical concerns, Morphtopia has allowed for an entrance through a one-story extension of the original staircase. Three pillars allocate the private services areas of the building and connect the offset undulations of the roof with the floor.

“A lightweight glass construction separates the interior space from the pool, roof garden and terraces. On the south facade a series of balconies and cantilevered boxes expand the spaces of the old house,” the designers explain. While this project is only theoretical in nature, it allows us to better visualize the innovative ways in which contemporary architecture can engage with historic buildings.