Around 15 years ago, Mohamad Hafez arrived in the United States from Syria. The horrors of September 11th were fresh in everyone’s mind, and the mere sight of Islamic symbols and Muslim people struck terror in the hearts of many Americans. Few were willing to distinguish well-meaning members of the community from the extremists, and Hafez felt the full brunt of that burden. His early art was an emotional response to President George W. Bush’s travel restrictions on predominantly Muslim countries, which made it nearly impossible for him to visit his family and childhood home. 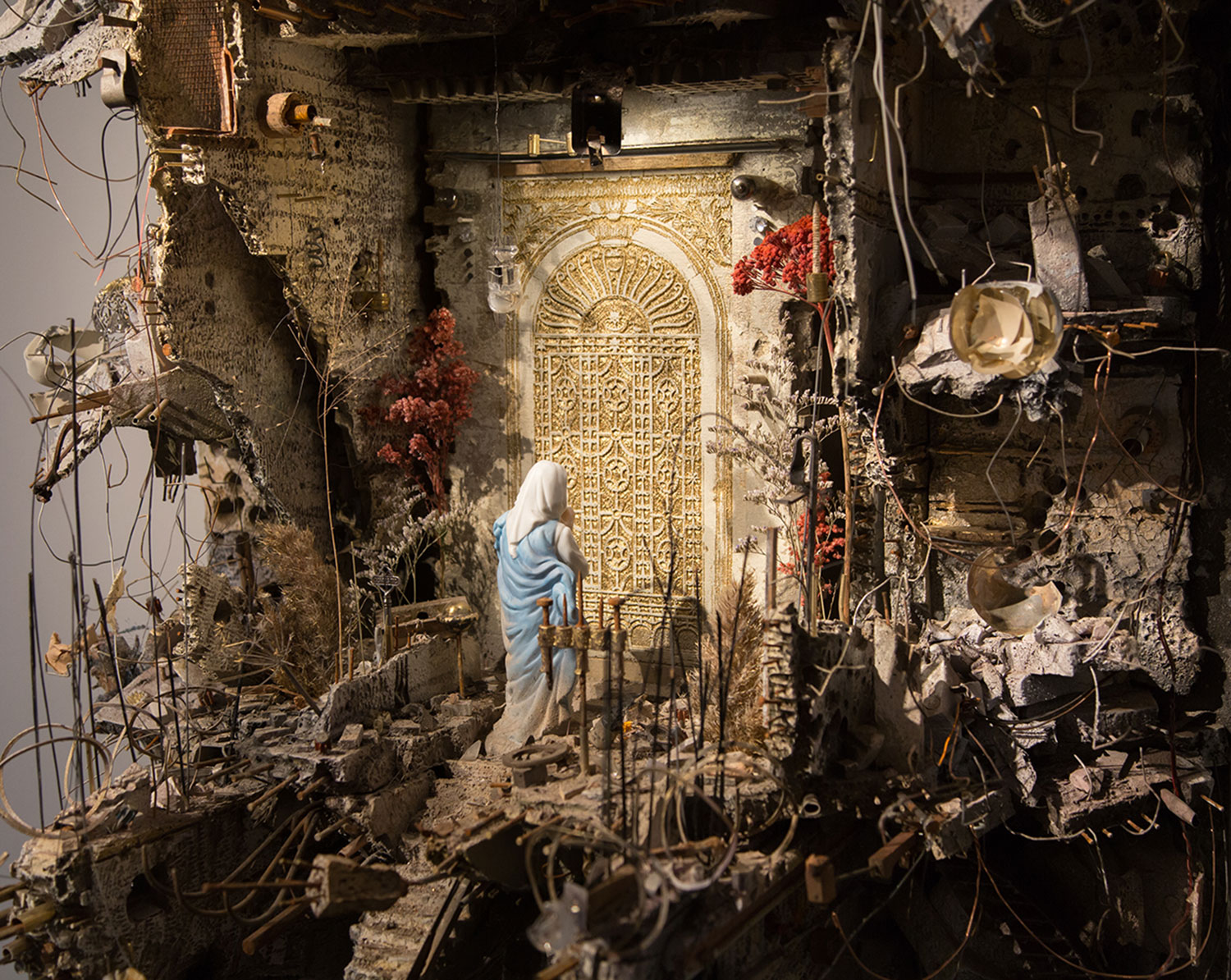 As the perception of Syria changed over the years, Hafez’ art mirrored those changes. No longer did his work graphically reflect anger and frustration, but instead focused on the things that were lost. Today, he uses art to “creatively weep” for the demise of Syria’s architecture and historic customs, citing in particular the obliteration of a 1,200-year-old minaret and the demolition of structures previously regarded with Vatican-like respect. “I feel it’s my duty to be doing this work,” he says. “It’s not a privilege. It’s not a luxury. It’s a duty.” 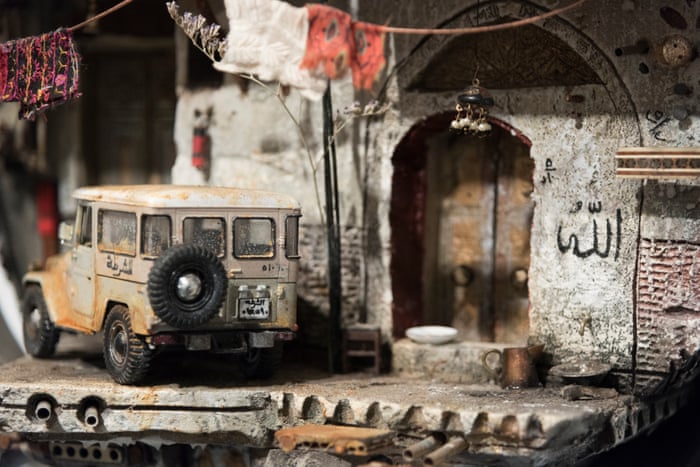 Despite their abstract presentations, Hafez’ newer pieces exude remembrance of his home country. One sculpture showcases a tiny porcelain plate that Syrian neighbors commonly used to send each other food, while another works in some of the textiles worn by the county’s Jewish residents. Even the Greek and Roman elements that embellish certain works can be read as reminders of Syria’s diverse cultural influences.

Besides occasionally reading historical passages on the plight of his people, Hafez mostly prefers to stay anonymous at his exhibitions. Posing as just another face in the crowd, he roams around the venue, catching visitor comments here and there and snapping photos on his phone. He revealed in one interview: “I don’t want to speak. If I speak — if I open my mouth that I am a Muslim, Arab, Syrian immigrant — some of my audience would have already judged me three million ways, and they might close their ears or their hearts to my message. But I let the work speak on my behalf and I be a fly on the wall.” 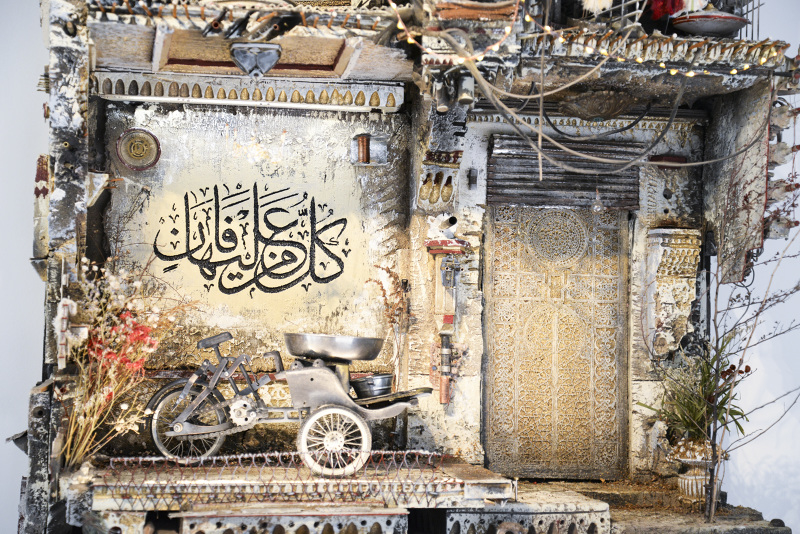 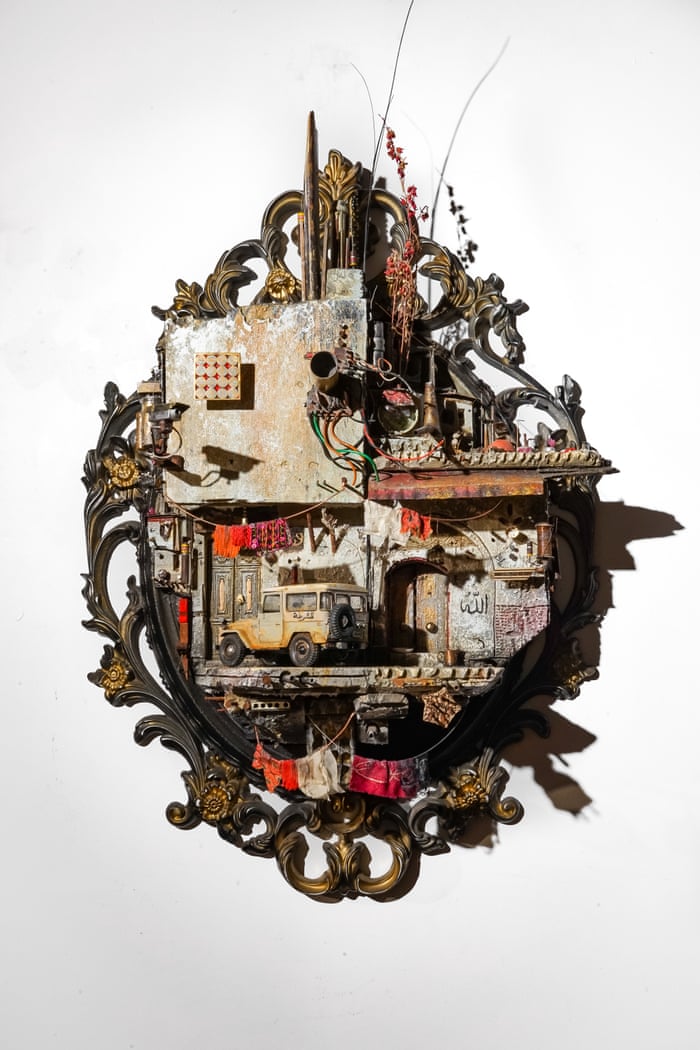 For all that anonymity, Hafez’s success cannot be denied. In the past few months, his work has debuted to great reviews at a myriad of locations, including Rhode Island, Washington D.C., Maine, Connecticut, and the United Kingdom. His show at the Brooklyn Museum in New York is still on display, running until January 13th, 2019.

“Who wants to be known as [successful] on the corpse of his own nation and culture?” He asks rhetorically. “I would throw all of that in the garbage in a heartbeat and get three hours of our life back.” 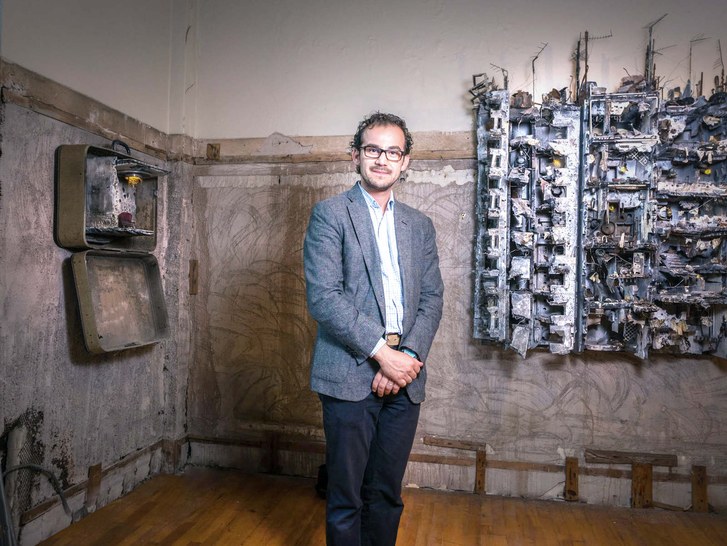 Like many of his fellow displaced Syrians, Hafez finds it highly unlikely that he will be able to return to his homeland anytime soon — if ever. Even sadder is that as the dreams of going home slowly fade, they’re replaced by lingering memories full of love, life, and laughter. As he puts it: “You cannot format your heart and forget the past.”