It’s not exactly polite to buy a plot of land in a historic neighborhood and build something that sticks out like a sore thumb, having almost nothing in common with the houses around it. But that doesn’t mean you have to conform to the existing architecture, either. London architect Alex Michaelis of the firm Michaelis Boyd found a happy medium by incorporating common materials and shapes of the area into his playful, creative dream home. 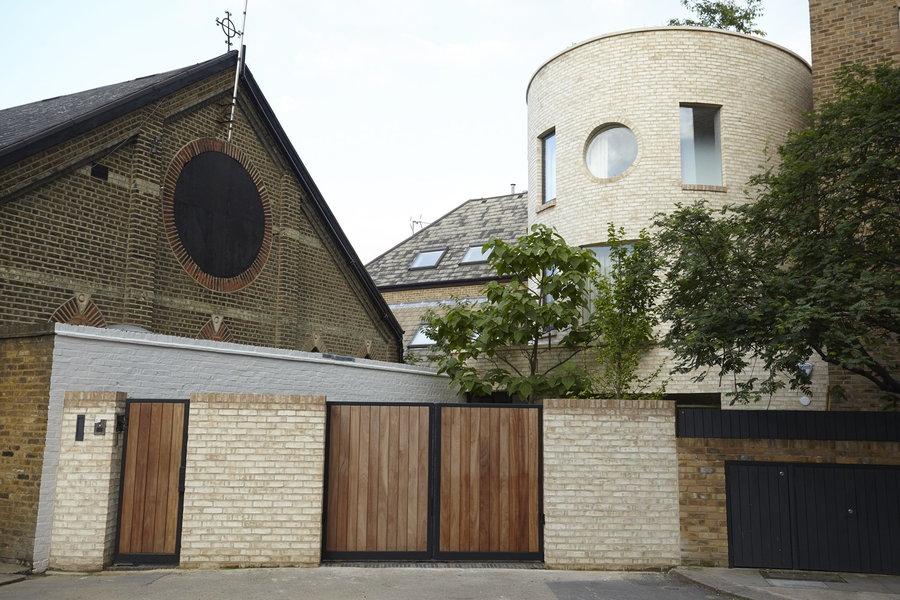 Michaelis was initially approached by a developer to help design something to take up a challenging long and narrow site on Blythe Road in West London’s Hammersmith area. Back then, the only thing on site was a dilapidated garage the would need to be demolished. Though he had already designed his own home in Oxford Gardens, something about the plot spoke to him, leading him to eventually purchase it from the developer himself.

Because it’s so narrow, and the neighboring houses rise so high on either side, Michaelis knew that getting enough daylight and outdoor space would be challenging with a conventional layout. On top of that, the planning permissions called for a conventional infill house, but the architect saw potential for something a lot more fun. He imagined what it might look like if he played with unexpected shapes, drawing the boundaries of the house away from the neighbors slightly without compromising square footage. 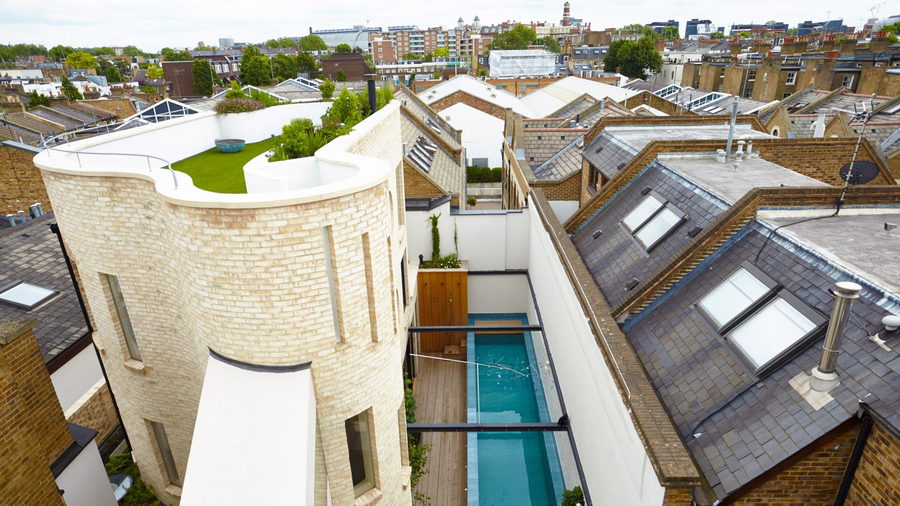 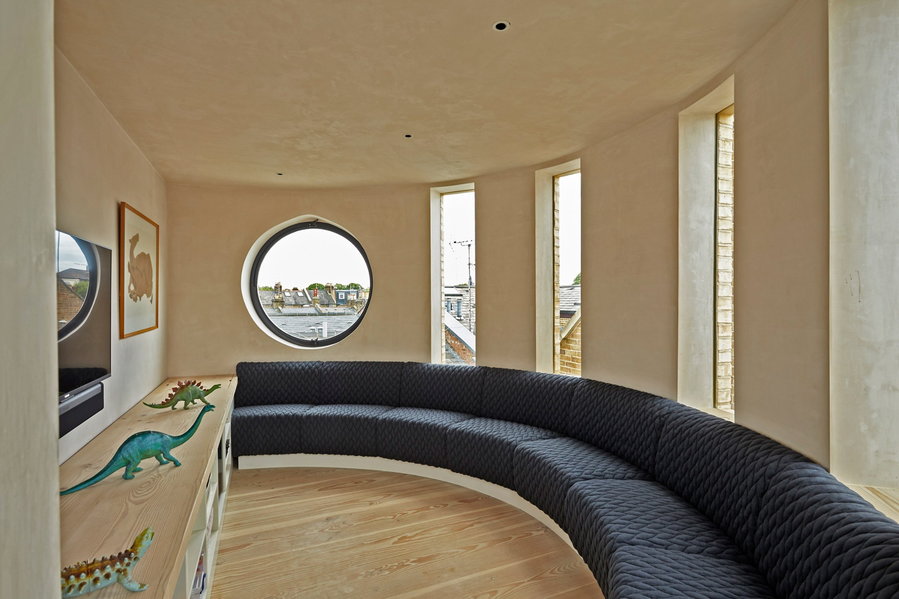 The result almost looks like a modern castle on an urban scale, with turret-like rounded forms visible from the street. He chose to stick with brick to complement the architectural vernacular of the area, but in a lighter, softer tone, and mimicked the variety of window shapes seen on the houses of his neighbors. The home’s rounded walls also allow sunlight to come in from multiple angles all day long, on all four sides of the property.

Just past the wooden entrance gate, the front volume contains the home’s common areas, with sliding glass doors opening out onto the deck and swimming pool. A connecting bridge leads to the second volume containing bedrooms. Both structures have their own rooftop gardens overlooking the city. 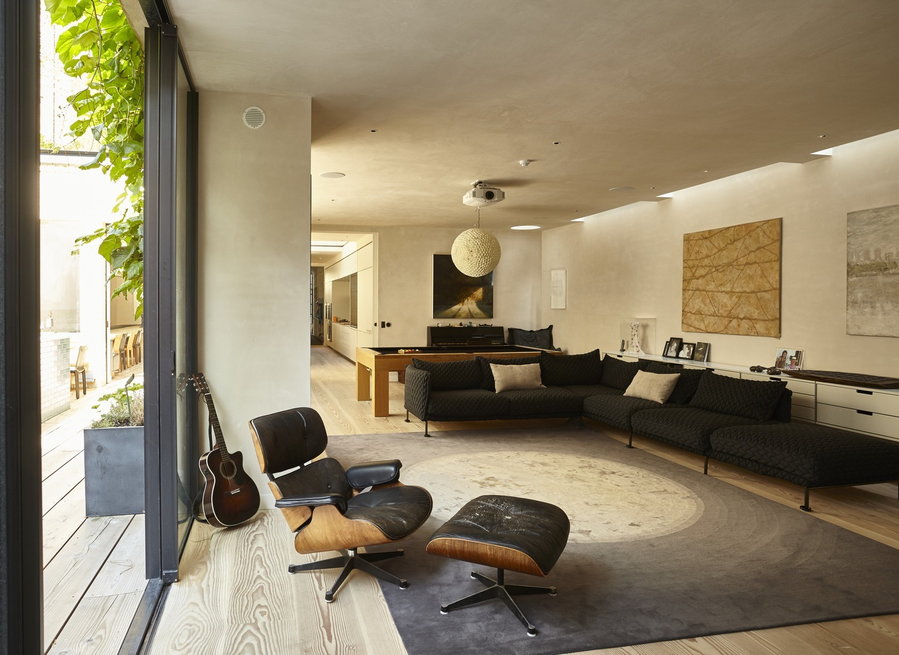 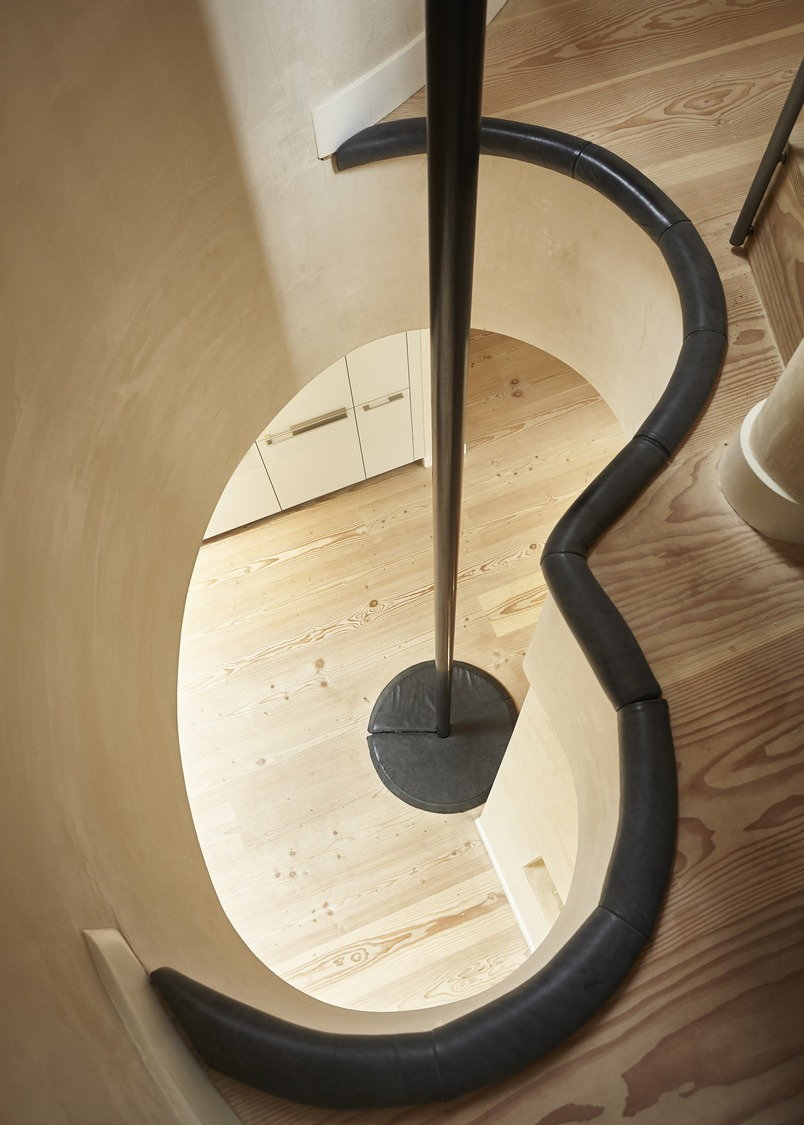 It’s common for residents of packed urban neighborhoods to worry about what will happen if an empty or non-residential lot next door is sold. After all, you never know what’s going to go up. It could easily be a monstrosity of a bland condominium tower that suddenly crowds your own home, blocks your access to daylight, and dominates the entire block. Michaelis’ design not only satisfies his own desires, it also avoids casting shadows on those of others.

“The Round House is a new build eight-bedroom, four-bathroom residential project on the site of a former MOT [vehicle safety test] center,” explains the firm. “The house uses traditional building materials whilst showcasing modern design, demonstrating that new builds can be imaginative and family homes need not sacrifice style. Maximizing light was key to the design, so the building was pulled back from the neighboring walls to allow light to seep in to all four sides.” 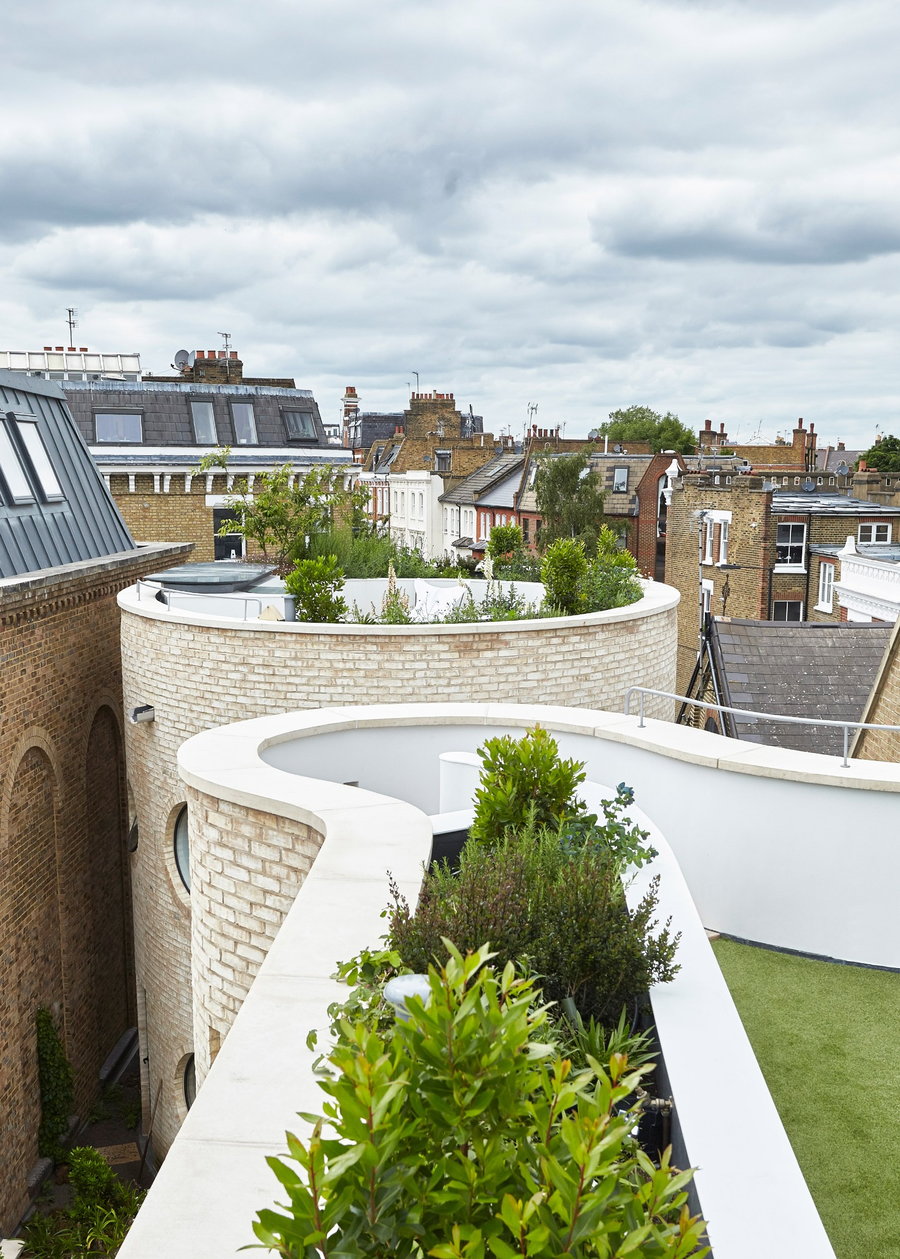 “From slides and a pool to hidden areas and a fireman’s pole which mischievously connects the ground and first floor, there are plenty of playful details that elevate the project to a truly bespoke piece of residential architecture.”