Electric and driverless cars are quickly becoming the future of the automotive industry. It seems like every week now there are new announcements of futuristic models that will no longer require gas or people to operate them. Going beyond personal vehicles, there has also been talk of driverless buses, trains, and trams. In that vein, British automotive designer Jonny Culkin has devised a new kind of public transport for people living in London — one that would provide an alternative to the iconic “Tube,” which is known for the aloofness of its passengers and its absence of connection with the world above. 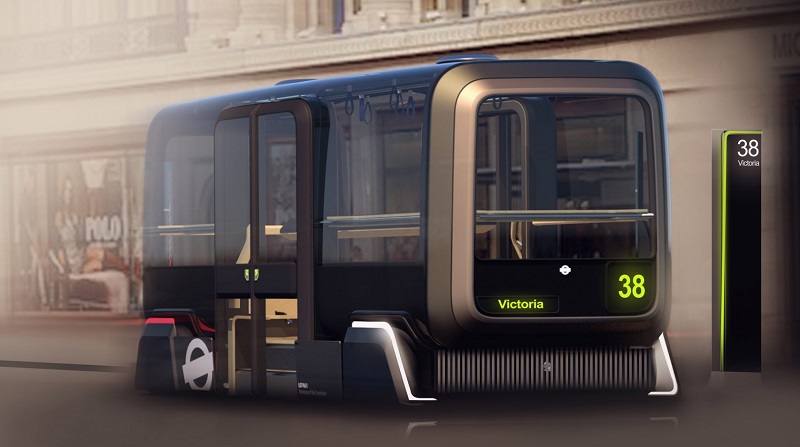 Culkin’s new creation is a small-scale version of London’s famed Routemaster bus, which has earned a place in cultural and design history thanks to its hop-on, hop-off feature (something that is often characterized by the opening at the rear of the bus). The original Routemaster was out of circulation for many years, until it was given a new lease of life by the famed British designer Thomas Heatherwick a few years ago. Culkin’s design takes the concept of the Routemaster and reimagines it for a public that has lost touch with its surroundings after years of commuting on the London Underground. 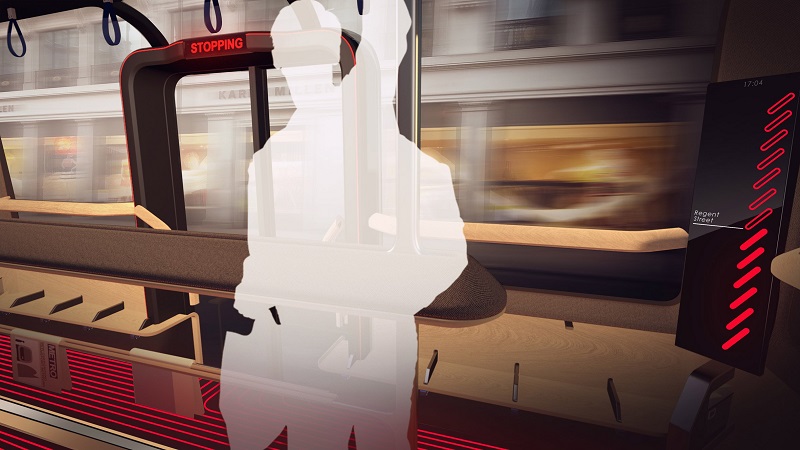 Culkin’s “Mini Routemaster” would be a self-driving pod that takes the rectangular form of a bus but is much smaller in size. Deeming his creation “technology with a friendly face,” the designer feels that Londoners would be more comfortable boarding a new type of vehicle if its presence was at least somewhat familiar. Something that’s too futuristic might be initially off-putting to travelers, he argues. The vehicle would have large areas of glazing all around it to allow passengers to see where they’re going and experience the city in a more connected manner, rather than being shuttled underground from one place to another and then spat out in a completely different context, as can happen with the Tube. 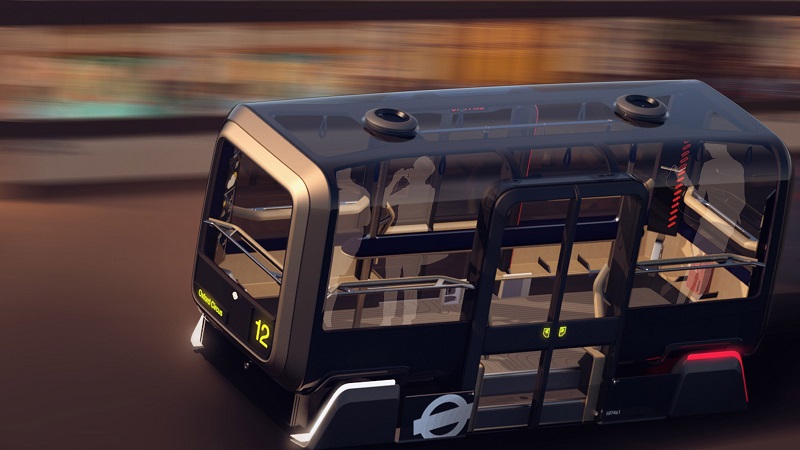 Structurally, the vehicle would be made up of a carbon-composite internal frame enveloped by a glass-like polycarbonate outer shell. The Mini Routemaster would be powered by a battery pack on its underside, which would allow the cabin to be smaller, as most conventional vehicles need significant space in the front for the engine. Eliminating the need for the engine would also free up more space inside the vehicle and permit more passengers to board at one time. 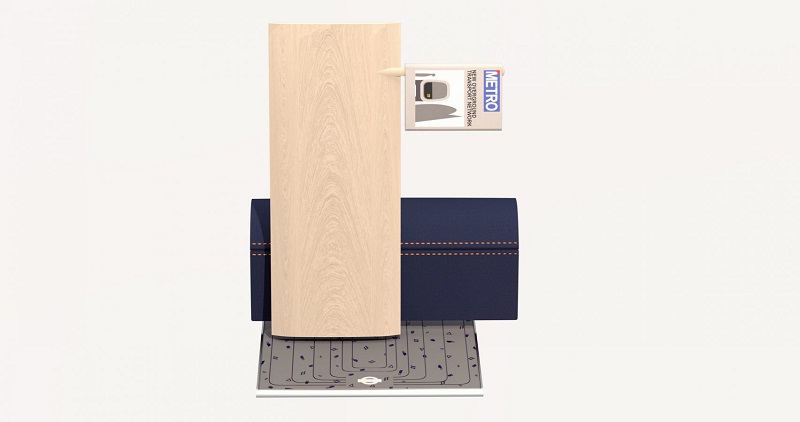 To make the vehicle even more sustainable, the Mini Routemaster’s poles, railings, and shelves for baggage would all be made from recycled newspaper waste — an important feature considering the fact that London controversially produces nearly 10 tons of paper waste a day. Seating would be made from durable Kvadrat fabric, and the floor surface would be made of a material reconstituted from recycled teabags. 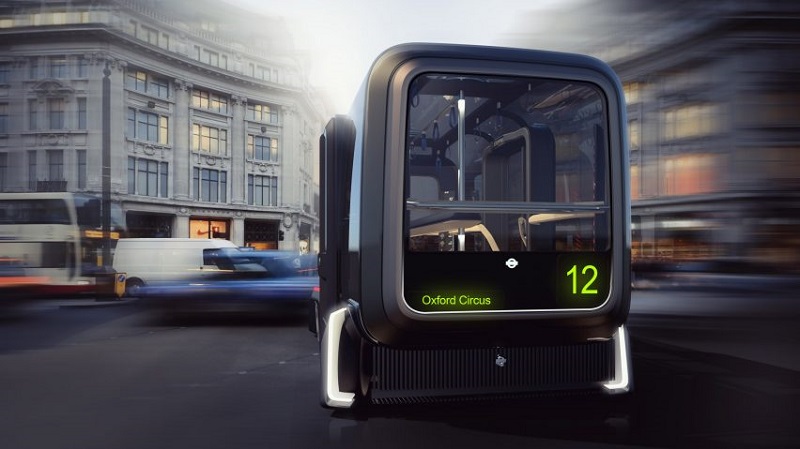 The designer says, “Autonomy and electrification offer the chance to create new types of transport and experiences; there hasn’t been such a technological shift since we first went from horses to cars. It’s a chance to reimagine public transport so its better suited to a more human-centric city — one that is less congested, greener, and generally a better place to be.”