For those who want easy access to fast transportation everywhere they go, a Chinese designer has conceptualized a mini electric scooter that can fold down to a third of its size for ultimate portability. 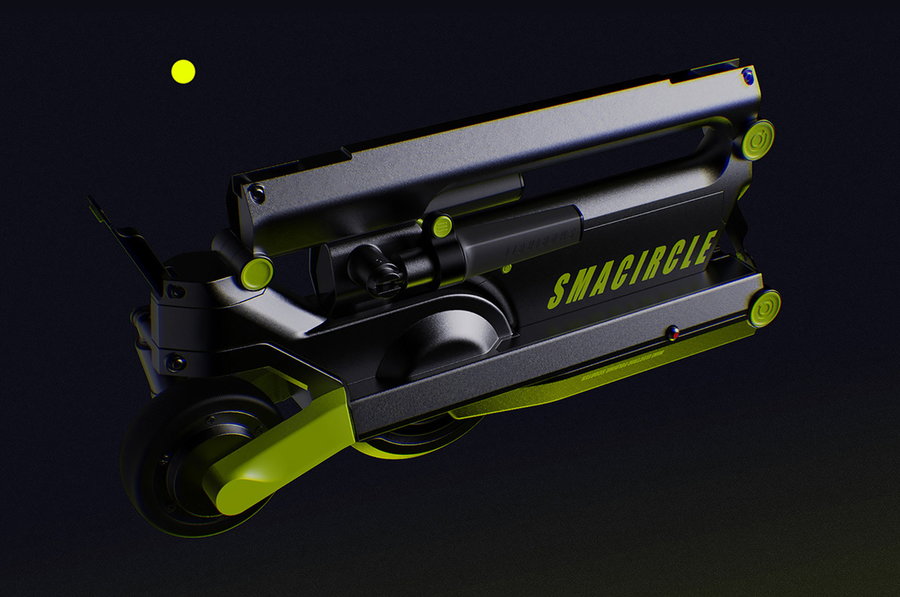 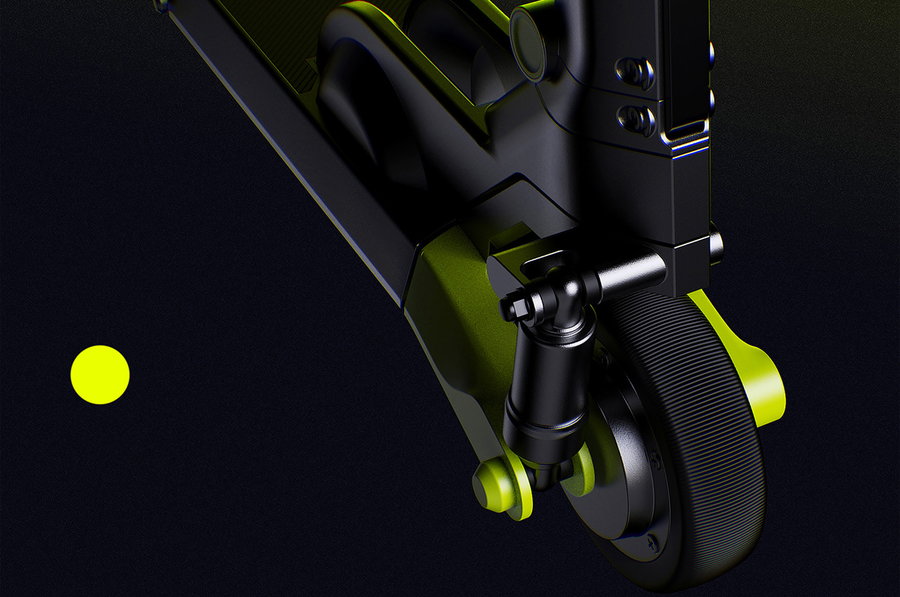 Likely taking cues from Smacircle, a company that produced a popular electric folding bike, industrial designer Rice Mak showcased plans on Behance for a “Mini Folding Electric Scooter” under the company’s name that would fit right into their repertoire. 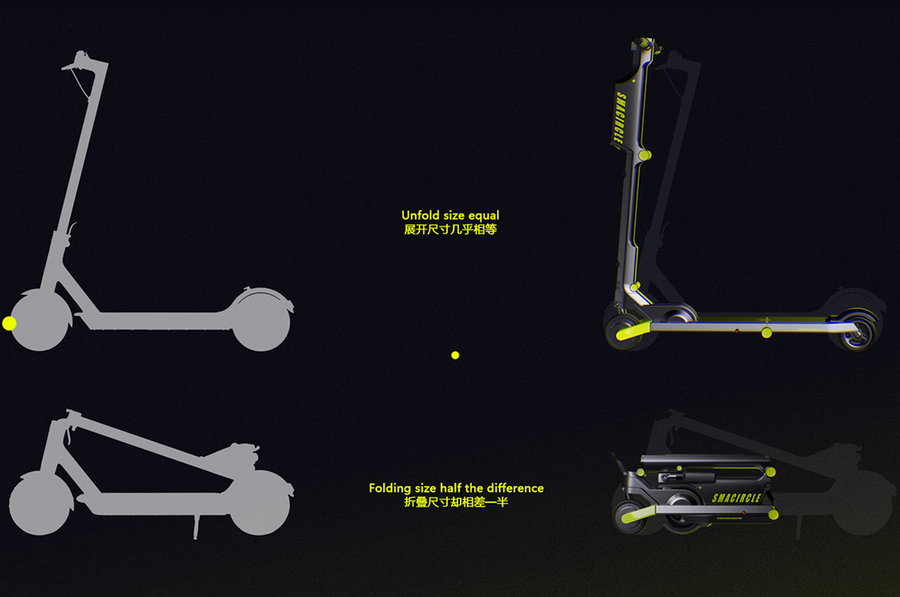 The actual Smacircle electric Folding Mobility bike can fold down to about the size of a tennis racket and weighs just 15 pounds. It can run at a top speed of roughly 13 miles per hour and carry someone weighing up to 220 pounds. While those specs are impressive, Guangzhou-based Mak seems to have invented an even more compact mode of transportation that could be that much easier to carry around. 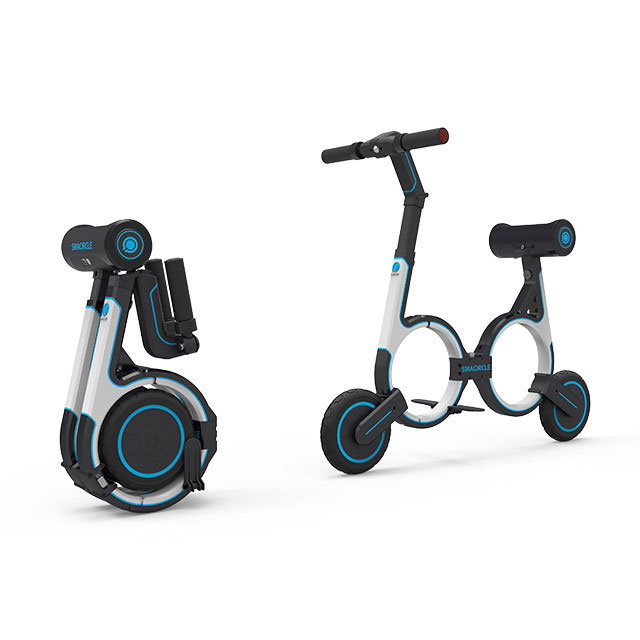 Mak says he was trying to solve the “last kilometer” problem when creating this concept. In most large urban cities, car traffic is horrendous, so many residents or commuters rely on the well-linked subway systems instead. However, data shows that the average distance between each subway station and the riders’ destinations is still approximately one to two kilometers (0.6 miles to 1.2 miles). Having a foldable electric scooter would make things a lot easier for these people, allowing them to easily carry it onto the subway and unfold it outside for quick use. Owners of the Smacircle scooter could also head into the bike lane, avoiding foot traffic while still keeping up with vehicles in their path. 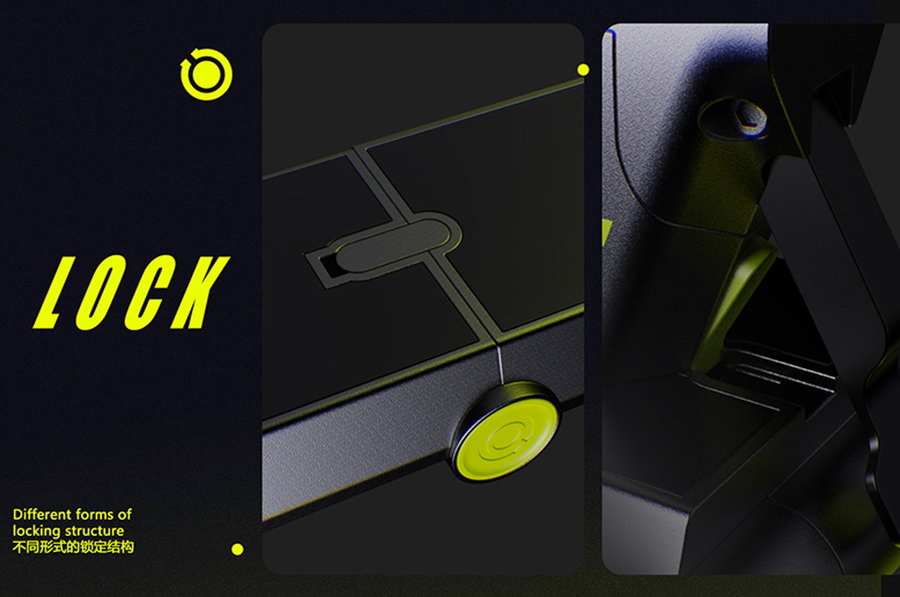 Thanks to the scooter’s three hinge points (one on the foot plate, one at the front wheel, and one in the hand support bar), it could then get folded down to be stored away at the office or in a backpack. Images give us a better look at just how narrow the scooter’s build is, and the folded size looks to be no more than about two feet, maybe less.

As an added benefit, the e-scooter’s schematics also highlight built-in shock absorbers, making for an all around more comfortable ride and enhancing its maneuverability. 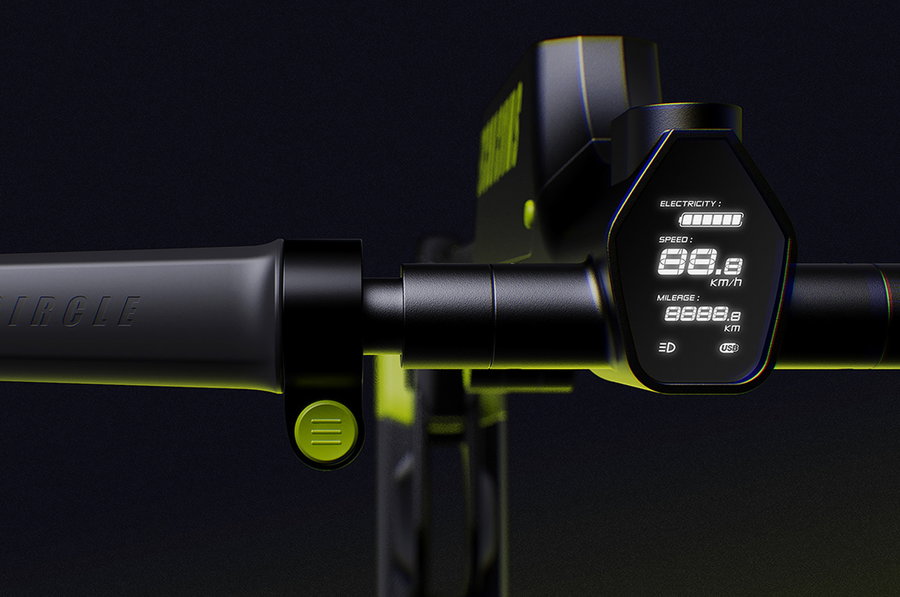 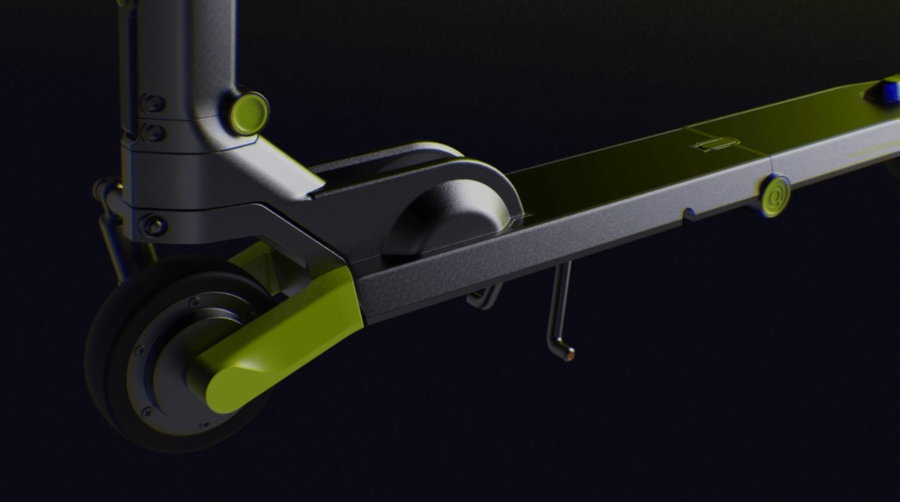 To measure speed, battery life, and mileage, the Smacircle scooter plans call for a digital display panel on the handlebars. A USB socket is also included on this panel so you can easily charge your devices on the go. And for safety, the scooter also boasts a pair of powerful high beam headlights to help riders navigate dark city streets. Finally, a kickstand makes it easy to keep the scooter upright when not in folded mode.

While the designer (also a self-described graffiti artist) doesn’t give specs on the speed or weight of this folding scooter concept, if taken on by Smacircle, it would likely have similar measurements to their folding e-bike, which itself has a rechargeable lithium battery that can travel 13 miles on a single charge. And of course, it’ll still provide faster transportation than walking even when the battery runs out, as it can always be used as a traditional kick scooter. 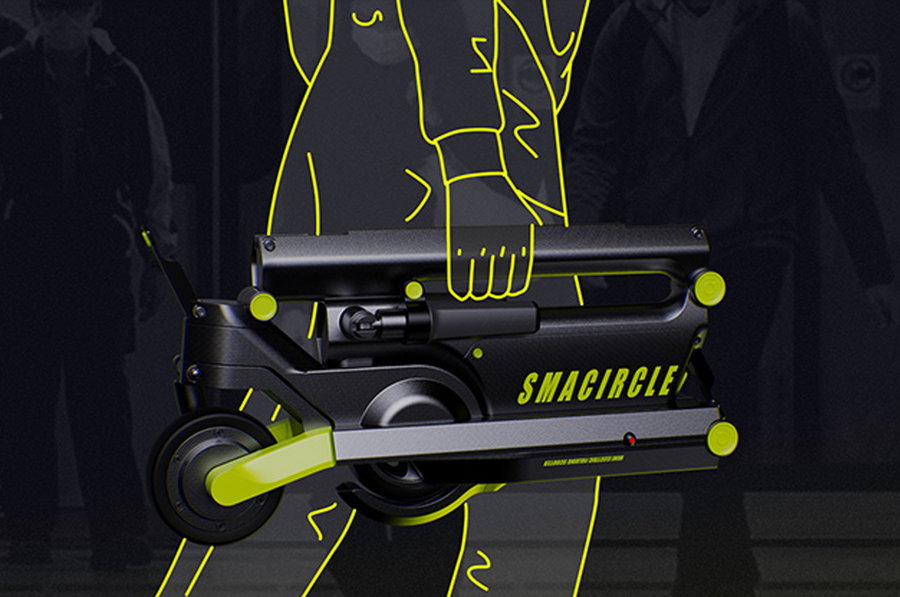