When a series of sea-themed murals popped up in nearly a half dozen English coastal towns, locals suspected they could only be the work of one artist: the elusive Banksy. As it turns out, they were right. After a week of speculation, the Bristol-based graffiti artist claimed responsibility for all ten new images throughout Norfolk and Suffolk with a post on his website entitled “A Great British Spraycation,” a play on the word staycation. Brits are still limited from traveling outside the United Kingdom due to COVID-19 laws, and Banksy’s new series includes imagery that encourages finding the fun wherever you happen to live. 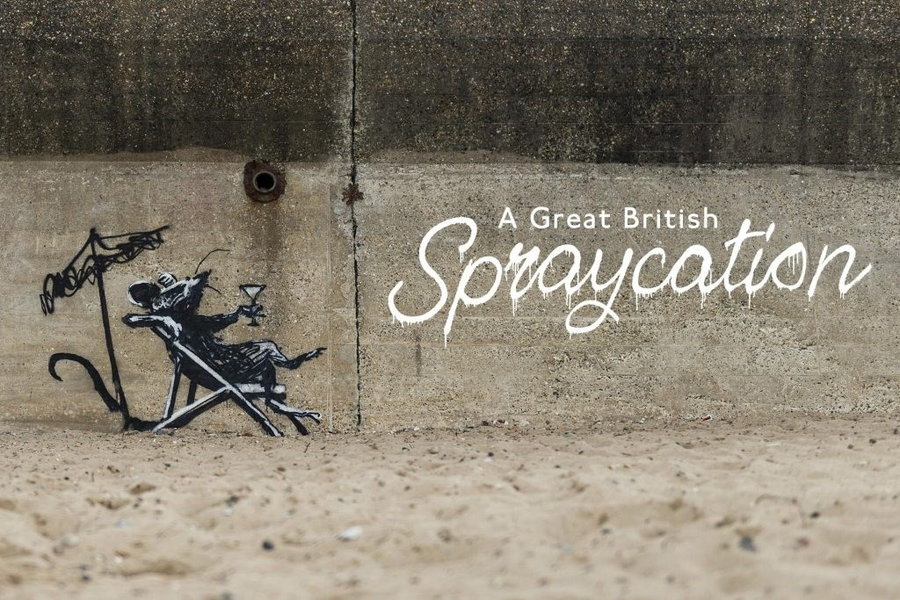 Banksy also posted a short film to his Instagram depicting his seaside tour in an aging camper, as he painted his signature stenciled murals on brick building facades, beachfront retaining walls, and other urban surfaces. The tone of the works range from lighthearted to slightly political, and one even consists of a brand new sculpture dropped into a town’s miniature village. 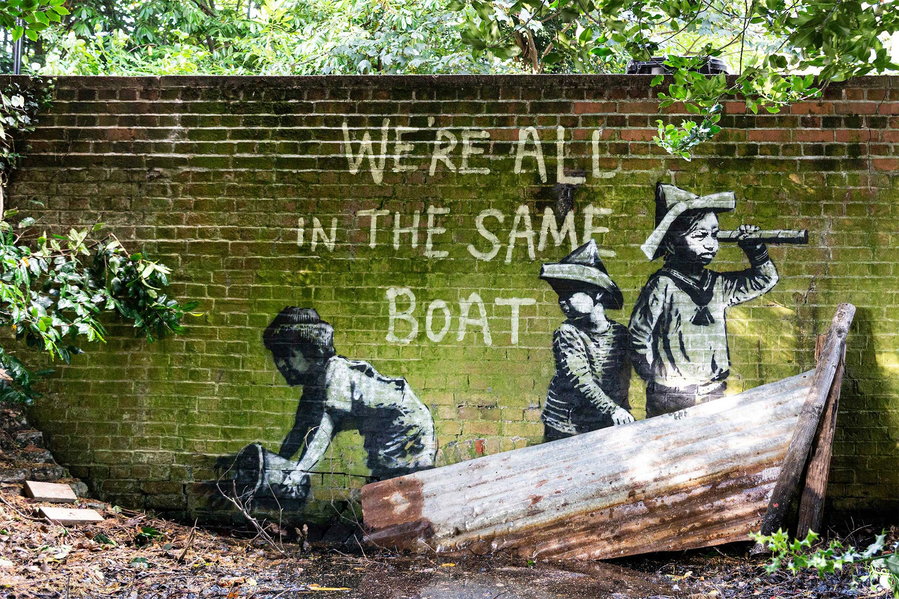 In Suffolk’s Nicholas Everitt Park, three painted children play in front of a storm drain alongside the words “We’re all in the same boat.” The work initially included a crude boat sculpture made of found objects, but the local government removed it due to concerns that it could block the drain during heavy rain. 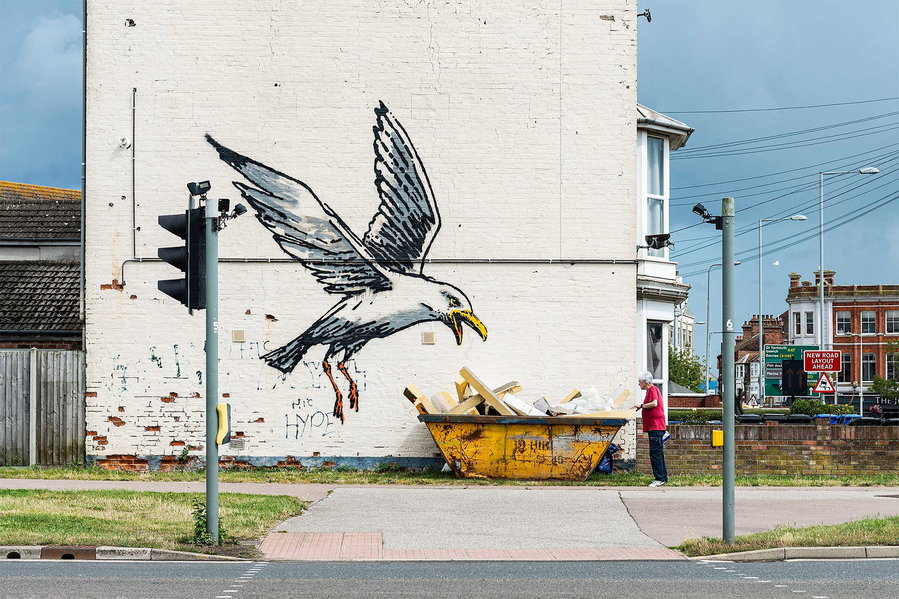 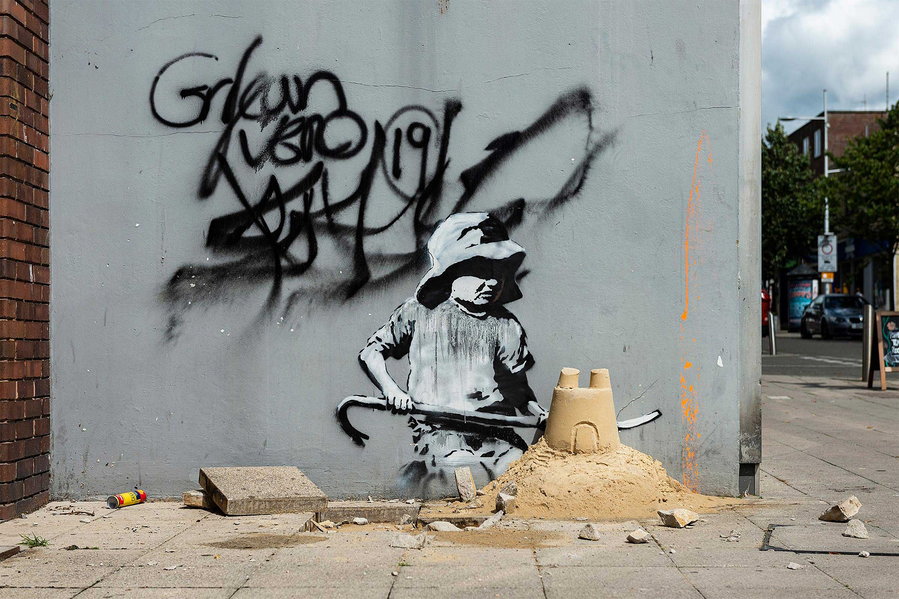 In Katwijk Way, Suffolk, a seagull appeared on the side of the house, appearing to zoom in for a bite of trash out of an adjacent dumpster. In Lowescroft, a child with a crowbar sits beside a sandcastle in one work, while a rat leans back in a beach chair drinking a cocktail in another. 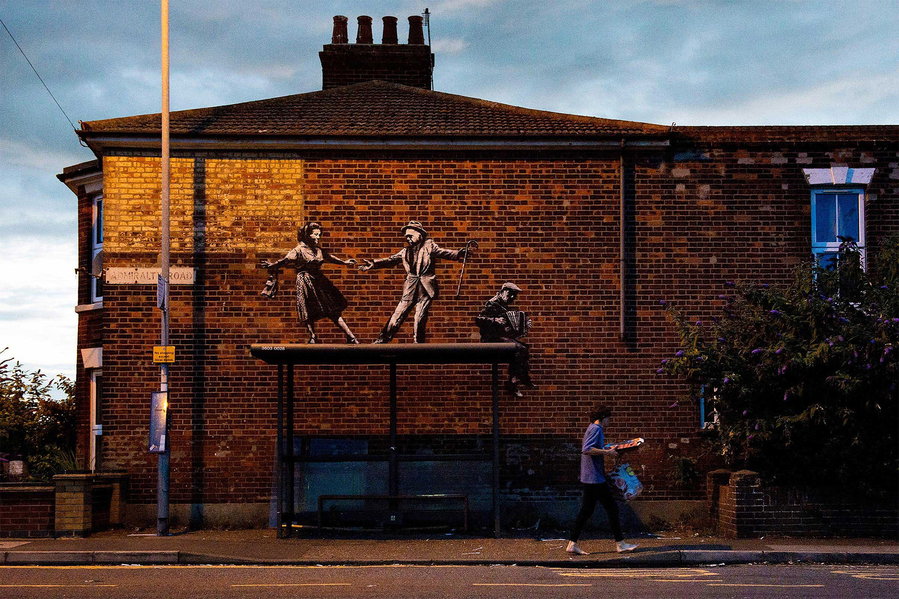 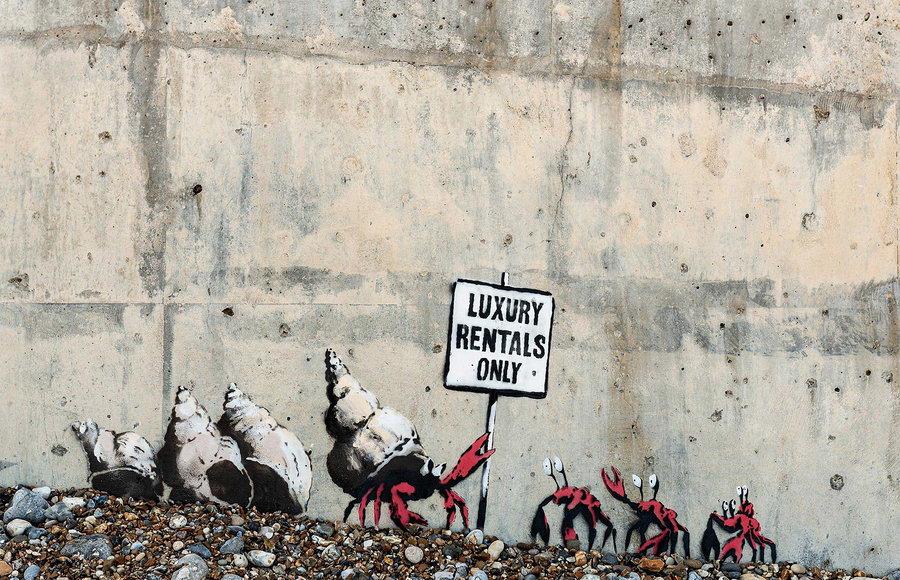 In Norfolk, three people dance and play accordion atop a bus shelter on Admiralty Road, and an arcade-style grabber reaches down to a bench at the beach. A sea wall in Cromer, Norfolk features a group of hermit crabs, one holding a sign reading “Luxury rentals only,” apparently a commentary on the contrast of high-end rentals and homelessness in the area. 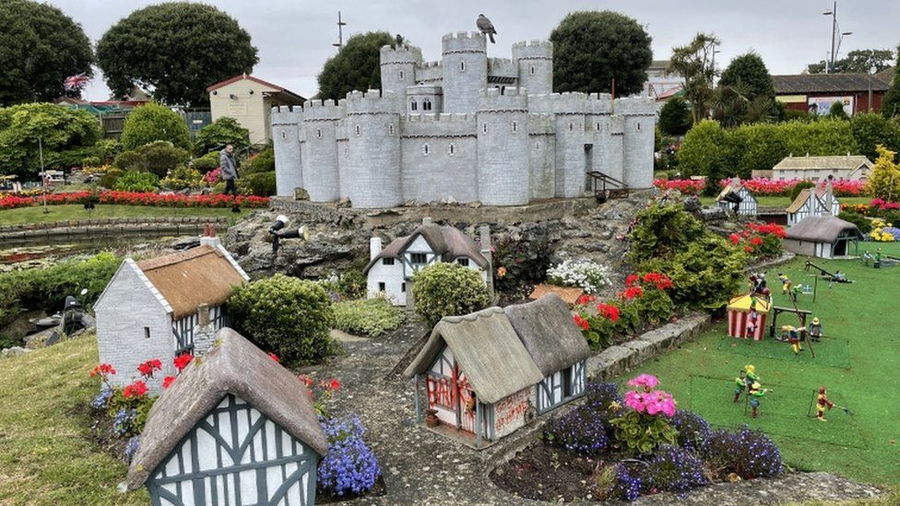 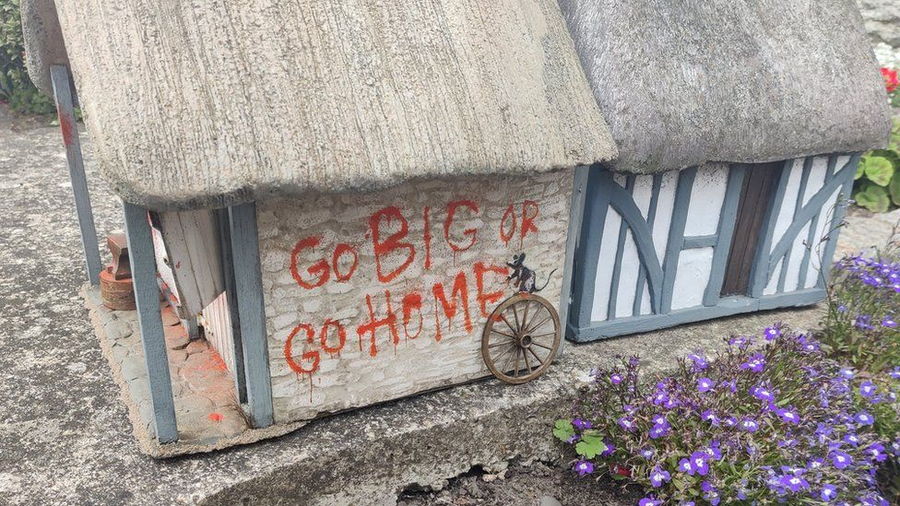 In Great Yarmouth, the Merrivale Model Village got a surprise addition with Banksy’s own stable added to the scene. The miniature stable is graffitied with the artist’s name along with the tagline “go big or go home,” along with a rat doing a cartwheel. 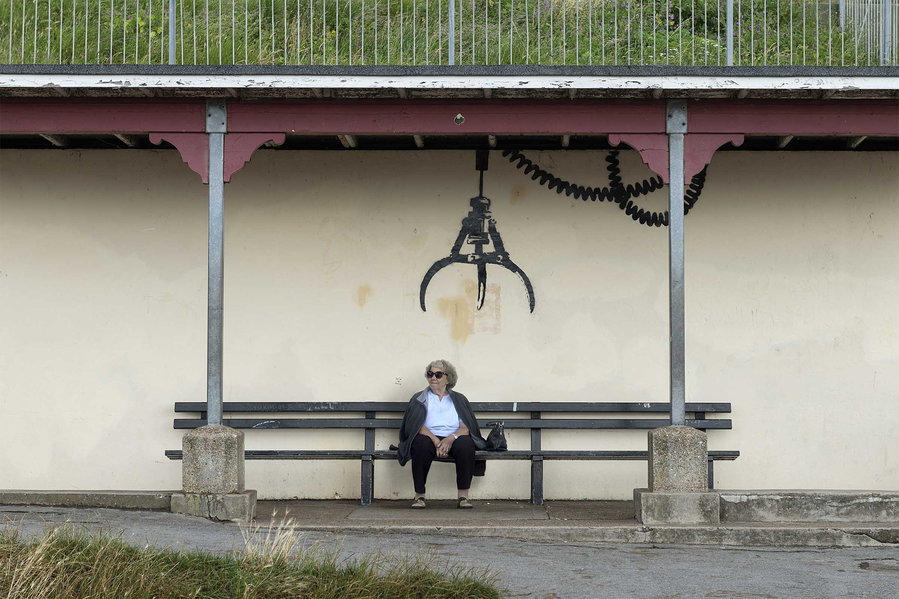 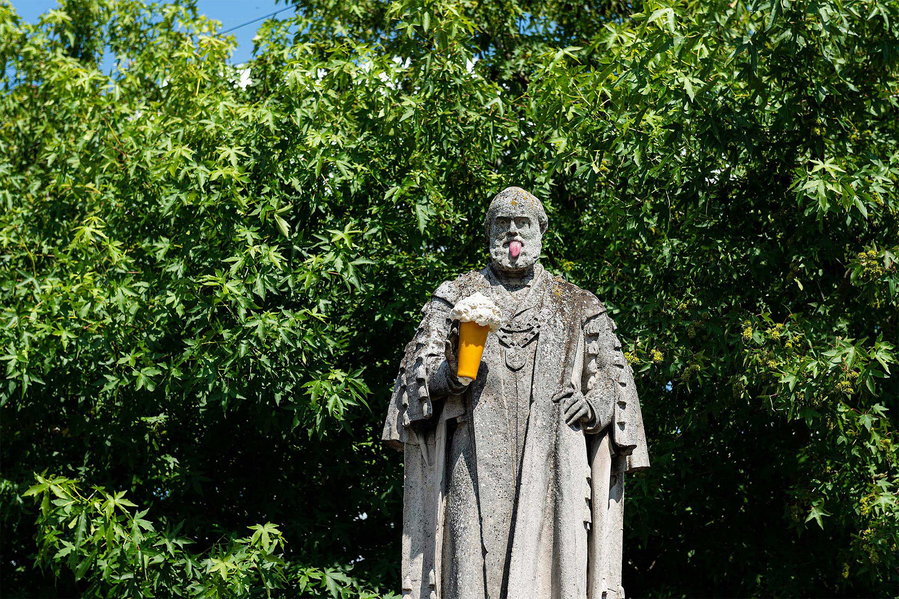 Other works include an inflated raft floating away in the air with children dangling from it, painted outside a manmade pond in Gorleston, and a humorous addition to a statue of engineer and former mayor Frederick Savage in Guanock Place, King’s Lynn. The statue got a new pink tongue and an ice cream cone made of expanding foam.

Soon after they appeared, several of these works were vandalized. The rat was painted over, and jokesters added some spray-painted teddy bears beneath the arcade grabber. The Great Yarmouth Borough Council removed the inflatable raft image because it hit a little too close to home after the death of a three-year-old child from a burst trampoline on the same beach in 2018. The local councils rushed to protect the other works to prevent additional damage, covering them with clear plexiglas and in some cases hiring temporary security staff to keep watch. The miniature building was moved to a “safe location” and replaced with a replica. 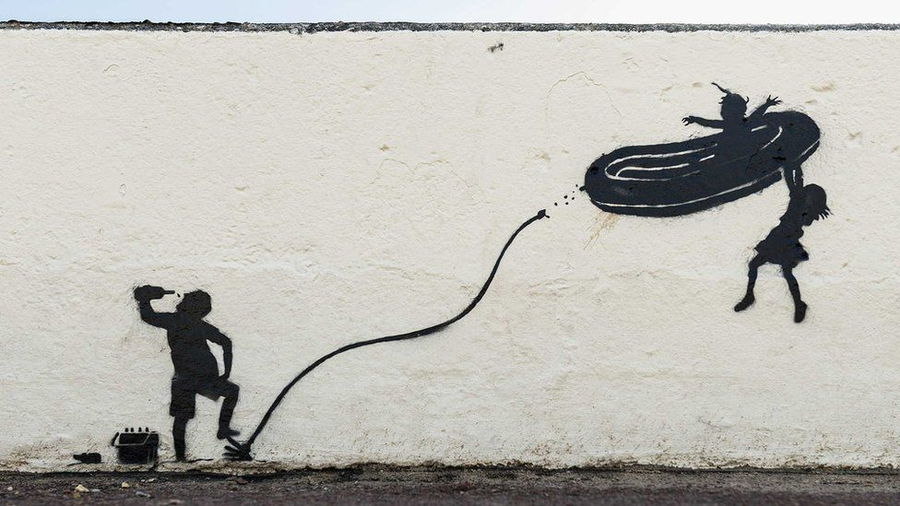 It’s not unusual for Banksy’s works to be defaced or even chipped off and sold at auction, often by the owners of the buildings upon which they’re painted. In some cases, art dealers and collectors approach the owners and ask to remove them, like a Torquay hotel wall piece recently freed from its concrete wall with an angle grinder for John Brandler, who has previously paid six figures for other major Banksy murals.