In Los Angeles, so-called “TikTok collab houses” tend to be palatial rented mansions, chosen to serve as ostentatious backdrops to the social media content of their internet-famous residents. They’re typically bland, style-wise, but full of amenities like photogenic swimming pools and enormous kitchens (all the better for producing non-stop content for TikTok, Instagram, and YouTube). 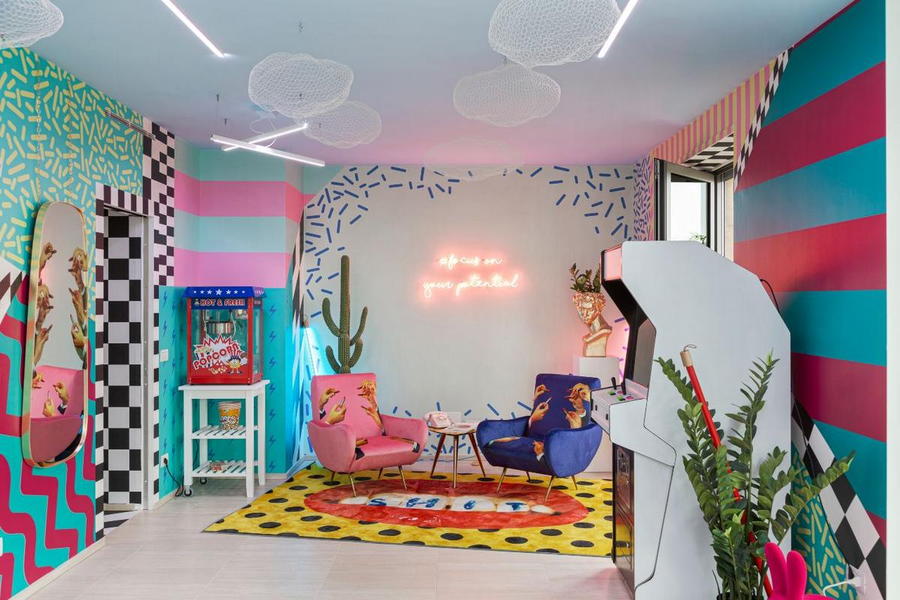 But across the Atlantic, in Milan, Italian TikTokkers are doing things a little differently. “Defhouse” is a 5,380-square-foot penthouse decked out in colorful Memphis Design-style decor. Currently housing eight up-and-coming social media stars between the ages of 16 and 20, Defhouse was created by the digital company Web Stars Channel Group (WSC), which specializes in strategic marketing for influencers. 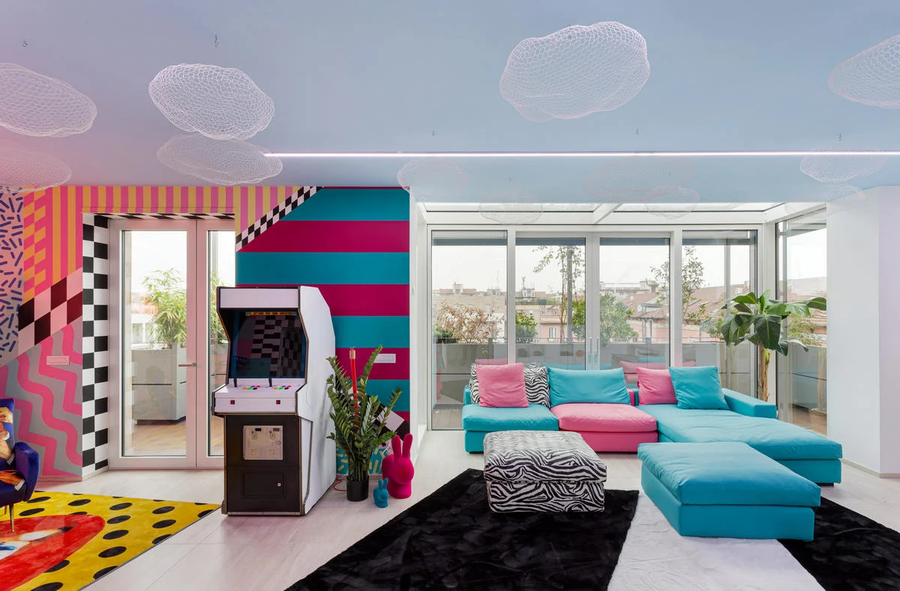 “The Collab Houses all around the world have a very similar style: very soft, very enlightened, with a few objects and a few colored elements, making the social connection to the person and not to the space,” says Giuseppe Greco, artistic director of WSC. “We wanted to do the opposite: we put in a lot of color, and a lot of elaborate patterns that maybe create confusion, but make the contributions unique.” 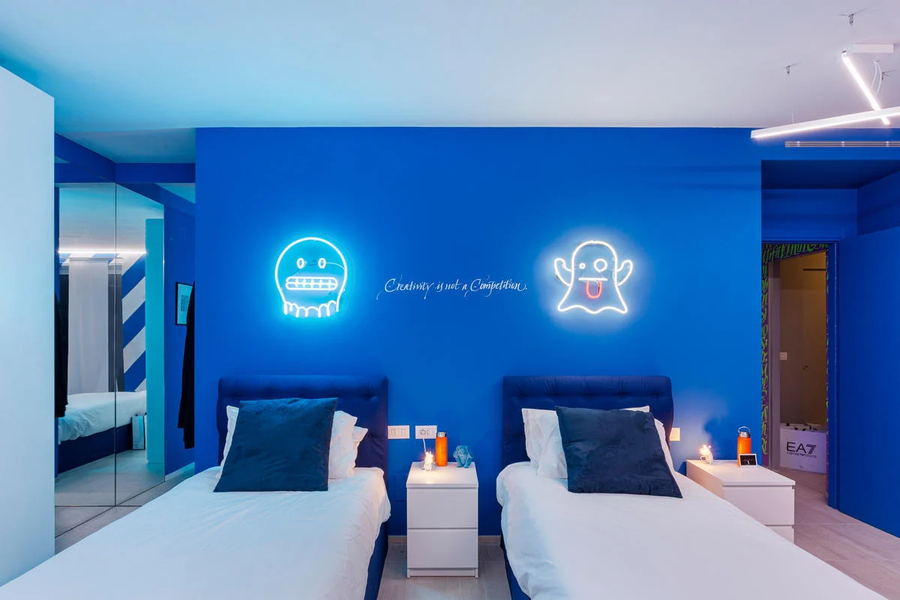 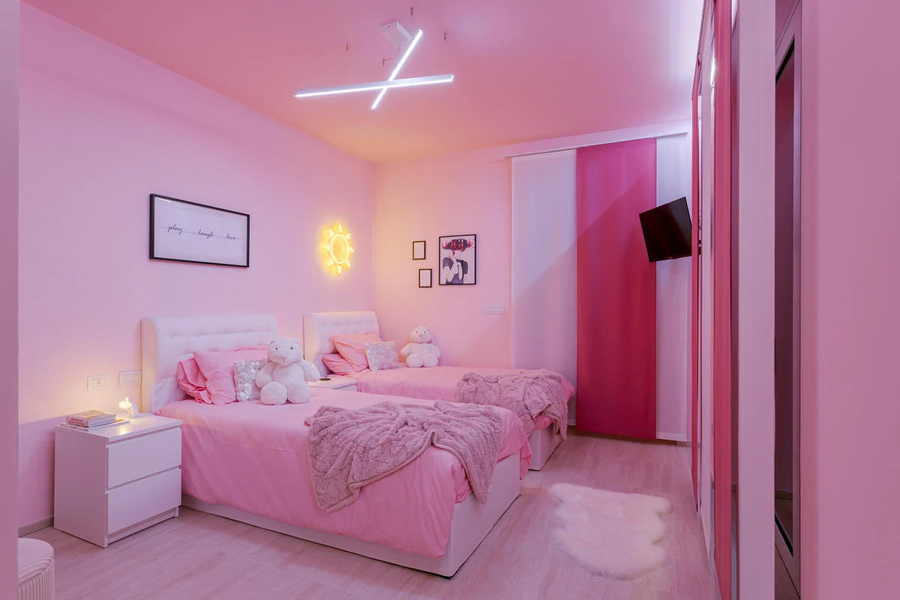 There’s nothing subtle about Defhouse. Virtually every surface is splashed with vivid contrasting patterns and eclectic objects, from neon ghosts above the beds to calligraphic glow-in-the-dark hallways. Cloud-shaped lighting hangs above the retro mishmash of the living room. Doodles are scrawled across the surface of every drawer and cabinet in the kitchen, where residents walk on a mural of the sky while gazing up at another mural of vegetables. Some of the patterns seen on the walls come straight from the work of Ettore Sottsass, founder of the design collective Memphis Group.

Does this mean Memphis Design, the postmodern Milanese movement that began in 1981, is popular with teenagers? Not necessarily, though it is making a comeback in the wider world of design. Art director John Pentassuglia says the concept was borne from the idea that young influencers are “children of pop,” and WSC wanted to take some of those jarring, offbeat, and irreverent influences and reinvent them for a new generation. The result feels a little frenetic, reflecting the fast-paced nature of digital content and viral fame, but Defhouse residents seem to love it. 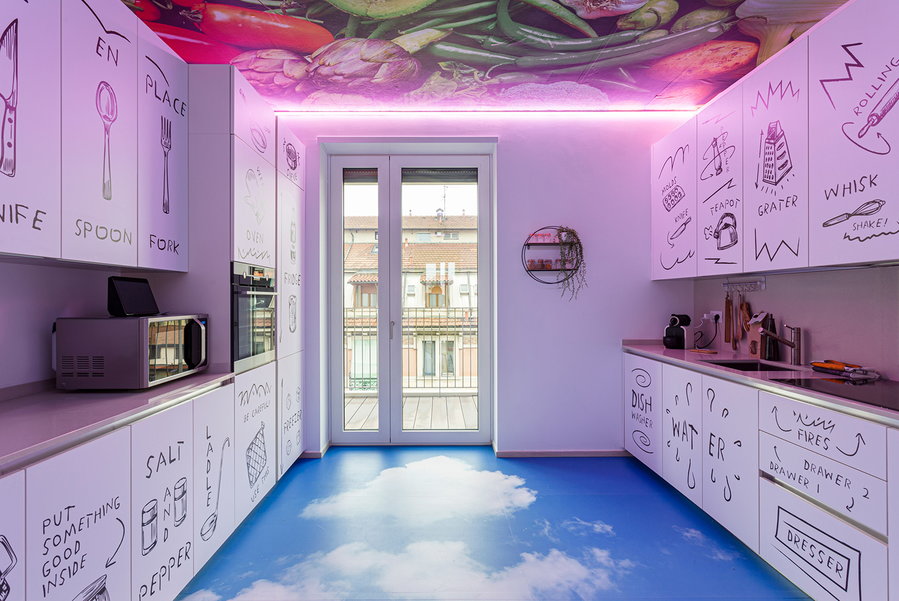 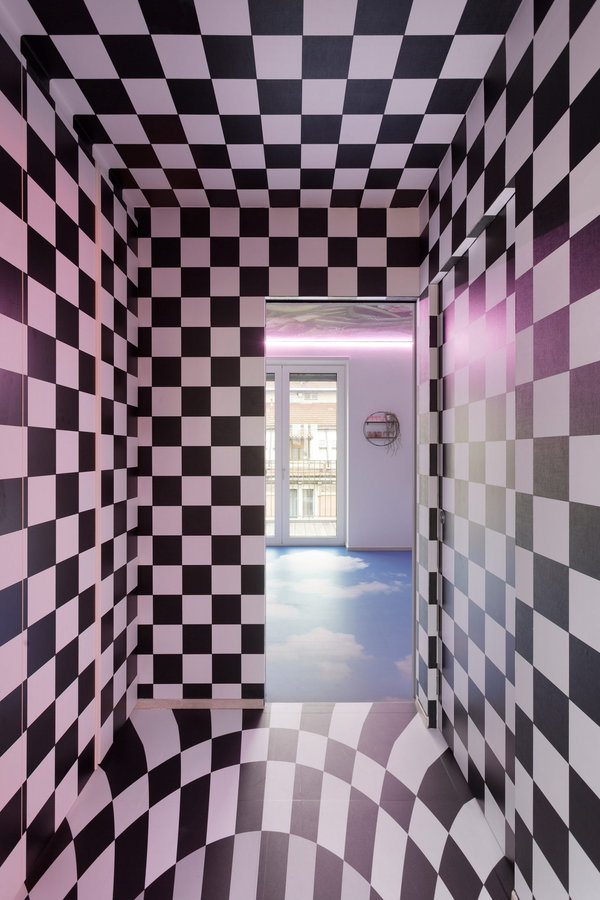 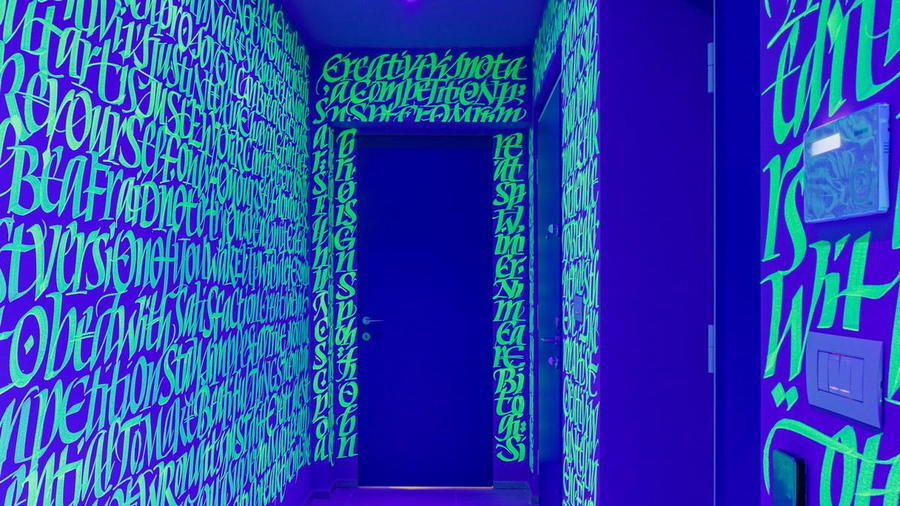 “The house is our paradise, is tailor-made for us,” 20-year-old influencer Simone Berlini told Domus. “Every wall and object can be used as a background and as props: we can use any element to get an idea for a video. It’s another life for us, having all these possibilities.” 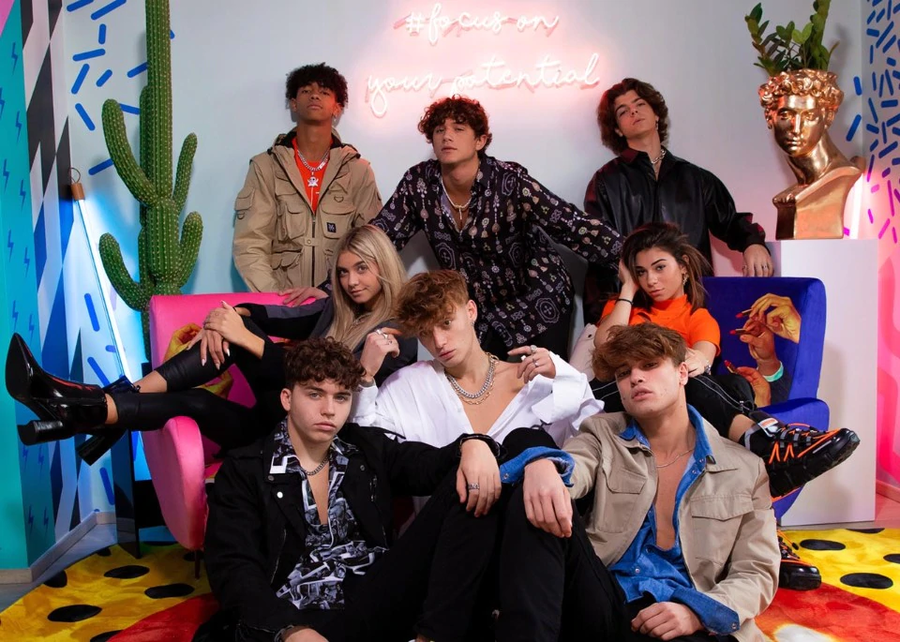 Defhouse is meant to be both a stage and a talent incubator, set apart from American collab houses in a way that’s visibly Milanese. It’s not a reality show, says WSC. The house’s young residents go about their normal lives while living there, though they’re also being trained in subjects like acting, diction, and sustainability and expected to generate content on a regular basis. They’re “working,” and while that work often looks like partying, it can be very lucrative. Some of the highest earning TikTokkers bring in $5 million a year.