Color authority Pantone has announced its two Colors of the Year for 2021: “Ultimate Gray” and “Illuminating” yellow, a contrast of neutral and bright shades. Though gray is often associated with sadness and bleakness, it’s meant to symbolize strength in this case, as accented by the optimism of vivid yellow. 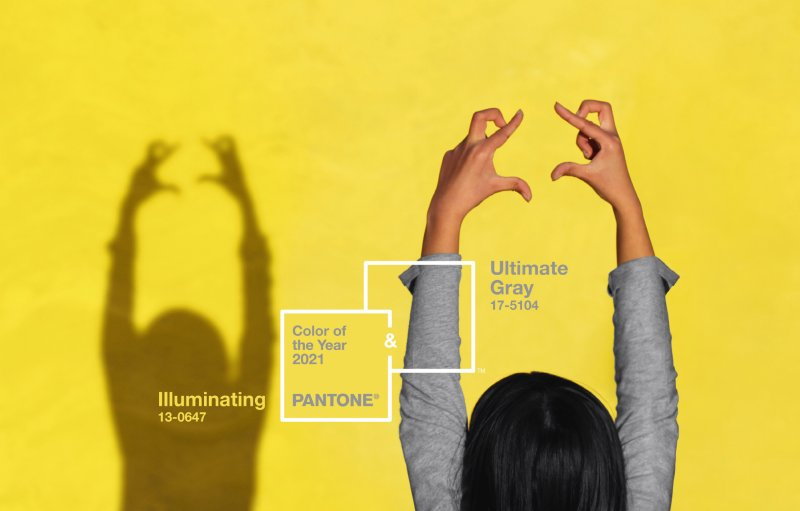 Earlier in the year, Pantone chose “Illuminating” as the sole Color of the Year for 2021, but as the year progressed, they felt it needed a counterbalance. The last time Pantone chose a duo was in 2016 with “Rose Quartz” pink and “Serenity” pale blue, a reflection on connection and wellness.

“PANTONE 17-5104 Ultimate Gray is emblematic of solid and dependable elements which are everlasting and provide a firm foundation,” the company says. “The colors of pebbles on the beach and natural elements whose weathered appearance highlights an ability to stand the test of time, Ultimate Gray quietly assures, encouraging feelings of composure, steadiness, and resilience.” 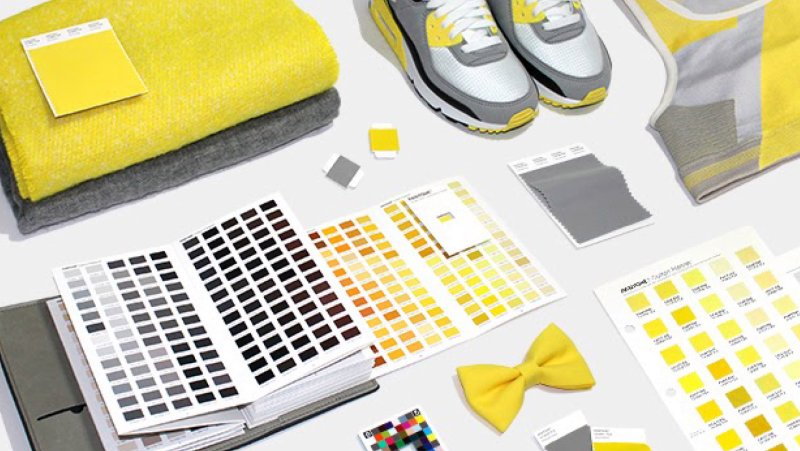 “Emboldening the spirit, the pairing of PANTONE 17-5104 Ultimate Gray + PANTONE 13-0647 highlights our innate need to be seen, to be visible, to be recognized, to have our voices heard. A combination of color whose ties to insight, innovation and intuition, and respect for wisdom, experience, and intelligence inspires regeneration, pressing us forward toward new ways of thinking and concepts.”

“The union of an enduring Ultimate Gray with the vibrant yellow Illuminating expresses a message of positivity supported by fortitude,” says Leatrice Eiseman, executive director of Pantone. “Practical and rock solid but at the same time warming and optimistic, this is a color combination that gives us resilience and hope. We need to feel encouraged and uplifted; this is essential to the human spirit.” 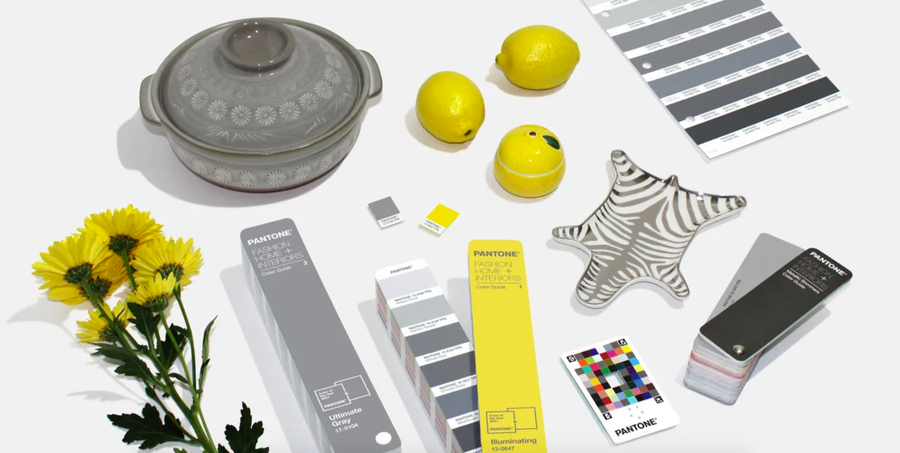 In researching their color selections, Pantone always dives deep into what’s up and coming in the worlds of art, entertainment, film, and production, aspirational travel destinations, fashion, and other areas of design. But current events, socioeconomic conditions and new technologies also play a role. The team was especially inspired by the way in which people around the world reset their priorities to get through the hardship of a year clouded by a global pandemic.

The tradition of choosing a Color of the Year began in 1999, when Eiseman was asked what the new millennium should be colored. (The answer was 15-4040 Cerulean). Eiseman says Pantone doesn’t intend to “sell” its color choices, but rather explore the relationship between color and culture. Nonetheless, its Color of the Year always ends up making a splash, influencing new shades for everything from curtains to nail polish. A quick Google search reveals that marketers and craftspeople are already jumping into the fray with this year’s combo, and you can expect to see it blow up in early 2021 home decor collections. 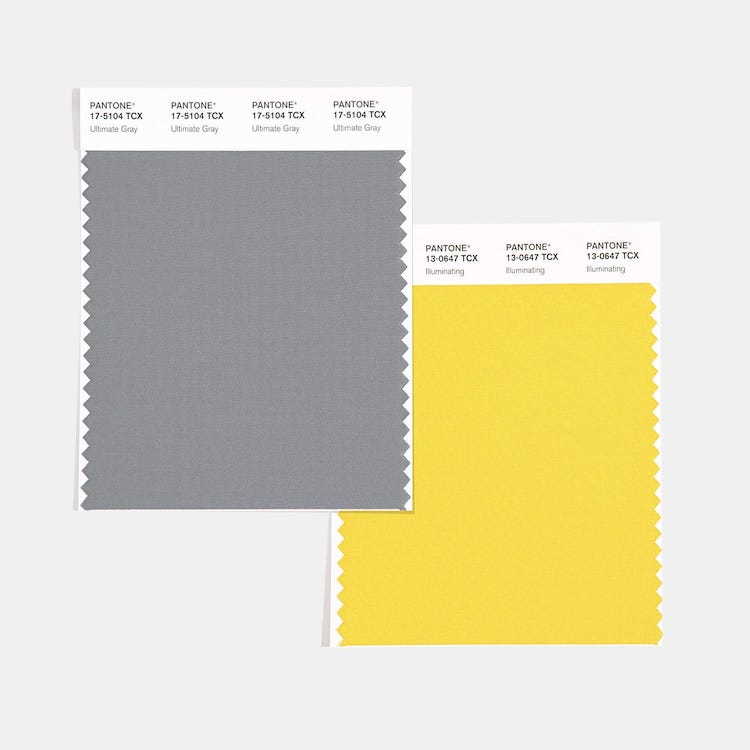 2020 didn’t turn out quite the way we all imagined back when Pantone announced “Classic Blue” as the Color of the Year, but in a way, it turned out to be appropriate. At the time, they said they chose it for its “reassuring qualities,” as the hue “highlights our desire for a dependable and stable foundation on which to build as we cross the threshold into a new era.” It’s safe to say our foundation was collectively shaken a bit this year, but the soothing blue color was a reminder to breathe, and that better times would arrive sooner or later.