The beach might seem like an unusual place to find futuristic architecture, at least in a city like Malibu, California, where many of the structures facing the ocean are either traditional in style or very 1980s-contemporary. While there are certainly some cool houses sprinkled into the mix, you’re more likely to spot daring designs just to the south, in Los Angeles. But when the owners of a deteriorating bungalow set along the Pacific Coast Highway realized it was time for a renovation, they decided to move in a dramatic new direction. 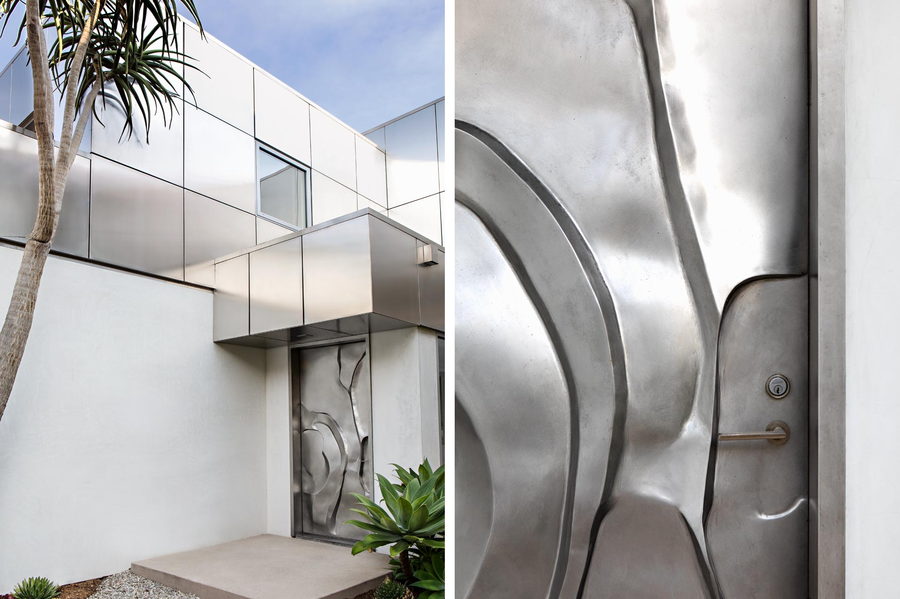 The home is impossible to ignore from the moment you set eyes on it, largely thanks to the stainless steel squares on its geometric, flat-roofed exterior. These were fabricated by Los Angeles architectural firm Marmol Radziner, while the architecture of the house was designed by Tomas Osinski. The brushed steel gleams without being too irritatingly reflective, a welcome consideration in a sunny environment.

The front door might just be the high point of the entire house, with its sculptural metallic textures complementing the material of the facade. This is where the influence of the firm Mark Weaver & Associates comes into play. Brought on to create a cohesive, harmonic feeling for the home, the firm went bold for this beach house, bringing in some attention-grabbing elements while sticking to the silhouettes that are common in the Malibu area. 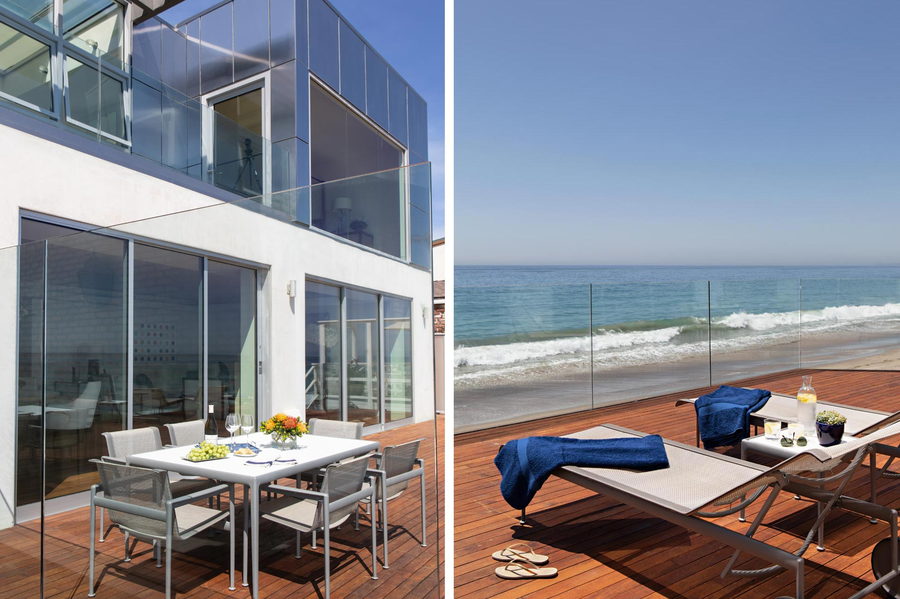 They wanted to introduce a “futuristic edge” to the design, so they commissioned local artist John Krawczyck to craft an entranceway that would set the mood for the rest of the residence. After visiting the original structure for inspiration, he came up with this fluid design, which nods to the oceanic setting while also adding an extra layer of protection against the elements.

Inside, the home is minimalist, yet warm — a fittingly blank canvas for the sights, sounds, and smells of the sparkling Pacific Ocean just beyond the windows. It’s never a bad idea for a beach house to make the landscape the star of the show, organizing everything else around it. That is the point of living here, after all. Accordingly, the walls are clean expanses of white, the wood floors are a beautiful echo of the deck, and operable glazing provides opportunities to eliminate the barriers between the interiors and the ocean. 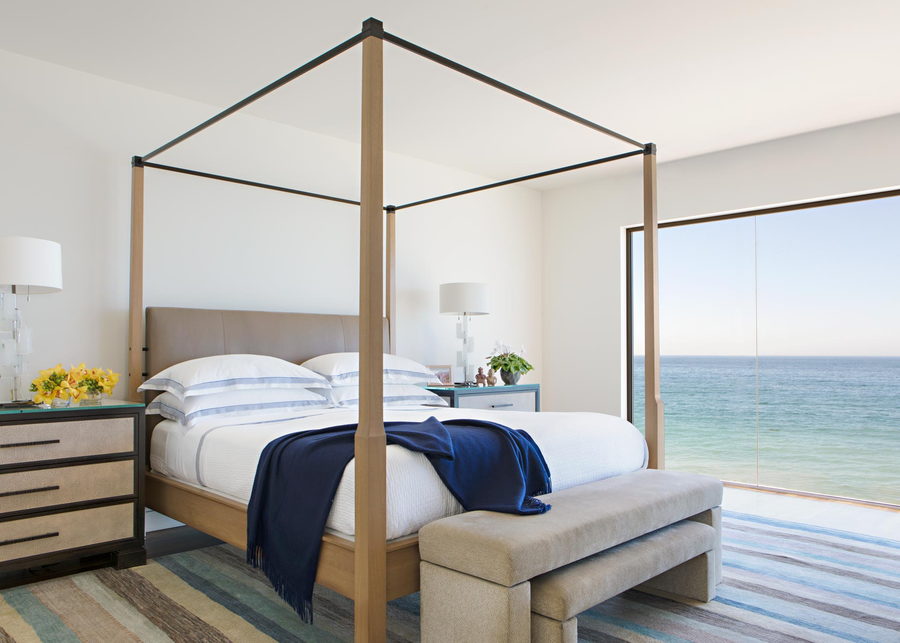 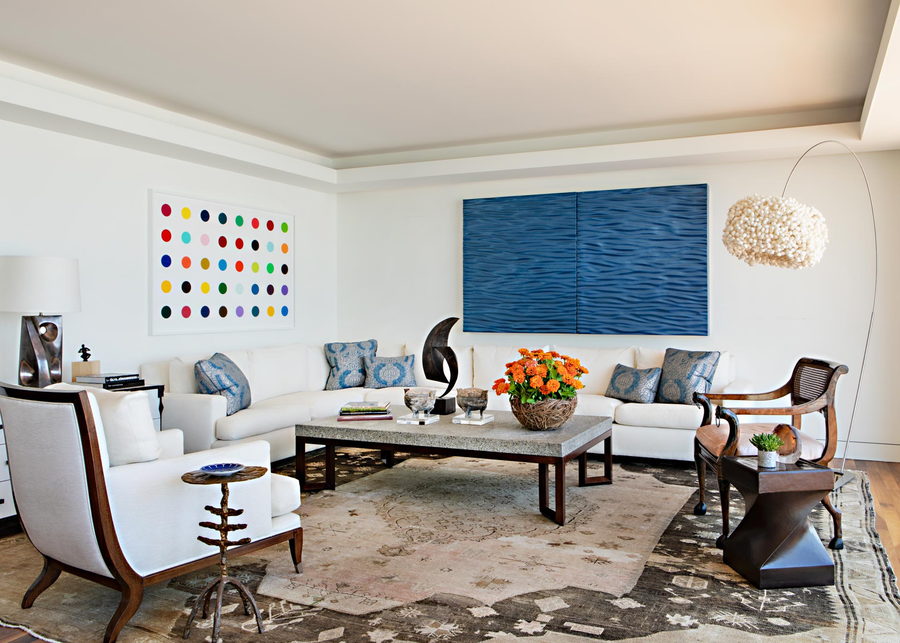 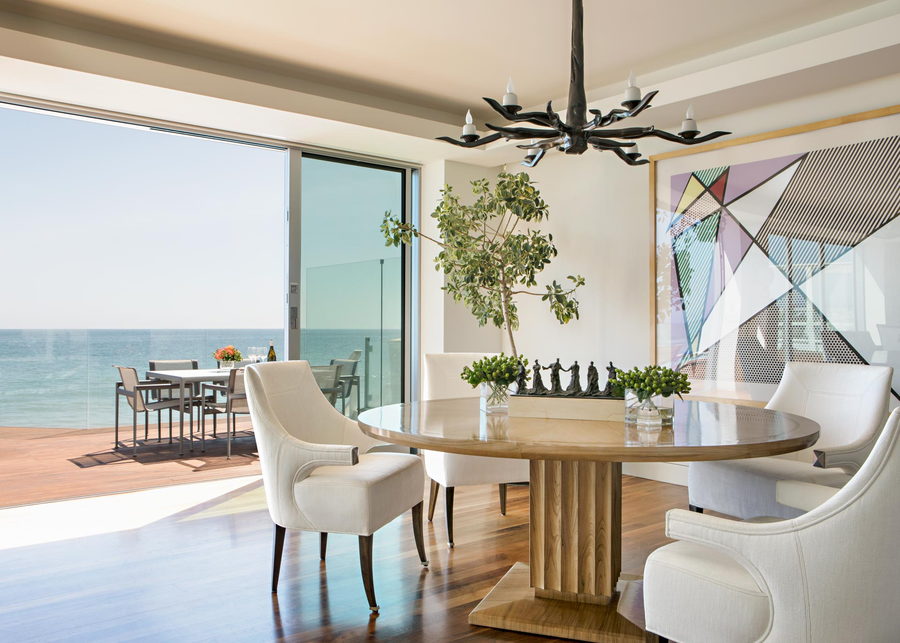 If the house seems a little gallery-like in nature, that’s intentional. The owners wanted to showcase their collection of art, including a watery diptych on the living room wall and one of Damien Hirst’s famous “spot paintings.”

Every element in the home was carefully considered, principal designer Mark Weaver tells Interiors Magazine. “We love simplicity. When you have people in a room, I think the people, the flowers, and the art should make the statement, but it can’t eclipse the people in the room.” 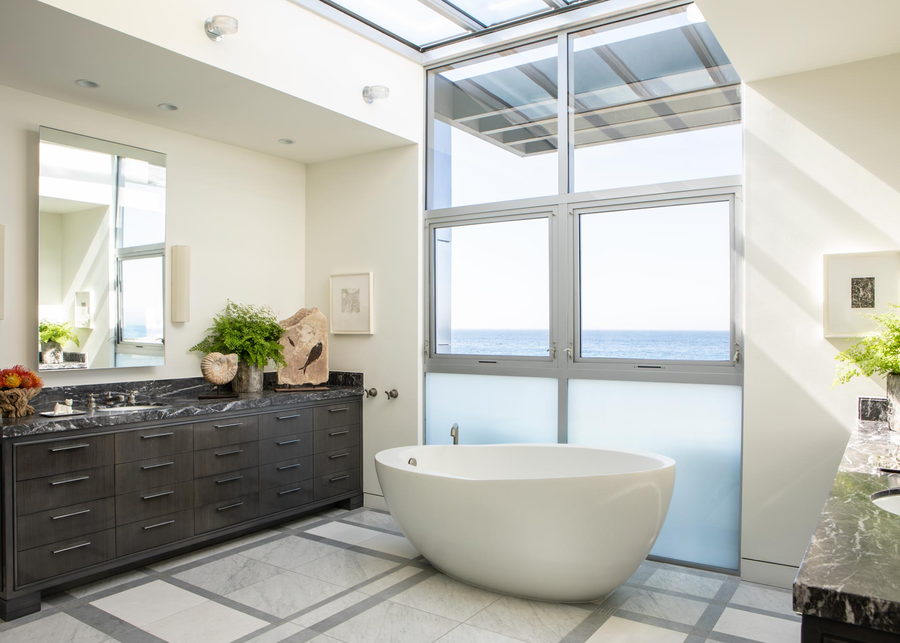 Ultimately, the home is a refuge, a role that shines its brightest in private spaces like the bedroom and bathroom. Who wouldn’t want an enormous master bath that’s almost as big as the master bedroom itself, featuring a glass wall that turns from transparent to opaque at the flip of a switch? Oh, and by the way, the glass skylight overhead retracts on demand, so you can take a bath under the open sky. Not bad, huh?