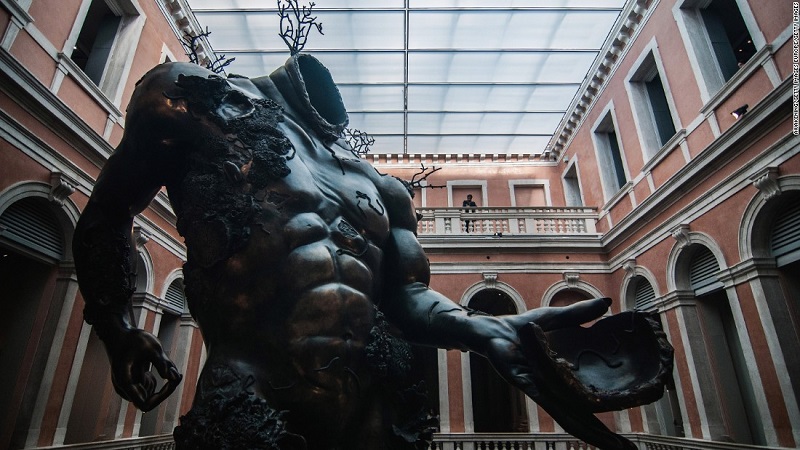 After a lengthy hiatus, artist Damien Hirst returned to the spotlight at this year’s Venice Biennale with a characteristically ambitious, extravagant, and controversial exhibition. Hirst’s conceptual installation “Treasures from the Wreck of the Unbelievable” took nearly ten years to complete and is now housed in the palatial venues of Palazzo Grassi and Punta della Dogana, the buildings that normally hold François Pinault’s famed art collection. This is the first time that both spaces have been allotted to a single artist. 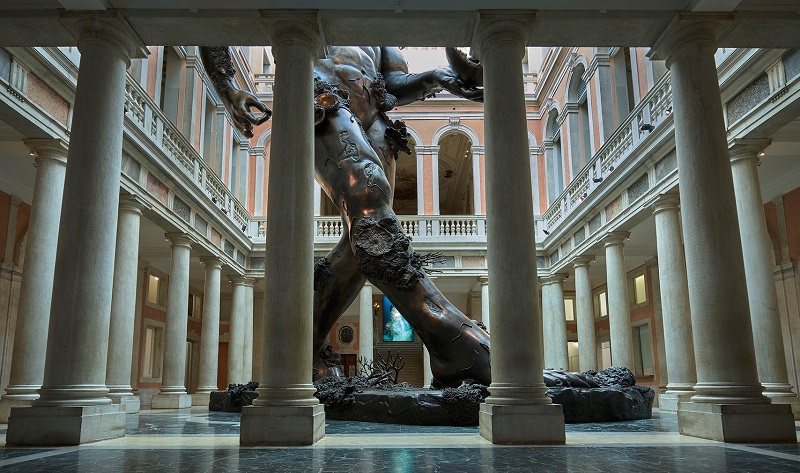 “Treasures” is enormous in its scope: in terms of both the artistic ambition behind it and its physical size. Comprised of 190 works and scattered across 5,000 square meters of the Venetian palaces, the exhibition tells the fictional tale of a ship, the tellingly named “Unbelievable,” and its subsequent wreck. The artworks are allegedly the bounty discovered in the wreckage and were presented at the Biennale as part of a freed slave’s (named “Aulus Calidius Amotan”) collection, which was supposed to be placed in a temple dedicated to the sun before being lost at sea.

The pieces genuinely look as if they’ve been dredged up from the bottom of the ocean and have actually been encrusted with barnacles, rusted, and aged to resemble a fantastically decontextualized array of treasures befitting of an ancient civilization. 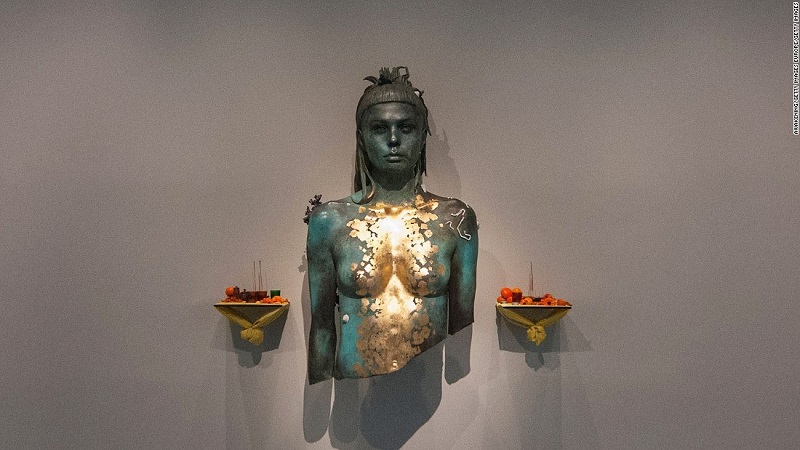 The collection is mostly composed of large-scale sculptures that toe the line between antiquity and modernity. Familiar mythological figures, such as serpents, sea monsters, a trio of Grecian torsos, and a Hydra, appear throughout the exhibition. Of course, they’ve all been given the “Damien Hirst treatment” of being gilded or crafted from blue resin. The centerpiece of “Treasures” is a 60-foot-tall sculpture of a headless demon that rises through the courtyard of the Palazzo Grassi and towers over the visitors below. The demon’s head is on the ground in another part of the venue, gaping at passing spectators and staring out into a scattershot arrangement of other “artifacts.”

To make the display even tenser, Hirst has placed these ancient creatures next to figures from contemporary pop culture. A coral-adorned Mickey Mouse and a seashell version of his friend Goofy stand on pedestals for the crowd’s contemplation. Elsewhere, marble pharaohs resembling Pharrell Williams and Rihanna are given prominent positions in the exhibition, adding an element of whimsy to an otherwise divisive installation. 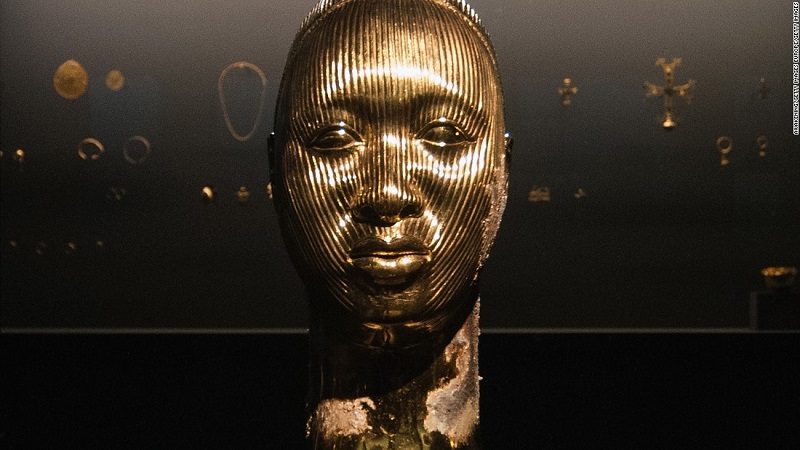 Hirst draws on his many years in the art world – and on his many millions amassed during those years – to create pieces that wow and worry in equal measure. Critics of his newest exhibition have been highly vocal about their disdain for some of its features, like the coral and barnacles, which they feel have been poorly made and are amateur in nature. The exhibition has also been accused of cultural appropriation and, in the eyes of many, fails to live up to the high expectations and hype placed around it. After all, “Treasures from the Wreck of the Unbelievable” is no ordinary art collection. It’s the comeback of an artist who was known as the “enfant terrible” of the Young British Artists back in the 1990’s.