Art has the unique power to simultaneously represent past, present, and future. Prague-based artist Filip Hodas brings all these eras together in a haunting new set of 3D renderings that reimagines our favorite products and fictional characters as long-forgotten ruins in a far-off end of the world. 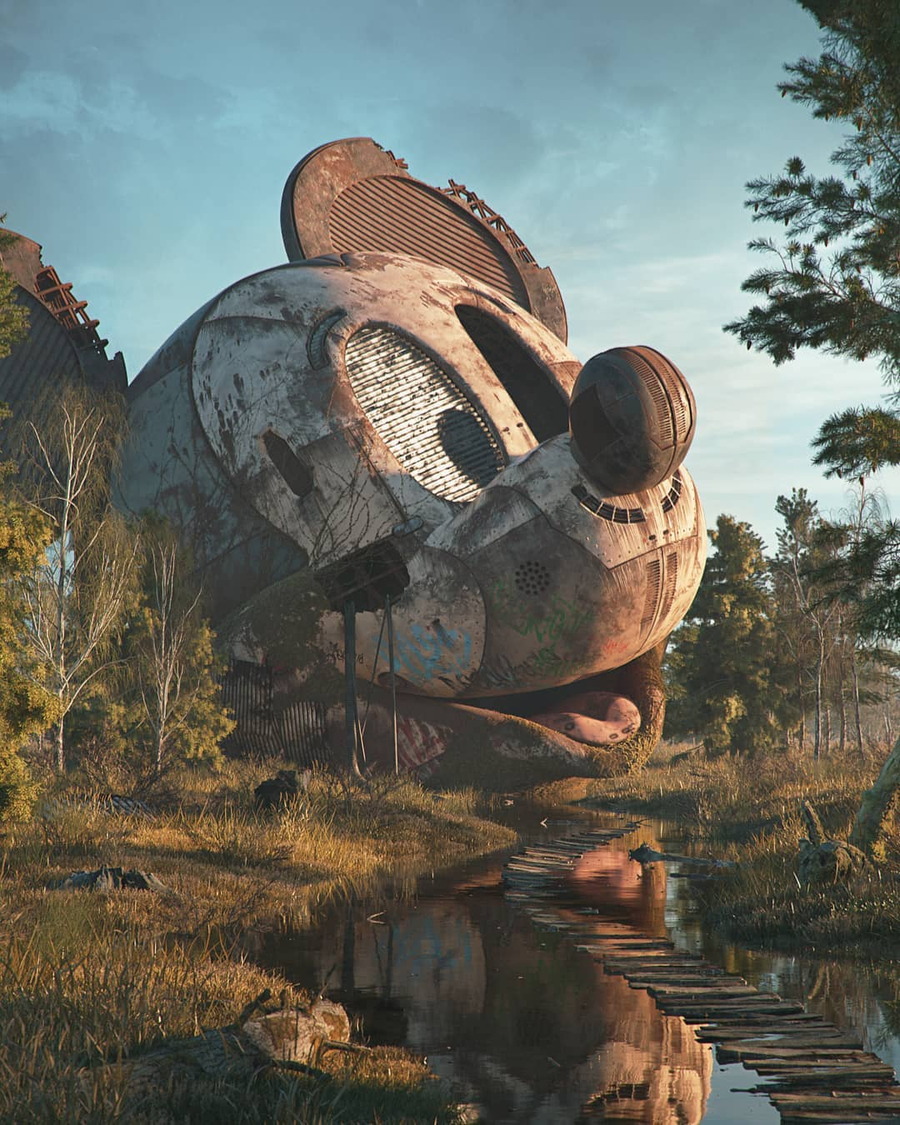 Though he’s been posting digital art to his Instagram for years now, Hodas’ “Pop Culture Dystopia” series only just began in 2017. The collection’s visually striking images bring an eerie new look to friendly faces like those of Mickey Mouse and Spongebob Squarepants, prominently displaying them in desolate settings that have otherwise been completely reclaimed by nature.

As thought-provoking as the images may be, Hodas never explicitly set out to create a standalone collection. His art began as a way to learn how to paint textures using Substance Painter and to see how far he could push the Displacement mapping features within Octane Render. He also worked with other programs in creating the 3D renderings, including Cinema 4D, Adobe Photoshop, Illustrator, ZBrush, Substance Designer, 3D Coat, and World Machine. 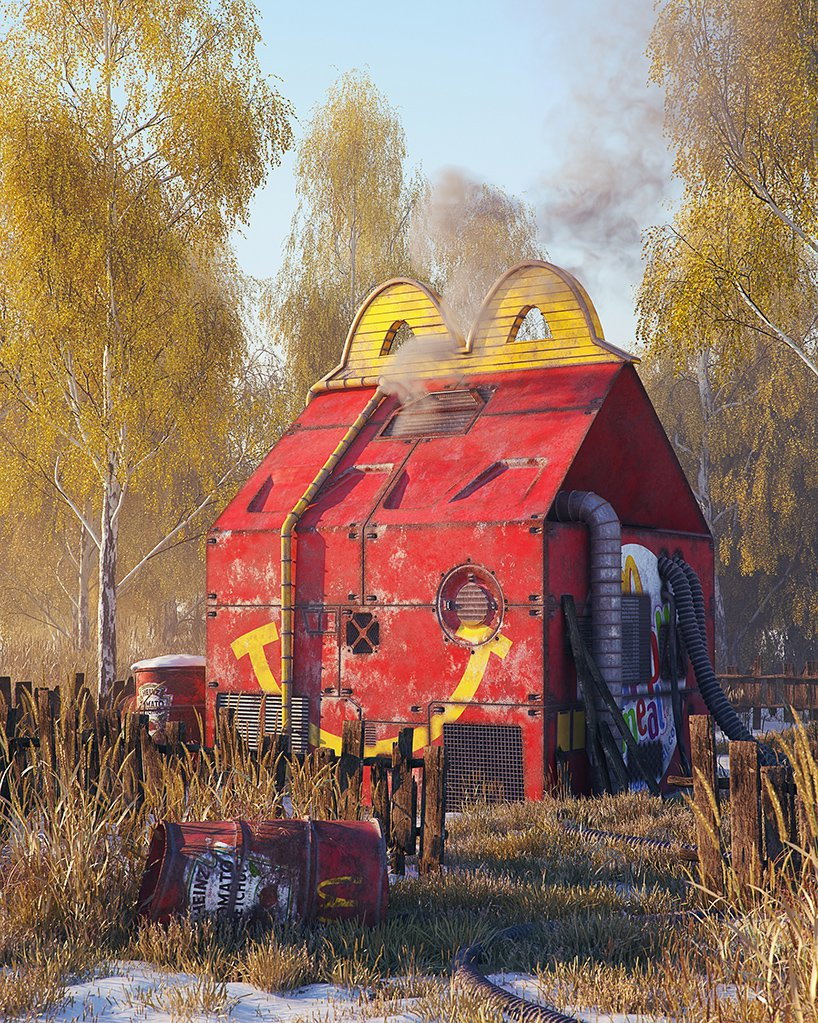 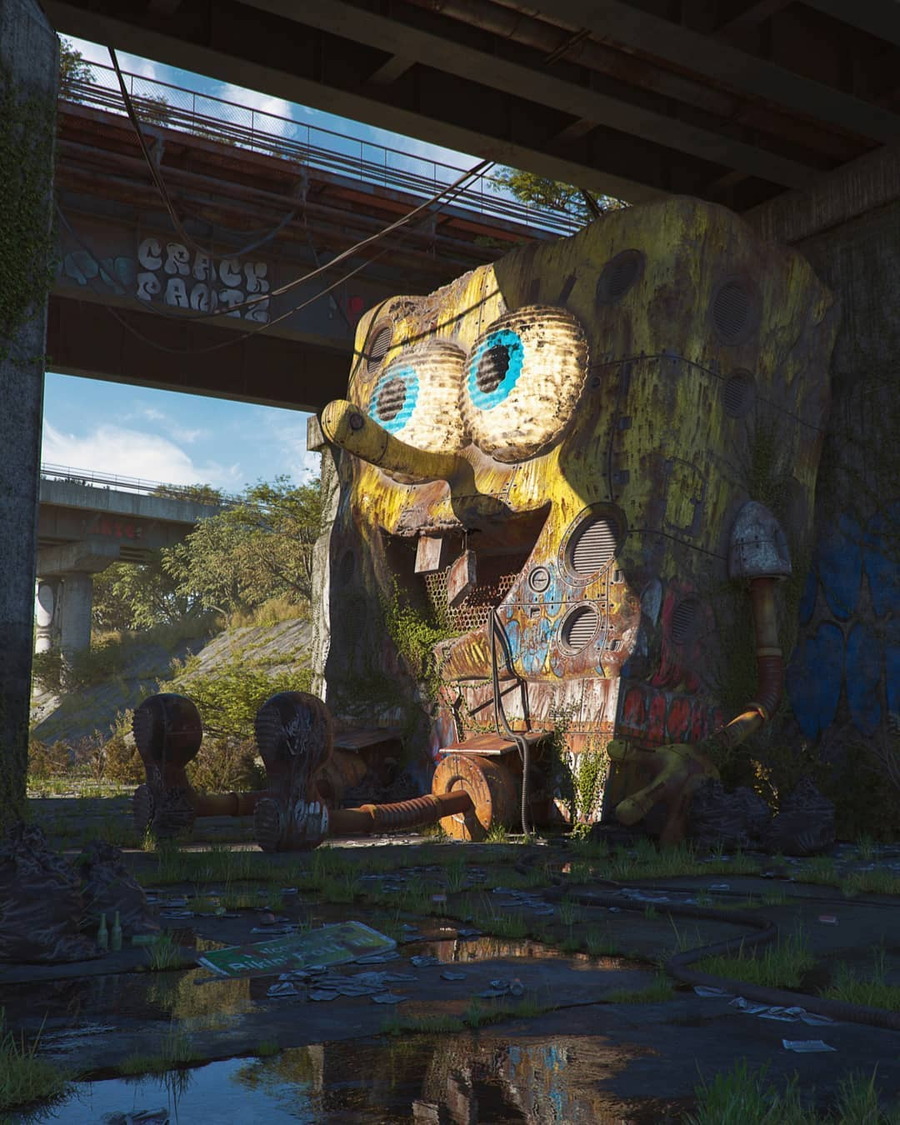 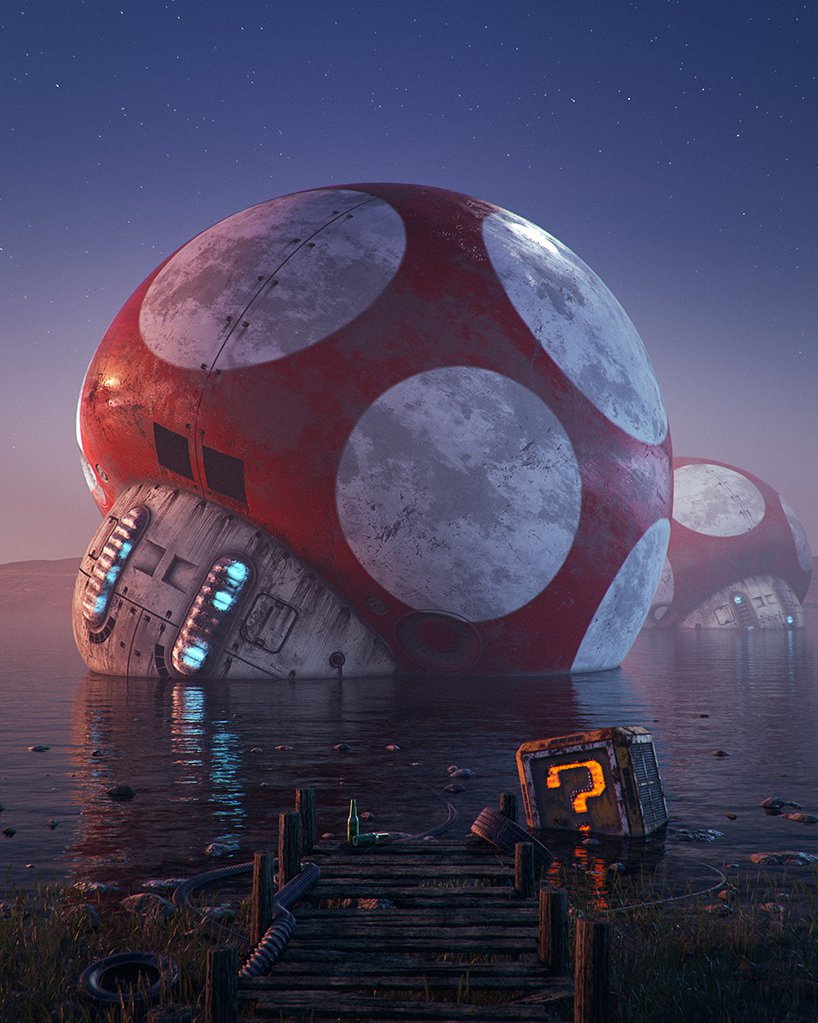 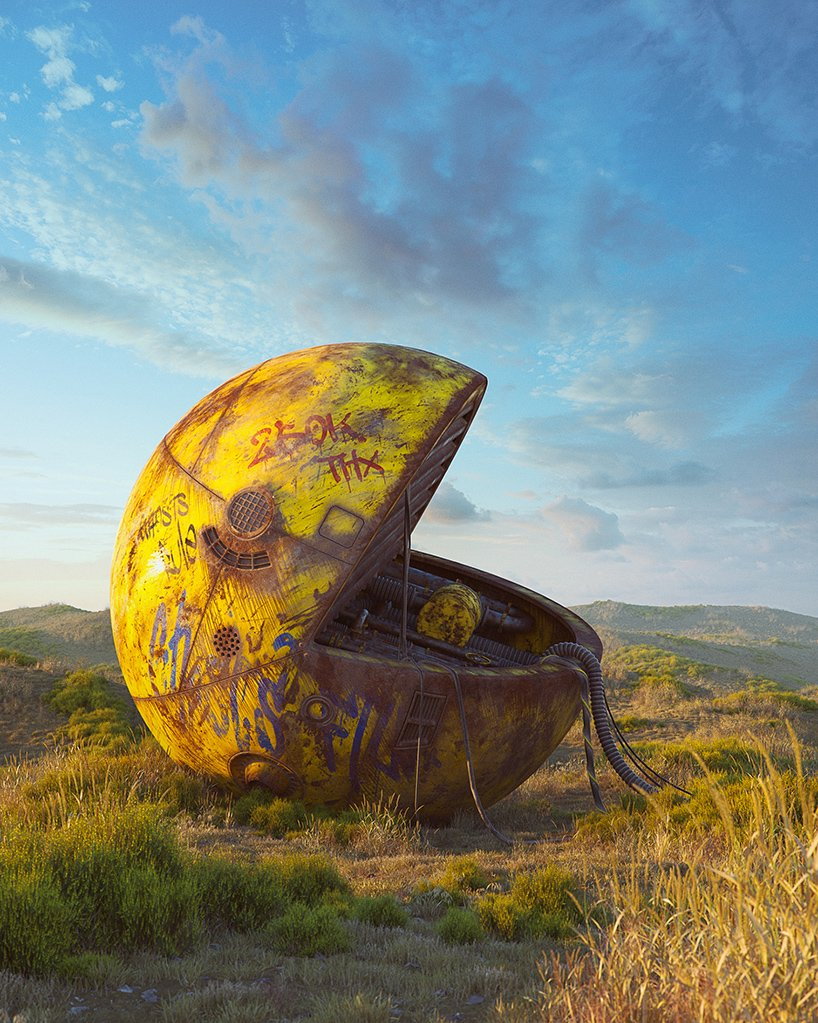 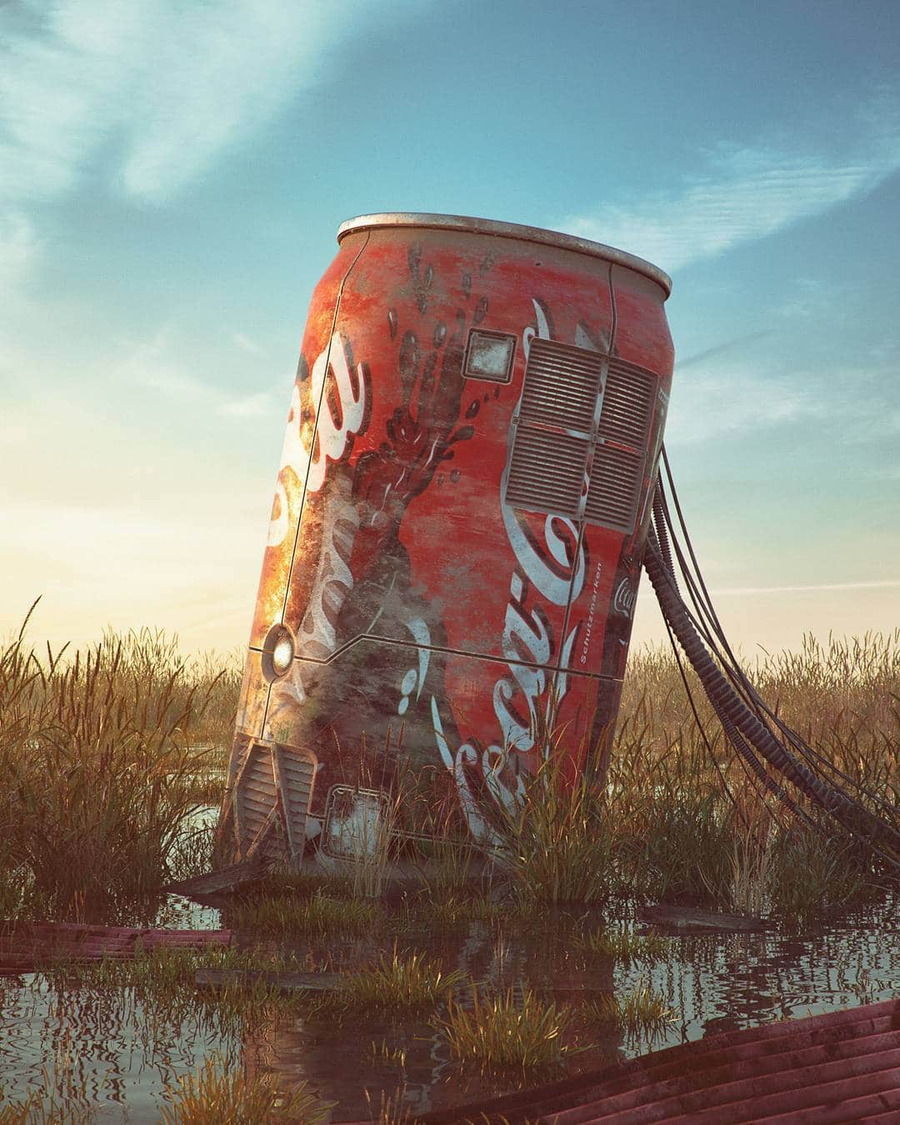 Considering the high praise his works have been harnessing lately, it’s safe to say alll that practice has certainly paid dividends.

In addition to the nature-centered “Pop Culture Dystopia” renderings, Hodas has also set a few pop culture icons inside a virtual museum (also brought to life using digital magic). Each “museum” display includes skulls of icons like Goofy, Tweety, and Spongebob. Neatly displayed on pedestals, the skulls are accented with placards identifying the prominent characteristics of each now-ancient remnant of yesteryear. 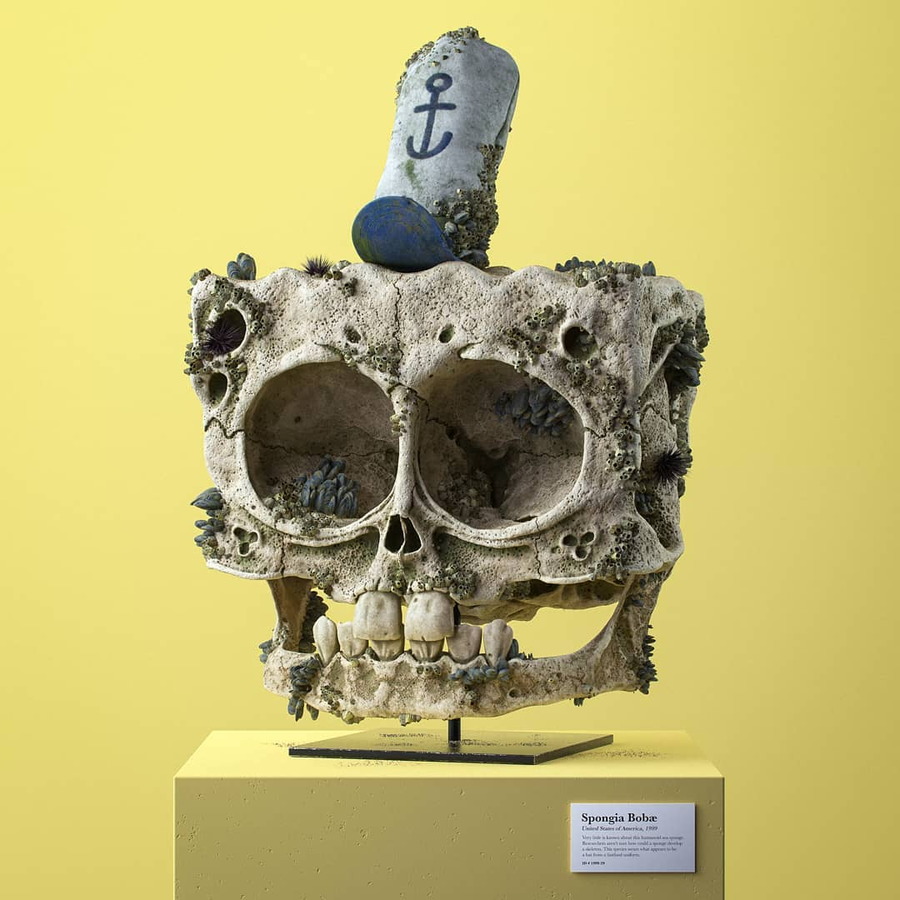 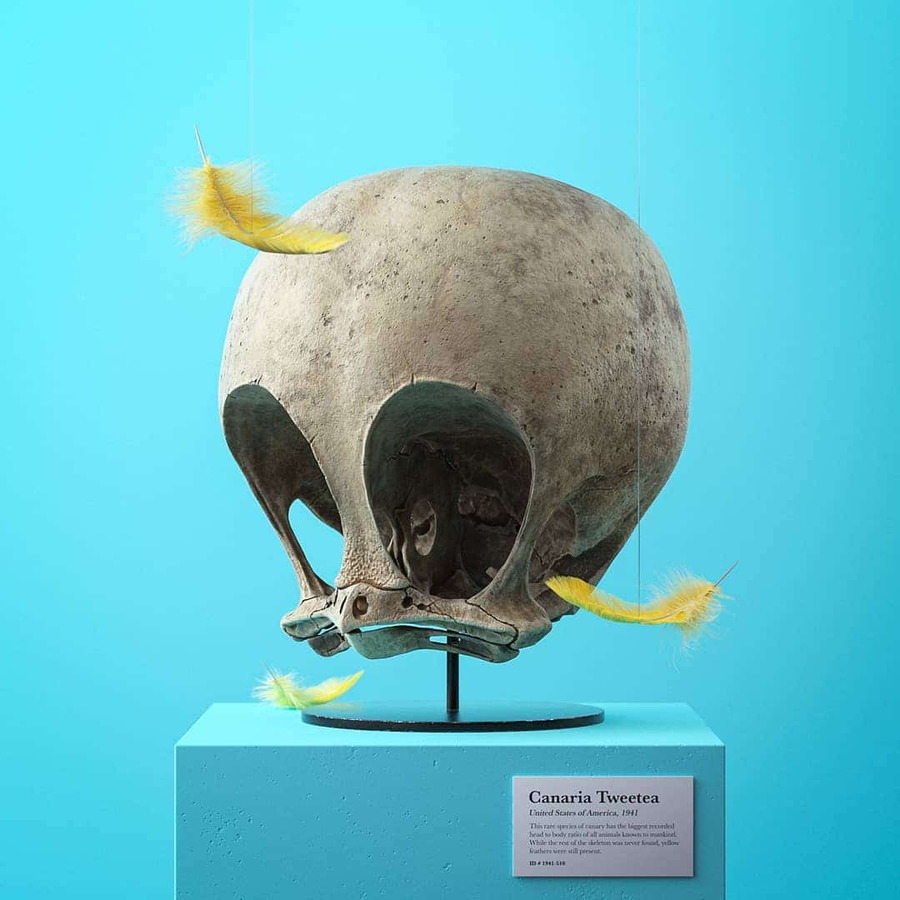 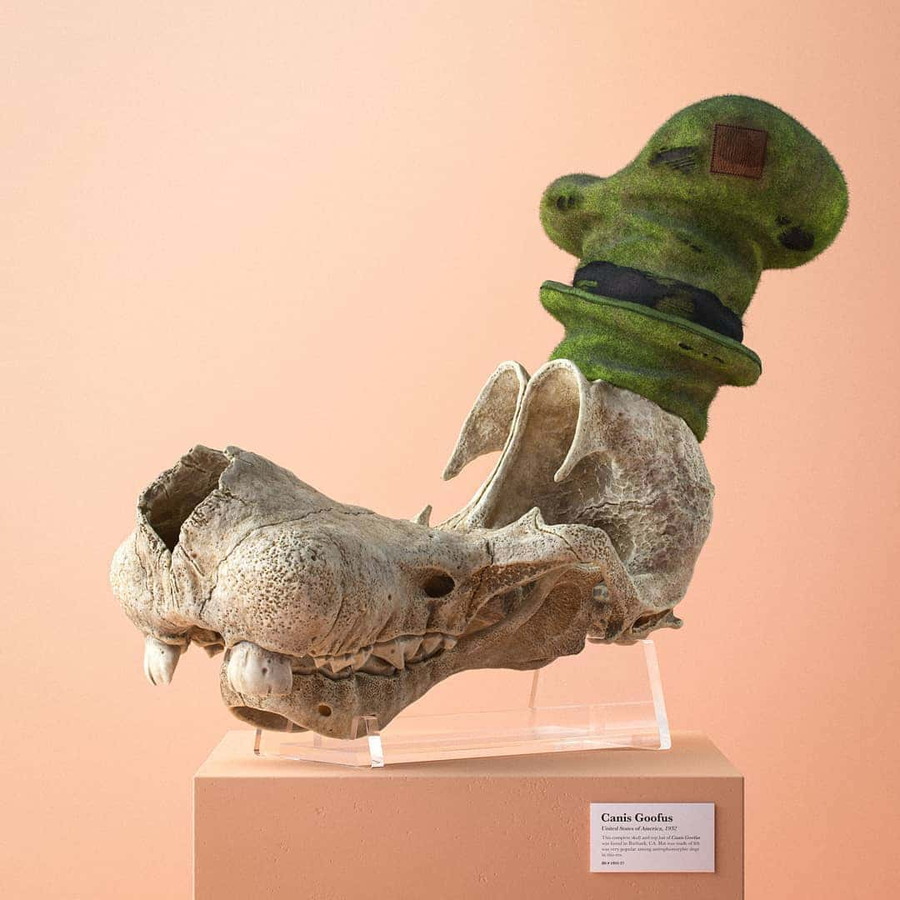 Which one of Hodas’ post-apocalyptic masterpieces is your favorite?