Victorian architecture is usually associated with a lot of frippery. Ornate details like columns, intricately carved millwork, gilding, patterned wallpaper, and embellished mantels were favored in its heyday because they conveyed a sense of wealth, whether real or faked. 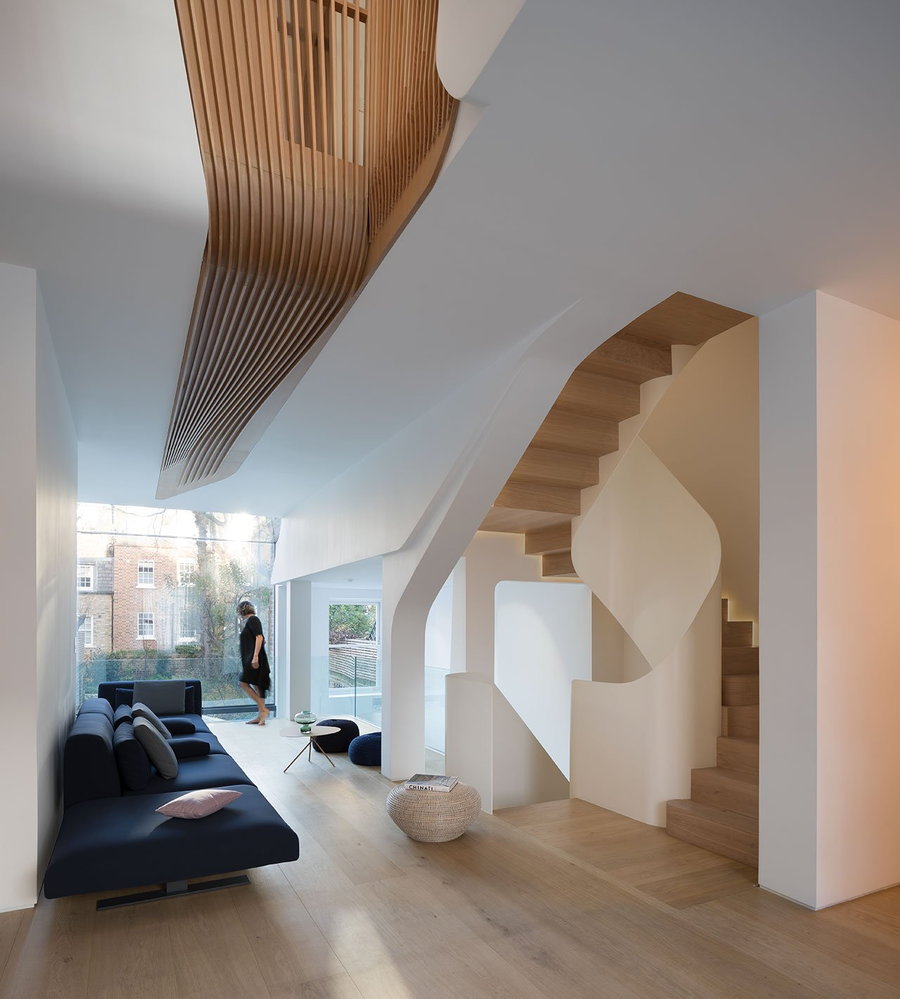 That makes it all the more shocking when you walk into a Victorian home that’s undergone dramatic modern renovations. While plenty of designers stick to clean, contemporary looks with a few preserved original details scattered throughout, others decide to go bold, eschewing just about everything identifiably Victorian in the entire space.

“Light Falls” definitely lands in the latter category. What began as a four-story terraced Victorian house built in 1851 has become a sculptural masterwork in the hands of FLOW architecture in collaboration with MAGRITS, though architecture purists will undoubtedly wring their hands at just how much the home has changed. 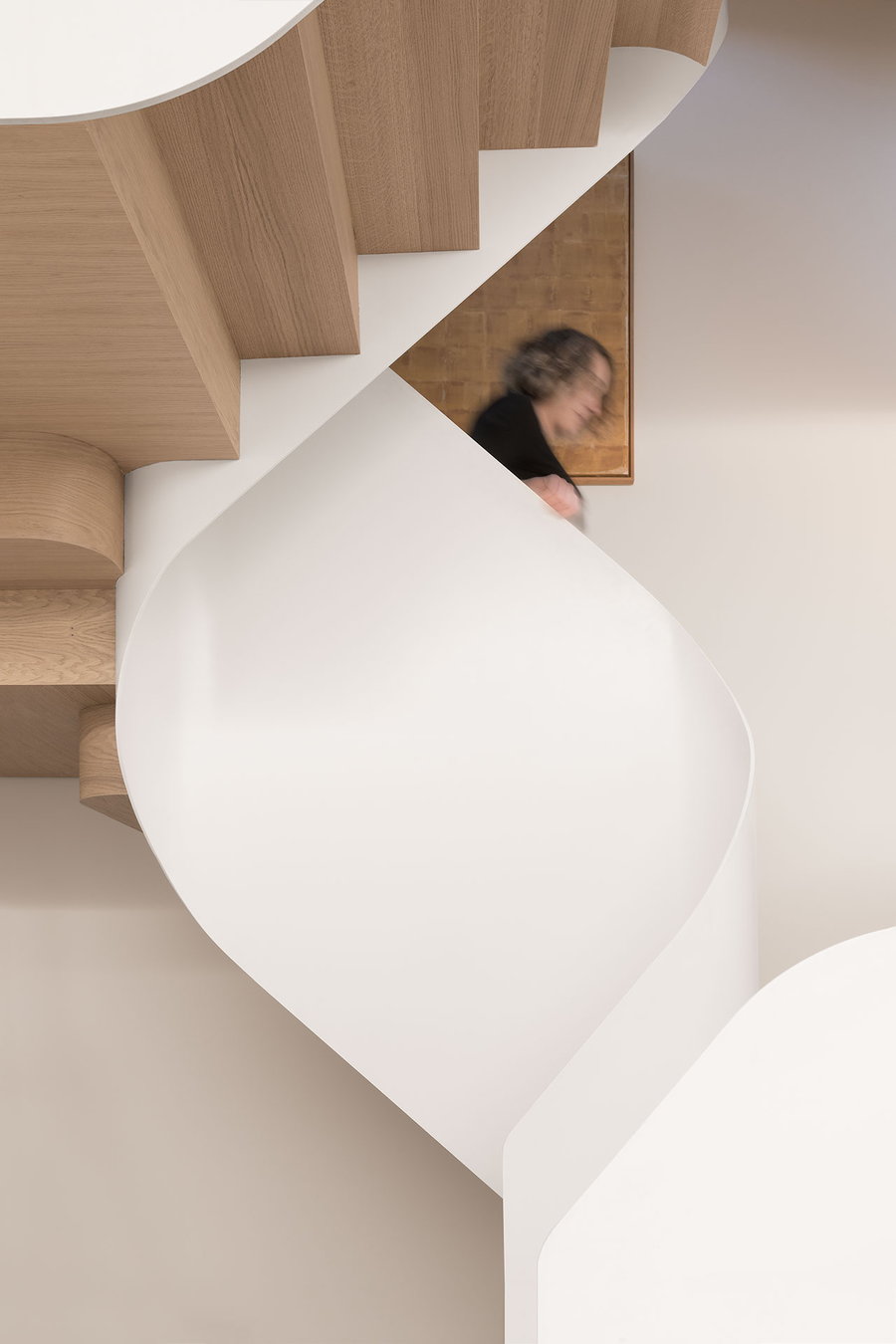 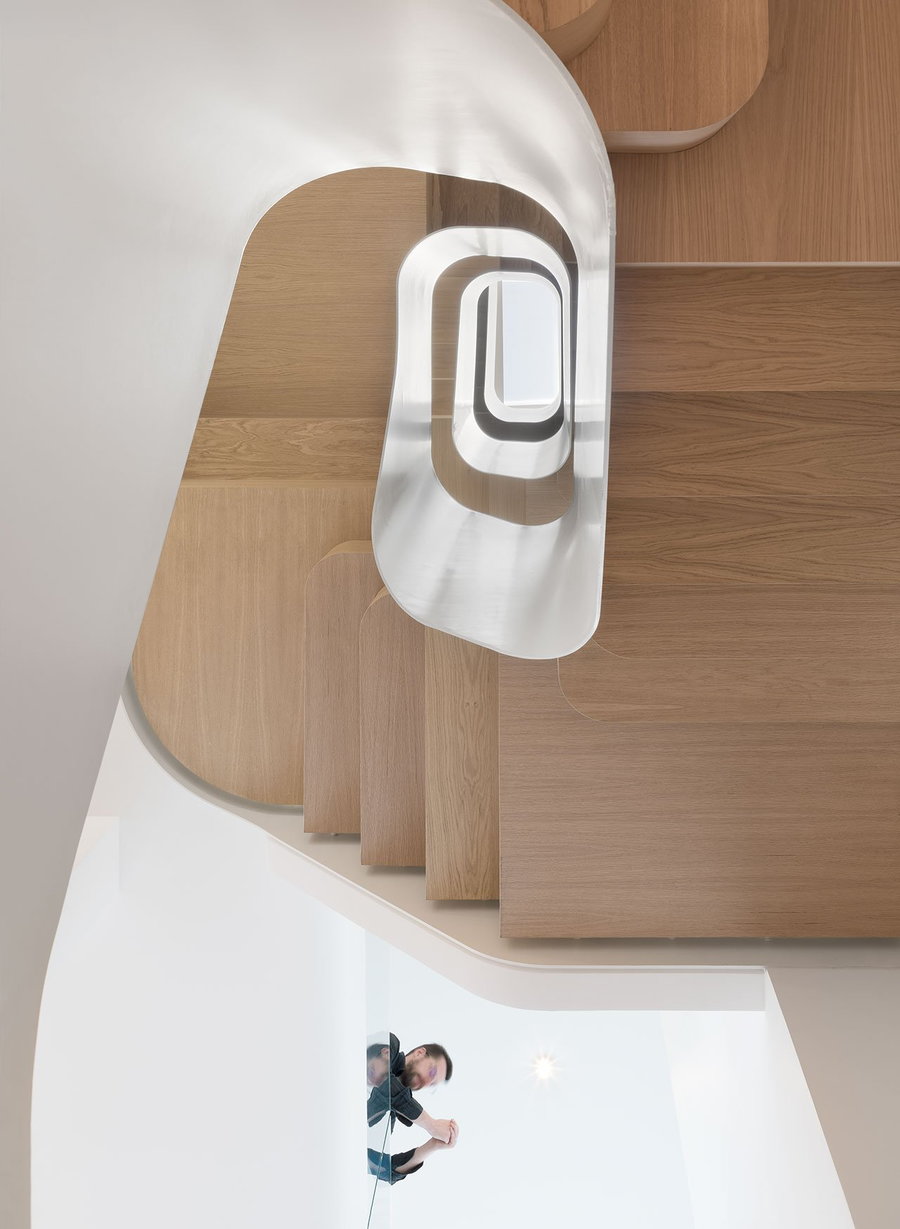 Set on a tree-lined road in the Kensington area of London, the house originally had two major problems commonly found in Victorians: it lacked sufficient natural light inside, and its interiors were highly compartmentalized, feeling cut off from each other. The owners wanted the layout of the home to feel much more fluid.

To achieve that objective, FLOW decided to start from scratch — to the greatest degree local historic preservation laws allowed, of course. They organized the interiors around a new central courtyard to open new visual connections and bring daylight into the darkest, deepest areas of the home, and they also added a basement and double-height rear extension. 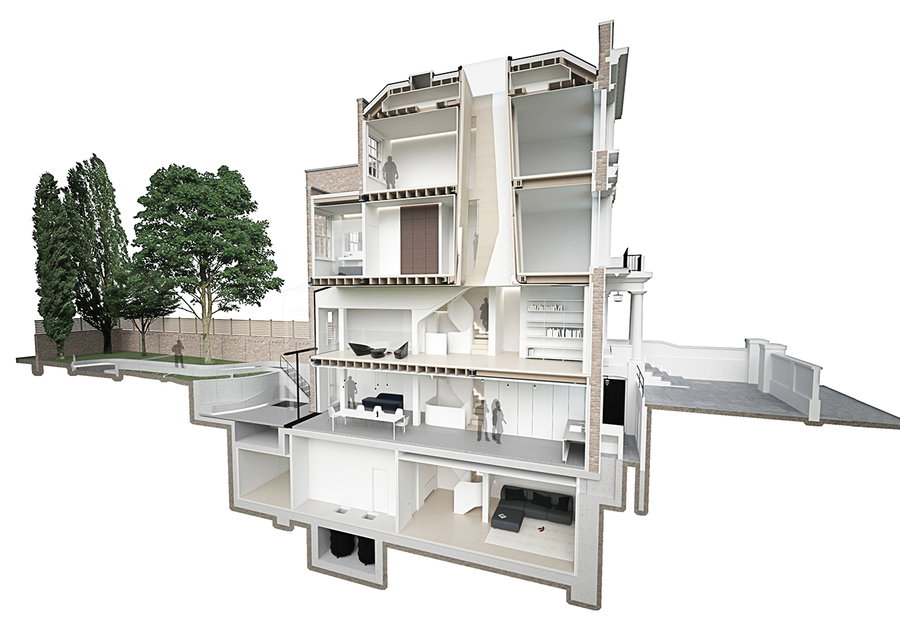 FLOW’s official website reads: “Set within the Abingdon Conservation Area, the house was subjected to a number of restrictions, with its external appearance to be largely preserved. The approach taken was to creatively turn the constraints into strategies by concentrating the design features towards the core of the building. The design of the garden was also approached with some freedom, as a green folly that extends the indoor aesthetic towards the outdoors.”

“The courtyard’s visual effects were enhanced with a series of vertical cuts amplifying the effect of the cross-views throughout the living spaces. The staircase was set similarly, with an encased configuration that opens completely towards the bottom section to organize the sequence of the entertainment areas. At the rear, the dining room continues the motif, with a direct visual link towards the garden through the lightweight glass extension.” 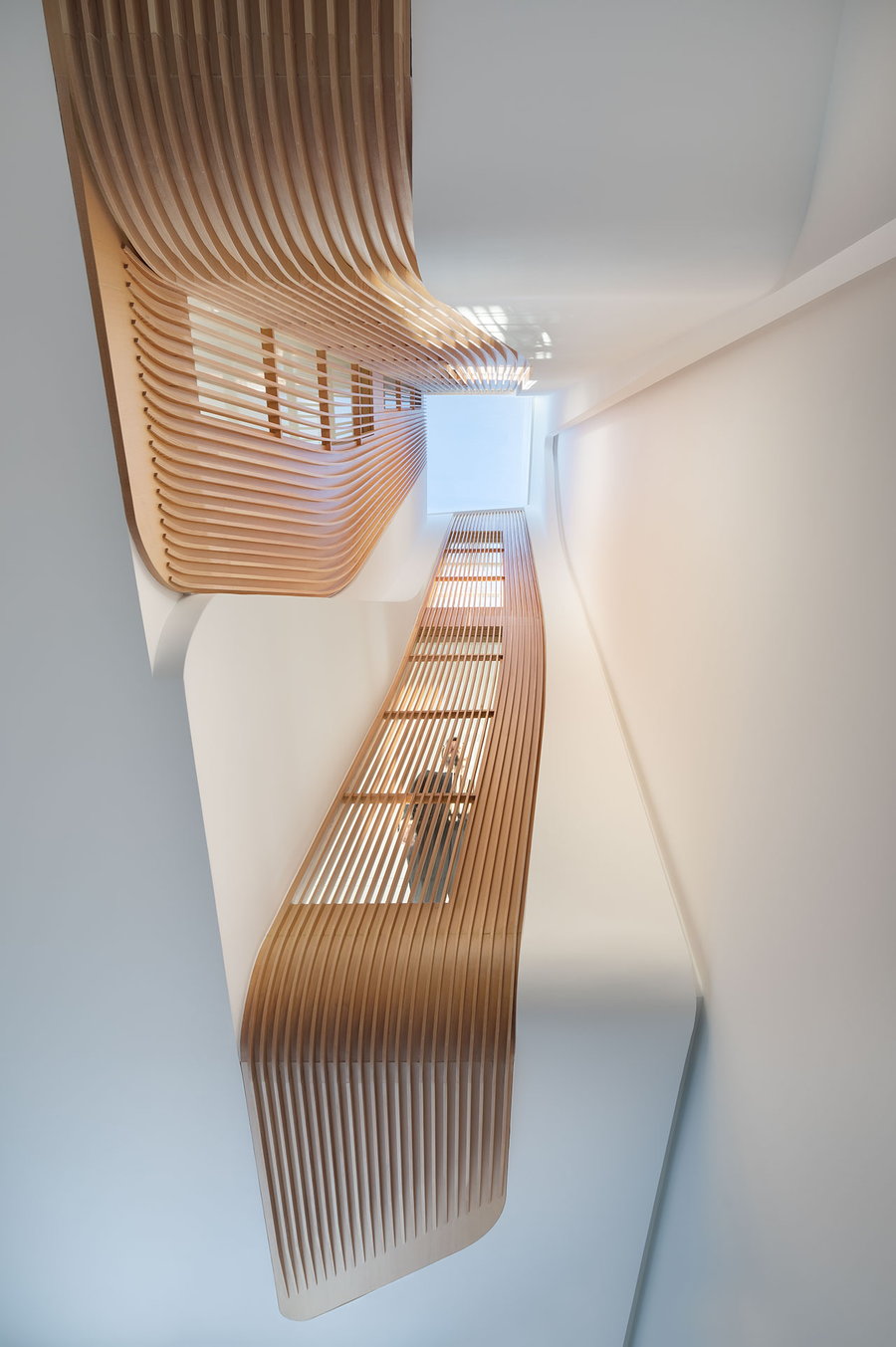 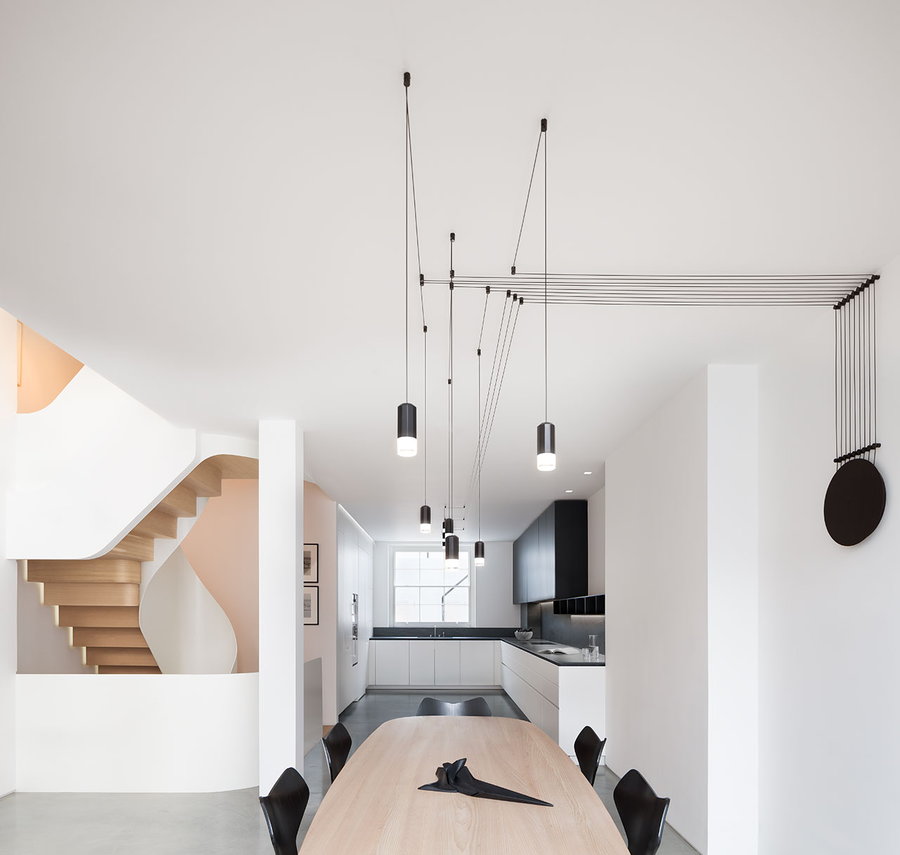 The curvaceous white walls are striking enough in their own right, but what really makes the space stand out is the new latticed woodwork connecting the wooden staircases to the warm, organic flooring. These lines draw the eye from the floor-to-ceiling glazing in the living room all the way up to the skylight set into the ceiling, flowing up past openings peeking into the bedrooms. 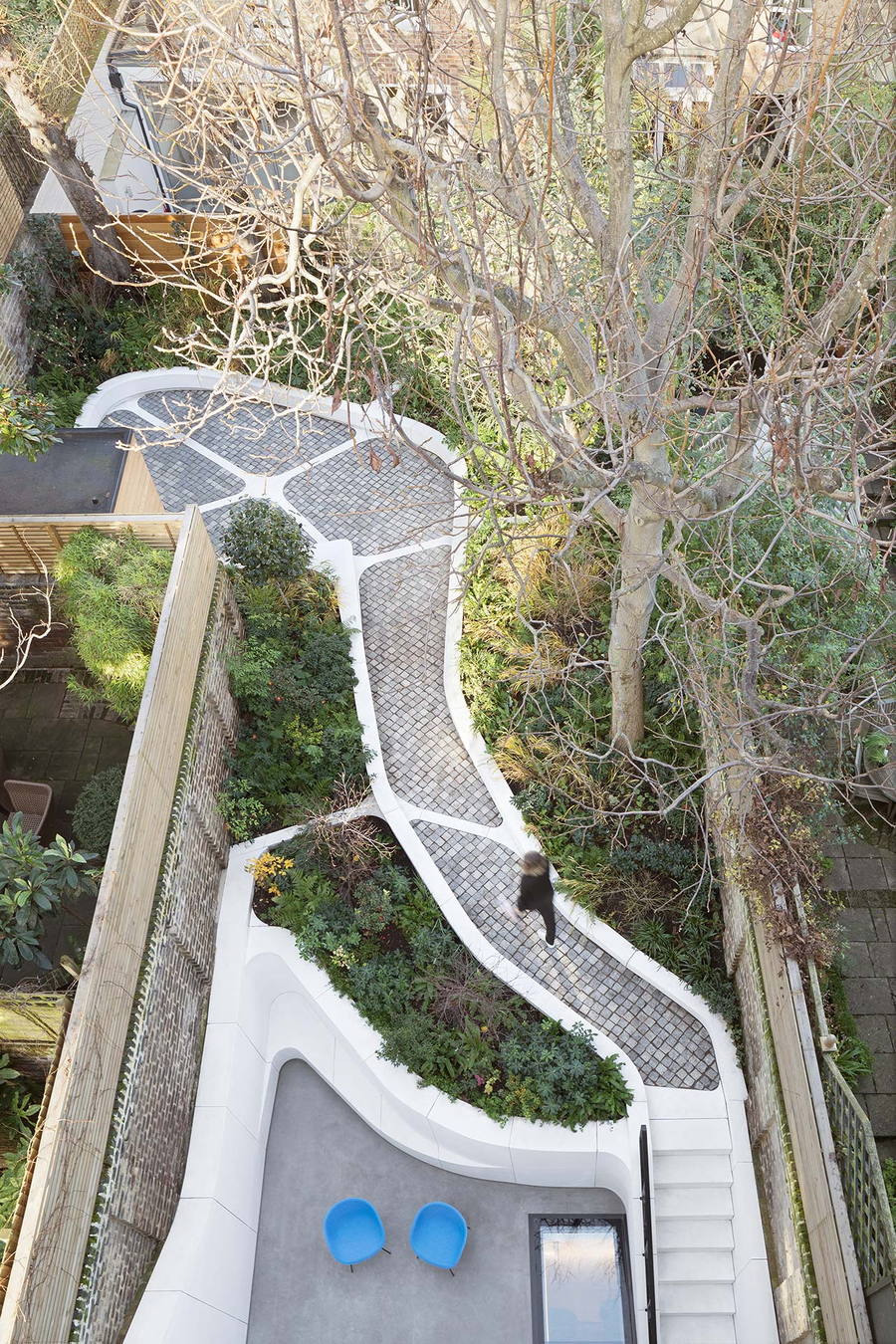 The result lives up to both the project’s own name and that of the leading architecture firm. It’s pleasingly fluid, clean, and bright, and, as FLOW explains, “the name ‘Light Falls’ perfectly expresses the soul of the house; the cascading effect of daylight, brought in vertical motion to the center of the building, enlivens the interior spaces, and dissolves the borders between outdoor and indoor spaces.”