Many of London’s streets are still lined with Victorian-era “terrace houses,” which we usually refer to as “townhouses” on this side of the Atlantic. First built using sturdy brick after the Great Fire of London, these homes remained popular for centuries afterward, housing workers in industrial districts well into the 19th century. The larger and more ornate terrace houses were often owned by wealthy people and included spacious courtyard gardens, but like most Victorian architecture, they tended to be dark and constrained inside, featuring small rooms that don’t translate well to 21st century lifestyles.

In the decades after World War II, many of the older terrace houses were demolished to make way for denser tower blocks, but today, municipalities and private owners are working hard to preserve them. Not only do the quality and lifespan of the original materials used to build these beauties help them last longer than some modern structures, but they’re historically significant, too. One cool trend in updating London terrace houses is the affixing of a glass extension to their rears, by which their interiors are expanded without significantly altering their facades. 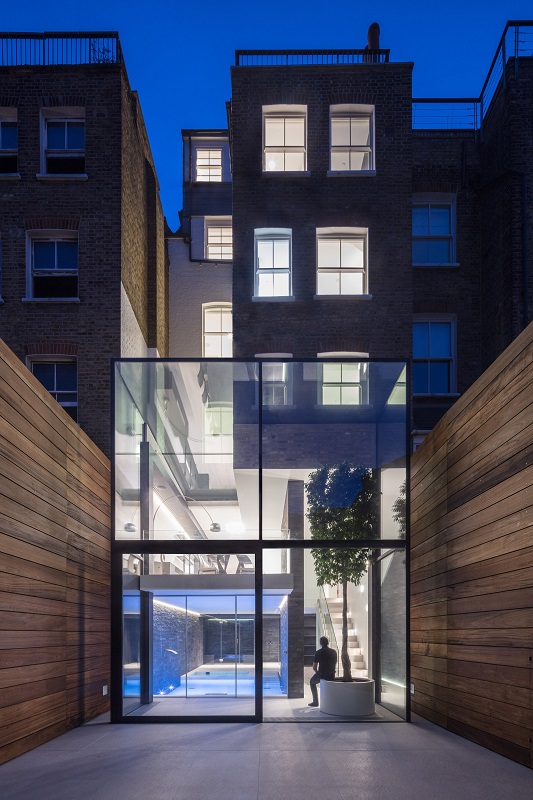 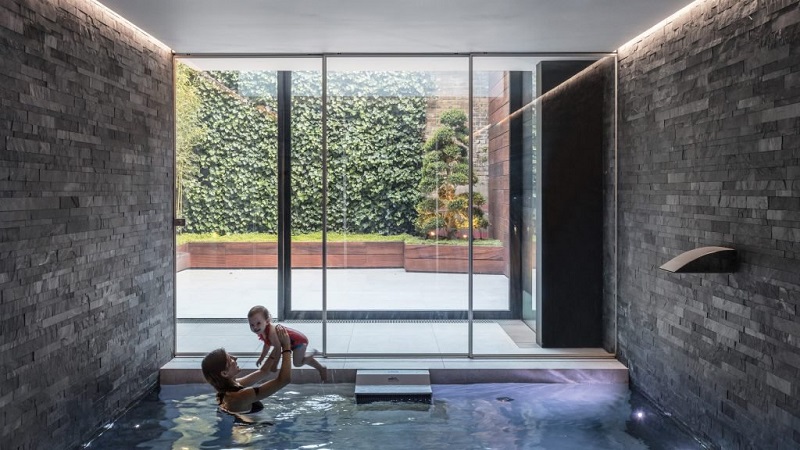 As far as the British firm Guarnieri Architects was concerned, a sleek glazed box was just what this Victorian terrace in Clapham Common called for, acting as a light well to flood the interiors with daylight while providing extra room for a newly-altered floor plan. Namely, the clients requested that a new floor be excavated below ground level to create space for wellness facilities, including a steam room, hot tub, and swimming pool. The extension also made room for a few larger open-plan areas. 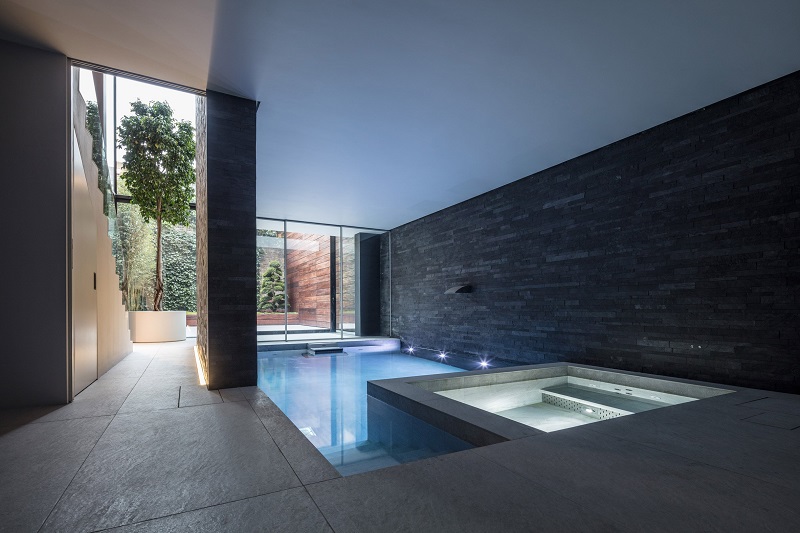 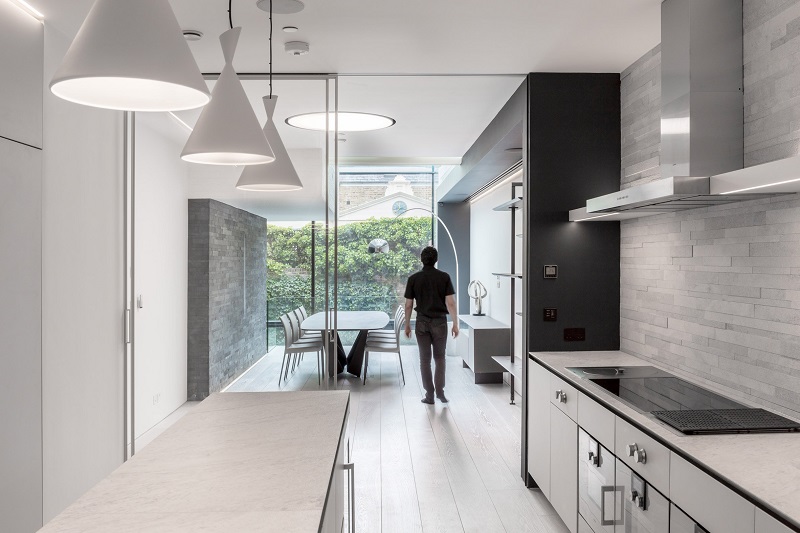 The architects altered the existing split-level arrangement and added the glass box to accommodate these amenities. A new mezzanine level projects a dining area out into the glassed-in space, resting just above the swimming pool. Both look out onto the back garden, newly hardscaped and walled in by wood and a lush ivy-covered wall at the rear. A ficus tree grows in an oversized pot inside the glazed box, stretching up past the floor of the mezzanine. 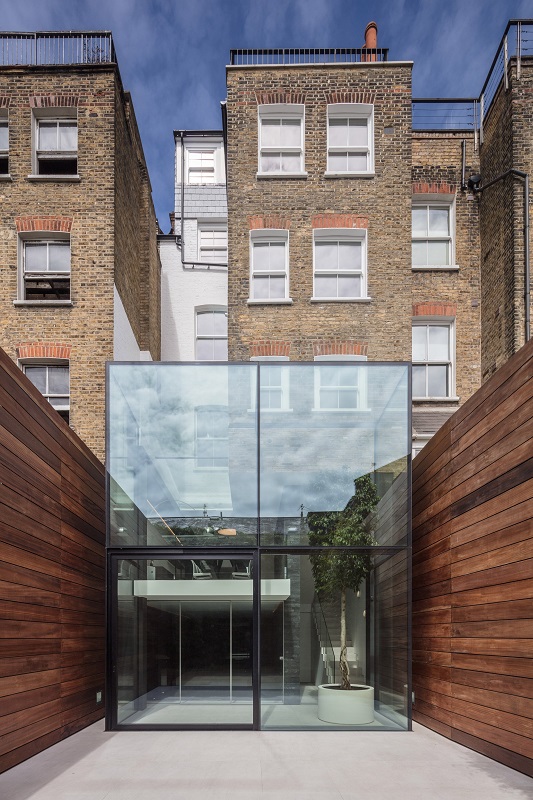 Inside, minimalist finishes in white, pale wood, and marble make the space seem larger than its limited 18-foot width. The architects relocated the home’s internal staircases to accommodate the new open-plan layout. The space around the pool, however, is finished in a dark gray slate for cavernous vibes. The stone in these areas is also porous, which allows it to withstand all the moisture produced by the new spa features. 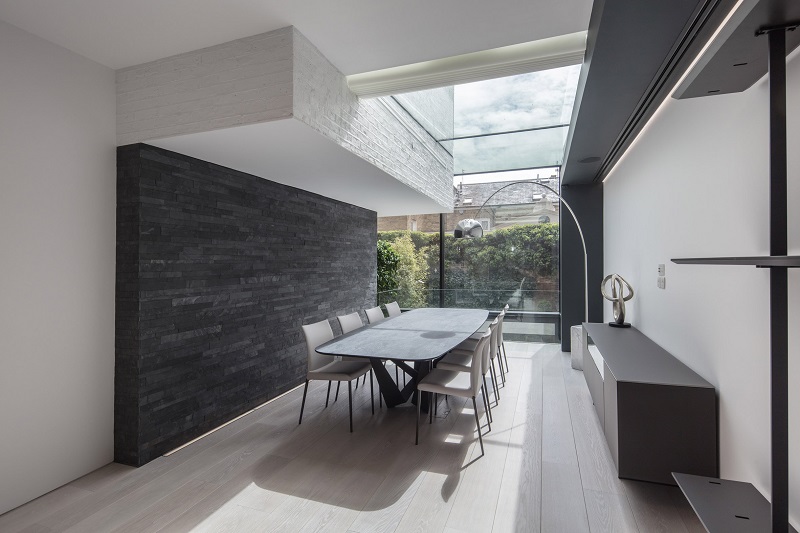 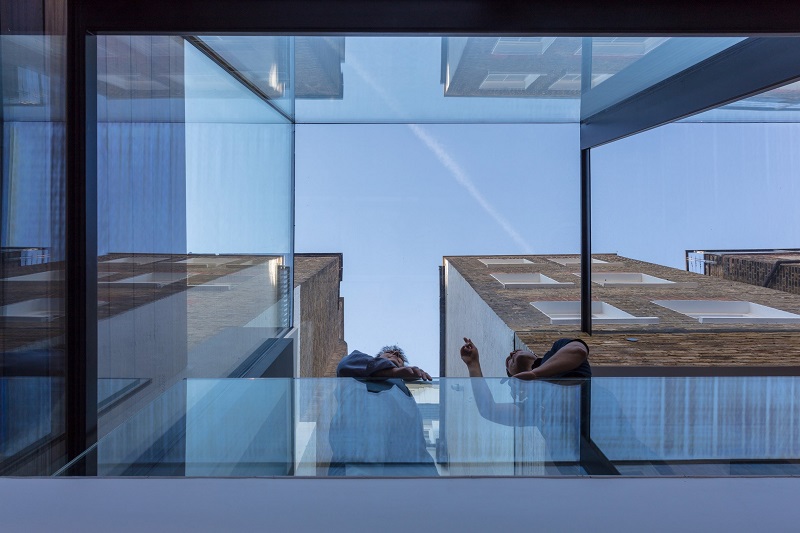 For Marco Guarnieri, the firm’s lead architect, achieving a sense of lightness in the glazed extension was a top priority. The design team sought assistance from structural engineers to construct the box with minimal steel reinforcement in order to enhance its crystalline nature, providing an uninterrupted visual connection to the outdoors. 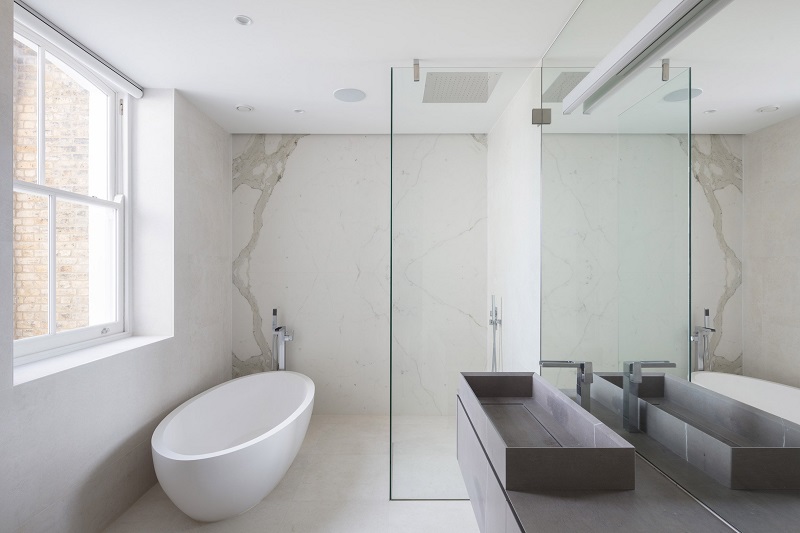 “We think that the project can be generalized as the alteration of the common 19th century typology, conceived as series of small rooms, by removing rather than adding, to create the open spaces typical of our time contemporary domestic living,” say the architects. “We like to call our project a Victorian Remix, like a DJ rearranging old records into a contemporary music performance.”