Though the city of Bangkok, Thailand has expanded its green spaces considerably over the last decade, this city of over eight million residents still lacks enough parks, forests, and nature preserves to go around. Not only do green spaces provide shade and lower temperatures in heat-absorbing urban areas — they also filter out pollutants and dust, clean our air, and just plain make us feel better. Some scientists even believe that spending time in nature restores and refreshes our brains, just like sleep. We evolved to be a part of our natural environment, after all, so it’s easy to see how a lack of connection to living vegetation can really wear us down over time. 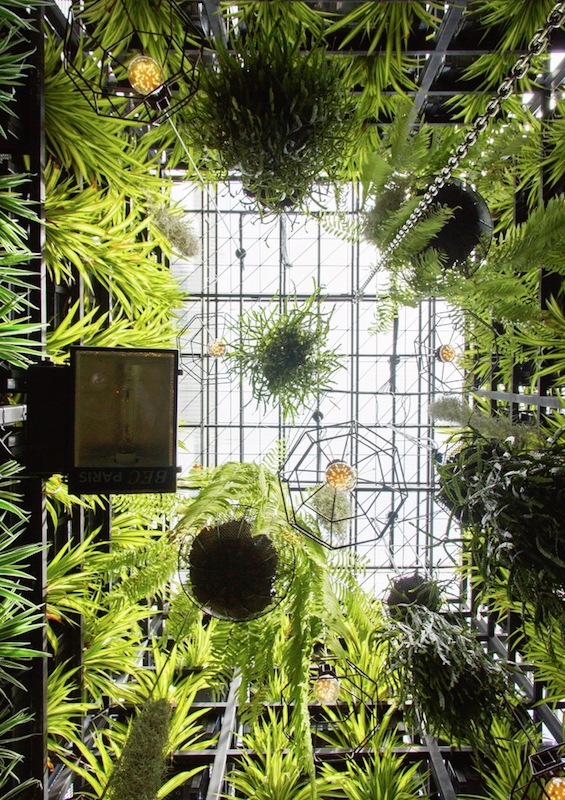 Instead of waiting for government officials to jump on the green space trend, some city dwellers are taking matters into their own hands by turning their homes into lush oases of living plants. When you have access to a yard, creating your own private paradise is a lot easier — but what if you live in an apartment tower? For Bangkok-based architecture studio Apostrophy’s, the answer was building a 25-foot-tall vertical garden stretching up to a spacious skylight, making use of the full height of the condominium. 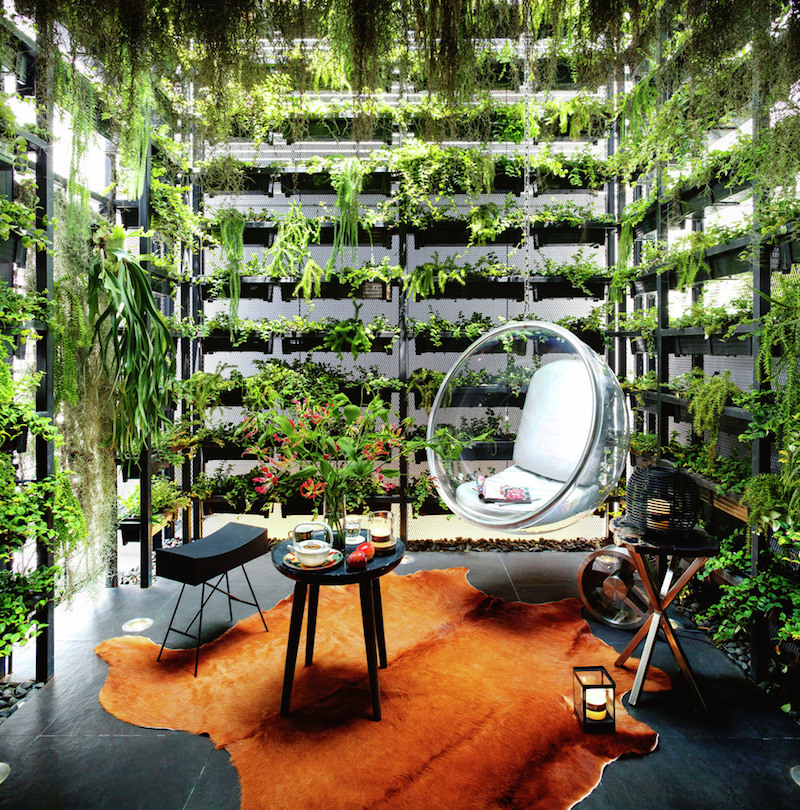 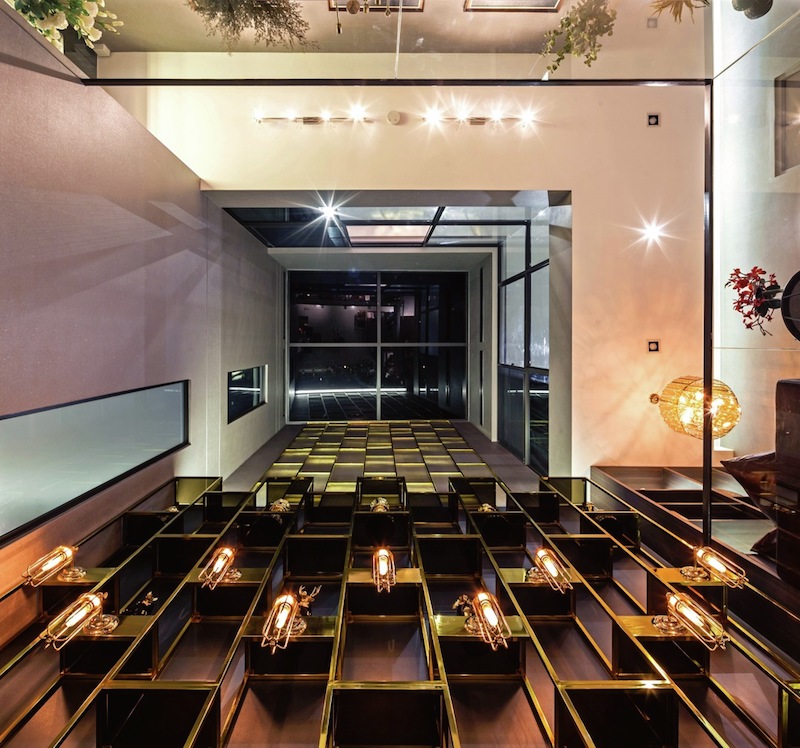 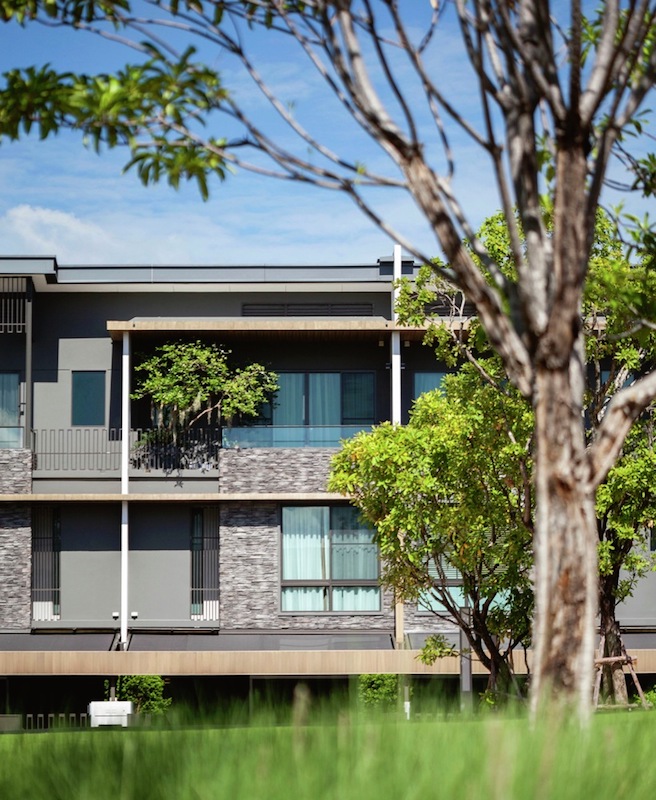 Created for use by the firm’s director in his private residence, “Feature House” transforms the interior of a unit that looks ordinary and unassuming from the outside. The designers opened up a void in the roof, which they call the “moon door,” to transmit daylight all the way through to the ground floor. A smart home system allows the residents to control how much light is getting in and even the direction in which it shines into the home. The vertical garden is located on the back side of the house.

The garden was designed to fill the gap between busy urban lifestyles and nature, says Apostrophy’s. The designers wanted a solution that was tailored to the limited space of a townhouse yet dramatic and effective. They placed carefully selected plants on a series of vertical shelves, adding UV lamps and a watering/fertilizing system in so that the residents wouldn’t have to constantly climb ladders to keep the greenery alive. 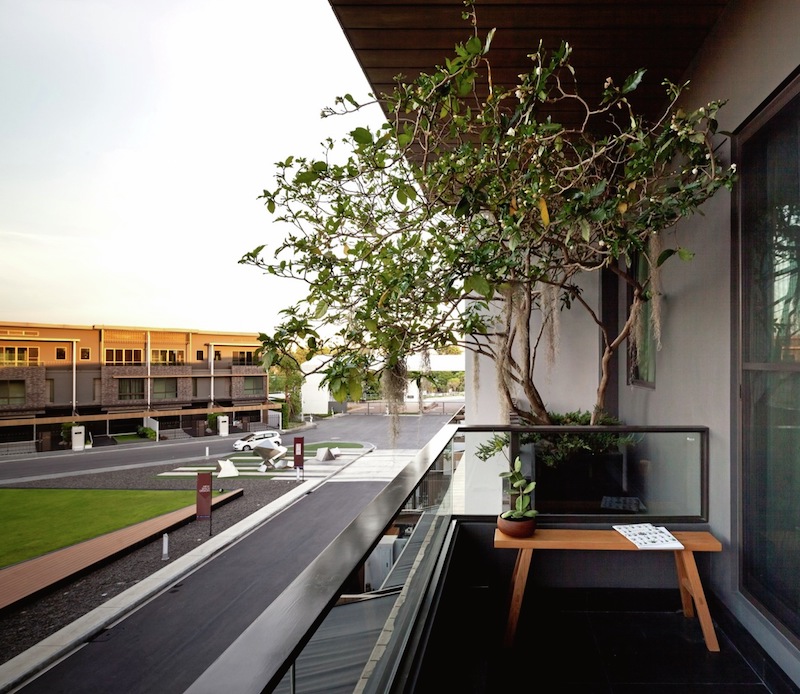 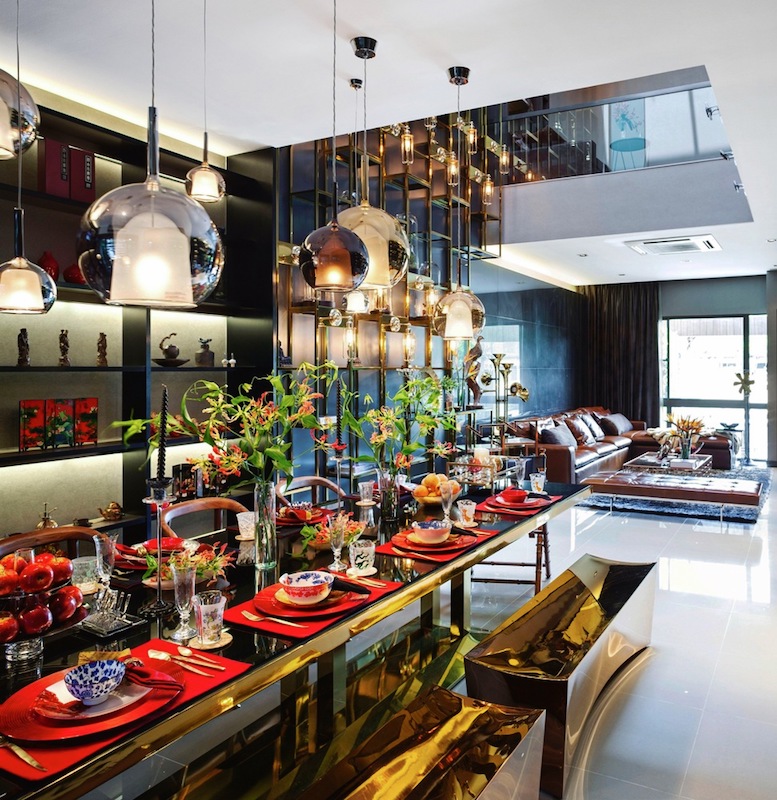 Deliberately oversized furniture, such as an extra-long dining table, complements the stark black-and-white color scheme, which is in turn accented by gold vertical shelving. Each floor has its own theme, with the bottom level representing the earth and the origins of life, the second representing terrestrial animals, and the third representing air, wind, and insects.

The designers mixed the owner’s eclectic personal collection of furnishings and decorative objects from global travels with their modern twist on classic Asian aesthetics. High-end modern furniture from the West contrasts with chinoiserie, which the designers define as “the reinterpretation of oriental ornament into Western tradition.” 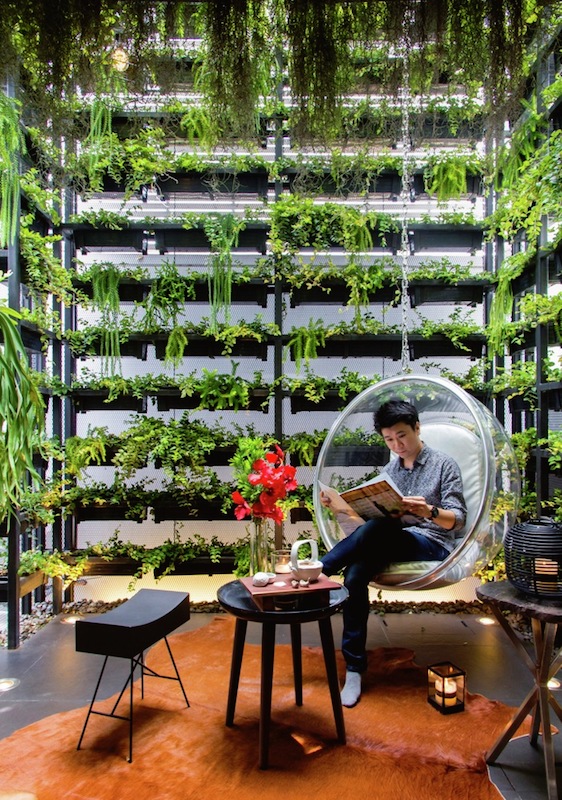 “Thus, the overall space would be elegant as the Western style but still keep the soul of the East,” they say.

It might not be a replacement for parks, but you have to admit, sitting in that acrylic bubble chair gazing up at the sky through the leaves of hundreds of plants isn’t a bad way to adjust to city living.