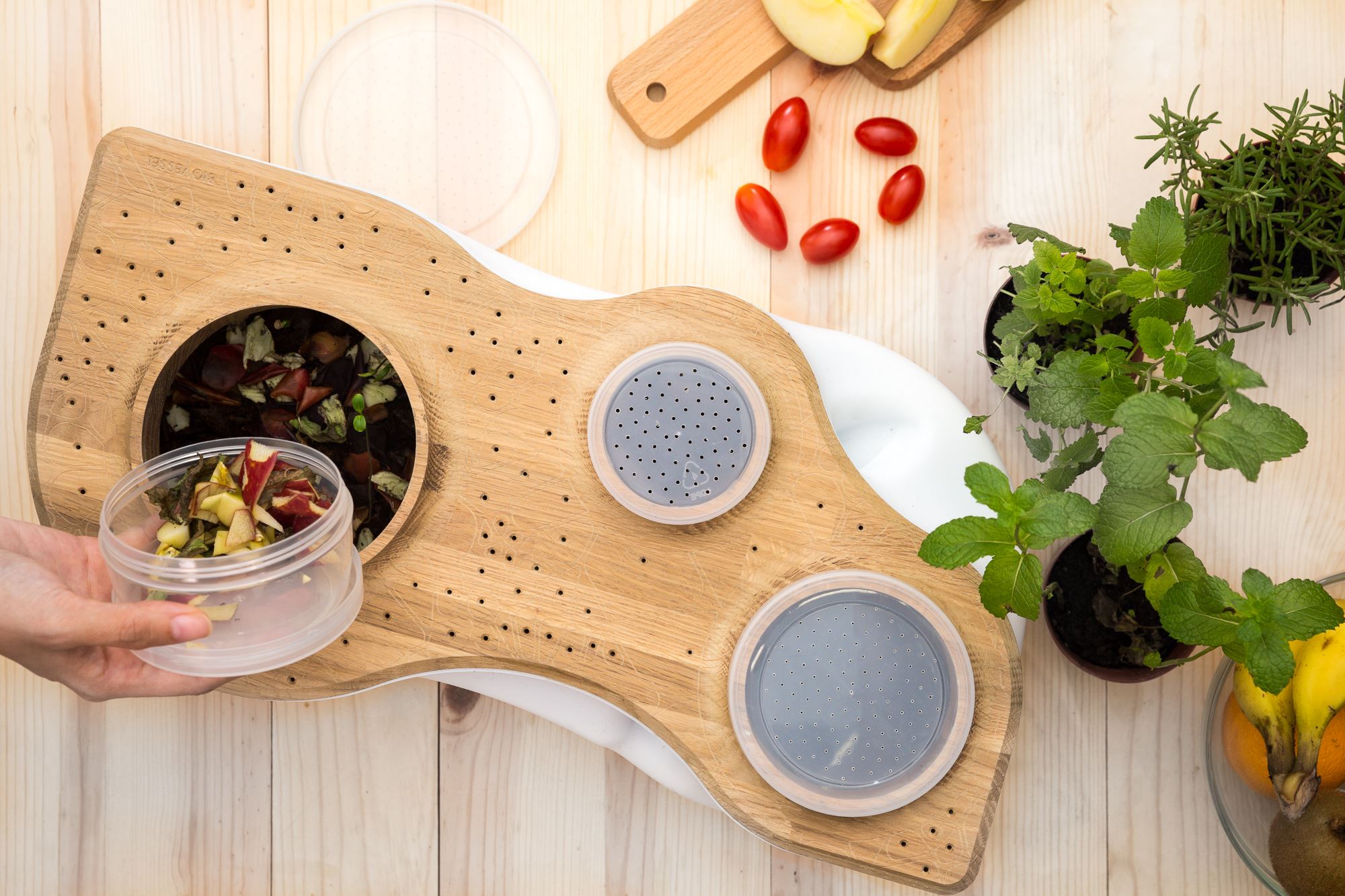 Composting in your kitchen no longer means a clothespin for your nose and involuntary shivers at the thought of slimy veggie waste and ravenous, wriggling worms.
Bionicraft aims to make turning food scraps into soil loaded with nutrients both easy and stylish with its Biovessel, which bounded past its crowd-funding target and will be shipping early in 2017.
Why is composting important? Well, there are several reasons.

The first is that in the U.S. alone we waste a staggering 45 percent of the fruit and vegetables produced. Gas is wasted because garbage trucks have to drive that waste to the dump. Then 21 percent of U.S. landfill space is taken up by food waste, and as that food waste decomposes, it releases greenhouse gases — 7 percent of our total, in fact, which mirrors the worldwide amount of gases released by food waste.
Those are compelling statistics. 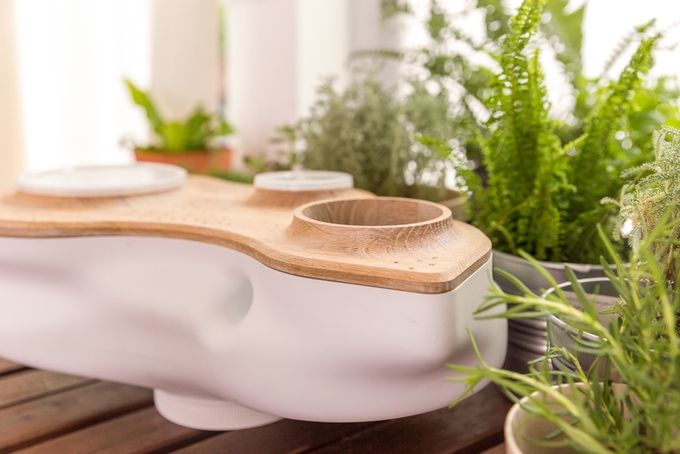 The Biovessel lets you put your own dent in those numbers, and at the same time you can see nature and science in action in your very own kitchen. You’ll even end up with nutritious soil to feed your houseplants or garden. 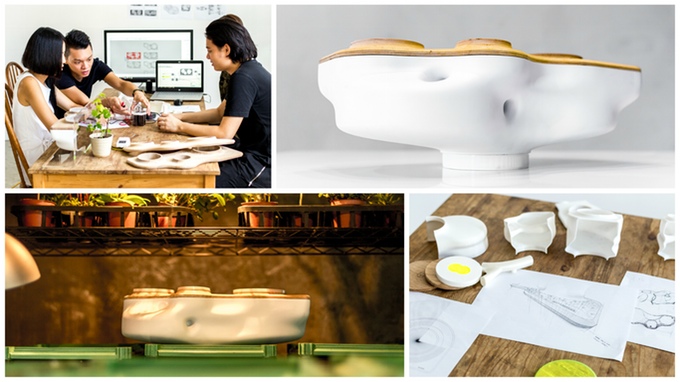 While the Biovessel has a unique, curvy, appealing shape, it was not designed by people, but rather “from the data collected and compiled from 20-plus months of biological research, experiments and observation on the process of food waste decomposition,” explains the company. A special algorithm then created Biovessel. “Being defined and designed by nature, the ecosystem that BioVessel creates is most suitable for its inhabitants and is one that is most effective and most convenient for its users,” adds the creative team. 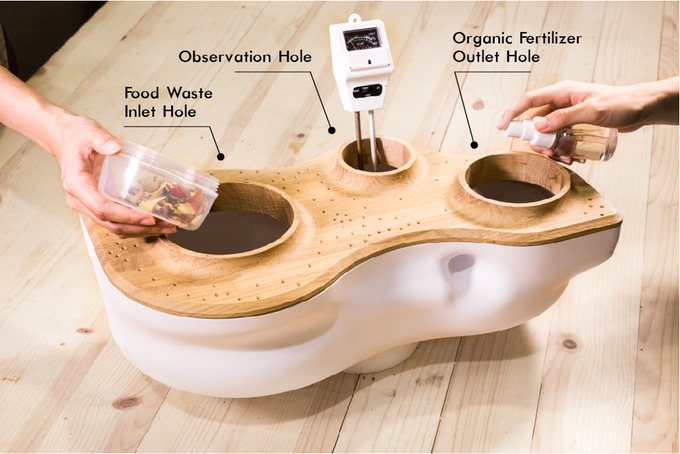 Even the ventilation holes on the top caps are inspired by nature: They “imitate the patterns of sunflower seed spirals,” say the inventors. “Using the Golden Ratio and air permeability as parameters, we achieve the most optimal state for the internal environment.”
What all this means in practice is that your food scraps will turn into organic fertilizer within a few days if you are an obedient follower of instructions. You need the right amount of soil and sawdust, and a supply of earthworms — about one pound, say the Biovessel team. 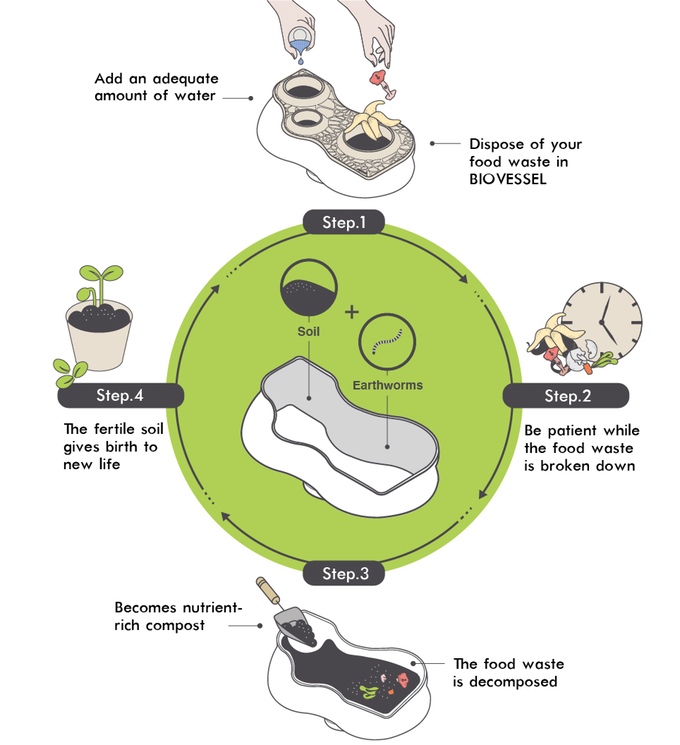 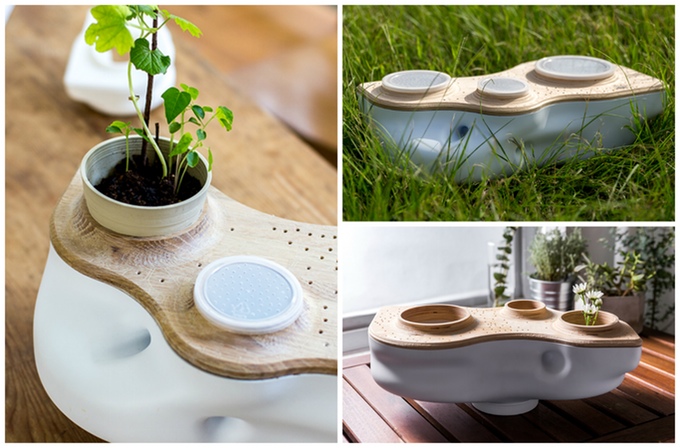 Continue reading below
Our Featured Videos
Yes, the earthworms do all the heavy lifting here, chomping down on your cucumber peel and apple cores and transforming them into wonderful soil.

Watch the time-lapse video (above) for a view of the impressive process — but perhaps keep the lights on while you view it.
The worms eat the scraps before they can start to smell, so they are key players in keeping the system odor-free. And there’s no way they can escape, so put that right out of your mind. 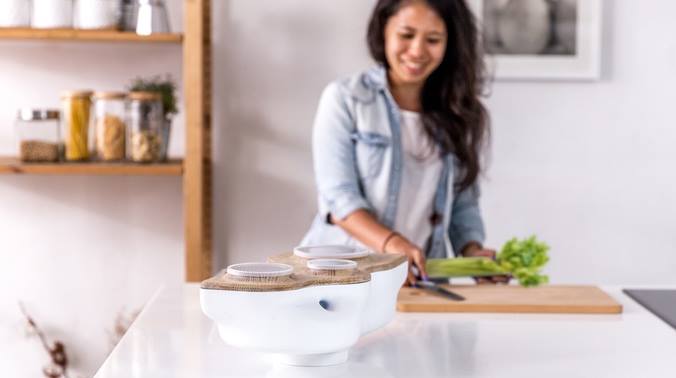 In fact, apart from buying the worms and throwing in the soil and some water, you pretty much only have to add your kitchen scraps as you prepare meals. Well, you do have to check the moisture, light and pH level through the Observation Hole — but the Biovessel arrives with a special probe to help you do that, so it’s not a big deal.
Then just twiddle your thumbs while you wait for the worms to do their thing, and marvel at the wonder of nature.