In many countries around the world, kids have been out of school for months due to the COVID-19 pandemic, and now we’re officially heading into summer vacation. If you’re a parent, chances are you’re running out of ideas to keep them entertained (or just out of your hair). If you want to give them something fun to do and somewhere else to be, even temporarily, IKEA Russia has offered up a series of fort plans that can be made with common household objects. 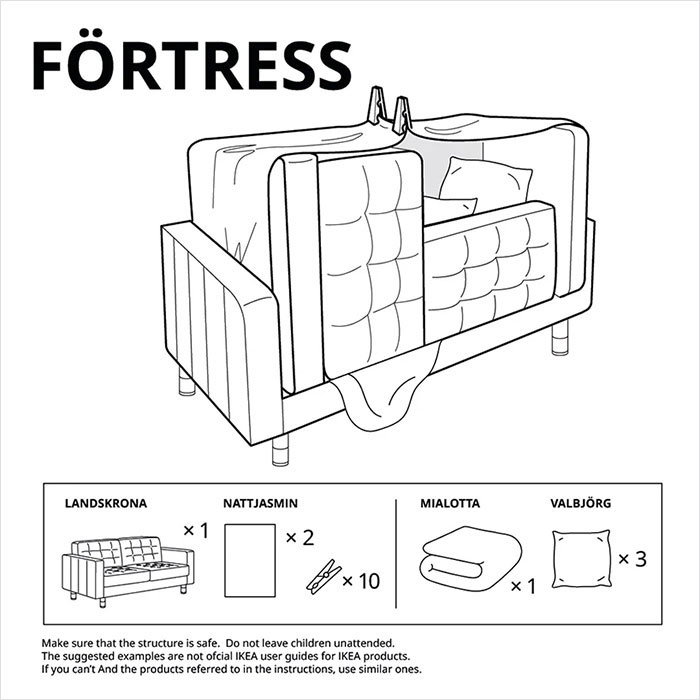 Created by ad agency Instinct as part of the brand’s 20th anniversary in Russia, the campaign features six designs for homemade forts and tents: Cåstle, Wigwåm, Cåve, Cåmpingtent, Förtress, and Höuse. Of course, the brand’s own products are featured as the components of each one, but you can always get creative and replace them with whatever you have on hand. 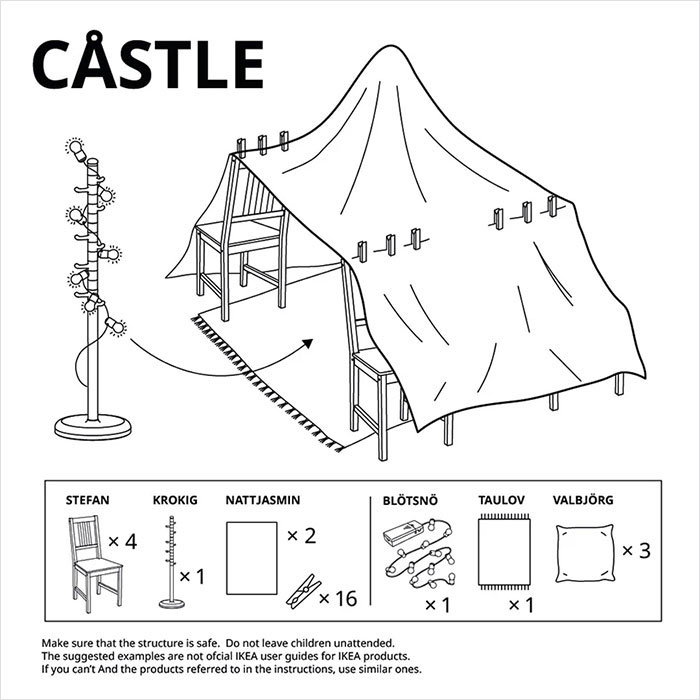 “Cåstle” uses four chairs, a vertical clothing stand, two sheets, clothespins, a battery-powered string light, a blanket, and three pillows to create a spacious illuminated fort that’s probably big enough for adults to use as well as children, if you’re so inclined.

“Förtress” consists of a couch and its various cushions, a sheet, clothespins, a blanket, and pillows. The cushions are lifted up and used to create a barrier, while the seat provides cover overhead. 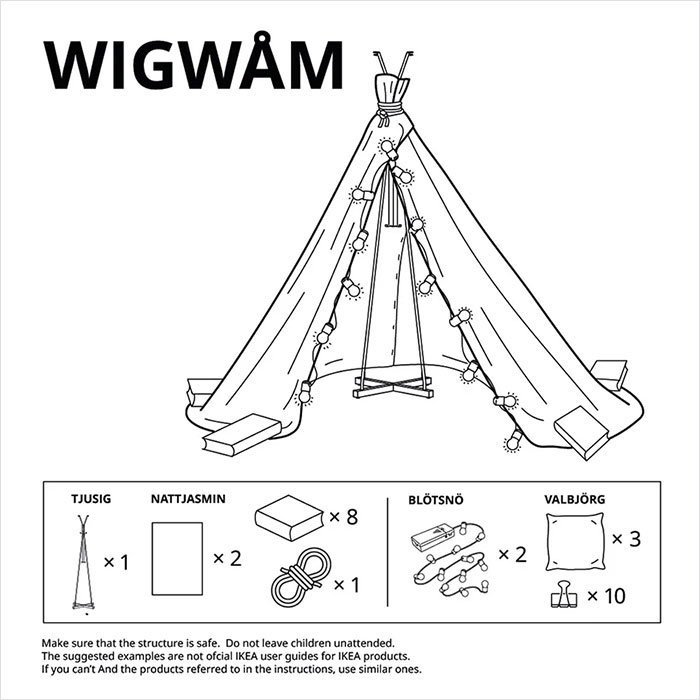 “Wigwåm” mimics the shape of an indigenous tipi with a clothing stand, sheet, books, rope, another string light, pillows, and clips. You could probably use tent poles, crutches, or even branches if you don’t have the “TJUSIG” element handy. 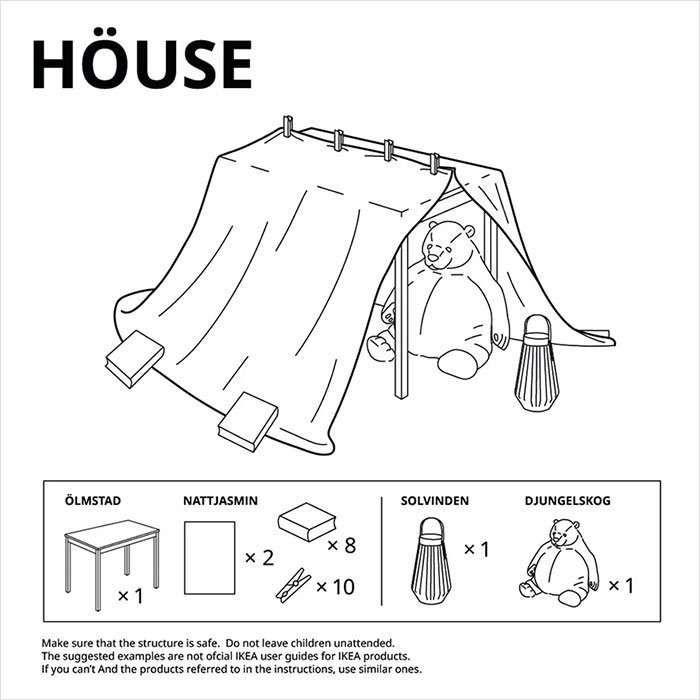 “Höuse” is probably the simplest and most familiar shape, made by simply draping a couple sheets over a table and securing them with clothespins and books. Add a light and a stuffed animal if you like. 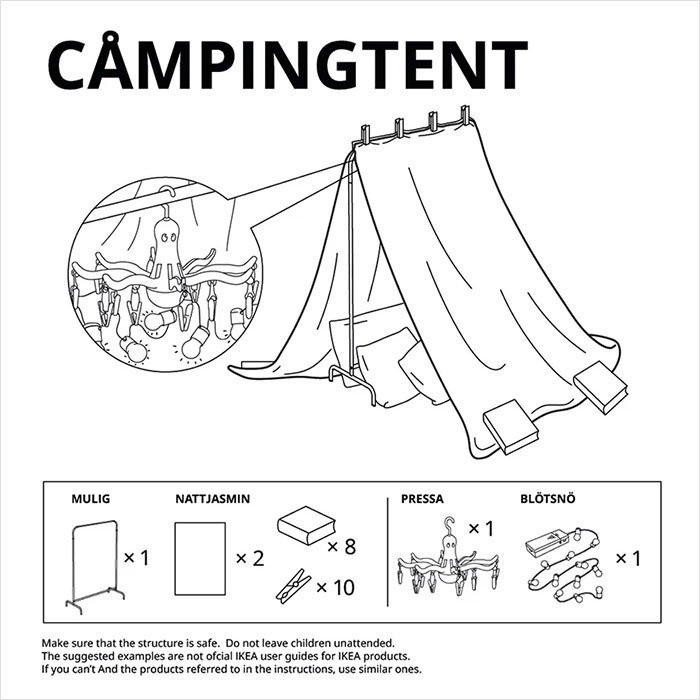 “Cåmpingtent” replaces the table with a clothes rack and adds an extra fun element: the octopus-shaped “Pressa” hanging clothes dryer in the center for the string lights. 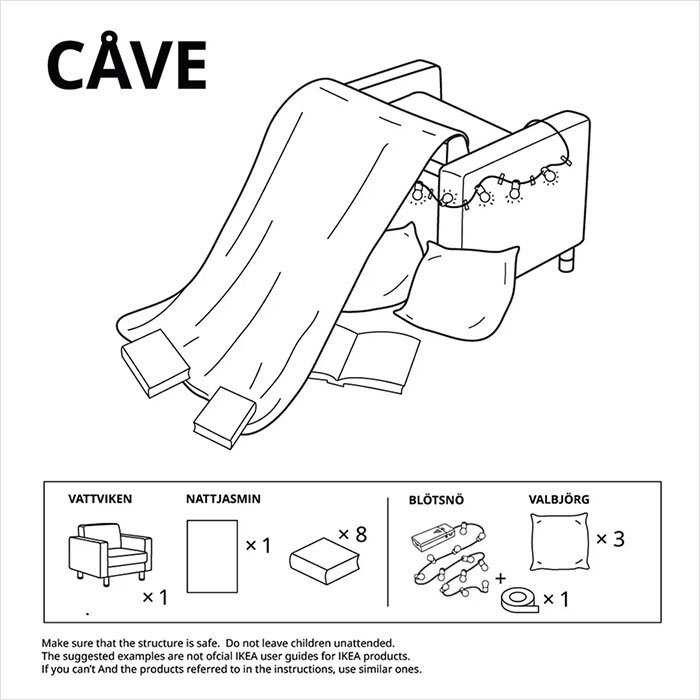 “Cåve” uses an armchair, a sheet, books, a battery-powered string light, and three pillows for a small and simple fort that will take no time at all to clean back up when the kids are done with it.

You can find real-world examples of what these forts look like on Instagram under the hashtag #явдомикеИКЕА. The results are pretty cute! 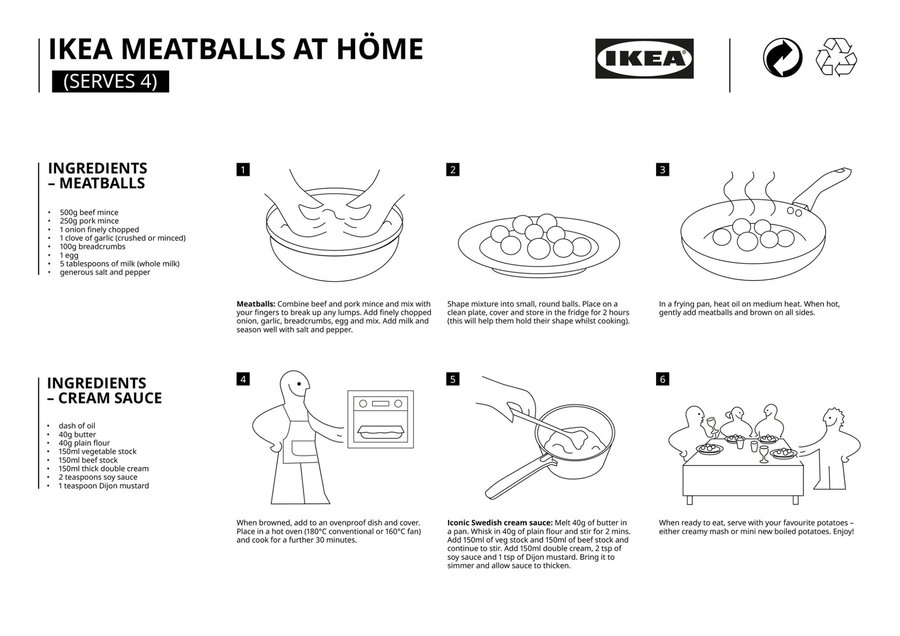 IKEA has had its own unique ways of responding to the coronavirus pandemic in its various locations around the world while many of its stores remain closed. For instance, the furniture giant shared its recipe for its famous sweet and savory Swedish meatballs so you can make them at home, including the “iconic Swedish cream sauce” made with flour, butter, cream, soy sauce, and Dijon mustard. 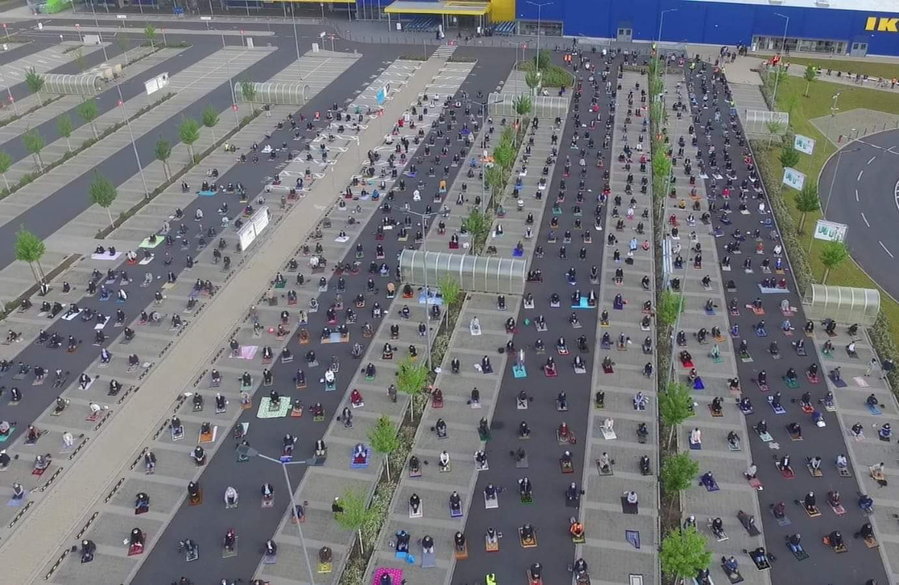 In Germany, the company allowed the massive parking lot of a closed store near Frankfurt to be used by observants of Islam to pray together during Ramadan while observing social distancing laws. Over 800 Muslims were able to safely gather while remaining at least six feet apart for an important closing prayer on Eid al-Fitr, the end of the month-long fast.