An innovative new trash can has been designed to convert food waste into plant food using an odorless Japanese method that breaks down refuse through fermentation. The Taihi bin, conceived of by industrial designer Ben Cullis Watson, was inspired by the vast amounts of household waste produced in the UK every year — much of which ends up in toxic landfill sites despite being compostable and recyclable. The bin composts household trash using the Bokashi method, which typically employs an inoculated bran to break down both vegetable and meat waste. In this case, however, a special activator liquid is sprayed on the bin’s contents to speed up the decomposition process. The microorganisms contained within this agent quickly break down the refuse and convert it into two products: compost and liquid plant food. 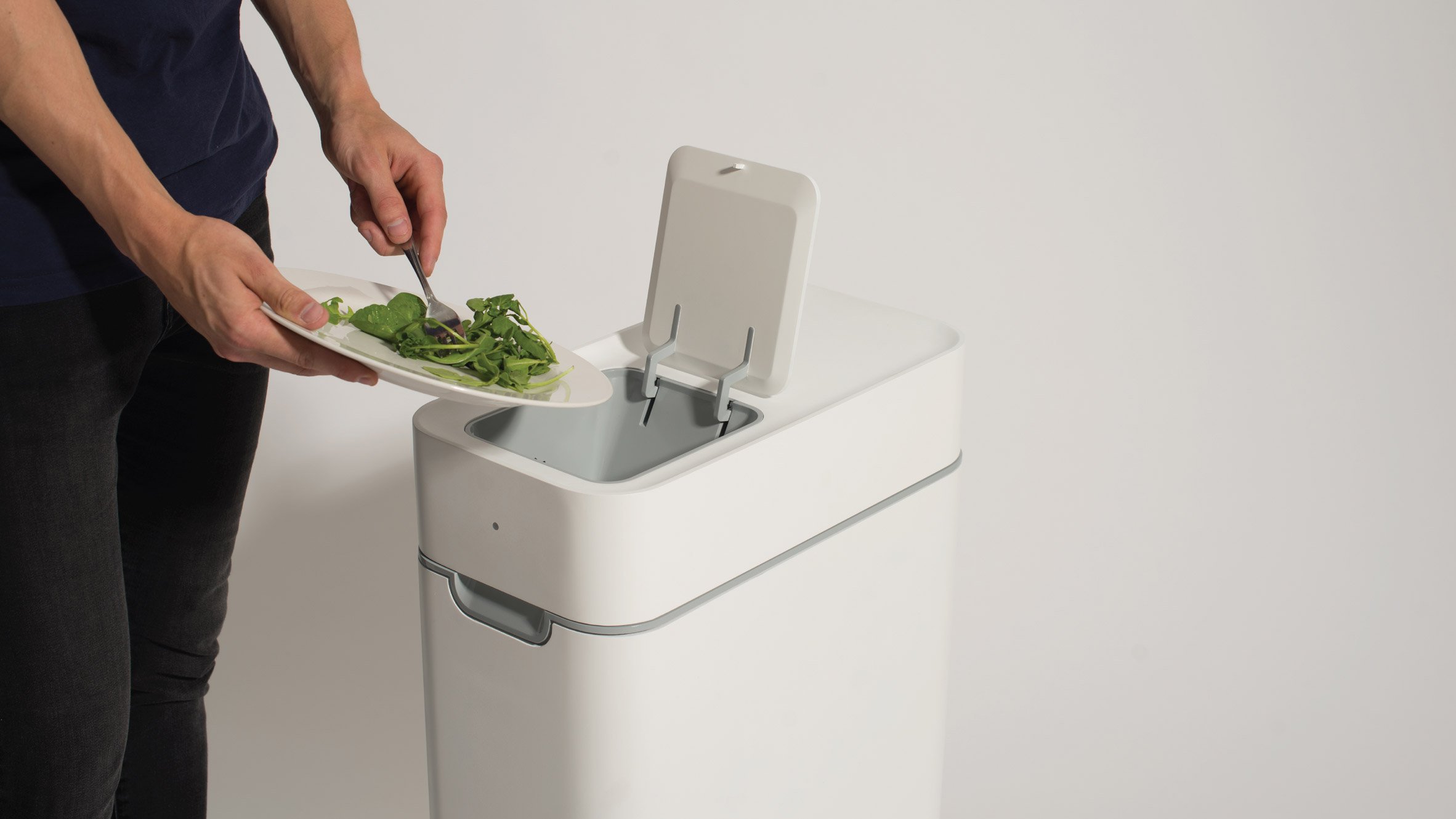 Taihi’s uniqueness lies in both its aesthetic and in the process it uses. The bin bears the sleek, minimal appearance characteristic of Japanese design and is available in either black or white. It’s also been equipped with some ingenious functional features. Firstly, it uses a double lid system with rubber seals to keep foul odors from escaping, meaning the mess and smell associated with trash will be firmly sealed inside and away from the user’s home environment. Secondly, the bin collects the liquid that’s produced during composting in a separate container, which can be individually removed when it comes time to water the plants. 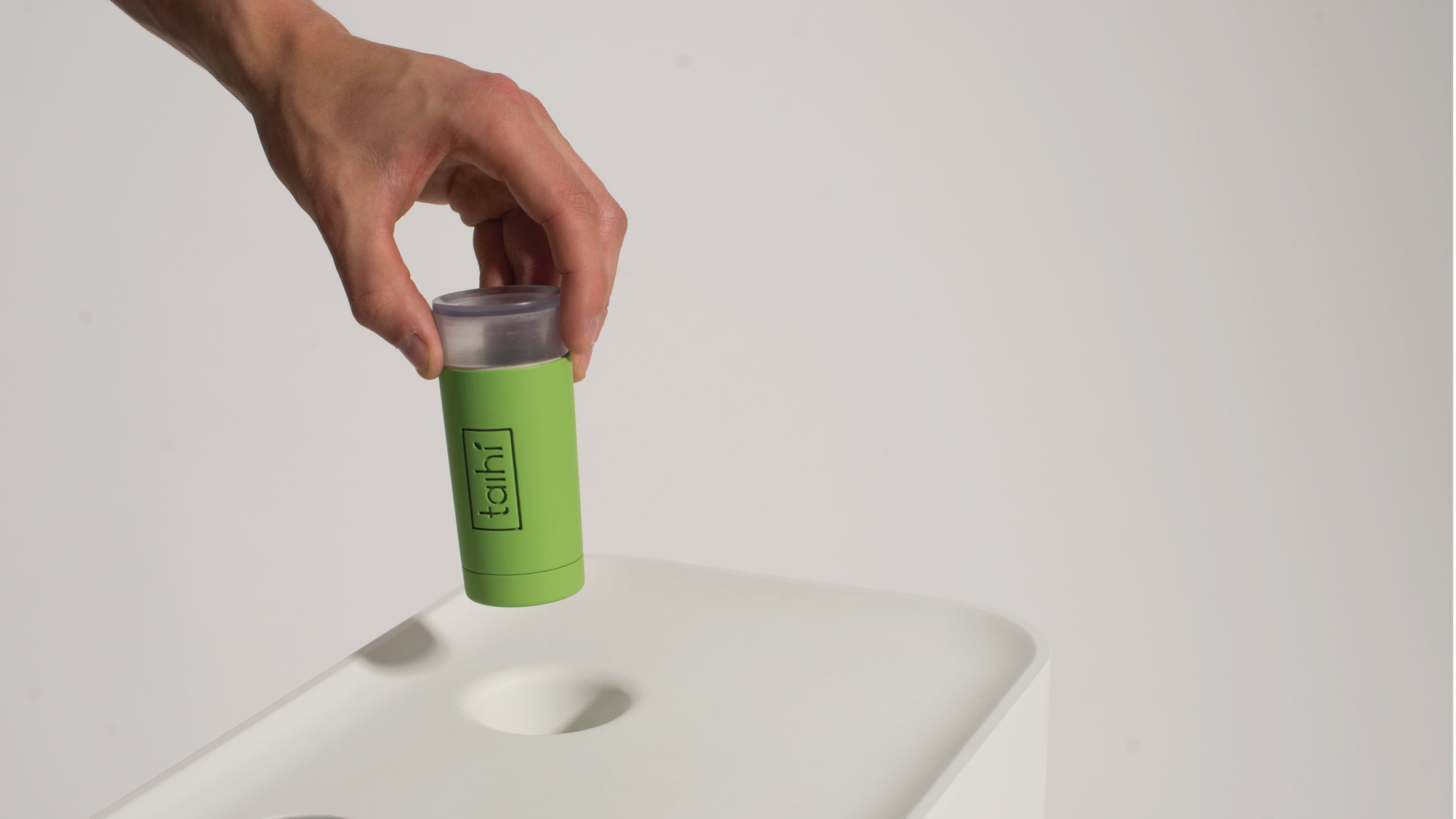 The solid compost matter is stored inside the unit and doesn’t have to be turned like it does when you’re using other composting methods. The liquid activator allows the decomposition process to happen much more quickly and efficiently than it naturally would, taking just two weeks! Taihi has also been covered with a special, easy-to-clean coating that makes emptying it the easiest thing in the world.

One of this odor-free compost bin’s biggest novelties is how it has managed to reinterpret the Bokashi system (and the traditional composting system itself). Other systems employ organic composting agents like worms, which can be a little unappealing to homeowners. Taihi, by contrast, has automated the entire process, and it’s pleasing design makes it easy to incorporate into all kinds of kitchen decor while remaining unobtrusive.
“Trying to change people’s perceptions of waste and make it as ‘sexy’ as possible is part of the challenge, and something I relish as a designer,” says creator Ben Cullis Watson. “Products already on the market use things like worms and turning mechanisms, but I wanted to find something that was different. I stumbled on bokashi in an online journal and thought its simplicity was perfect.” 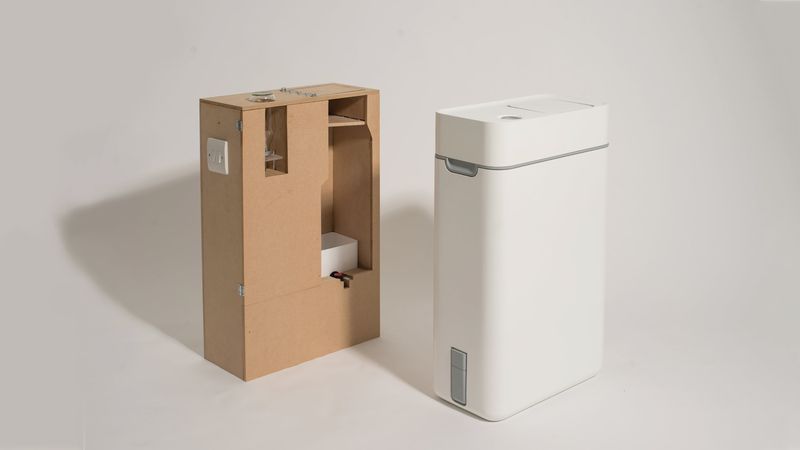 Continue reading below
Our Featured Videos
Taihi has already been lauded by the James Dyson Foundation and given the 2017 New Designers Joseph Joseph Brilliantly Useful Award. Watson now plans on taking Taihi forward with a second, more ready-made design. The odorless compost bin’s initial design was produced when he was still studying Product Design and Technology at Loughborough University. Unfortunately, the trash can is not currently available for purchase, but Watson is already in talks with two business incubators and hopes to make it retail-ready sooner rather than later.