Mechanized, motorized, and programmable movements have been a subject of scientific interest for decades now. The more challenging task, however, is figuring out how to facilitate movement across more complex three-dimensional terrain like debris or rubble, particularly for engineers seeking to innovate in the field of search-and-rescue robotics. 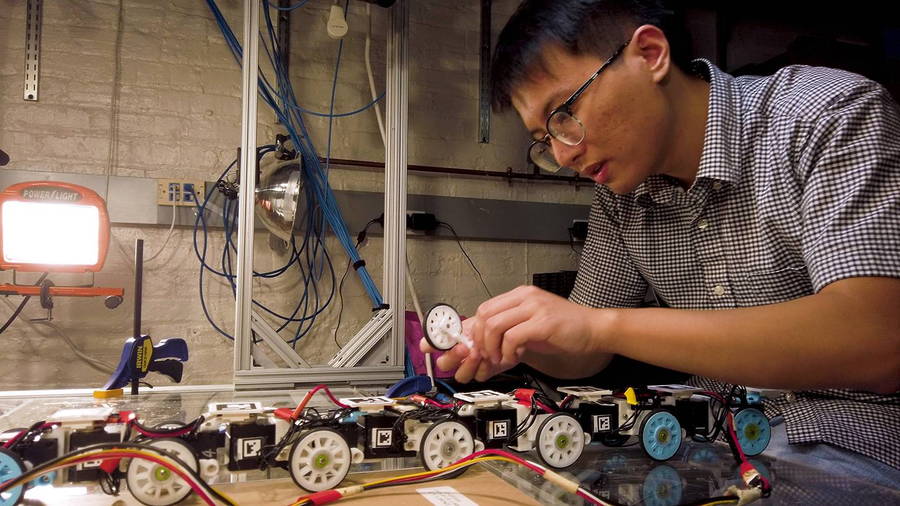 Thanks to some insights learned from studying the behavior of kingsnakes, a team from Johns Hopkins University’s Terradynamics Lab, spearheaded by Mechanical Engineering Assistant Professor Chen Li, has just broken ground in this area. The team’s cutting-edge research was published in both the Journal of Experimental Biology and Royal Society Open Science.

“We look to these creepy creatures for movement inspiration because they’re already so adept at stably scaling obstacles in their day-to-day lives,” explains Li. “Hopefully our robot can learn how to bob and weave across surfaces just like snakes.”

Kingsnakes in particular were selected for a number of reasons. Firstly, they’re nonvenomous to humans, meaning they wouldn’t be able to harm any of the researchers. Second, they’re a docile species commonly kept as pets, making them much easier to handle and acquire that other kinds of snakes. Kingsnakes are also very versatile, having proven highly adaptable to varied landscapes including deserts, forests, and even lush tropic regions. They can traverse dry grasslands and the wet terrain of riverbanks and swamps. Even burrowing in the ground is natural for them. They can likewise anchor, brace, and grip with just as much dexterity as they slither and sidewind, whether the obstacles are smooth and small or rough and large. 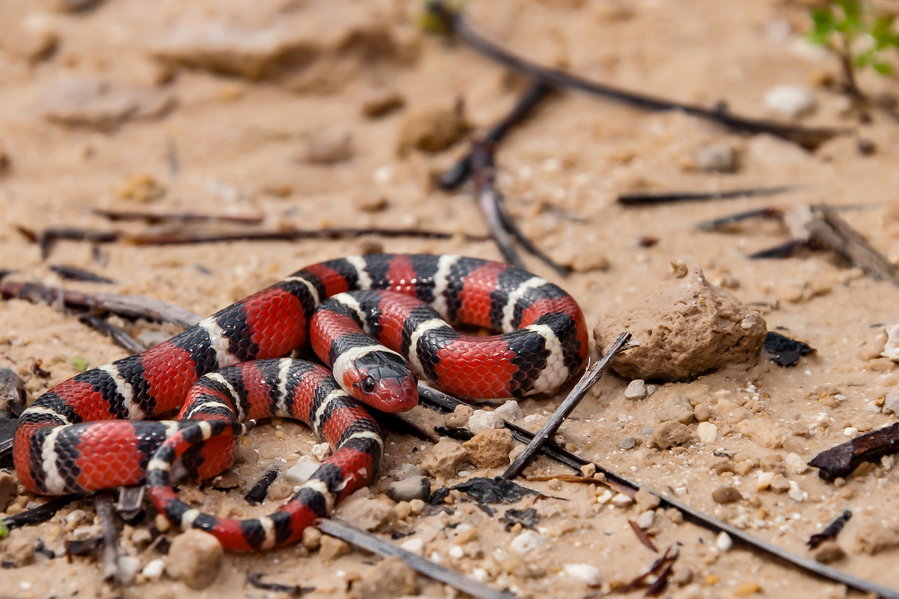 To better understand kingsnake movement, Li and his team devised a set of experiments, each with a different set of parameters. These varying conditions centered around adjusted “step height and surface friction” to document how the kingsnakes “contorted their bodies in response” to different kinds of obstacles.

The team’s findings revealed that the snakes controlled their body movements by “partition[ing] their bodies into three movement sections.” On the top and bottom steps, the front and rear section of the snake’s body tended to undulate horizontally like a wave. The middle section stayed rigid during this time, “hovering just so to bridge the height of the step. The wriggling portions, they noticed, provided stability to keep the snake from tipping over,” reports HUB Johns Hopkins University.

They also found that the kingsnake combined both “body lateral undulation and cantilevering to stably traverse large steps.” This means that every time it moved, the front part of its body would extend and lengthen, the back part would shorten, and the middle section would stay about the same as the snake was suspended between the two steps. It was the wriggling portions that gave the reptile enough stability to keep from tipping over. 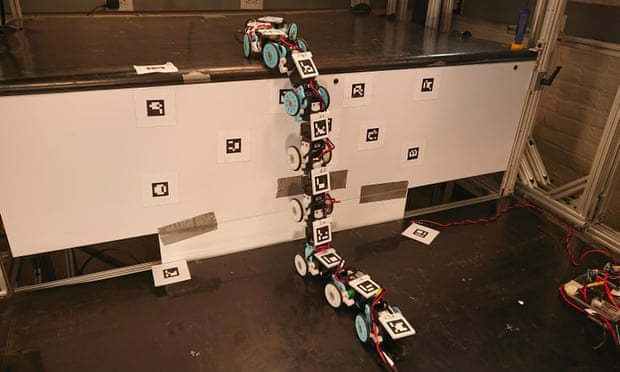 When the researchers varied the friction and the height of the steps, the kingsnakes adjusted their movements accordingly. Steps that were taller and more slippery prompted them to decelerate and undulate their front and back partitions less for better stability.

Based on these observations, the team then developed their first snake robot design as a model bio-mimicking the locomotion concepts they learned. Unfortunately, this prototype was only able to climb a small distance before destabilizing and toppling over. For that exact reason, the next incarnation of the bot was given a suspension system (similar to that of an automobile) that would allow each one of its body segments to compress onto a step’s surface, thereby improving balance across steps. Of course, the one downside of this improvement is its inherent need for more electricity.

Li admits that “the animal is still far more superior, but these results are promising for the field of robots that can travel across large obstacles.”

Overall, the research team was able to create a robot snake that could effectively scale a height that was more than a third of its body length. It also surpassed the performance of previous robots in its ability to traverse large steps, completing the task more nimbly and with greater speed.

The team believes that kingsnakes have proven invaluable in advancing locomotion concepts and their application in robotic design. Li feels the snakes also show promise for further breakthroughs when exploring inaccessible terrain in disaster response, adding that “they’re the masters of movement, and there’s much we can learn from them.”