A Kenyan woman is harnessing her country’s mounds of plastic waste to create both new jobs and bricks that are stronger than concrete. 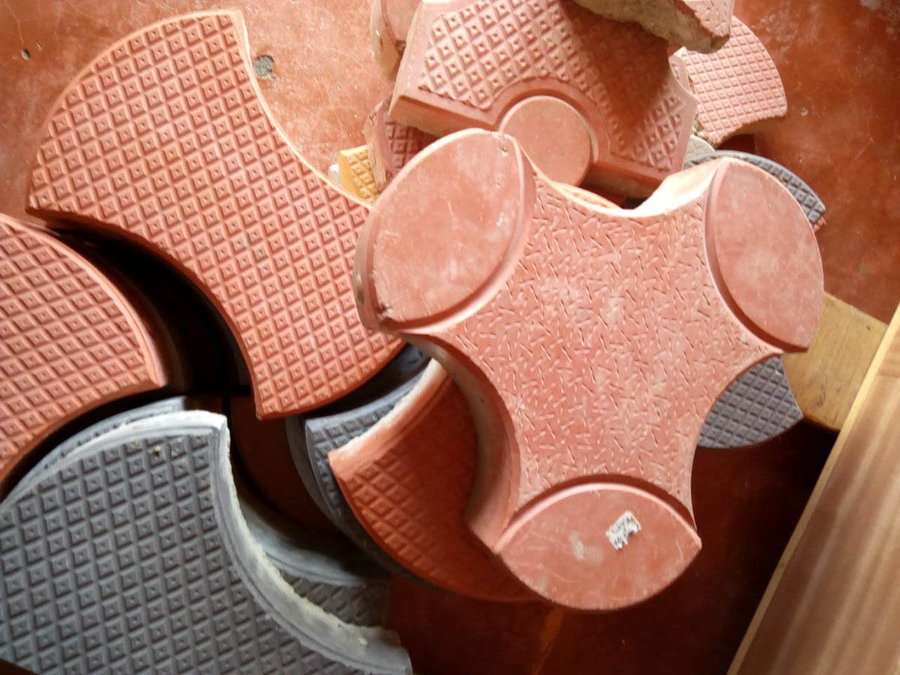 Nzambi Matee, a 29-year-old entrepreneur and engineer, felt compelled to do something after years of seeing single-use bags littering the streets of Nairobi.

“I was tired of being on the sidelines,” Matee says, adding that “here in Nairobi we generate about 500 metric tons of plastic waste every single day, and only a fraction of that is recycled. Plastic is a material that is misused and misunderstood. The potential is enormous, but it’s afterlife can be disastrous.” 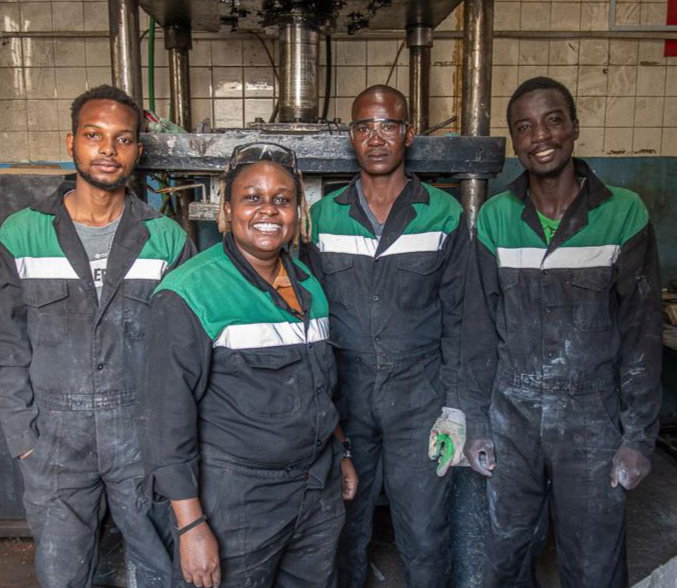 In 2017, Matee quit her job as a data analyst and started experimenting in her mom’s backyard. “I shut down my social life for a year and put all my savings into this,” she notes. “My friends were worried.”

Mixing sand and plastics, she started producing brick-like paver stones. Through trial and error over many months, she was eventually able to determine which types of plastics bound better than others. 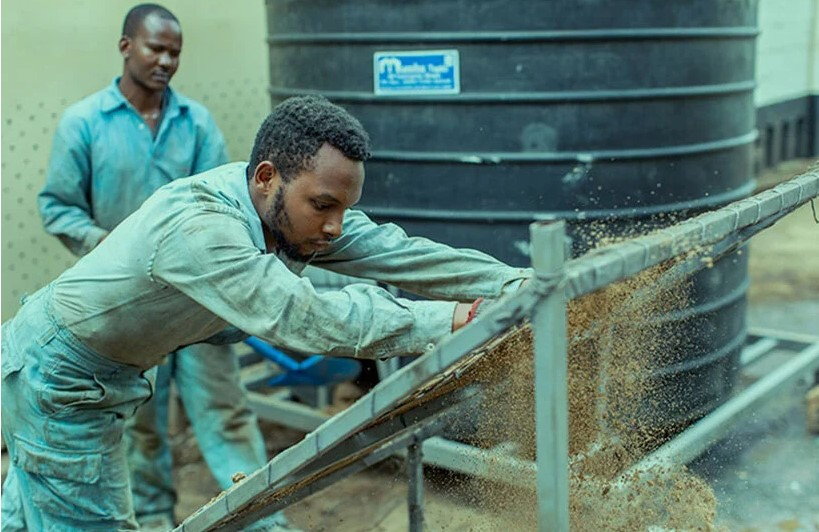 Matee studied material science and previously worked in the Kenyan oil industry, after which she won a scholarship to a U.S. social entrepreneurship training program. This opportunity allowed her to further test her component ratios in the University of Colorado Bolder labs.

“Plastic is fibrous in nature, so therefore, the brick ends up having a stronger compression strength,” she explains. And she’s telling the truth, too. Matee’s pavers have a melting point over 662°F, and they’ve been tested to withstand twice the weight of standard concrete bricks. 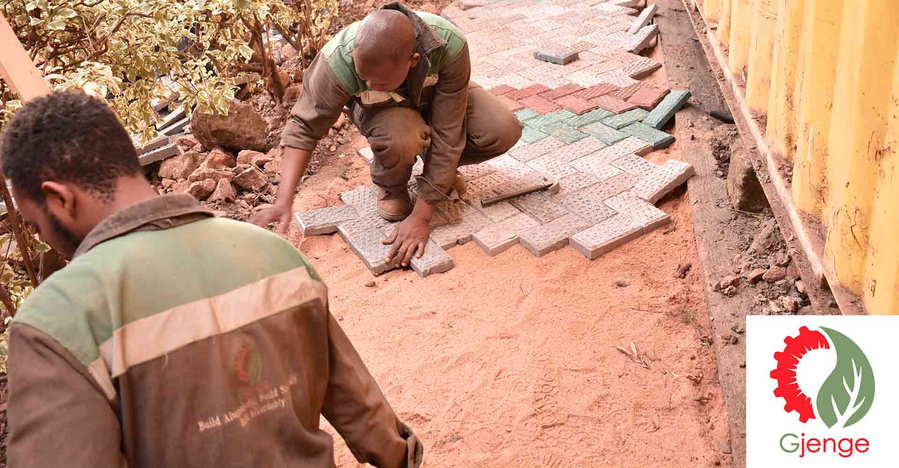 Her startup company Gjenge Makers Ltd, founded in 2018, uses a mix of plastics for the pavers: high-density polyethelene, commonly found in milk and shampoo bottles; low-density polyethylene, the substance that makes up cereal and sandwich bags; and polypropylene, often used in bottle lids, packaging products, and industrial fabrics. However, they do not use polyethylene terephthalate (PET) from single-use bottles.

Gjenge Makers get most of their material from Kenyan factories. “Companies have to pay to dispose the waste, so we solved their problem. That waste essentially comes for free,” says Matee. They do have to buy some supplemental scraps from recyclers, though. 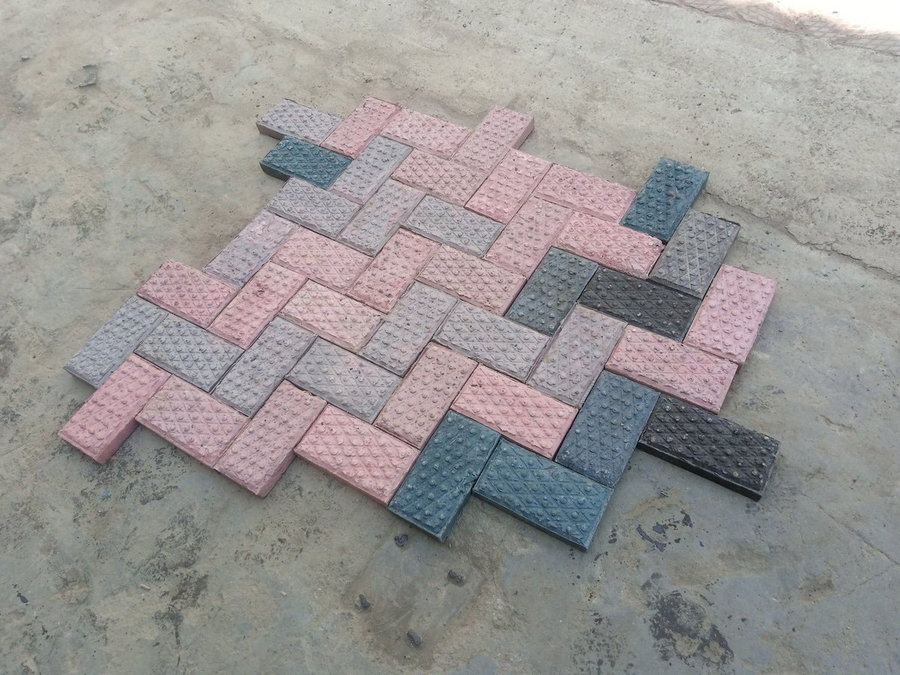 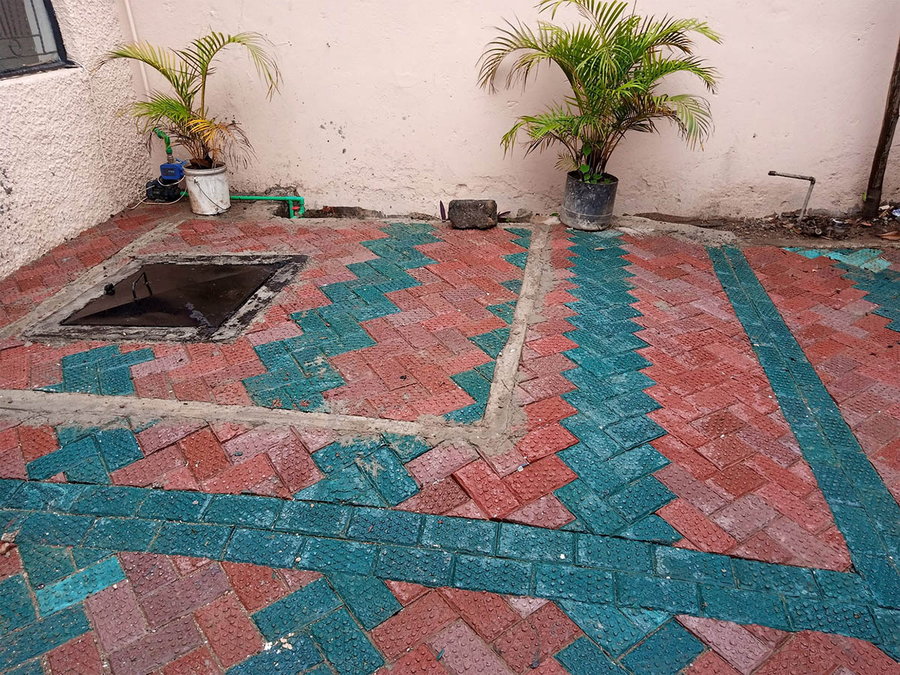 “So far we have recycled 20 metric tons, and we’re looking to push that value to 50 by the end of next financial year,” she adds. Matee and her team can currently produce roughly 1,500 brick per day, all using machines she designed herself.

The bricks are fully certified by the Kenyan Bureau of Standards and come in a variety of colors, including red, green, blue, brown, and gray. They can be very inexpensively made and priced, with a basic gray brick selling for 850 Kenyan shillings ($7.70) per square meter. 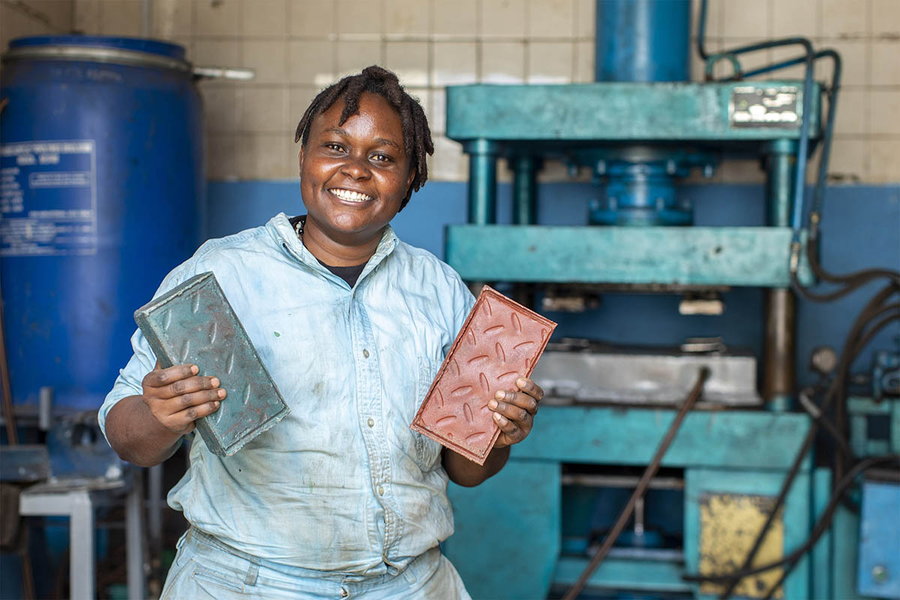 Matee and her company have earned praise from the United National Environmental Program. “We must rethink how we manufacture industrial products and deal with them at the end of their useful life,” says Soraya Smaoun, a UNEP specialist in industrial production techniques. “Nzambi Matee’s innovation in the construction sector highlights the economic and environmental opportunities when we move from a linear economy, where products, once used, are discarded, to a circular one, where products and materials continue in the system for as long as possible.”

As Matee emphasizes, “Plastic waste is not just a Kenya problem, but it’s a worldwide problem.”