Renovating old buildings for contemporary use isn’t always an easy task — especially when the structures need special care — but the payoff can be pretty significant. As an alternative to demolishing older architecture when it’s deteriorating or unable to meet current standards of living, sensitive renovation projects help preserve history and culture for future generations, creating a physical link from past to present and future. 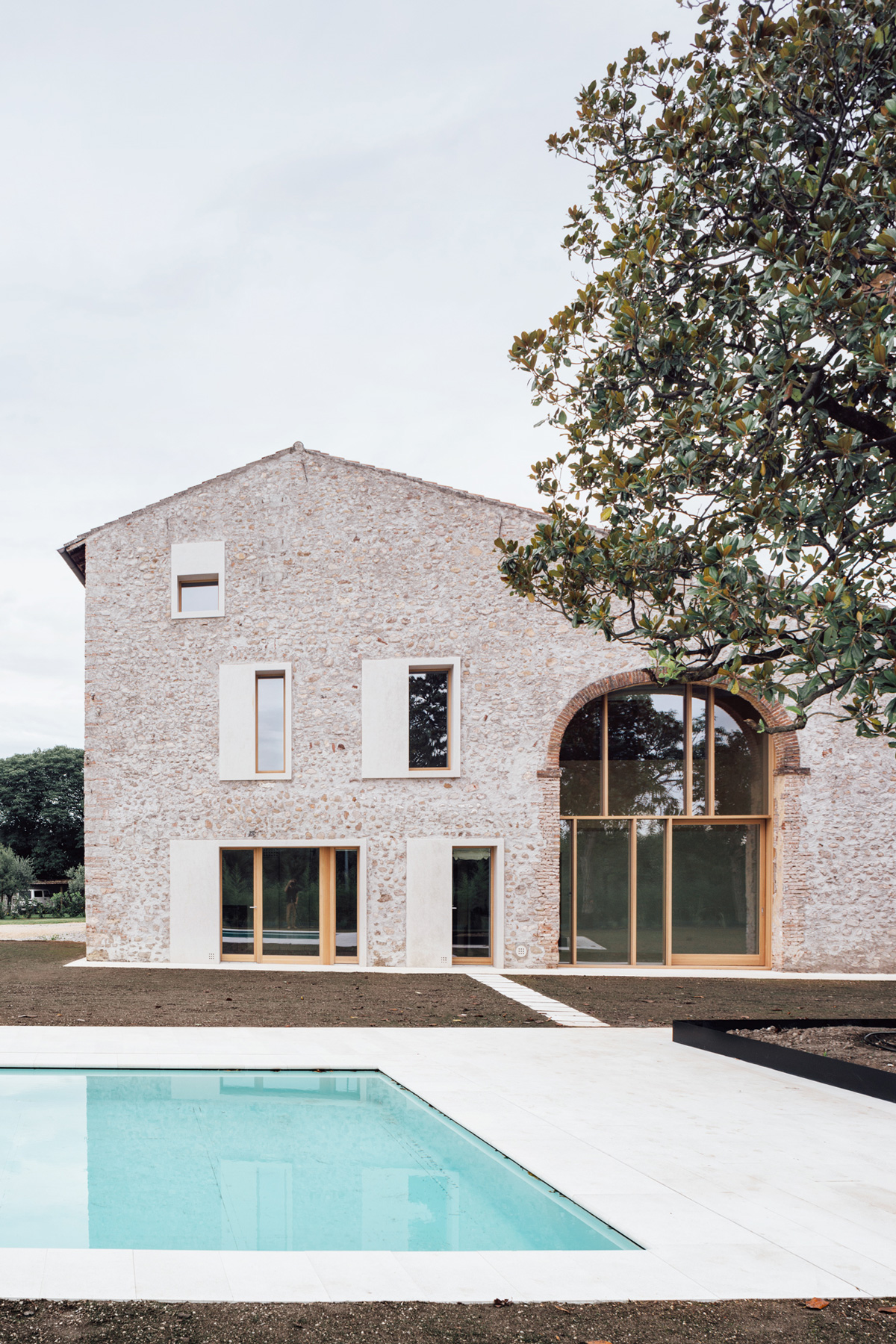 While some renovations take great pains to keep impact on the existing structures to a minimum, others forge boldly ahead with complete remodels, adding contrasting modern elements that visually highlight the passage of time. An example of the former approach might make all modern alterations temporary and removable, like a 300-year-old Japanese home wrapped in a protective extension, or virtually invisible from the road, like a rural homestead that’s sort of like the architectural version of a mullet: traditional from the front, ultramodern out back. In cases like “A Country Home in Chievo” by Italian architecture firm Studio Wok, the original structure becomes little more than an envelope containing a whole new house. 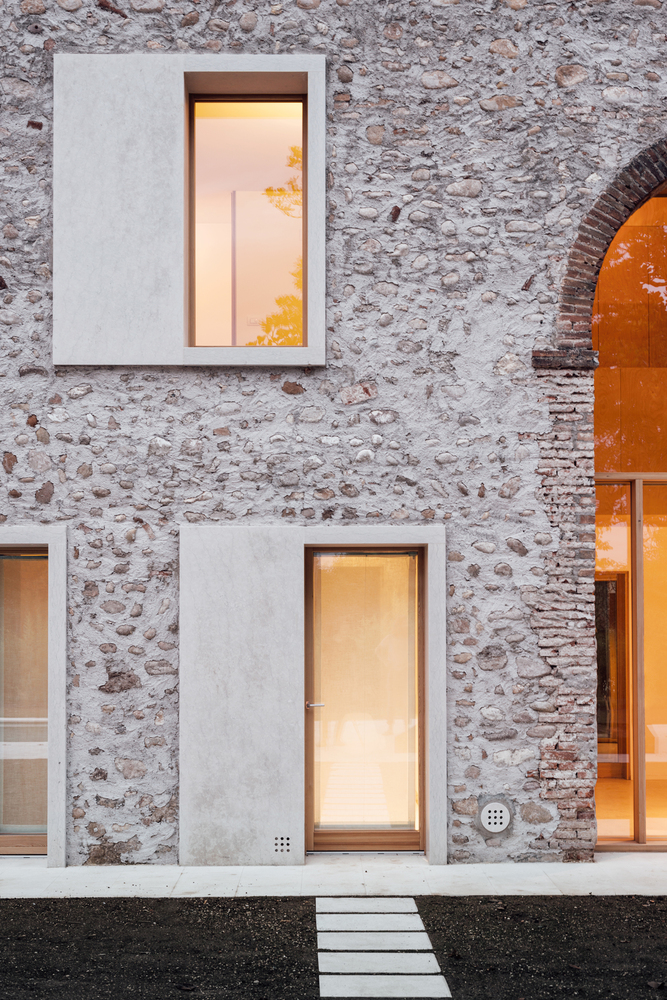 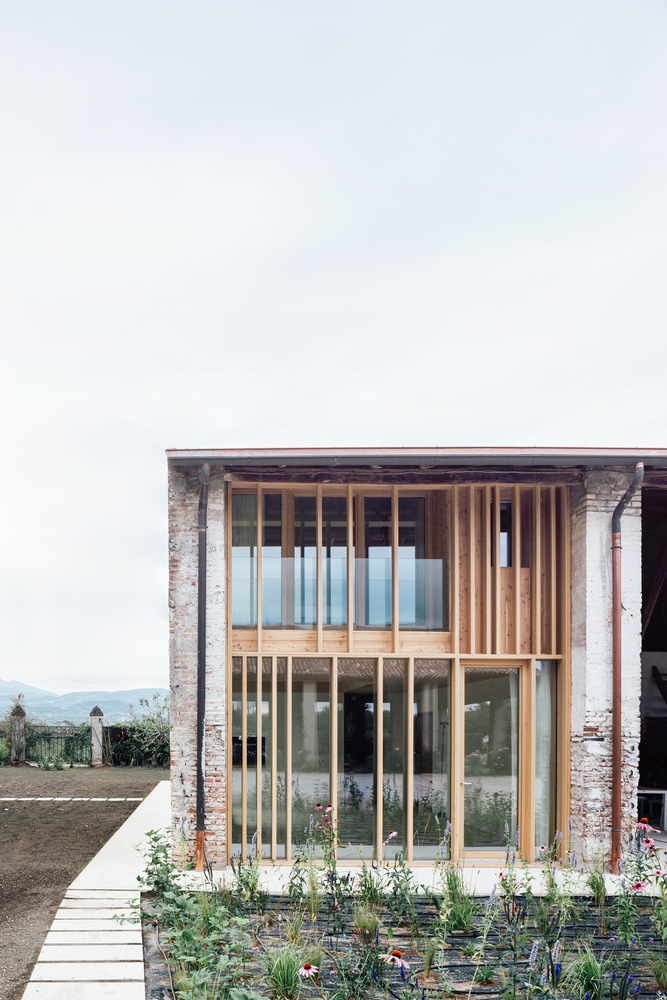 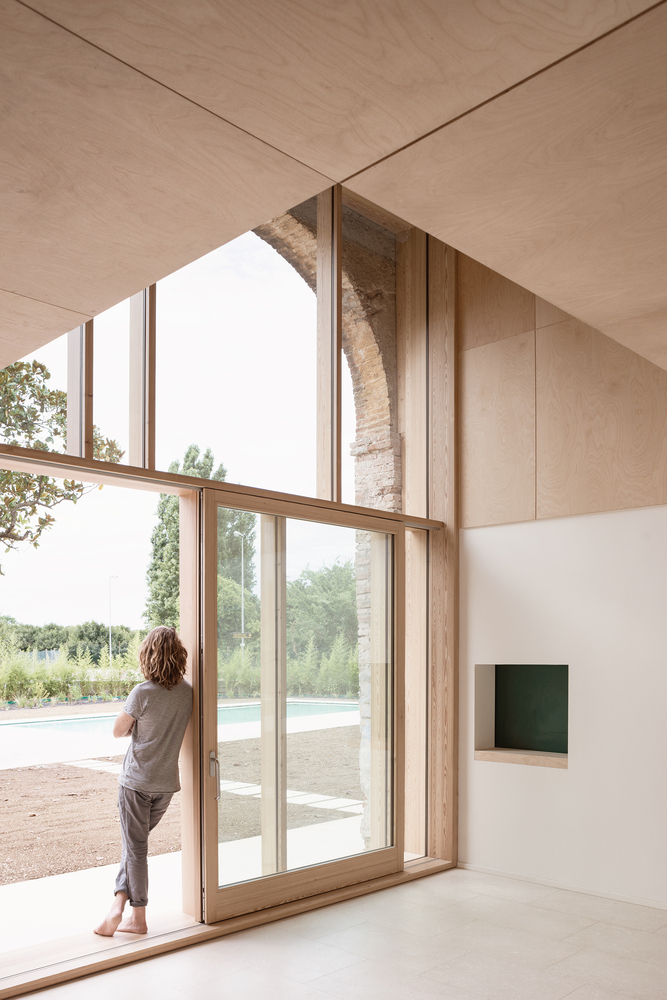 The country villa was actually not a house but a barn in its former life. Located in a rural area outside Verona near the river Adige, the building’s earthy facade offered an intriguing possibility for rebirth as a family residence that maintained traditional architectural typologies of the area with its extensive use of river pebbles and local stone. Since its interiors were almost entirely open, it was essentially a blank canvas for Studio Wok’s vision.

The architects removed the existing barn loft and stalls, adding new interior volumes along with modern energy-efficient doors and windows framed in larch wood. They reopened a large arch facing the garden “as a reminder of the site’s historical function,” focusing views on a mature magnolia tree the clients wished to preserve. 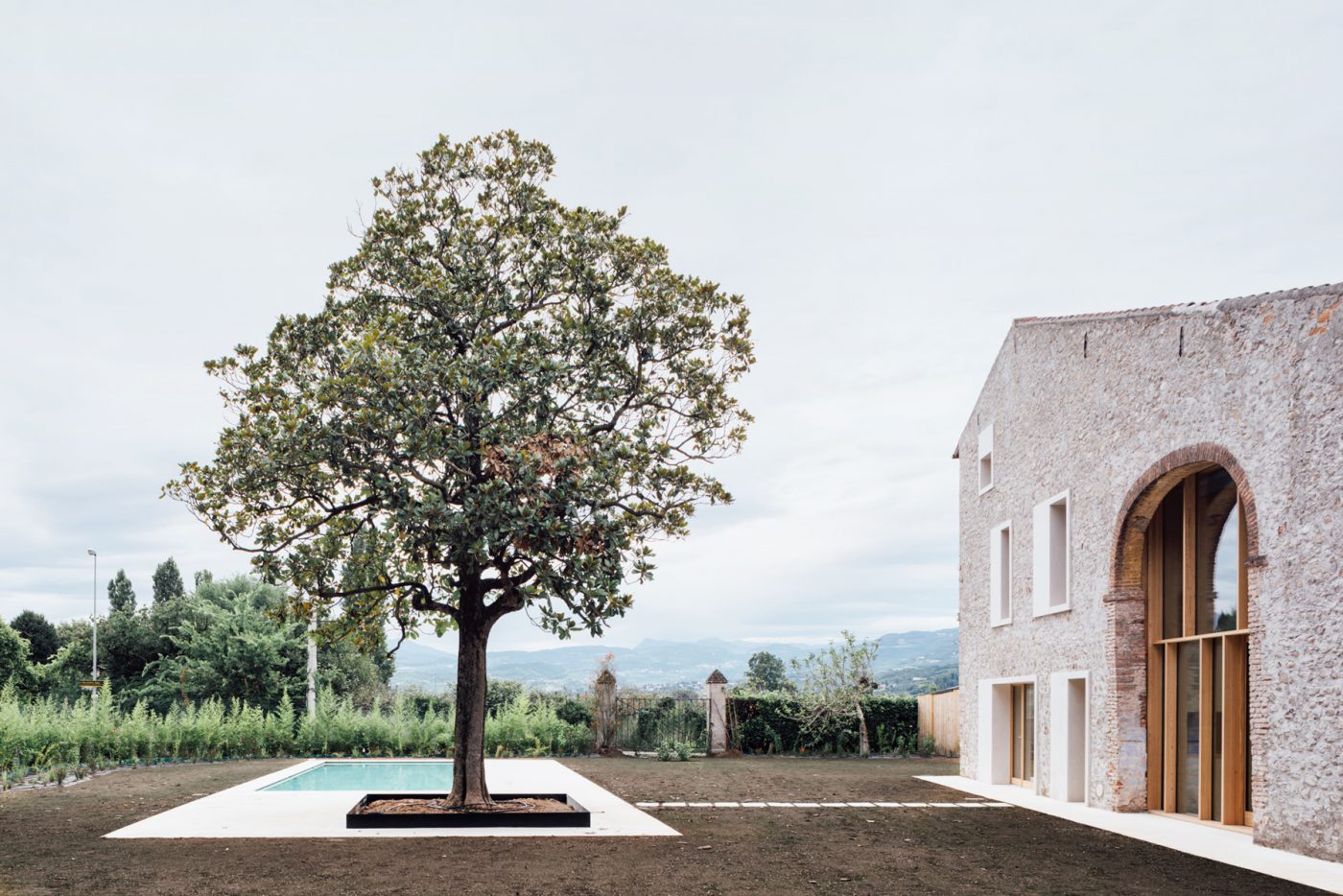 “The project’s leitmotif is a spatial and material dialogue between history and modernity, and it is also characterized by the great care taken in terms of environmental sustainability,” say the architects. “In addition to the use of technical devices and systems for efficient energy, special attention has been given to the surrounding territory and landscape in the use of materials and design choices.”

Inside, birch plywood cladding creates smooth, unfussy surfaces to complement the rugged nature of the stone and brick, defining the interior spaces and making a clear distinction between the older and newer elements of the villa. Set across three floors, the house features a full-height living room, a library with a brick fireplace, and bedrooms tucked into the new wooden volumes that appear to hang from the ceiling. Outside, the all-important magnolia offsets a gorgeous swimming pool. 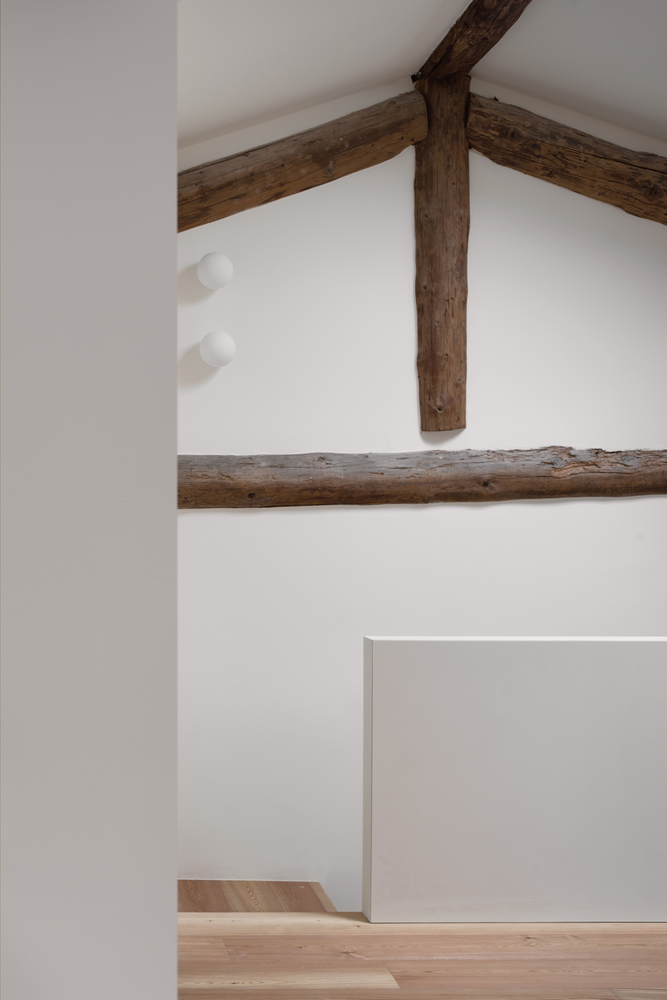 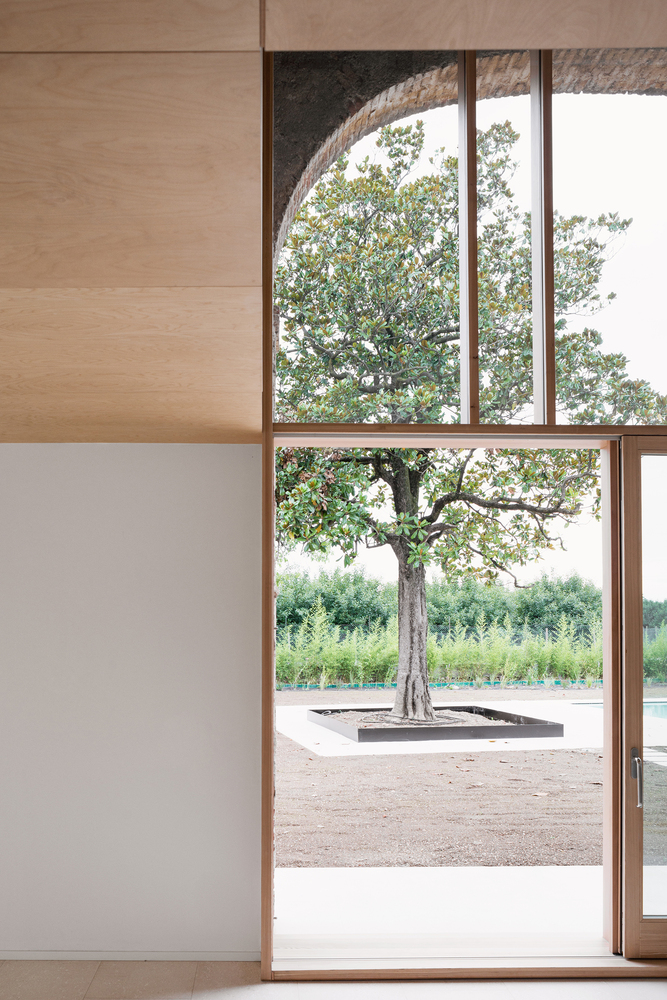 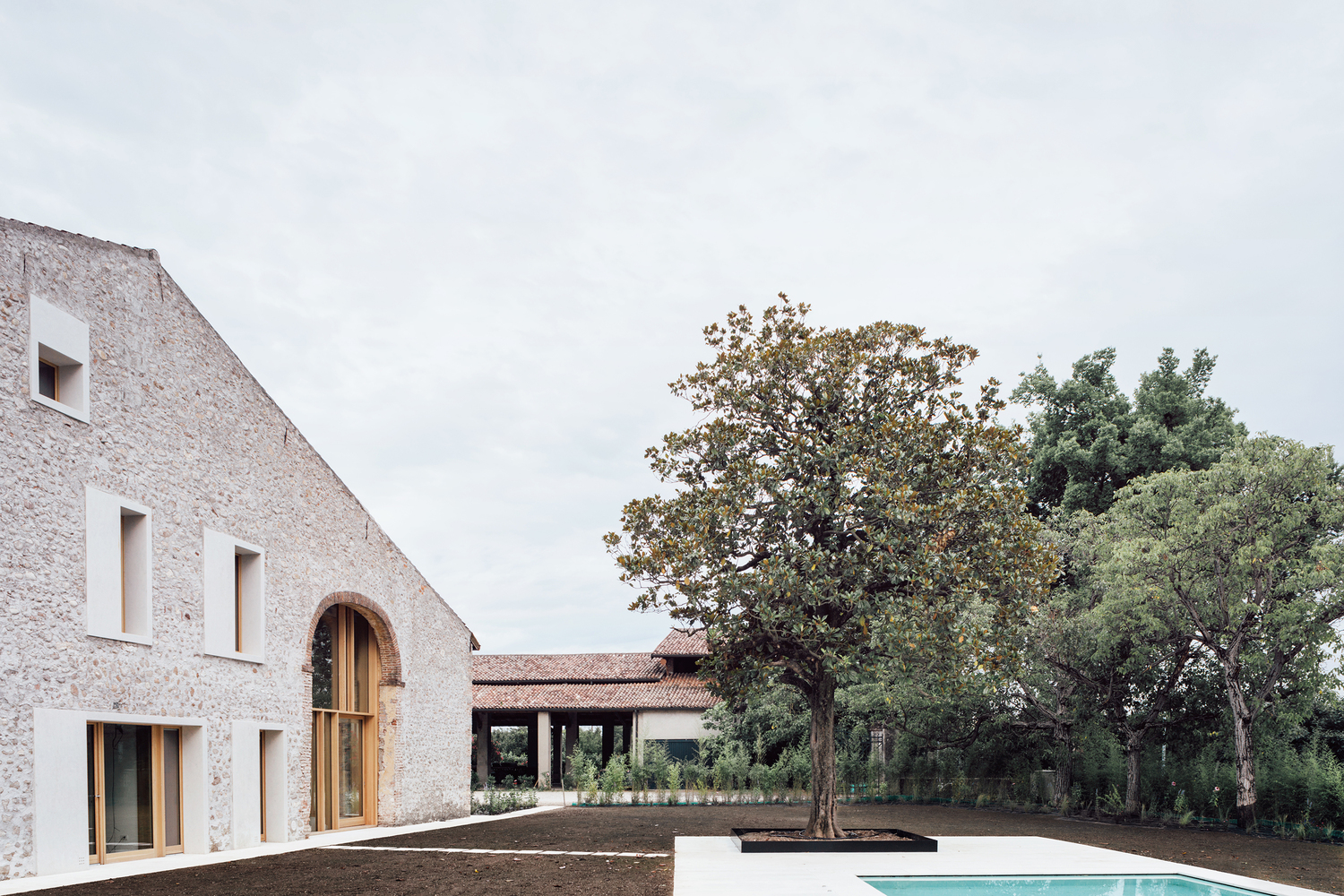 “Bordered by a square black flowerbed, in contrast to the stone flooring on which the pool is set, the tree is the protagonist of the outdoor space and perfectly dialogues with the house: the shadow of its foliage is projected at sunset on the stone facade and is visible from all rooms.”